London: King Charles III will be crowned at a slimmed-down Coronation next year, a month short of 70 years since his then 27-year-old mother took centre stage at Westminster Abbey.

Buckingham Palace has announced the ancient ceremony will take place on Saturday, May 6 where the new monarch will be crowned alongside his wife, Camilla, the Queen Consort. 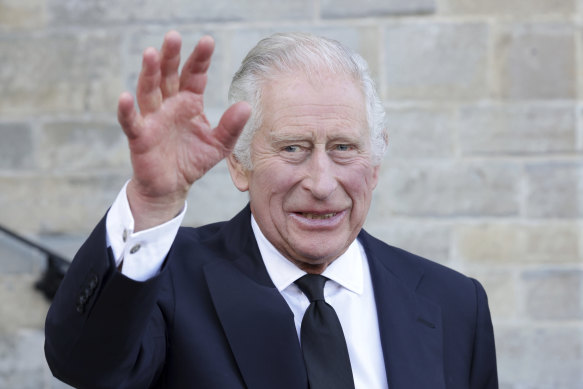 King Charles III will be formally crowned in a ceremony in May next year.Credit:Getty

The palace said the service would reflect the monarch’s role today and “look towards the future, while being rooted in longstanding traditions and pageantry”.

It has been reported the King, who becomes the oldest monarch to be crowned in British history at the age of 74, is likely to dispense with several ancient and time-consuming rituals such as the presentation of gold ingots, which could appear particularly out of touch during a cost-of-living crisis.

A total of 8251 guests attended the Queen’s Coronation ceremony in 1953 – but Charles is said to want to trim down the guest list for his service. The stripped-back agenda is likely to reduce it from three hours to just over one, while the guest list is likely to be slashed to around 2000.

The King’s mother, Elizabeth II died on September 8 at Balmoral Castle, in the Scottish highlands. She was 96 and reigned for 70 years, longer than any British monarch in history.

The Coronation of the new sovereign traditionally takes place some months after accession to the throne, following a period of national and royal mourning as well as allowing time for the preparation required to organise the ceremony.

It is expected that the King will sign a proclamation formally declaring the date of the Coronation at a meeting of the Privy Council later this year. 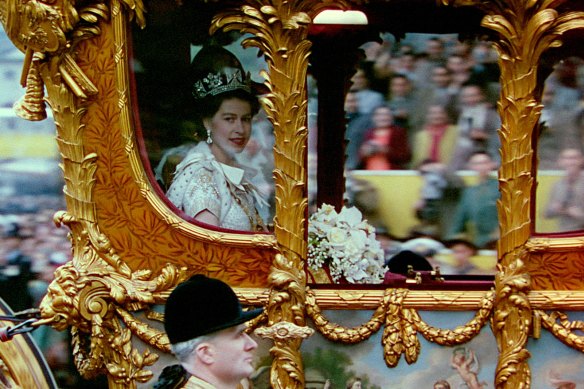 The 1762 Gold State Coach – refurbished at great cost for the Queen’s Platinum Jubilee – will also be part of the Coronation procession.Credit:SMH Archives

For the past 900 years, the ceremony has taken place at the Abbey and since 1066, the service has almost always been conducted by the Archbishop of Canterbury. It is a traditionally solemn religious service, together with an occasion for celebration and pageantry.

The Duke of Norfolk, who as Earl Marshal is responsible for organisation the King’s coronation, has been tasked with designing a simpler, shorter and more diverse ceremony that reflects modern Britain. It is expected to be more religiously and culturally diverse than past coronations.

Velvet chairs made for Queen Elizabeth II’s coronation in 1953 are likely to be replaced with standard seating and the dress code for peers will be lounge suits rather than coronation robes.

While the late Queen wore a series of garments in keeping with tradition: “King Charles is unlikely to do the same and the language will be adapted so as to be understandable to a more modern audience,” a source told the Mail on Sunday.

The suggestion raises the prospect that the King, who will be crowned alongside the Queen Consort, will opt to ditch one of the imperial or sacred garments worn by successive monarchs for centuries.

Despite wanting a change in tone from the expected pomp and ceremony, the 1762 Gold State Coach – refurbished at great cost for the Queen’s Platinum Jubilee – will also likely be part of the Coronation procession.

Psst…Amazon has a secret coupon page — save nearly 50%!