AN historic San Francisco Victorian home has changed its address for the first time in 139 years.

Early this morning, the green-colored house with large windows and a brown front door hit the road. 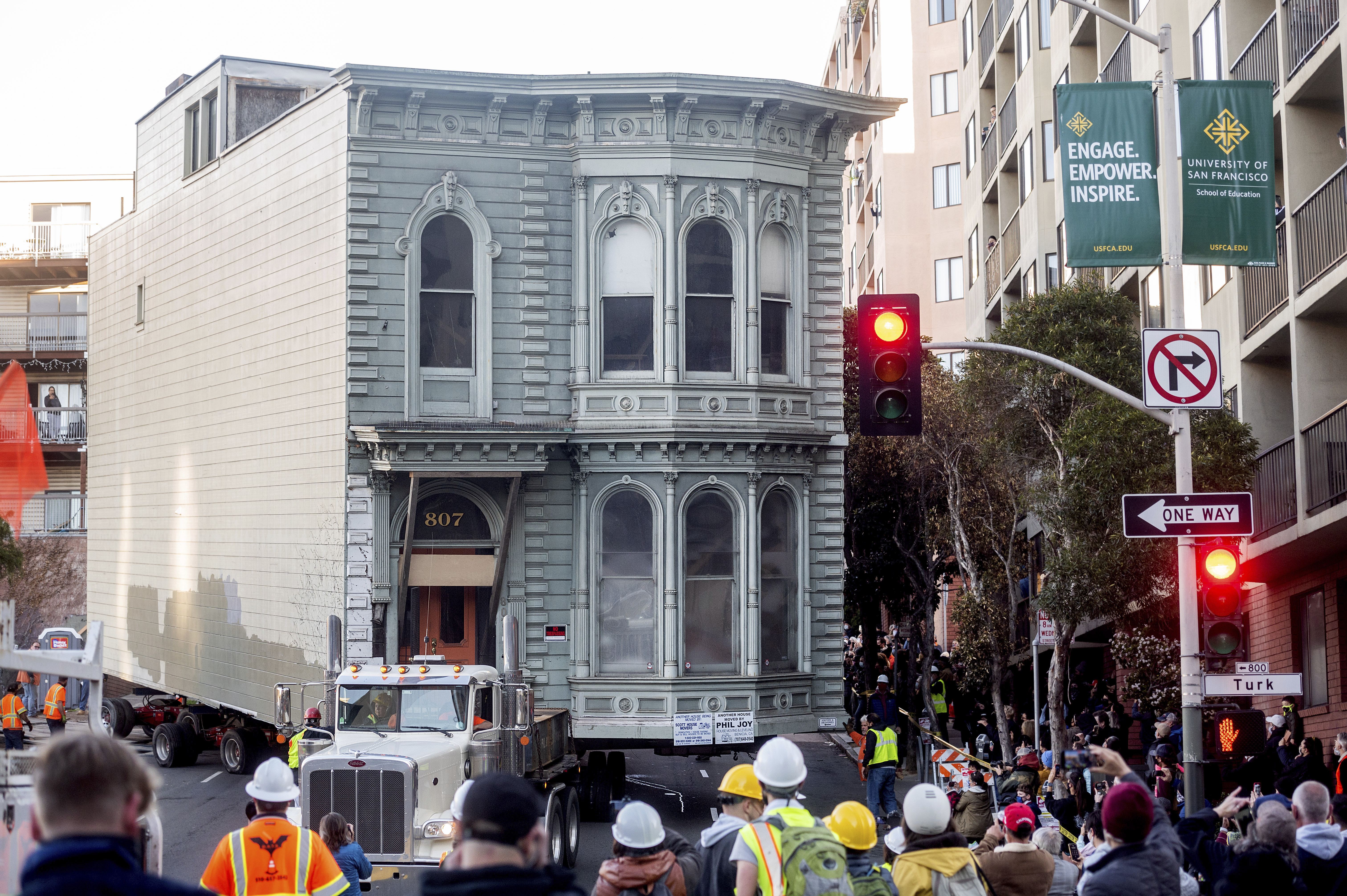 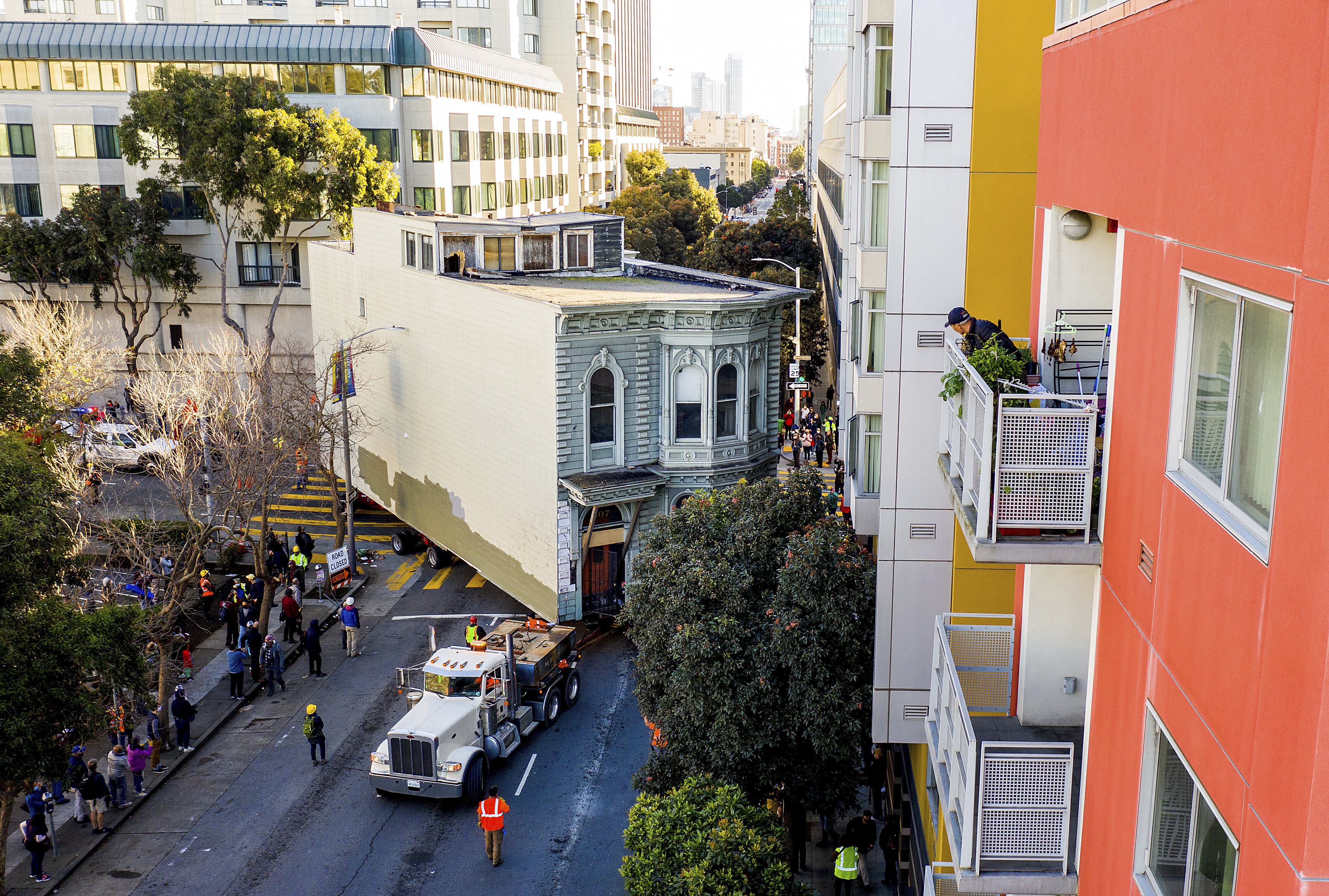 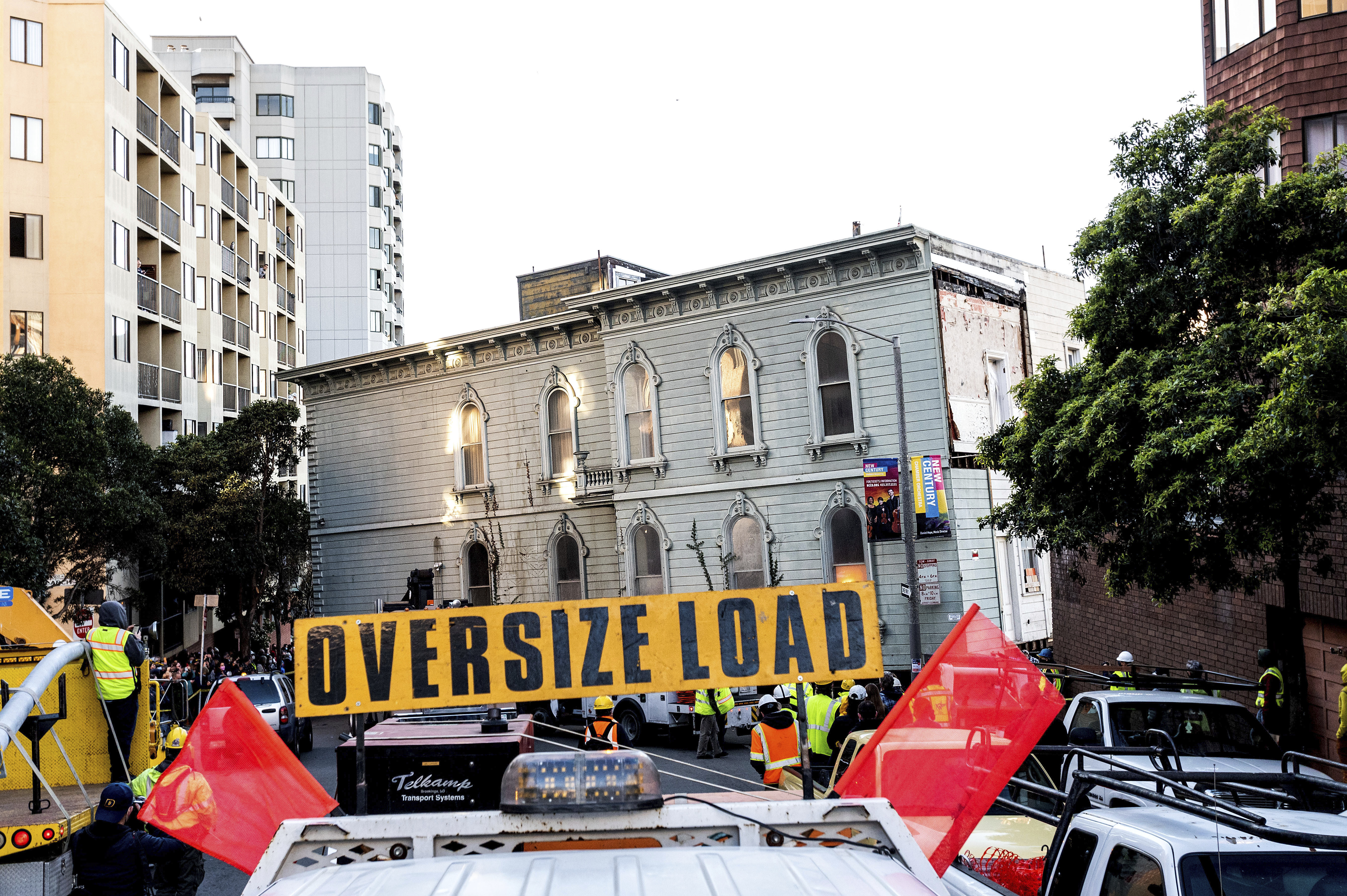 lurched out across five lanes of the city’s Franklin Street as it began its journey.

Meanwhile, some 600 onlookers witnessed the bizarre spectacle of the house being loaded onto giant dollies and then moved to a location six blocks away.

The structure was then rolled at a top speed of 1mph to 635 Fulton Street.

At one point the crew had to untangle the corner of the house from the light pole as the house just made the turn and headed downhill along Franklin Street.

Along the route, parking meters were ripped up, tree limbs were trimmed and traffic signs were relocated.

The house’s journey has been in the planning stages for years, the San Francisco Chronicle reported.

Veteran house mover Phil Joy told the newspaper he had to secure permits from more than 15 city agencies. 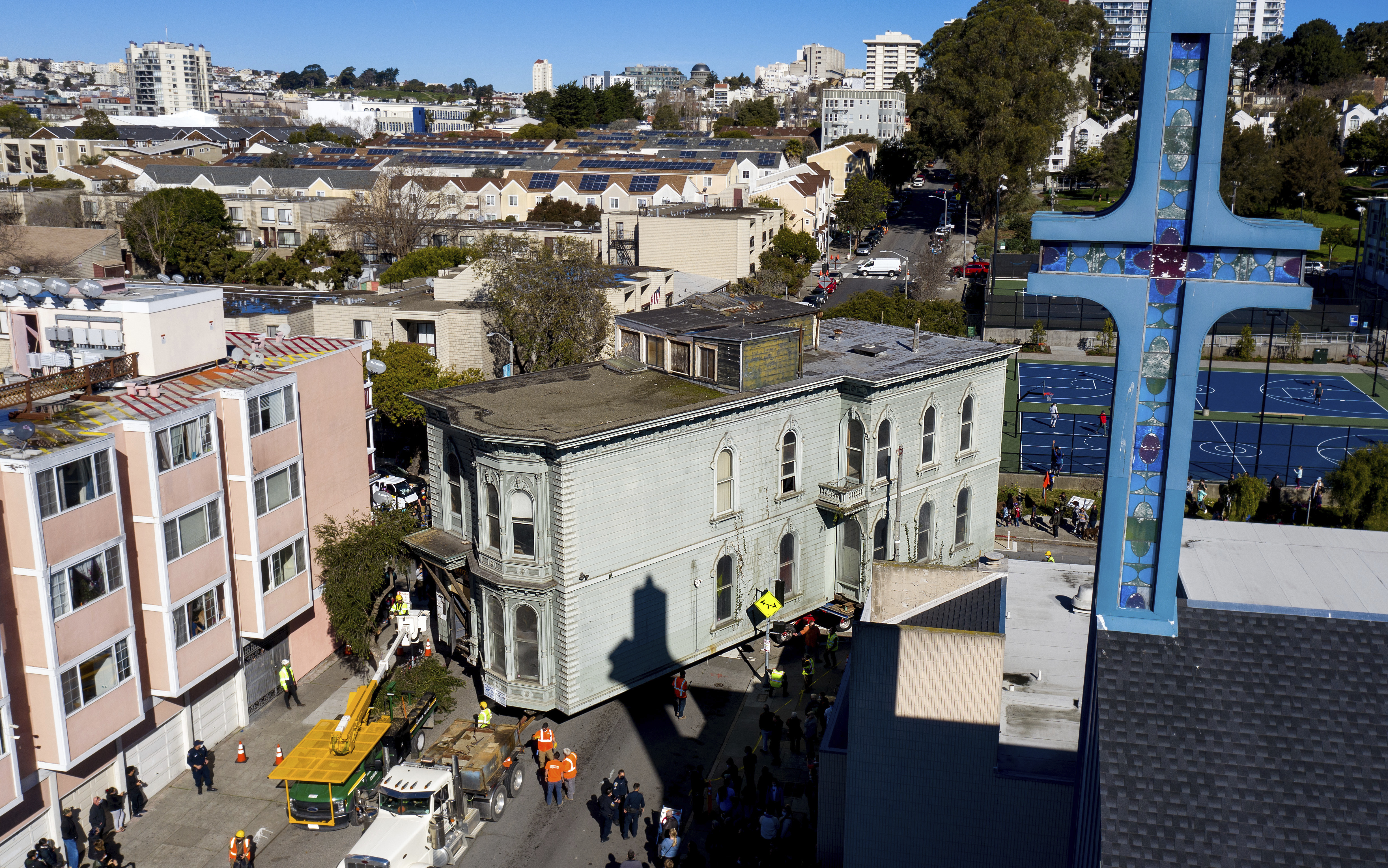 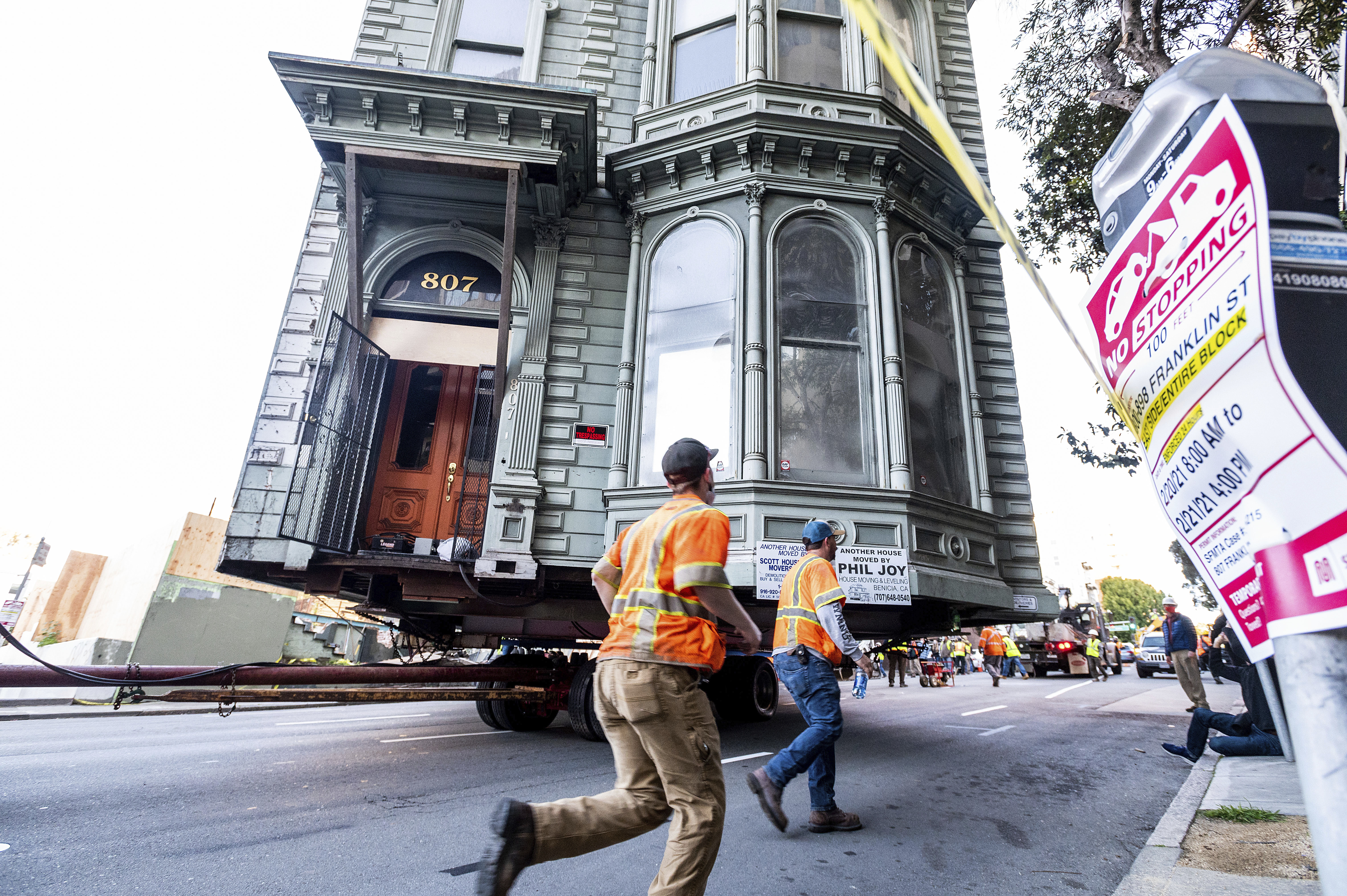 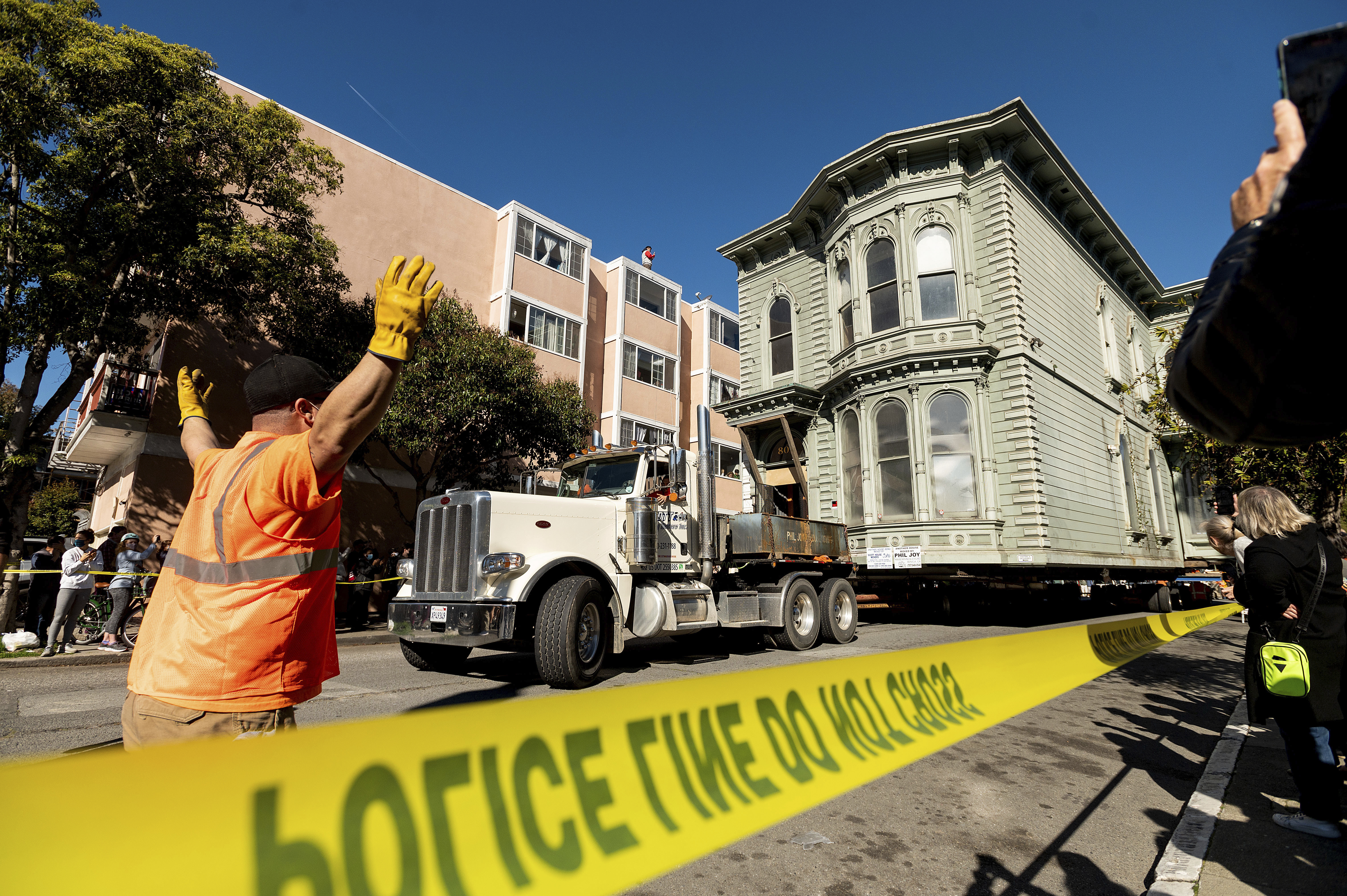 Fiona McDougall, a member of the Victorian Alliance of San Francisco, told the Chronicle.

She said: "These houses are part of the fabric of San Francisco.

"It’s important to preserve them rather than replacing them with a bunch of cold boxes."

Tim Brown, a San Francisco broker and the owner of the Victorian, paid about $400,000 to move the house.

The site at 807 Franklin St. is to become a 48-unit, eight-story apartment building, while the transported Victorian will be anchored at 635 Fulton St. and converted to seven residential units.

What to Know About Elisa Lam's Death, Featured in Netflix's The Vanishing at the Cecil Hotel