The hooded boy, thought to be in his young teens, was laughing with a gang of children as he pulled out the blade. 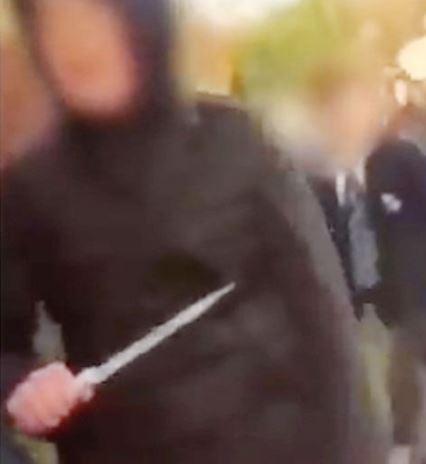 The chilling footage was captured outside Downend School in Bristol, the former secondary school of Home Secretary Sajid Javid.

In the video, that was posted on Instagram, he seemed to point to the crowd of shifty pupils and then pulls out the huge blade.

Avon and Somerset Police believe they have identified the youth and have said that they are taking "positive action" once their enquiries are over.

The teen was spotted with the blade last Friday outside the school gates, surrounded by uniform-clad children. 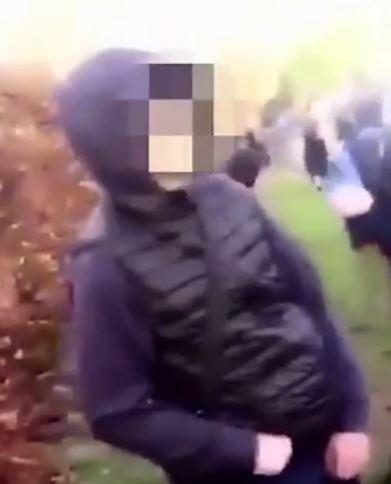 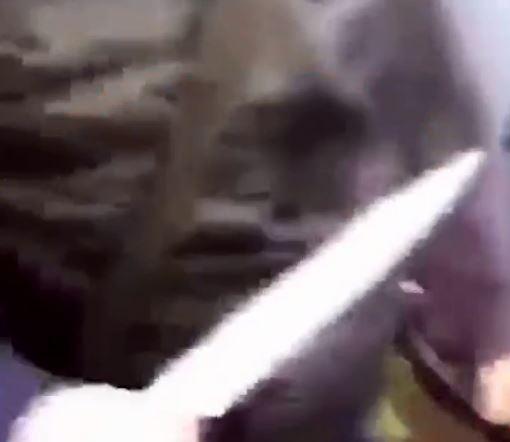 Castle School Education Trust, who run the school, have said that the boy is not a pupil or associated with the school but that staff dealt with the situation immediately. 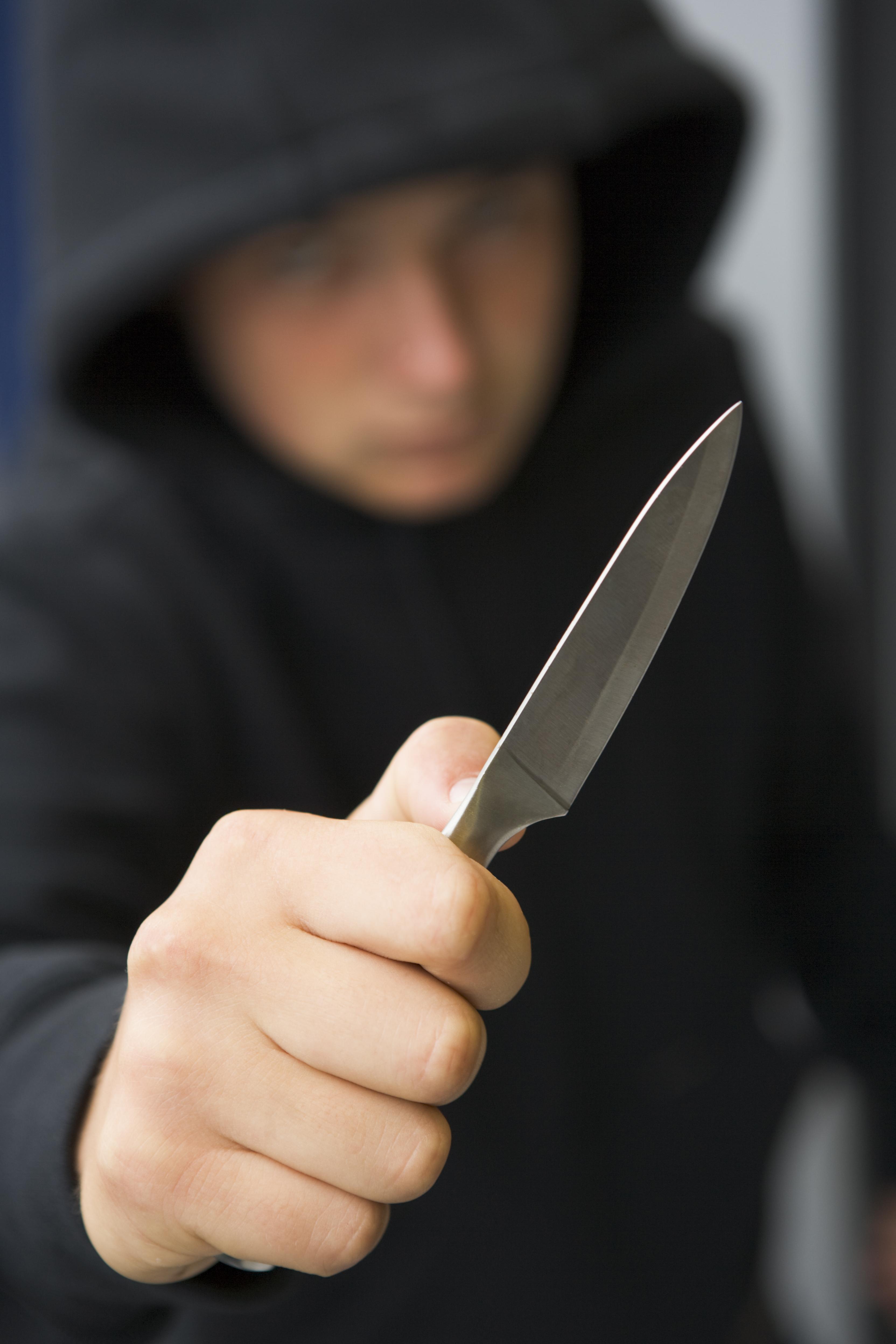 Campaigners have slammed the video, saying that it is one of many examples of teens making a "mockery" of police and the country's laws.

Ann Oakes-Odger, whose son Westley was stabbed to death in Colchester, Essex in 2005 when he was 27, said: "For many teenagers carrying a knife is a way of sticking a single finger up at our laws.

KNIFE CRIME IN THE UK

"These youngsters are laughing at the law because they know that essentially they are only risking a slap on the wrist."

In Huddersfield a 16-year-old was filmed running across the street with a machete just last month.

Bristol West’s Labour MP Thangam Debbonaire said: “We have an epidemic of knife crime across the country.

"When the government’s cut youth services, police funding, and schools are struggling, its Serious Violence Strategy is a sticking plaster.

"Young people are dying. It’s too high a price to pay.”

Levels of knife crime have soared by 30 per cent, with 5,000 more criminals attending court in knife-related offences than five years ago.

According to the Home Office, the knife crime hotspots in the UK are London, West Midlands, Nottinghamshire, Merseyside and Cleveland.

If you might be concerned that someone you know is carrying a knife, you can contact fearless.org anonymously.

Sportswriter jumps into action when videographer has heart attack, stroke in MLB dugout