Partygate snaps could come out: Images of Boris Johnson attending gatherings in Downing Street during Covid lockdowns may emerge during new probe

Bombshell photographs of Boris Johnson attending parties in Downing Street could be made public by the new Commons investigation approved yesterday.

The committee of privileges will consider whether the Prime Minister knowingly misled the House over lockdown-busting gatherings.

If it finds him in contempt of Parliament, it could recommend that he is forced to apologise, suspended from the Commons, or even expelled. 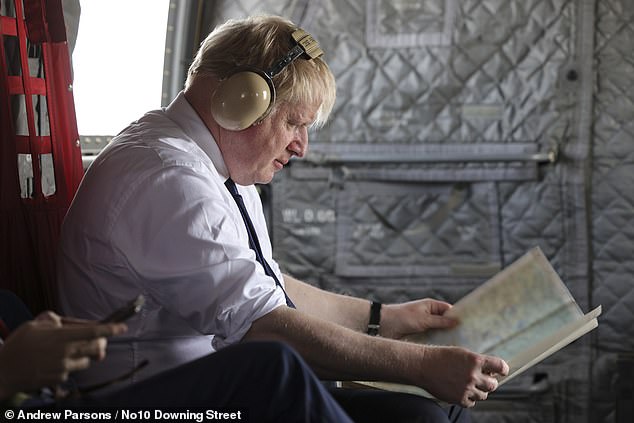 Boris Johnson, who flew to India, learned some 300 images of Downing Street parties taken by his official photographer could be released to a Parliamentary committee of privileges investigating Partygate 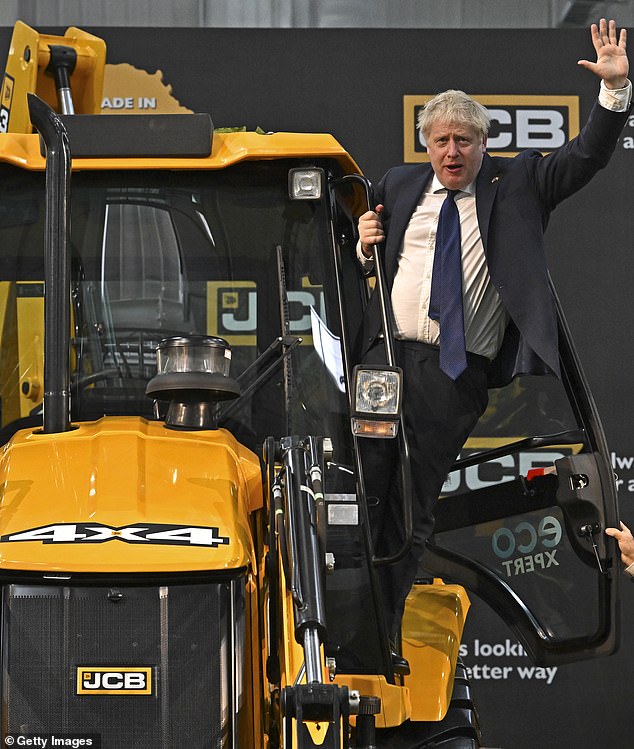 So far, no pictures have been made public of any of the 12 events being investigated by the police, which include a ‘bring-your-own-booze’ garden party, a gathering in the Cabinet Office to mark Mr Johnson’s 56th birthday, and a series of leaving dos

Any sanction would still need to be approved by MPs.

The committee, which has existed in some form since the 17th century, will be able to compel the release of documents, such as photographs of the Downing Street parties.

A dossier of more than 300 images have been handed to Scotland Yard by senior civil servant Sue Gray, who led a Cabinet Office probe into the matter. They include some taken by the official No 10 photographer.

So far, no pictures have been made public of any of the 12 events being investigated by the police, which include a ‘bring-your-own-booze’ garden party, a gathering in the Cabinet Office to mark Mr Johnson’s 56th birthday, and a series of leaving dos.

The privileges committee is a cross-party group of seven MPs with a Tory majority. Its chairman is Labour’s Chris Bryant – but he has recused himself from the investigation into Mr Johnson because of critical remarks he has made about him.

The most recent case considered by the committee related to Mr Johnson’s former aide Dominic Cummings in 2018. 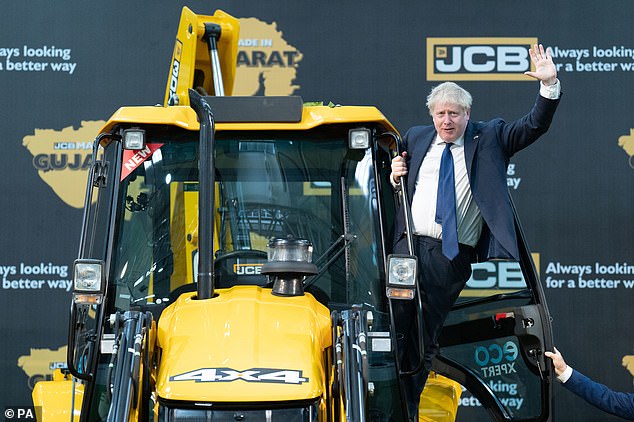 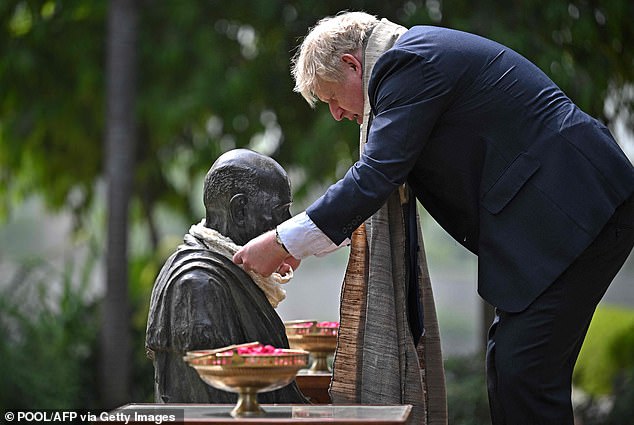 While the Prime Minister is 4,000 miles away on a two-day visit to India, opposition parties will attempt to launch an inquiry into whether he misled the Commons over raucous drinking events in Downing Street. 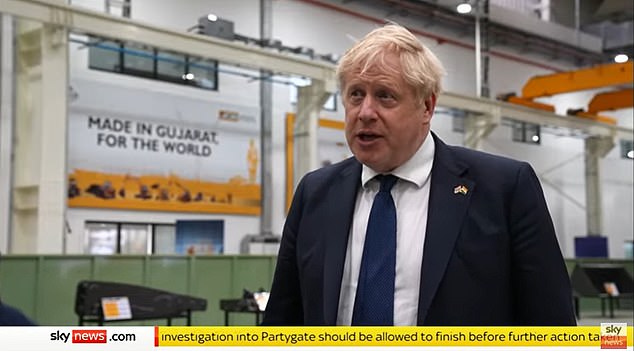 Mr Johnson said today that he wanted to ‘let the investigators (the police) do their stuff’ before a parliamentary probe was started. Hours later his Government U-turned

He was found to be in contempt of Parliament after he refused to appear before a select committee investigating fake news.

The most recent investigation into an MP was into Tory Justin Tomlinson in 2016. He was suspended for two days for leaking a select committee report.

This comes as Prime Minister Boris Johnson suffered a major defeat in the Commons yesterday after his whips admitted they could not guarantee him a win to see off an opposition attempt to extend the Partygate investigation.

Government ministers yesterday morning insisted the party would vote against an investigation before the admission of defeat.

Despite the defeat, Johnson last night warned that Partygate investigations cannot go ‘on and on and on’ after a bid to block a new inquiry into the affair backfired. 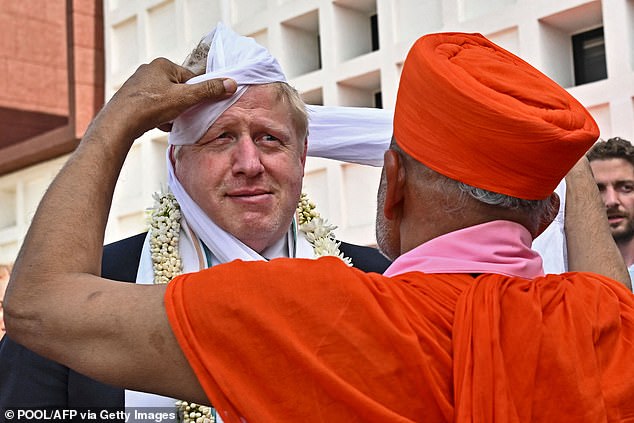 Downing Street was yesterday forced to abandon efforts to halt a new probe by a Commons committee just minutes before a debate on the issue.

Boris Johnson opened the door last night to easing immigration rules with India, saying that the UK is short of ‘hundreds of thousands’ of IT experts.

The Government is aiming to secure a free trade agreement (FTA) with India by the end of 2022 – and the PM signalled a relaxation of immigration rules could be part of it.

‘We are aiming for an FTA by the end of the year,’ Mr Johnson said. ‘On immigration I’ve always been in favour of having people coming to this country.

‘We have a massive shortage in the UK, not least in experts in IT and programmers. We need to have a professional approach but it has to be controlled.’

He made the comments as he flew to India, where he will today hail a new era in the UK and India’s trade relationship.

He will confirm more than £1billion in new investments and export deals, creating 11,000 jobs across the UK.

No 10 dropped plans to table a ‘wrecking amendment’ after Tory whips warned that dozens of MPs were not willing to support it. One source said up to half a dozen ministerial aides had threatened to resign if they were ordered to vote for the Government’s amendment.

Mr Johnson yesterday insisted he had ‘nothing to hide’, but warned the endless investigations could ‘crowd out’ the public’s priorities.

Speaking to reporters on a visit to India, which was overshadowed by the row, he said: ‘What I don’t want is for this thing to just go on and on and on.

‘We’ve had one inquiry, we’ve had a police inquiry, I think there’s got to be a way of drawing a line under it.’ Senior Tories believe Labour is deliberately dragging out the affair in a bid to maximise political damage ahead of next month’s local elections, in the hope of wrecking the PM’s agenda and forcing him from No 10.

Hinting at his frustration, Mr Johnson said: ‘The issue before us today is how much of my time and my energy can I expend on apologising?

‘I am extremely contrite for my mistakes, and I’ve said that, and I repeat it. The reality is I also have to get on and deliver on the priorities of the British people and I have to take our country forward.’

The Prime Minister faces a fresh inquiry into whether he deliberately misled MPs when he denied knowledge of rule-breaking – an offence that could see him suspended from the Commons.

The inquiry by an obscure committee of MPs has the power to demand photos and other evidence of alleged wrongdoing, and is likely to take months, frustrating efforts by the PM to move on to other issues, such as tackling the cost of living.

In other developments on a chaotic day at Westminster:

Chancellor Rishi Sunak has said he is ‘extremely and sincerely sorry’ for the hurt he caused by his attendance at a Downing Street birthday gathering for Boris Johnson during lockdown.

Mr Sunak, in Washington for the spring meeting of the IMF, said he respected the decision of the police to issue him with a fixed penalty notice (FPN) but added he had never considered resigning over the issue.

Mr Sunak was among a tranche of 30 people including the PM and his wife Carrie who were handed a fine last month. The Chancellor was censured  for attending the PM’s 56th birthday party in No10 in June 2020.

‘I fully respect the decision that the police have reached,’ he told the BBC.

‘I paid the FPN notice straightaway and I am extremely and sincerely sorry for the hurt and the anger that this has caused so many people.

‘I have always acted, I believe, in good faith in regard to what I said to Parliament.’

Asked if he had considered resigning, Mr Sunak said: ‘No. I am focused on getting on with the job I have got to do.’

Yesterday’s row was sparked by a Labour bid to force an inquiry by the Commons privileges committee into whether Mr Johnson knowingly misled MPs over lockdown parties in No 10 – something he denies. On Wednesday night, the Government unveiled a ‘wrecking amendment’ which would have delayed the vote for months.

Tory MPs were put on a three-line whip to support the amendment, and Education Secretary Nadhim Zahawi was sent out on to the airwaves yesterday morning to defend it. But despite having a Commons majority of almost 80, Tory whips were not confident they could persuade enough MPs to block the inquiry. Labour warned it would use local election literature to ‘name and shame’ any MP who voted against the inquiry.

Tory MP Felicity Buchan condemned Labour’s ‘threatening, bullying, toxic’ approach, but the tactic was effective, with dozens of Tory MPs telling party whips they would abstain, prompting the Government to drop its amendment.

The U-turn revived criticism of the PM’s Downing Street operation, with one senior Tory describing it as ‘the worst of all worlds’.

But Mr Johnson, who was more than 4,000 miles away on a pre-planned trip to India, defended the move, saying: ‘People were saying it looks like we are trying to stop stuff. I didn’t want that.

‘I didn’t want people to be able to say that. I don’t want this thing to endlessly go on. But I have absolutely nothing to hide. If that is what the Opposition want to talk about, that is fine.’

Labour’s motion was eventually passed without a vote. But the inquiry will not begin work until the Met Police have finished their investigations into a dozen alleged parties, and Whitehall ethics chief Sue Gray has published her report on the affair.

Mr Johnson’s fate will then be placed in the hands of the powerful, but little known, Commons privileges committee. The committee’s Labour chairman Chris Bryant has agreed to stand aside from the inquiry after savaging the PM’s conduct, leaving the committee with a four-two Tory majority.

Mr Baker said the ‘barbaric’ nature of the lockdown laws imposed on the country meant there could be no excuse for breaches by those who set them.

‘There should have been no cake in No 10 and no booze in No 10,’ he said. ‘These things should not have happened.’ 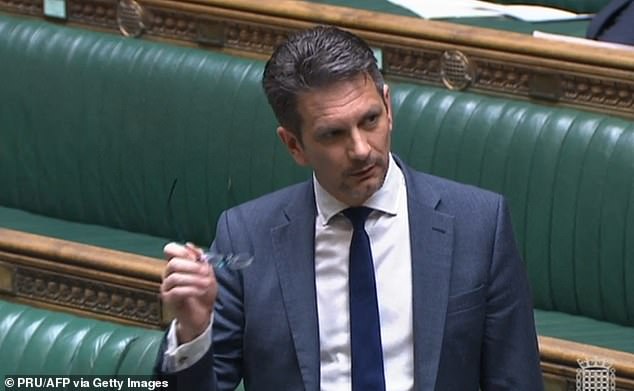 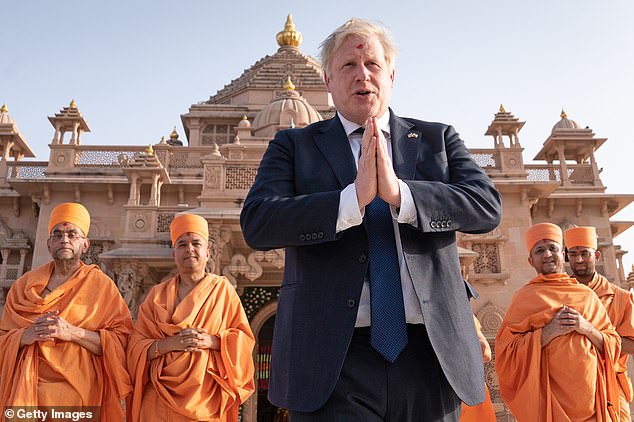 Boris Johnson is more than 4,000 miles away from Westminster on a trip to India as he suffered a series of fresh blows in the Partygate scandal that is threatening his political future 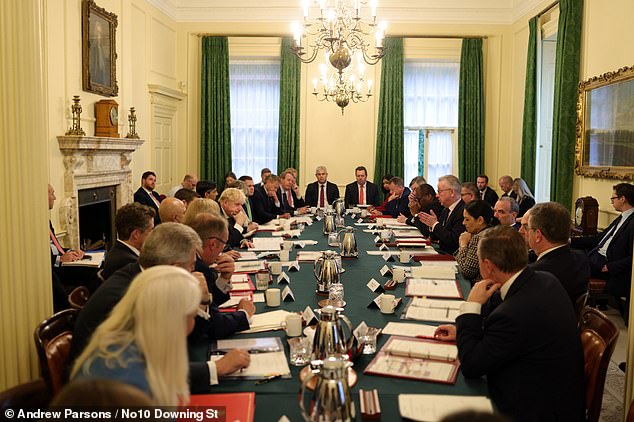 Cabinet ministers were told by Mr Baker that ‘if they do not rise to this moment, they are failing in their duty’. He told them to tell the PM to ‘bank your successes and go before you lead us to defeat’

William Wragg, a long-time critic of Mr Johnson, said he was doing a ‘good job’ on Ukraine, but added: ‘Much as I may try, I cannot reconcile myself to the PM’s continued leadership of our party and country.’

In a scathing speech, he said it was ‘utterly depressing to be asked to defend the indefensible. Each time, part of us withers’.

Totnes MP Anthony Mangnall, who has submitted a letter of no confidence in the PM, said: ‘I do forgive the Prime Minister for making those mistakes, but I do not forgive him for misleading the House.’

But environment minister Zac Goldsmith launched a stinging attack on Mr Johnson’s critics, saying many of them were ‘annoyed they’re not PM, annoyed they’re not ministers, or who simply know that bashing Boris turns them instantly into “top Tories”.’

The row overshadowed Mr Johnson’s trip to India, where he appeared irritated by a string of media questions.

During a fractious interview with Sky News, he repeatedly pointed to his watch and urged the channel’s political editor Beth Rigby to focus on the ‘substance’ of the visit to one of Britain’s biggest allies.