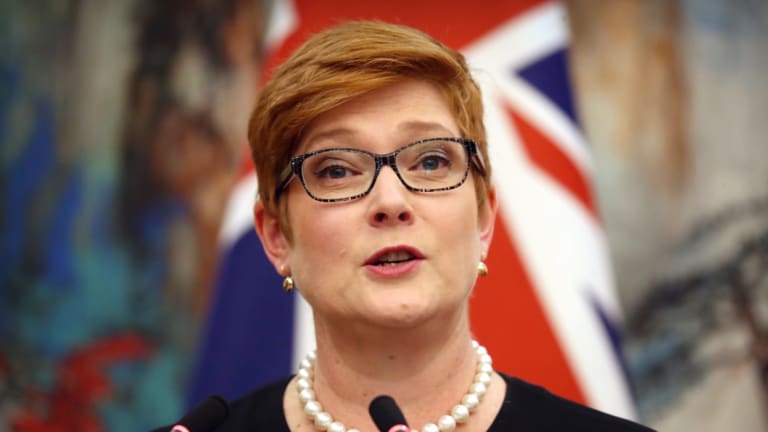 The pair are scheduled to attend the Bali Democracy Forum on Thursday, where Ms Retno is a keynote speaker and Ms Payne will participate in a panel discussion.

But it is their meeting on the sidelines of the Forum, which will be the second between the pair since the leaking of Ms Retno's WhatsApp messages to Ms Payne, that is of more significance.

A spokesman for Ms Payne on Wednesday morning refused to confirm if the meeting with Ms Retno would take place – underscoring the diplomatic sensitivities over the issue – but a source in the Indonesian Foreign Ministry confirmed it would.

The minister was later forced to confirm the meeting when pressed on the matter by Labor foreign affairs spokeswoman Penny Wong during Senate question time.

"I will be addressing the Forum tomorrow and participating in it … and I will be meeting with her [Ms Retno] again tomorrow".

Ms Payne dismissed suggestions the delay in signing the free trade deal and the embassy controversy were linked – despite clear indications to the contrary from Jakarta.

Repairing the relationship with Ms Retno- who is viewed as playing hard ball over the possible shift of Australia's Israeli embassy from Tel Aviv to Jerusalem, and who has had a hand in delaying the signing of the Indonesia-Australia free trade deal – will Ms Payne's top priority. 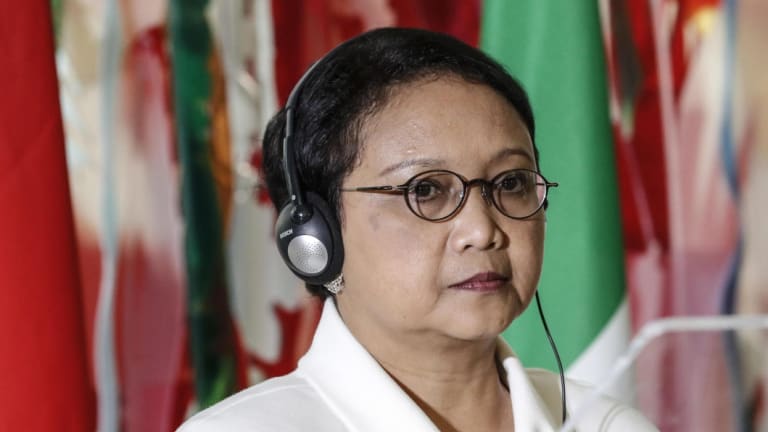 Australia's ambassador to Indonesia, Gary Quinlan, is also likely to attend the meeting between Ms Payne and Ms Retno.

In the messages leaked to the Seven Network in October, Ms Retno warned Australia's talk of recognising Jerusalem as Israel's capital and moving its embassy there would be a "really big blow" that "will affect bilateral relations and would "slap Indonesia's face on the Palestine issue".

Since then, the signing of the Indonesia-Australia free trade deal has been put on hold because of objections to the possible move from Indonesia.

Indonesian Trade Minister Enggartiasto Lukita has said the deal is ready to be signed at any time – before subsequently having to clarify that final sign-off was being delayed by Ms Retno and her ministry.

In a more hopeful sign for trade relations between the two nations, influential cabinet minister Luhut Pandjaitan last week told The Sydney Morning Herald and The Age that the deal would still be signed by the end of the year despite the current diplomatic difficulties between Australia and Indonesia.

Just a handful of countries, including the United States and Guatemala, have their embassies in Jerusalem and the issue is politically sensitive in Indonesia because of the nation's strong support for Palestinian statehood.

Prime Minister Scott Morrison has said a decision on whether Australia will move its Israeli embassy is due before Christmas.

A whole-of-government’ review is underway to try and resolve whether or not Australia should move its embassy from Tel Aviv, while a number of 'wise elders' including former DFAT and Defence boss Dennis Richardson and former Australian Defence Force chief Angus Houston are also involved in consultations – highlighting just how sensitive the issue is in Canberra.

This contrasts sharply with the Morrison government's initial decision to announce the possible embassy move without consulting any of its top bureaucrats.