A PERSONAL trainer who is afraid of sweat won a disability claim after she refused to pick up used towels at a gym. 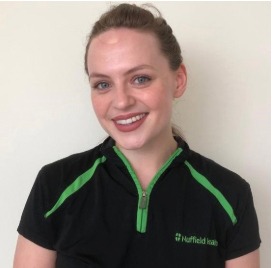 She said she told bosses before starting in May 2019 that she suffered from an anxiety disorder “triggered as a result of cleanliness and hygiene issues”.

But within weeks of starting, her boss asked her to pick up sweaty towels from the floor.

She told him: “It’s an actual condition, I don’t want you to think I am being selective. It’s a real thing.”

Ms Burton said she felt “embarrassed at having to explain and justify my condition”.

She added: “He was challenging everything I said — I was trying to say I cannot physically do it. I said I can’t have them physically touching my body.”

Bosses at Nuffield Health, in Crawley, West Sussex — where she is still employed — compared her career choice to someone with a milk allergy working in a coffee shop.

However, her rota was adapted to take her condition into account. But Ms Burton told an employment tribunal in Croydon, South London, that bosses continued to quiz her so she filed a complaint.

The manager handling her complaint concluded that Ms Burton was hostile and impossible to work with.

But a tribunal judge ruled she was the victim of unlawful harassment and should be paid compensation, to be decided at a later date.

UK gyms set to stay closed until autumn at the earliest