Home » World News » Perth surgeon didn’t tell FIFO worker she had cancer. And then she died

A Perth doctor who didn’t tell a patient she had cancer until it was terminal has been found guilty of professional misconduct following an investigation by the medical watchdog. 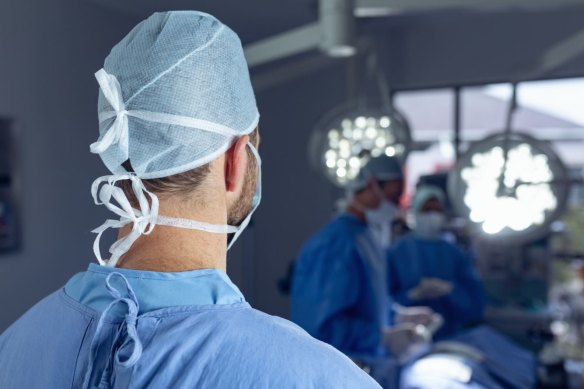 The woman heard she was terminal only two months before she died. Credit:iStock

The woman first came under his care in late 2015 when she was referred to the endocrine surgical team suffering abdominal pain.

Labib consulted with the patient for a year and initially believed a mass identified above her right adrenal gland was a haematoma and not the rarer condition of an adrenal tumour.

The woman underwent two scans in April and May 2016, which showed the mass was growing. In July, Labib reviewed the scans but did not inform the patient of the likely malignant tumour.

Instead, he ordered another scan, without urgency, to be done in October.

That scan showed the tumour had grown to 10 centimetres yet Dr Labib continued not to tell the patient or her GP of the results.

The woman was notified she had cancer during a consult with another doctor who took over her care in November – seven months after her first scan. By that time, the tumour had metastasised to her liver and was terminal. She died in January 2017.

The Medical Board of Australia afterwards barred Habib from practicing adrenalectomy.

The woman’s medical nightmare began in November 2015 when she attended Tom Price Hospital with pain in her left abdomen, nausea and vomiting.

She was discharged with pain relief.

The following day she attended the emergency department of Fiona Stanley Hospital where a CT scan was performed which identified a 5-centimetre mass, wrongly diagnosed as a haematoma.

The hospital determined urgent surgery was not required and discharged her, but referred her to have a follow-up CT scan and a review by the endocrine surgical team.

From that point on, for the next year until she received her terminal diagnosis, the woman was under the care of Dr Labib.

The matter was referred to the Medical Board of Australia who alleged Labib was guilty of professional misconduct.

“The Board alleged that [the April and May 2016 scan] reports should have alerted the practitioner to the fact that the mass was likely to be a malignant tumour and that urgent surgery was required,” it found.

“The Board alleged that the practitioner failed in his treatment of [the patient] by not recognising the real risk of a malignant tumour, by not acting with appropriate urgency, and by failing to offer early surgical intervention.

“The failings of the practitioner in the treatment of [the patient] were alleged to be of such gravity as to amount to professional misconduct.”

Labib accepted the misconduct, despite earlier attempts to minimise his wrongdoing while the matter was under investigation by the Australian Health Practitioner Regulation Agency.

In correspondence with the investigators, he claimed he had not been sent the results of the patient’s May and April CT scans until July.

“Any delay in treatment of this patient was due to a number of factors that were unfortunately out of my control,” he wrote in a 2018 letter.

“They include the fact that [her] job as a FIFO worker, meant that scheduling of appointments was difficult.

“As the only specialised endocrine unit south of the river, we are dealing with half the population of Western Australia, which is putting a great amount of pressure on both of us to deliver quality care for our patients.”

Coronavirus London map – how many cases have been confirmed in the capital?

P.J. O'Rourke dies at the age of 74 after battling an illness