Pervert software engineer, 32, is jailed for 26 months after hacking into schoolgirl’s webcam and secretly filming her showering and undressing in campaign of voyeurism that saw him spy on more than 30 victims 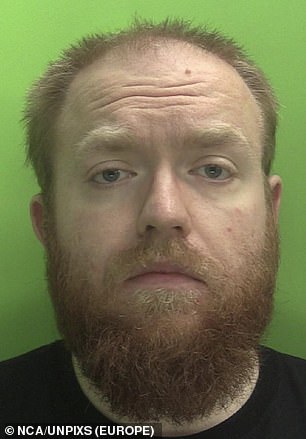 Robert Davies, 32, has been jailed for two years and two months

A perverted software engineer hacked into a schoolgirl’s webcam and secretly filmed her showering and undressing as part of a campaign of cyber voyeurism that targeted more than 30 victims.

Robert Davies, 32, who has been jailed for two years and two months, was found with photos of the girl on his laptop in addition to a further 27 indecent photos and videos of children.

He also spent two years befriending one 11-year-old girl before gaining access to her computer and switching on her webcam.

Davies used malware to remotely access his victims’ webcams, files and chat histories without their knowledge, before stealing intimate pictures and videos.

In some cases, he created fake Skype accounts to ‘catfish’ his victims into performing sex acts with him.

Davies first came to the attention of the National Crime Agency (NCA) in 2019 after he purchased a number of cybercrime tools, including crypters (encryption software) and remote administration tools (RATs).

He was also identified as a customer of weleakinfo, an online marketplace selling stolen credentials, which was taken offline last year.

Davies infected his victims’ phones or computers with malicious software by disguising it with the crypters so their anti-virus protection would not detect it.

He then used the RATs to gain remote access to their devices and steal any sexual images (mainly of women) they had stored on there.

The pervert was arrested three times between November 2019 and August 2021, each time being charged with further offences as officers analysed his devices and the true scale of his offending came to light. 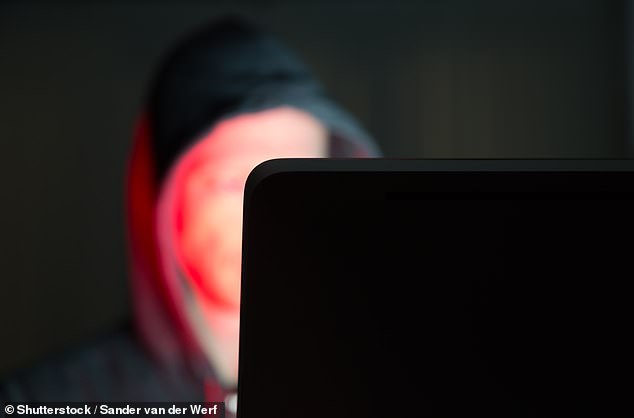 Davies also spent two years befriending one 11-year-old girl before gaining access to her computer and switching on her webcam. File photo

Yesterday, he was sentenced to Nottingham Crown Court to 26 months in prison.

He was also placed on the sex offenders’ register, given a 10 year restraining order on five of the victims and a 10 year sexual harm prevention order.

Andrew Shorrock, Operations Manager from the NCA’s National Cyber Crime Unit, said: ‘Davies had amassed what can only be described as a cyber criminal’s toolkit.

‘Not only was he using these tools to break into peoples’ devices, he was using them to spy on his unsuspecting victims and to steal naked images of them for his own sexual gratification.

‘Even more disturbing is the fact that at least one of his victims was a teenager and we found a collection of images and videos of child sexual abuse on his computer.

‘Increasing the barrier of entry into cybercrime by reducing the availability of, and accessibility to, off-the-shelf tools is a key focus for the NCA. We work with a range of partners to target both criminals and their infrastructure, to ultimately disrupt and deter this type of offending.’

This Is the Rarest Zodiac Sign in the World

NYC daylight shootings from May to July more than doubled in 2020, data shows