Piers Morgan has called on Joe Biden to address the corruption allegations against embattled son Hunter, as he slammed the mainstream media for trying to suppress the scandal days before the presidential election.

Morgan accused the former vice president of throwing a ‘tantrum’ after he failed to properly respond to reports about Hunter’s emails that could potentially implicate him in his son’s international business dealings during his time as VP.

The bombshell expose by the New York Post has been dominating headlines since its release last Wednesday however the Bidens are yet to deny the authenticity of the documents. 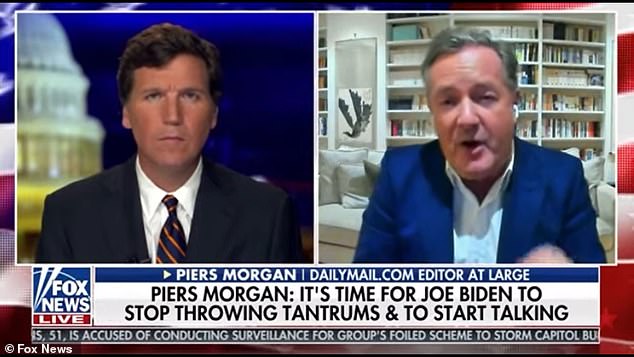 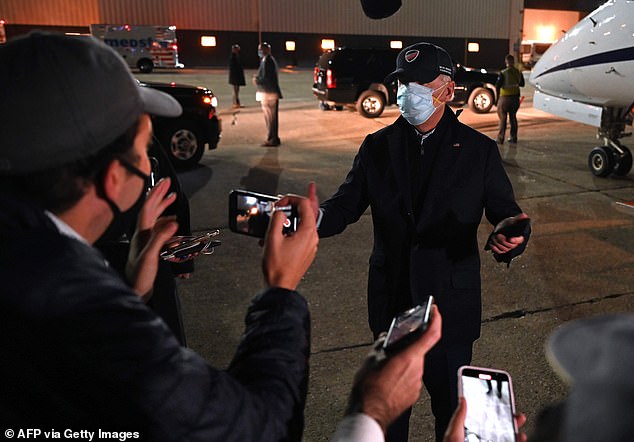 Joe Biden and his son Hunter are facing renewed scrutiny related to Hunter’s business dealings overseas after his abandoned laptop was found to hold e-mails that allegedly show Joe Biden was in on Hunter’s deals. Joe Biden’s campaign has denied any wrongdoing

Biden instead lashed out when asked to comment by reporters last Friday, saying he had no response and called the allegations a ‘smear campaign.’

‘Joe Biden wants to be the decent candidate. He wants to be the antidote to the devilish Donald Trump – OK, then come forward and speak honestly and openly about these allegations,’ Morgan told Fox News host Tucker Carlson on Tuesday.

‘It doesn’t matter what side you’re on here. Journalism, freedom of speech, dictates that when a story like this drops and it’s not being denied by the people it’s accusing for six days now, clearly there’s something there that they want to hide,’ he said.

Morgan spoke out a day after he published a DailyMail.com column urging the presidential candidate to finally address the scandal and accused the media of trying to kill the story.

He accused news stations as well of social media giants of holding a double standard when it comes to reporting on accusations leveled against Biden, compared to that of his Republican rival Donald Trump.

‘The job of [the media] is to go and investigate the claims the New York Post has made. It is not the job of tech giants such as Facebook and Twitter to have an instinctive reaction to suppress every element of that story,’ Morgan told Carlson.

‘Or for most of the mainstream media to say “nothing to see here, in fact the only story is this terrible smear on the Bidens”.’

Here’s Hunter: The Democratic candidate’s son’s photos were part of the laptop which was obtained by Rudy Giuliani’s attorney and has now been released by the president’s lawyer 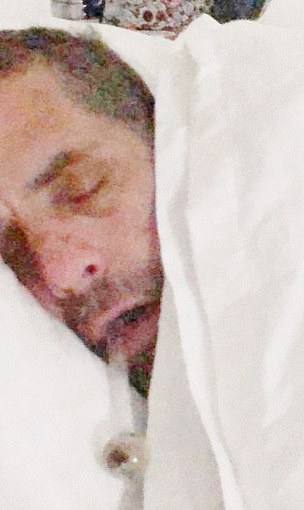 The New York Post published a photograph, said to be found on an abandoned laptop, showing Hunter with a crack pipe in his mouth, left. A series of compromising pictures of Democratic candidate Joe Biden’s son Hunter, 50, (above) have been released just weeks ahead of the US election on November 3

‘You must expose him to exactly the same scrutiny you would do if it was Donald Trump and his son. And at the moment, that is not happening. There’s a conspiracy happening right in front of our eyes to make this story go away,’ Morgan added.

Morgan called the media coverage, or lack thereof, ‘one of the most extraordinary selective suppressions of freedom of speech’ he’s ever seen.

‘Imagine if we switched the names around. Imagine if this story was about Donald Trump Jr and Donald Trump, what would be happening?’ he said.

‘Joe Biden needs to come out. He needs to talk about this, but there is such tribalism now in America. It’s driven by social media, everyone gets in their tribe and they can’t deviate from it. ‘

Biden finally responded to the reports two days after they emerged as he was grilled by reporters while boarding his private jet after a campaign stop in Michigan Friday night. 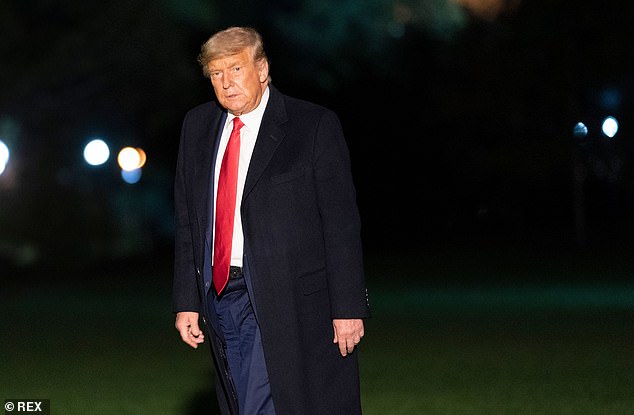 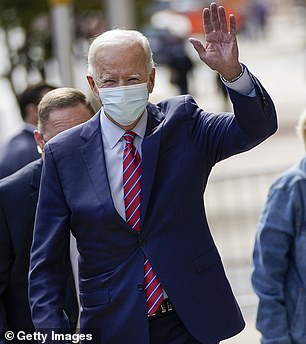 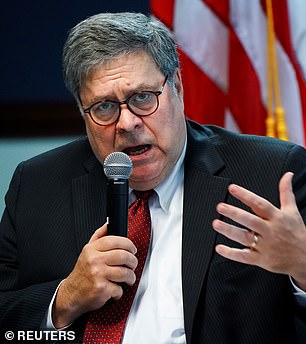 Trump said he wanted Barr to act before the election

‘Mr Biden, what is your response to the New York Post story about your son, sir?’ CBS News reporter Bo Erickson said.

‘I know you’d ask it,’ Biden replied heatedly, wearing two masks. ‘I have no response, it’s another smear campaign, right up your alley, those are the questions you always ask.’

President Trump, meanwhile, has seized on the information and has made it the focus of election rallies over the weekend, seeking to portray the Bidens as a ‘crime family.’

The Biden campaign has rejected Trump’s assertion of wrongdoing and noted that Biden’s schedule did not show a meeting with the Burisma official.

Trump said Barr must appoint someone to probe the laptop of Biden’s son, Hunter, which has become the subject of repeated Trump attacks on his rival after the president’s lawyer Rudy Giuliani says he handed over what were the contents of Hunter’s laptop to the New York Post.

Boris Johnson's top scientists accuse him of trashing their efforts