Home » World News » Police chief who let off Cummings is probing Keir… will he get off?

EXCLUSIVE: The same Durham police chief who let off Dominic Cummings for his lockdown trip is investigating Sir Keir Starmer… so will he go easy on him too?

The circumstances in which Mr Cummings is said to have broken Covid restrictions are different to the social distancing breaches allegedly committed by Sir Keir. 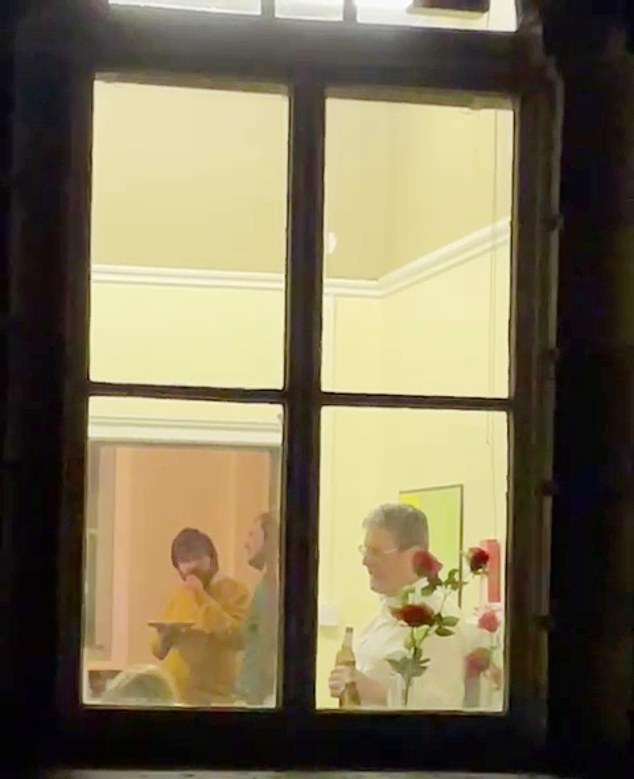 But sources with knowledge of the probe believe it is ‘highly unlikely’ retrospective action will be taken against Sir Keir – recently dubbed ‘Sir Beer Korma’ by Boris Johnson – unless a ‘game-changing smoking gun’ which implicates him emerges.

A row erupted in 2020 after Mr Cummings made a 260-mile trip to Durham with his wife and son at the height of lockdown.

The couple’s trip included a journey to Barnard Castle, which Mr Cummings said was to test his eyesight for the drive back to London. Durham Police did not take action against him, saying Mr Cummings might have committed a ‘minor breach’ of rules with the Barnard Castle journey.

Six officers are working on the Beergate inquiry, which is expected to last a further month and cost in excess of £50,000, the Daily Mail can reveal.

Should police conclude the event was a party which breached social distancing rules, the Crown Prosecution Service is expected to be consulted on whether fines should be issued to the likes of Sir Keir and his deputy Angela Rayner, who also attended the Durham Miners Hall function. 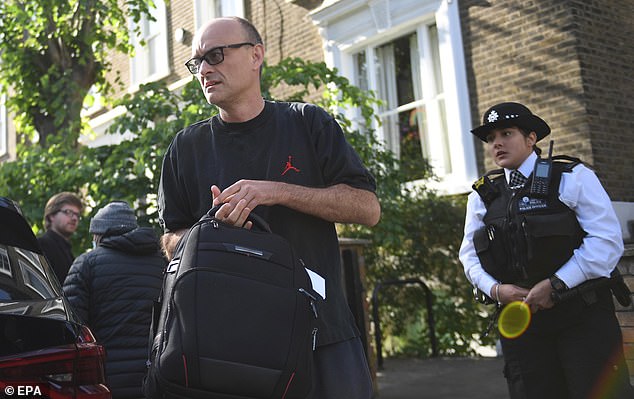 There is widespread expectation in the force that Sir Keir will not be fined. An informed source said: ‘Durham is towards the bottom of the Covid fixed penalty notice enforcement league.

‘It was a lot more lenient than many other forces, and adopted a strategy of policing by consent.

‘Although the allegations of lockdown breaches made against Dominic Cummings and Sir Keir Starmer are different in detail, the same force and senior officer are investigating. It would be truly remarkable if action is taken against Sir Keir, after Cummings escaped sanction.’

An ex-colleague of Mrs Farrell said: ‘You could argue that Cummings is Starmer’s get out of jail card.

‘Jo is a very solid and cautious chief constable, and she will be very aware of the implications of fining the Labour leader. Knowing her as I do, I cannot see a situation where she would authorise a fine unless there is clear evidence of rule-breaking.’ Earlier this month the Labour leader, who insists he did no wrong and the Beergate function was a work event, vowed to quit if he is fined.

Sir Keir Starmer’s team of advisers are discussing what should happen if Labour loses the next general election, it was reported yesterday.

It is understood the Labour leader is likely to stay in his job for six to 12 months to give the party time to elect a successor and examine what went wrong. The Politico website said his team believe there is a strong chance that Labour could emerge as the biggest party but fail to win a majority at the election.

It reported that some Shadow Cabinet ministers believe that, in that scenario, they should govern for a period with support from smaller parties on a vote-by-vote basis.

Labour was accused of operating a pact with the Liberal Democrats during the local elections this month to maximise its chances of winning.

A Labour spokesman denied the Politico claims, stressing: ‘Everyone’s entirely focused on winning the next election. This is not being discussed.’ The party has previously denied the existence of a pact.