Police in Manchester have declared a major incident after a ‘very toxic’ rat poison was taken from a stolen van.

Lancashire Police were informed on June 22 that a Ford Transit van containing Talunex had been stolen in Darwen, Lancashire.

Talunex, which is commonly used in vermin control, emits a toxic gas when it touches water and acids and can be ‘very toxic’ if swallowed.

Greater Manchester police recovered the stolen van in Blackley, Lancashire, at 11.4am on July 1 but an unspecified amount of the aluminium phosphide-based chemical had been taken. 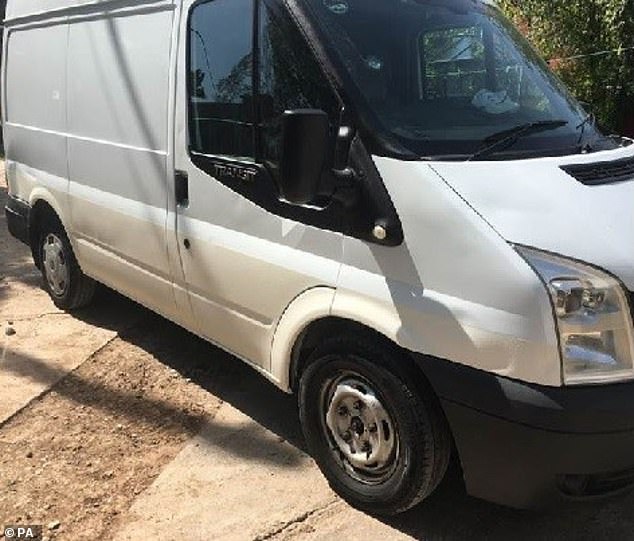 Police in Manchester have declared a major incident after recovering a stolen van in Blackley, Lancashire, only to discover that an unspecified amount of the’very toxic’ rat poison Talunex had been taken

Superintendent Rebecca Boyce, of GMP’s City of Manchester district, said: ‘The removal of these hazardous materials from the van is incredibly concerning and that’s reflected by our decision to declare this a major incident.

‘Our rationale for declaring a major incident is that, if handled or stored incorrectly, Talunex poses a very real risk to public health. Additionally, our investigation and any recovery of Talunex requires multi agency specialists.

‘I must stress that Talunex should not be touched, sniffed, eaten or allowed to come in to contact with water. If this has happened or happens, please seek medical assistance immediately. Under no circumstances should Talunex be disposed of in general waste or flushed down a toilet or plughole.

Superintendent Boyce also said that a major investigation including dedicated police teams and specialist agencies had begun to find the Talunex. 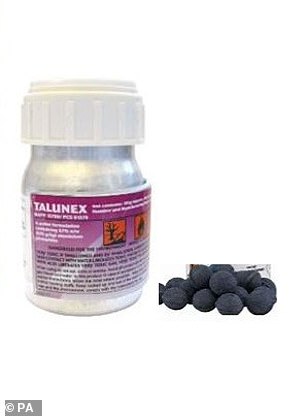 The missing Talunex is believed to be in light-grey, garden-pea-sized talets and were last known to have been stored in a grey aluminium box

The missing Talunex is believed to be in light-grey, garden-pea-sized talets and were last known to have been stored in a grey aluminium box.

Dr Matt Pegorie, from Public Health England North West said: ‘We urge members of the public who think they have come into contact with the capsules and are experiencing ill effects to seek urgent medical attention.

Police encourage whoever took the chemical to contact them or Crimestoppers.

Members of the public who believe they my have seen the Talunex are asked to dial 999 immediately but take care not to touch, sniff, eat or allow it to come into contact with water.

No end in sight as government shutdown enters fifth day