Police force spends £860,000 on discrimination training for all staff after five officers in ‘toxic’ organised crime squad were sacked for racist, sexist and homophobic slurs 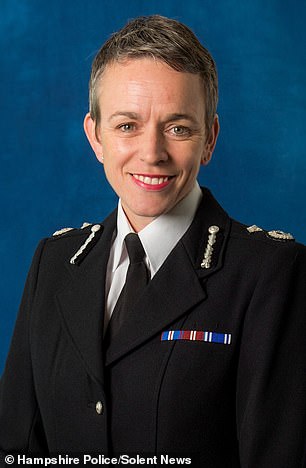 Chief Constable Olivia Pinkney, pictured, apologised after six members of her Serious and Organised Crime Unit in Basingstoke were found to use racist and sexist language

A police force is spending £860,000 on discrimination training for its staff after an investigation revealing shocking racism and sexism in one of its departments.

Up to 6,000 officers at Hampshire Constabulary will receive the ground-breaking training after a full ‘cultural audit’ of the force is carried out involving teams of university researchers.

The programme is the first accredited ‘equalities and inclusion training’ in the UK for policing and comes after five officers were dismissed when covert recordings uncovered an array of racist, homophobic and sexist language in a specialist unit.

A disciplinary panel ruled that all but one of six officers caught using a ‘whole array’ of offensive language were to be dismissed from the serious organised crime unit in Basingstoke, Hampshire.

The officers were accused of either making ‘abhorrent’ comments, or not challenging others when those remarks were made.

A bug was planted to make the covert recording between March and April 2018 following an anonymous complaint to a whistleblowing service.

Durham and Reading Universities are now involved in carrying out a full ‘cultural audit’ of the force.

Chief Constable Olivia Pinkney today said the new programme was proof that the force is tackling problems highlighted by the inquiry.

She said: “We have not sat on our laurels.

“There are lots of things that we have got in place to ensure that we learn from this, that we reach for even higher standards and that we do everything we can.

“We’ve got a very comprehensive training programme. It’s the first accredited equalities and inclusion training in the country for policing and we’re very excited about that.”

The in-house programme was approved by Police and crime commissioner Michael Lane in December last year, shortly before the panel found the officers at the SOCU unit guilty of misconduct. 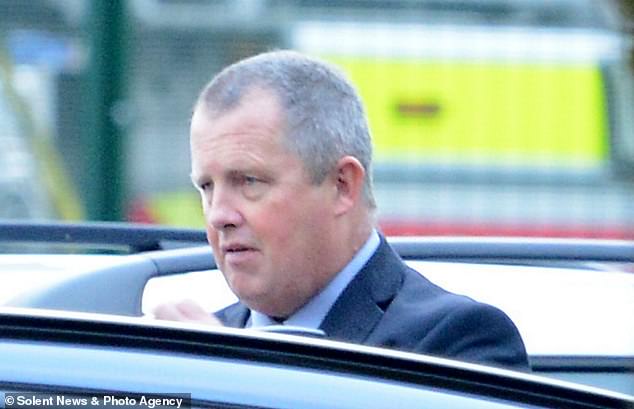 The most junior officer, T/DC Ferguson, who brThe officers accused of gross misconduct were Detective Inspector Timothy Iresonoke down in tears while giving evidence, was handed a final written warning.

The training programme, which could have costed £1.5m if it was outsourced according to a report, will be rolled out in March.

The cash will also fund a £38,763 a year neurodiversity adviser role as between five and 10 per cent of staff have a neurological condition needing extra support or equipment.

Chief Constable of Hampshire Constabulary, Olivia Pinkney, admitted the behaviour of the officers had ‘undermined’ the public’s trust in the force.

She added the six men had ‘failed to uphold fundamental human rights’ and their shocking behaviour had ‘damaged’ the reputation of colleagues.

Bugging devices placed in the unit’s offices between March and April 2018 recorded them calling women ‘w****s’ and ‘s***s’, comparing black officers to dogs and saying Albanians should be killed with ‘nerve agent’, a disciplinary hearing was previously told. 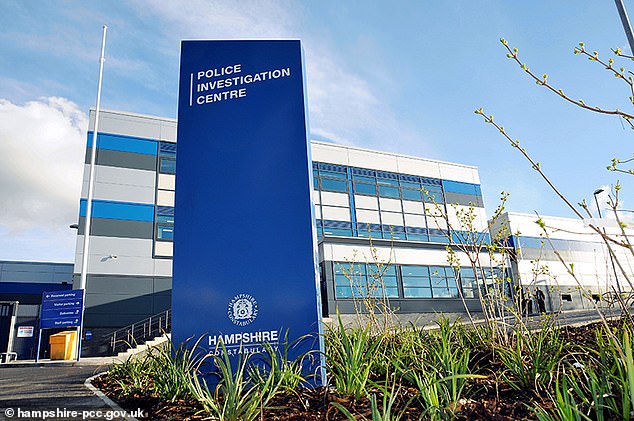 Hampshire Police are spending £860,000 training 6,000 people following the investigation into racism and sexism within the  Serious Organised Crime Unit

Prosecutor Jason Beer QC said that although the recording only lasted 24 days the investigation uncovered ‘enough racism and sexism to last a lifetime’.

Panel Chair John Bassett said the unit’s conduct was ‘shameful’ and the ‘antithesis’ of what the public expects from those at the Police Investigation Centre in Basingstoke.

He said: ‘The current professional standards first came into force on December 1, 2008, in other words over nine years before [the probe].

‘The standards set out how the public expect members of the police to conduct themselves.

‘Police officers cannot pick or choose which of the standards they abide by… In the panel’s opinion the matters it’s found in this case are the antithesis of what the public expect.

‘The conduct was shameful.’

The hearing was told officers likened the unit’s only black officer, DC Solomon Koranteng, to a mixed breed dog, sang the Bob Marley song Buffalo Soldier at him and said he had been flown ‘from Africa in a crate’ and taken to London Zoo.

The squad also placed a map of Africa above the area in the office where DC Koranteng and another officer of African heritage sat and nicknamed it ‘African Corner’.

Three members of the team were heard joking that ‘Albanian migrants’ should be shot on entry to the UK or killed with a nerve agent and called women ‘sluts and whores’.

Epstein ordered teen ‘sex slave’ Virginia Roberts to treat him like toddler, washing and dressing him in bizarre fetish