All police forces in England and Wales will review allegations of violence against women and girls involving serving officers and staff in the wake of Sarah Everard’s murder.

Police chiefs have also been tasked with checking incidents of indecent exposure in a bid to restore public trust in the service after Metropolitan Police officer Wayne Couzens was jailed for the 33-year-old marketing executive’s kidnap, rape and murder.

In addition, forces will look again at vetting practices to make sure checks are complying with procedures as part of an action plan set at a National Police Chiefs’ Council (NPCC) meeting with all chief constables last week. 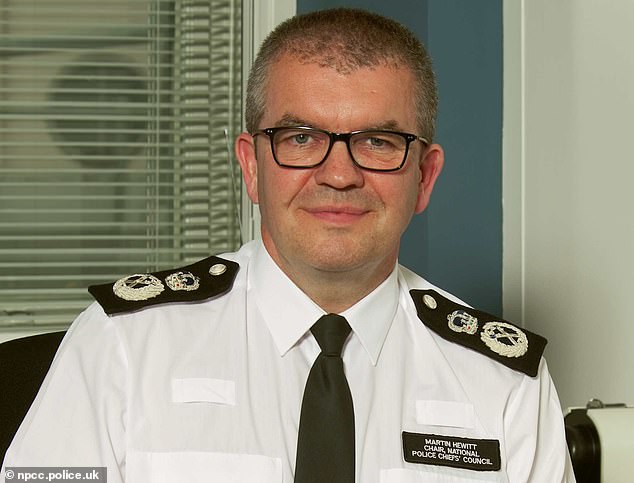 Martin Hewitt, chairman of the National Police Chiefs Council, said police bosses were doing ‘everything that we can’ to investigate violence against women and girls

NPCC chairman Martin Hewitt told the PA news agency that police bosses were doing ‘everything that we can do to ensure that the way we deal with violence against women and girls is as effective and as assertive as it can be’.

He said: ‘We’ve commissioned a review of all of the incidents that relate to violence against women and girls, and issues around indecent exposure… any of those incidents by serving police officers and staff.’

This is so forces can make sure allegations are being, or have been, properly investigated and also to check that information is being shared between forces if officers have moved jobs or have been arrested in a different area.

Mr Hewitt reiterated the ‘betrayal’ and disgust felt at the actions of Couzens in what has been an ‘unpleasant period’ for the police service.

He said: ‘It was a sombre and quite a reflective meeting but also positive in the sense of the determination of all of the chief constables to do what is necessary to start rebuilding the trust that has been lost as a result of this. 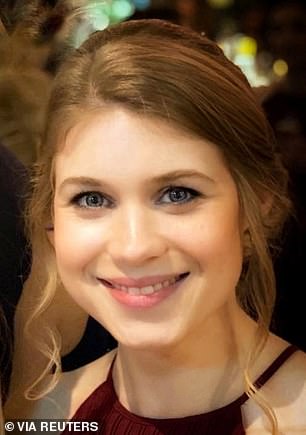 While the work is being co-ordinated by the NPCC, forces will conduct the individual reviews internally. No timeframe has yet been set for carrying out the checks and it is so far unclear whether the findings will be made public.

Mr Hewitt added: ‘But be under no illusion, these are immediate actions that we determined last week needed to be taken. This is not something that people are going to be sitting on and waiting.

‘Everyone clearly understood, and clearly came with the absolute determination that we need to know… precisely what has gone on, what is going on and any action that needs to be taken in any of those cases.’

The news comes as Deputy Chief Constable Maggie Blyth was appointed to lead the NPCC’s work on violence against women and girls and to co-ordinate police action across England and Wales.

Ms Blyth, who took up the role on Monday, is responsible for overseeing a new police strategy which will focus on how to prevent violence, target perpetrators and help victims get justice, while Mr Hewitt will continue to look at how the NPCC responds in the long term.

Mr Hewitt added: ‘This is long work and significant work that needs to be done… This is something that will be with us now for many months, if not years, in terms of how we take this forward.’

Last week the Metropolitan Police announced it was carrying out an urgent examination of all ongoing sexual and domestic abuse allegations against officers and staff alongside its own independent review of the force’s standards and culture.

Meanwhile, the Home Secretary launched an inquiry to look into the ‘systematic failures’ that allowed Ms Everard’s killer to be employed as a police officer.

Earlier on Tuesday Met deputy assistant commissioner Bas Javid acknowledged there is a ‘crisis’ of confidence that women and girls have in policing in the wake of Ms Everard’s murder.

‘We want women and girls particularly to feel safe in communities,’ he told BBC Radio 4’s Today programme, adding: ‘There’s a lot of work to be done to rebuild that trust and give people the confidence to come forward.’