Madelyn Train, the daughter of volatile conspiracists who shot dead two police officers and a neighbour in rural Queensland, says NSW police had phoned her two hours before her parents opened fire.

Police were at the property, about 3.5 hours’ drive west of Brisbane, to conduct a welfare check on Nathaniel on behalf of NSW police.

The Trains killed the constables and Dare, sparking a siege that lasted several hours before tactical police shot the trio.

In the second part of an interview with Nine News, Madelyn, born to Nathaniel and Stacey before Stacey later began a relationship with Gareth, said her family had “irreparably impacted so many lives” and she “hates what they’ve done”.

Madelyn had received a voicemail from a Walgett policeman about two hours before the Trains shot the constables, asking her to call him back. Madelyn said she had missed the call because she was at work but had planned to call back. 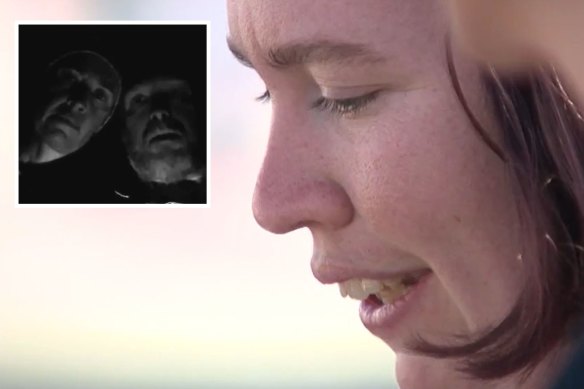 The Trains’ daughter Madelyn says she hates what her family has done.Credit:Nine News

“I think they were contacting us to ask if Nathaniel was missing and to get contextual information,” she said.

“But they never should have sent anyone there until they got all the contextual information.”

Police were preparing a report for the coroner, who would consider how Queensland and NSW police worked together, and how officers were briefed before attending the property.

Madelyn said she had been back to the bullet-riddled Wieambilla house twice.

She said Nathaniel’s former wife Vanessa – before he left her and his job in NSW as a principal – had warned police before the shooting.

In her first interview on Sunday night, Madelyn confirmed Gareth had conspiracy views, and had wanted to be in the military.

While she had not seen her family in years, Madelyn said she communicated with them via email and text, and regularly tried to steer Gareth away from conspiracy-related articles.

Madelyn said Gareth was working on a “weird project on COVID and the end of the world”, and “believed in the apocalypse”.

She said she believed her family were motivated by the “fear of the unknown” on December 12, adding she never expected her parents were capable of killing anyone.

“They were the gentlest people that I know,” she said.