Concerns are growing for the welfare of two teenage girls who disappeared in Blackpool yesterday.

Caitlyn Morgan, 15, and Alicia Bond, 16, vanished from the Bispham Road area of the resort and they are believed by police to still be in the town together.

The pair were last spotted at around 10.30am on Monday morning.

Caitlyn is described as white, around five ft four ins tall with an average build and long blonde hair with green tips and blue eyes.

She was last seen wearing a grey Canada Zavetti coat, black jeans, black and red Nike trainers and she was carrying a black JD bag.

Her friend Alicia Bond is also white and has long brown hair with blonde highlights and brown eyes. At the time of her disappearance, she was wearing blue jeans, a black puffer jacket with belt and light-coloured trainers.

She was also holding a black JD bag. 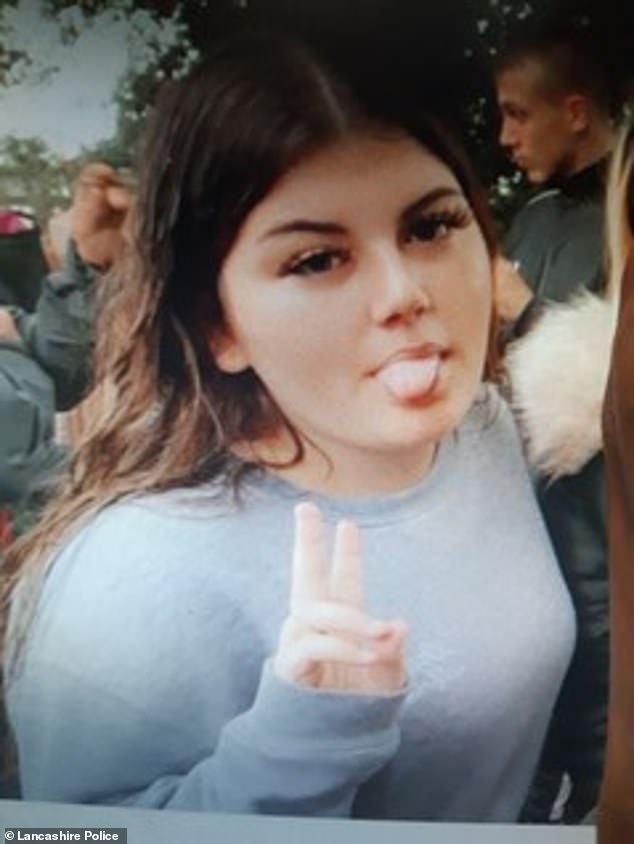 Alicia Bond, 16, is white and has long brown hair with blonde highlights and brown eyes. She was last seen wearing blue jeans, a black puffer jacket with a belt, light-coloured trainers and she was also carryinga black JD bag

Sgt Riz Dala, of Blackpool Police, said: ‘We are growing increasingly concerned for Caitlyn and Alicia and I would appeal for anyone who has seen them or has information about where they might be to get in touch.

‘I would also ask the girls themselves to contact us if they see this appeal.’

Anyone with information should contact Lancashire Police on 101 quoting log 0478 of January 10th. For immediate sightings please call 999.