Police mock driver of £150,000 McLaren supercar and suggest he must have been breaking 40mph speed limit after crashing into a wall

A supercar driver has been mocked by police after he crashed his £150,000 motor into a wall.

The motorist left the 204mph McLaren 570S embedded in bricks as he stood next to the wreckage with his partner.

A photograph from the scene, near Thorpe Park, shows the bonnet bent around a pole sticking out from the wall with police standing nearby. 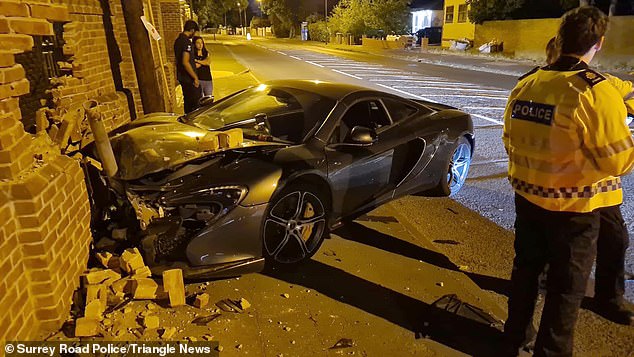 The motorist left the 204mph McLaren 570S embedded in bricks as he stood next to the wreckage with his partner in Staines, Surrey, late last night 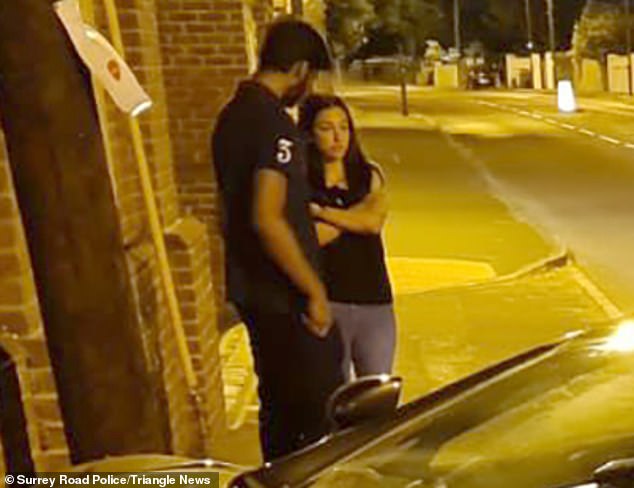 Surrey Police’s Roads Policing Unit tweeted: ‘Somehow the driver of this McLaren couldn’t keep the car on the straight road in a 40 limit. Investigations continue.’

Social media users also mocked the driver and his partner under the force’s social media post at 11.46pm.

Joe Zampa, who lives near the crash site, commented: ‘His Mrs doesn’t look too happy either.’

The Prime Minister’s chief aide said he drove to Barnard Castle in County Durham to test his eyesight ahead of a trip back to London. 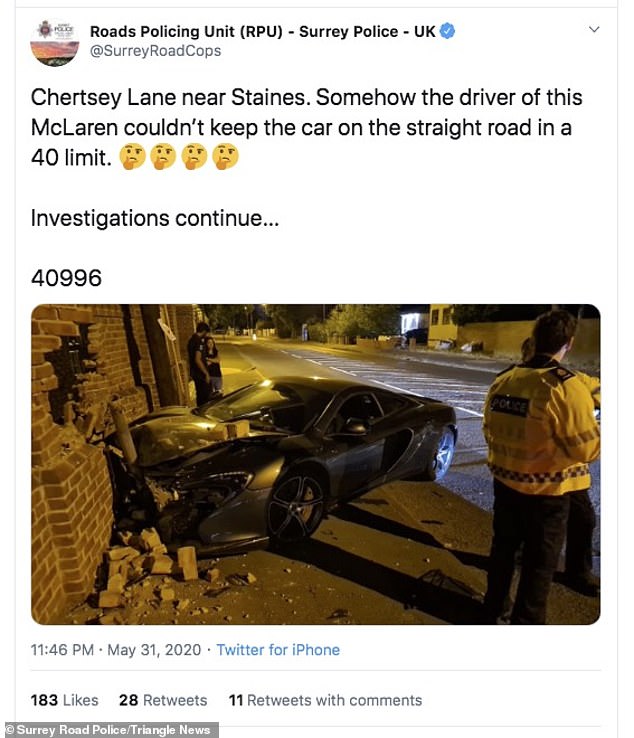 Claire Webb posted ‘Oops! He clearly ran out of talent,’ to which Surrey Police replied: ‘If he had any at all.’

And another joked: ‘I can’t help notice that that wall’s not wearing hiviz though. Or lights.’

The McLaren 570S was launched in 2015 and the model is assembled 10 miles down the road from the crash in Woking.