Police recruits are quitting within WEEKS due to violence on the frontline and not wanting to work weekends and nights: Chief constable warns force job is NOT ‘an extension of university’

Young police recruits are quitting within weeks because they are put off by the violence and pressures of frontline duties – including working weekends and nights – a chief constable warned today.

Nick Adderley, head of Northamptonshire Police, said an apprenticeship scheme that gives new recruits a degree at the end had the highest dropout rates because entrants were realising policing was ‘not for them’.

He said he and other chief constables were increasingly concerned about high dropout rates, which risk undermining Boris Johnson’s manifesto commitment for an extra 20,000 officers by 2023. 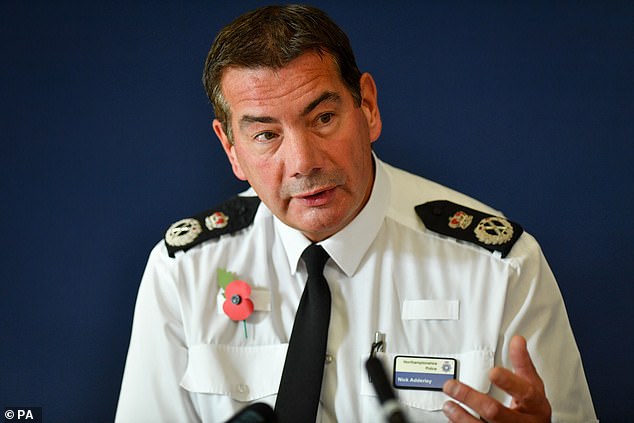 Nick Adderley, head of Northamptonshire Police, said an apprenticeship scheme that gives new recruits a degree at the end had the highest dropout rates because entrants were realising policing was ‘not for them’

‘What we are seeing is a large number of recruits, particularly Police Constable Degree Apprenticeship recruits, who are leaving,’ Mr Adderley told the Police Oracle.

‘I flagged this before and the chiefs pooh-poohed it. Now they’re recognising it as an issue themselves – young people coming into the police, not really knowing what it’s about, realising after just a few weeks and months that it’s not for them.’

What does the three-year police apprenticeship involve?

Promotional materials on the Northamptonshire Police website advertises the Police Constable Degree Apprenticeship (PCDA) as a chance to ‘gain a degree you don’t have to pay for, while working in the job as a police officer’.

It says recruits become a police officer ‘from the first day’ and have the potential to earn up to £41,130 in just seven years. The programme is split over three years.

Training and mentoring to allow recruits to gain ‘independent patrol status’ by the end of year one. This means they are technically qualified to go on patrol alone.

Advanced learning, development and professional practice within a chosen specialism. Candidates will then take a final assessment.

The force is seeing around 120 officers leaving a year – equivalent to about a 10th of all officers and up from the usual figure of around 100.

Mr Adderley gave the example of one 19-year-old who left after just three days after saying the job wasn’t what he expected.

‘We have a bubble of people who are coming through at a very young age who are not really attuned to what police is actually about,’ he said.

Recruits have even walked out of self-defence training because they did not realise they would face that level of violence.

Mr Adderley added: ‘When I speak to all of the cohorts who come in, I tell them quite clearly that this is not an extension of university.

‘This is not an extension of sixth form college. This is a really serious business,’ he said.

There has been intense controversy over plans to turn policing into an all-graduate profession, with fears it will exclude older recruits including former soldiers.

Figures show two thirds of Northamptonshire’s officers have less than two years’ service and 88 per cent less than four years.

Home Secretary Priti Patel is yet to formally rubber-stamp the plan for all officers to have degrees before joining or gain one after an apprenticeship.

The proposal was put forward by the College of Policing, which claimed that the increasing complexity of police work made it necessary for them to have a formal academic qualification.

Recruits would have to have a degree to join, while anyone else could join as an apprentice and study a degree while on the job.

Earlier this year the police and crime commissioner for Lincolnshire joined calls for the plan to be axed.

Marc Jones said he had spoken to officers who claimed they would ‘rather have a former soldier next to them’ when dealing with a nightclub fight than someone with a ‘2:1 in expressive dance’. 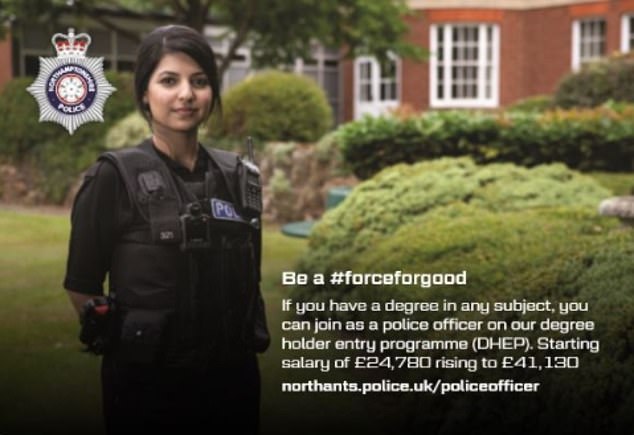 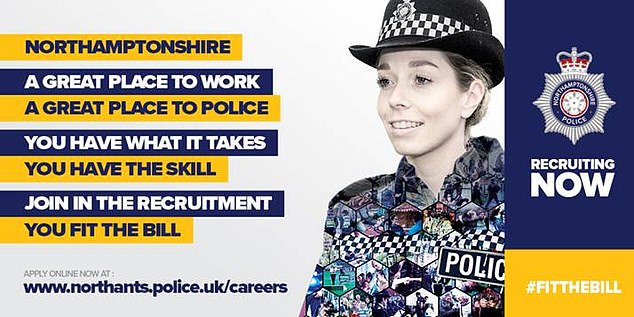 Recruits become a police officer ‘from the first day’ and have the potential to earn up to £41,130 in just seven years. The programme is split over three years

Speaking to the Sunday Telegraph, he said: ‘It doesn’t make sense to tell a former soldier: ‘I know you served your country, but when you get home to your wife and two children, or your husband, we also want you to study for a degree to be a firearms officer even though you’ve been in Afghanistan for eight years’.

‘An officer said to me: ‘At 2.30am in the morning when it’s kicking off outside of a nightclub, and I’m about to get out of the car, I would rather the person next to me had done four years in the Army, than had got a 2:1 in expressive dance’.’

Mr Jones, who is set to become the chair of the Association of Police and Crime Commissioners, added: ‘It’s horses for courses. We need a mix.’ 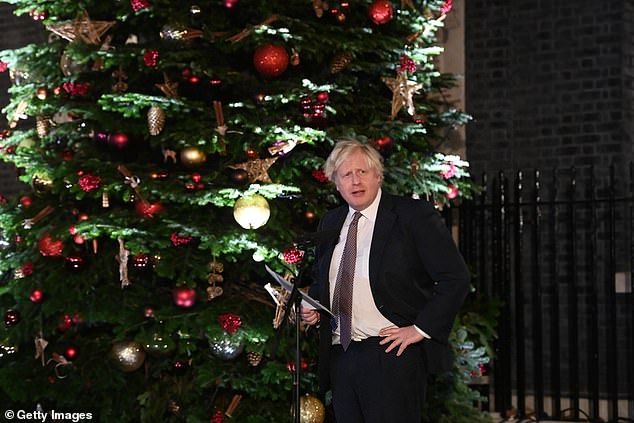 The police chief said he and other chief constables were increasing concerned about high dropout rates, which risk undermining Boris Johnson’s manifesto commitment for an extra 20,000 officers by 2023

Slain Arkansas State Senator Was 'Like a Sister' to the Woman Accused of Killing Her, Say Friends