Police have released heart-stopping footage showing a series of terrifying near-misses after a string of motorists were convicted of dangerous driving.

In one clip a huge HGV can be seen dangerously overtaking, forcing another driver off the road, while during another a motorist went the wrong way down a motorway slip road.

A driver of a BMW was captured going 60mph in a quiet residential estate while another road user was caught on camera weaving dangerously across lanes.

Several of the clips show other members of the public being forced to take evasive action to avoid collisions as a result of reckless driving and excessive speeding.

Northamptonshire Police released the footage after nine drivers were sentenced to a total of seven-and-a-half years of driving bans and £2,334 of fines and costs.

Five of the defendants were ordered to take extended driving tests alongside unpaid work and community orders. 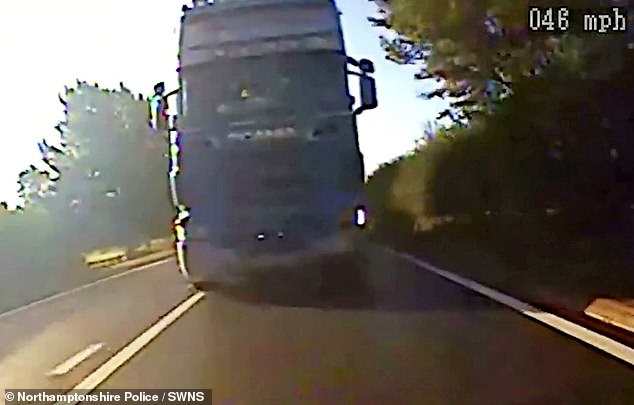 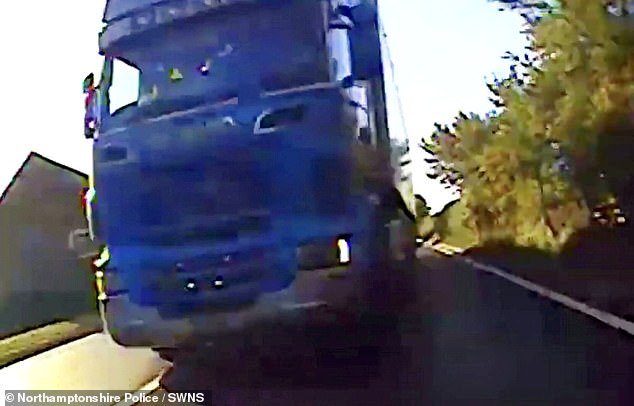 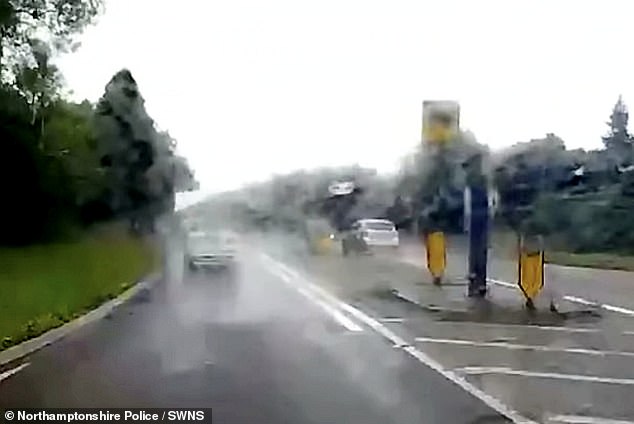 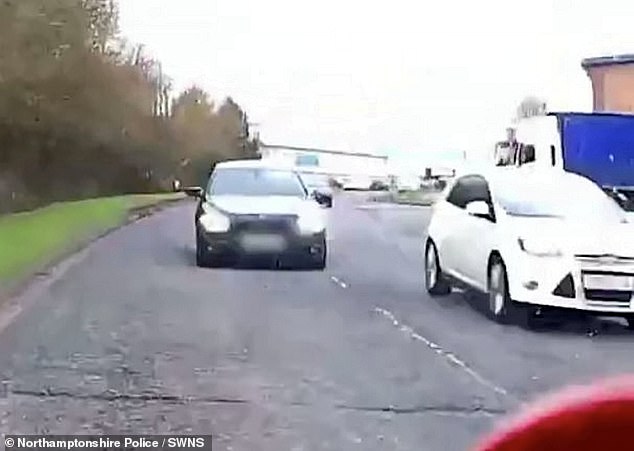 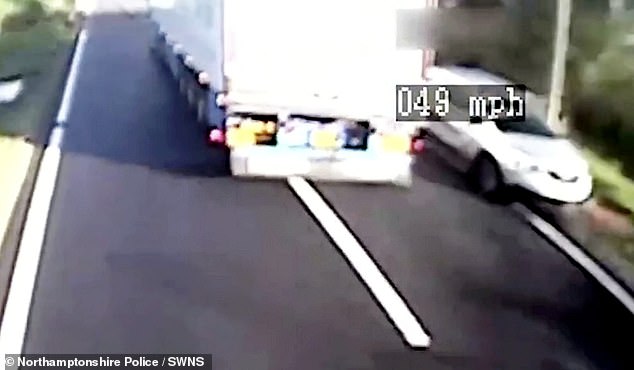 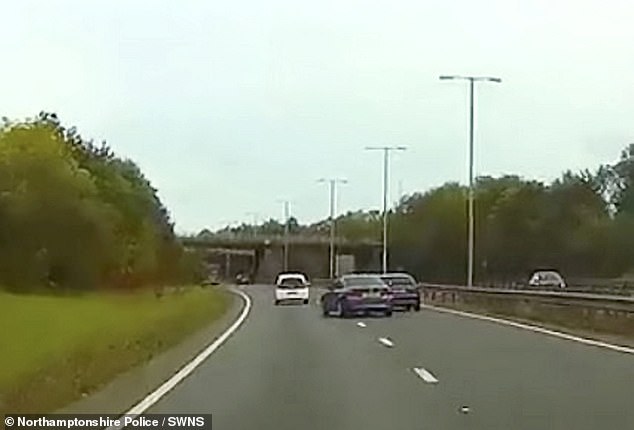 This driver wove around a car and overtook it on the inside line, which is against the law 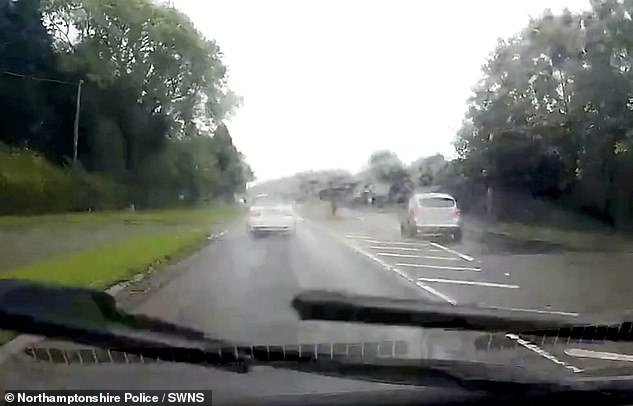 UK Covid deaths fall again as 231 more die and and another 17,272 test positive