The parents of a teenager who died after having an allergic reaction to a Pret a Manger baguette have welcomed a government consultation into food labelling laws, calling for the most stringent rules to be applied.

Natasha Ednan-Laperouse, 15, collapsed on a British Airways flight from London to Nice in July 2016 after eating an artichoke, olive and tapenade baguette. She died from a reaction to sesame in the baguette, an ingredient that was not on the label. 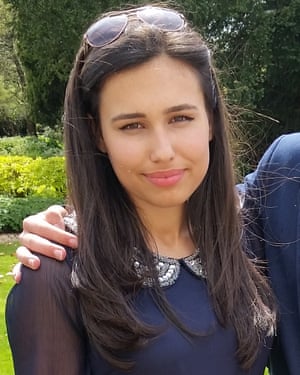 The government launched a consultation into food labelling laws after her death and is looking to toughen the rules on labelling of foods, such as sandwiches and salads, which are made, packaged and sold in-store. These foods are not currently required to carry labels.

Natasha’s parents, Tanya and Nadim, said they wanted the government to adopt the most stringent labelling laws.

“We’re really gunning for the top option, which is full labelling with allergens and ingredients,” Tanya told Radio 4’s Today programme. “The first two options are very soft and really aren’t options in our mind at all. We’re hopeful that the food industry is really behind this and we feel like it is, as a whole, and change has to happen.”

Nadim said: “I think every life, particularly of a child, and those of us who are parents know, is the most precious thing on the planet. There’s nothing more important. And with the death of our child … as parents, it’s so important that something good comes out of this incredible tragedy.

“It’s vital action is taken that remedies the situation to prevent this kind of tragedy happening to other people.”

The Department for Environment, Food and Rural Affairs said the consultation was designed to give the UK’s 2 million people with food allergies greater confidence in the safety of their food.

The environment secretary, Michael Gove, said: “Natasha’s parents have suffered a terrible loss, and I want to pay tribute to Nadim and Tanya for their inspirational work to deliver Natasha’s law. We want to ensure that labels are clearer and that the rules for businesses are more consistent, so that allergy sufferers in this country can have confidence in the safety of their food.

“Many businesses are already bringing changes on board independently, and in the meantime they should continue doing all they can to give consumers the information they need.”

Sick, autistic boy trapped on cruise because family has no passports – The Sun

What is income protection insurance and can I use it to protect my finances against coronavirus?