PRINCE Charles fought back tears as he paid respects to his father the Duke of Edinburgh on the day of his funeral.

The Prince of Wales, 72, led the procession of his father's coffin on the short walk from Windsor Castle to St George's Chapel. 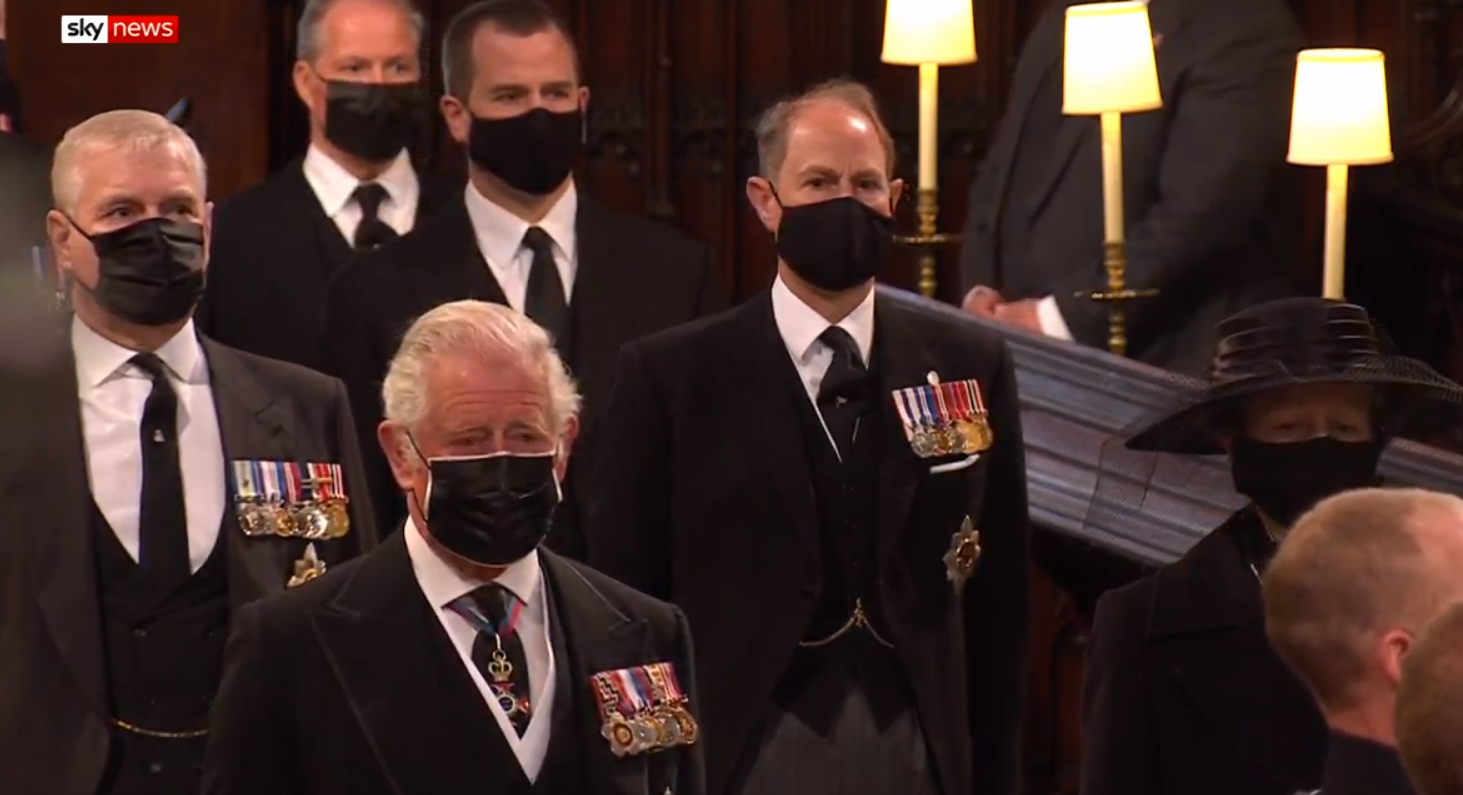 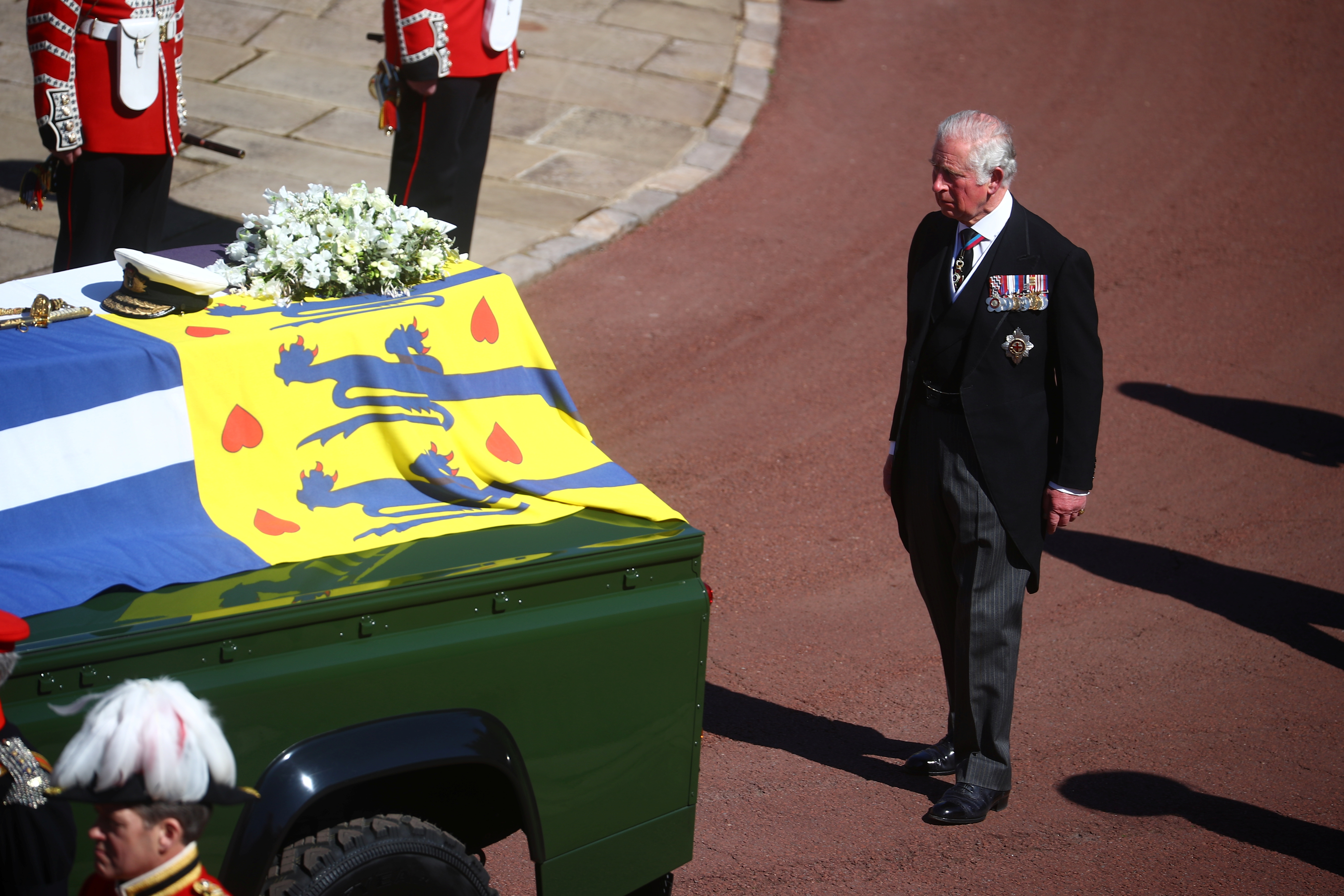 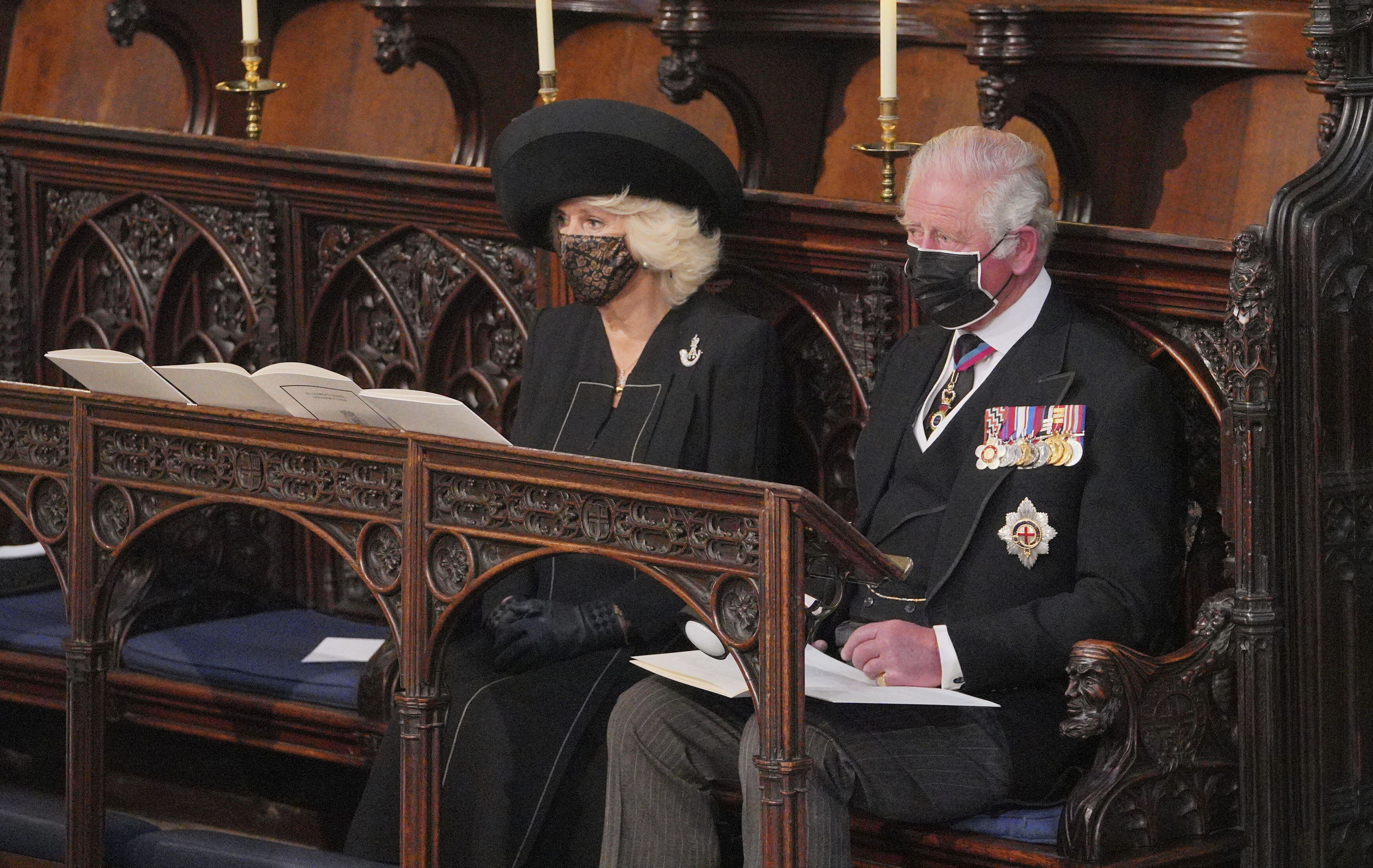 Prince Charles was adorned in military medals and followed by his siblings, Princess Anne, Prince Edward and Prince Andrew.

Although all members of the Royal Family attending the funeral wore black masks, Charles’ eyes were full of emotion at the passing of his father, aged 99.

Prince Charles and the Queen led a one-minute silence for the Duke of Edinburgh as the funeral began.

As the service continued, Camilla shuffled closer to her husband as he blinked back tears.

The Queen and her family gathered at St George's Chapel in Windsor to say farewell to Philip, who died peacefully just over a week ago at Windsor Castle.

He was hailed as the "grandfather" of the country by his son the Duke of York.

In weather more like summer than spring, the Prince of Wales and Princess Royal led senior royals in walking behind their father's coffin the short distance from the castle to St George's Chapel. 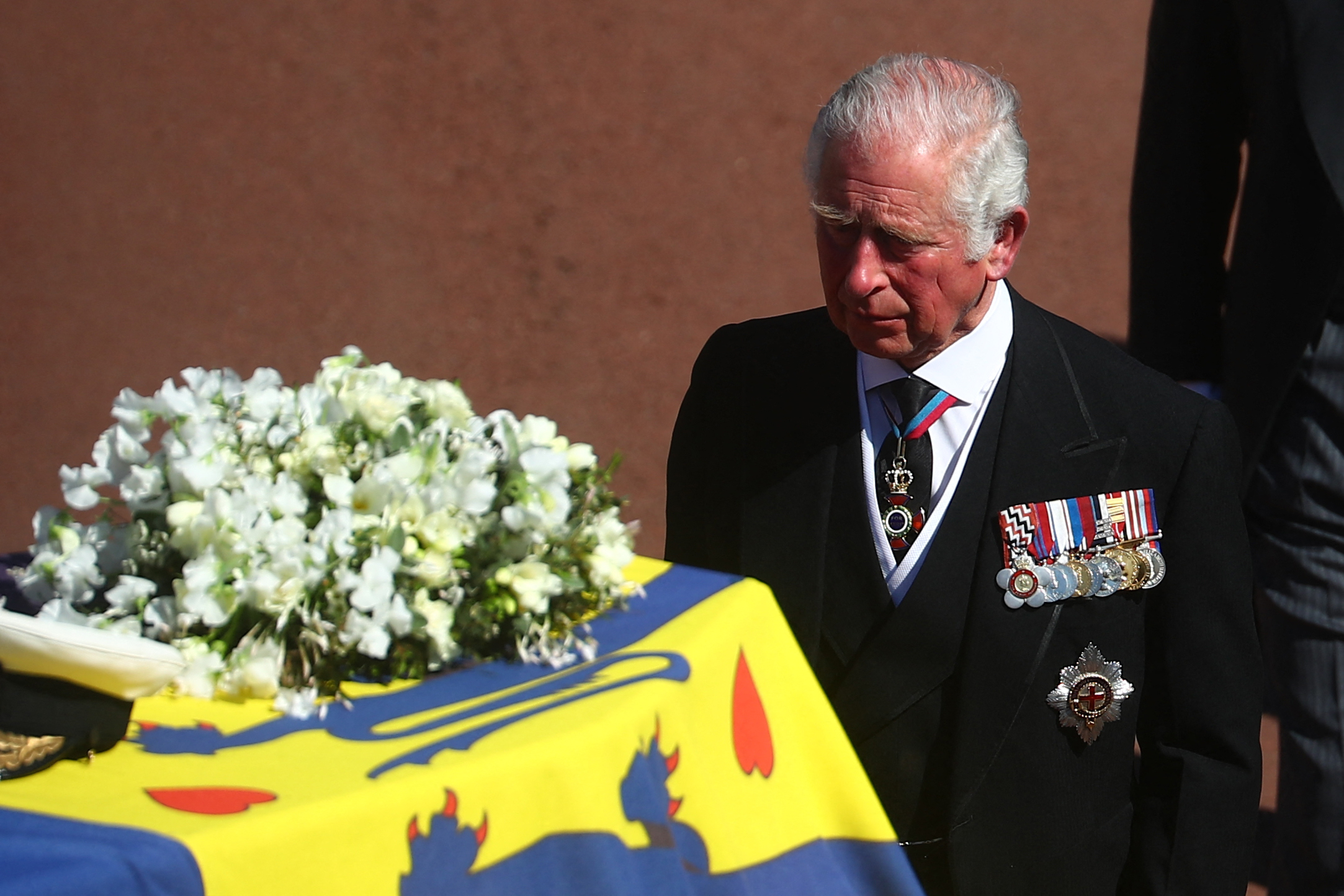 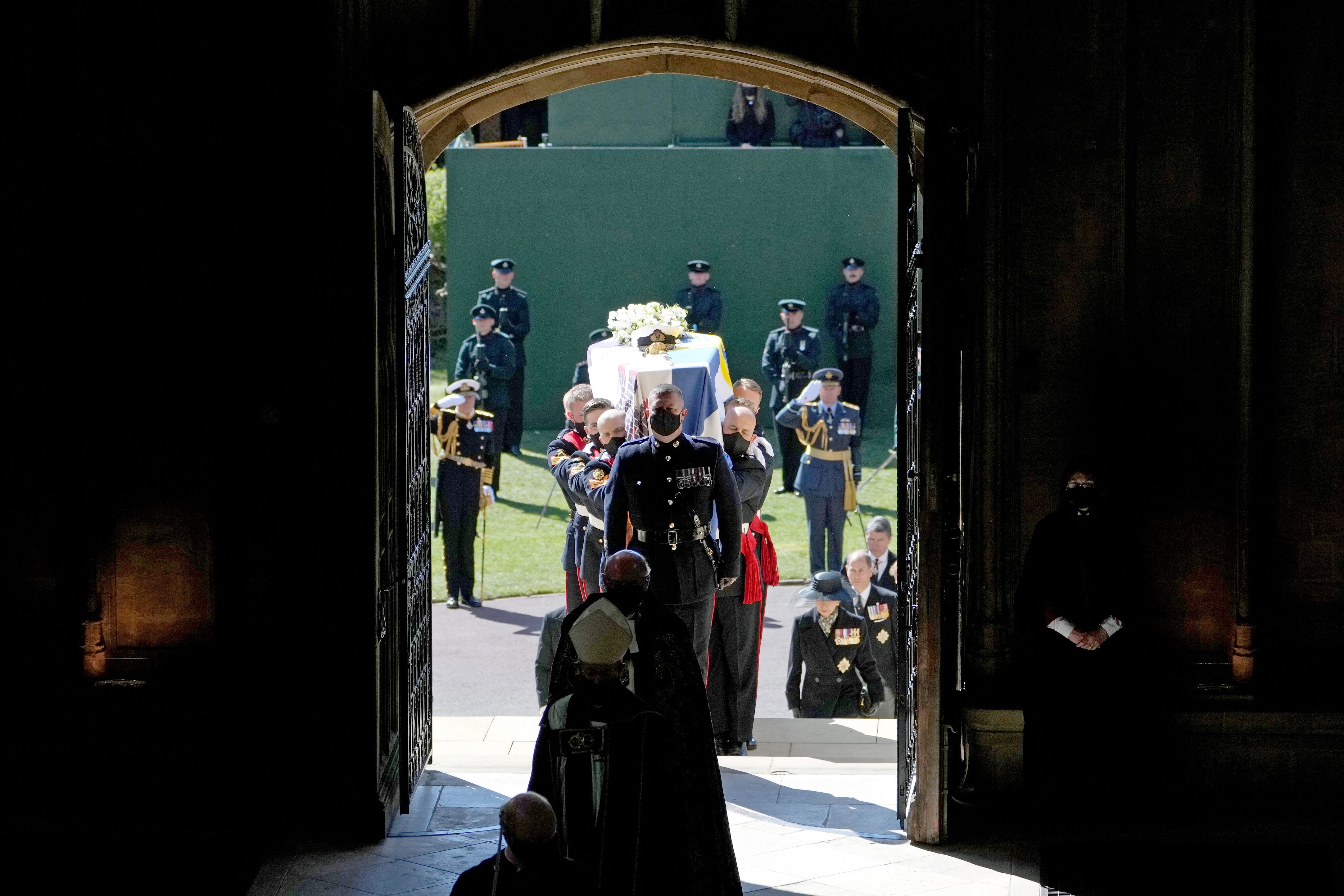 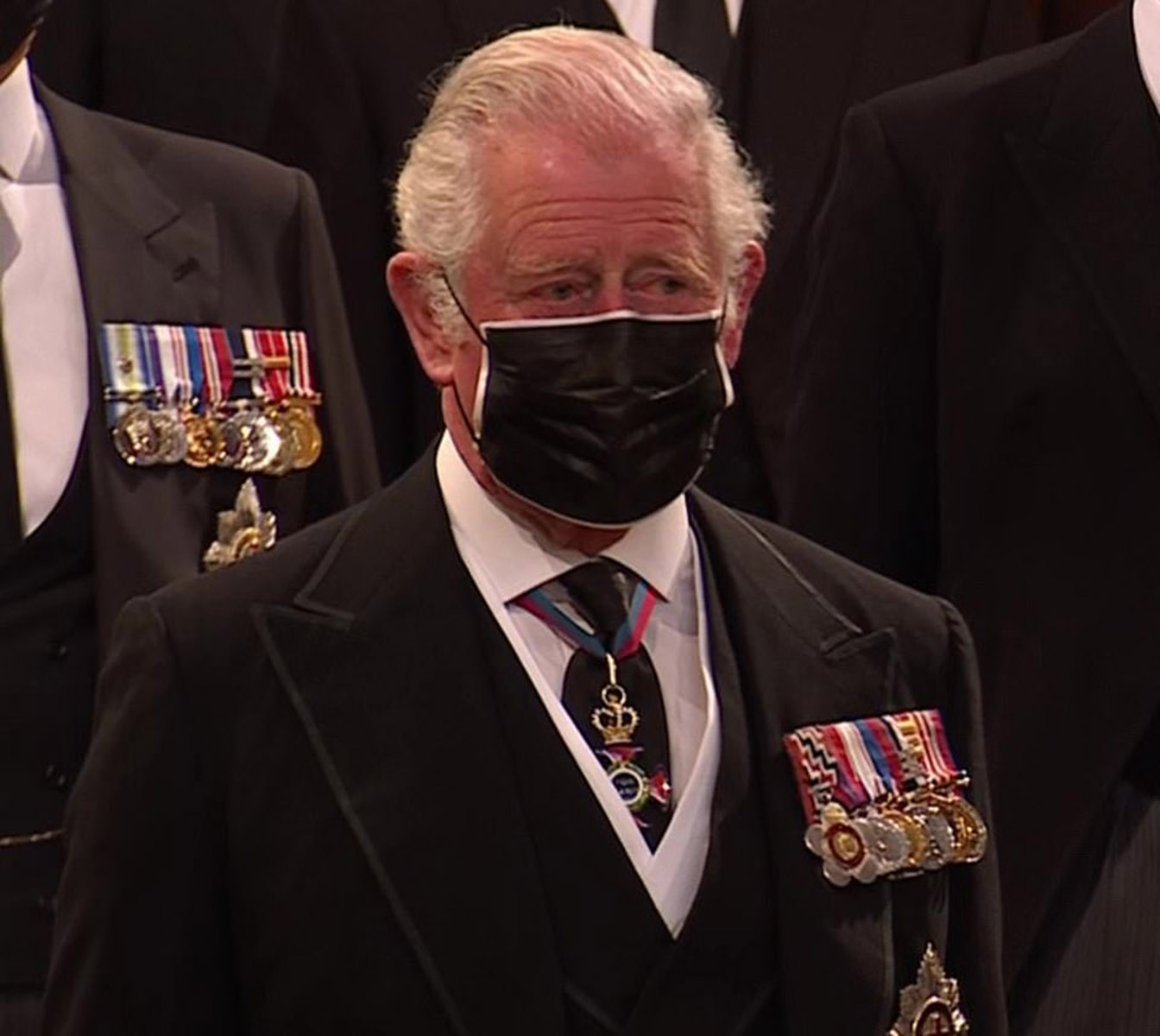 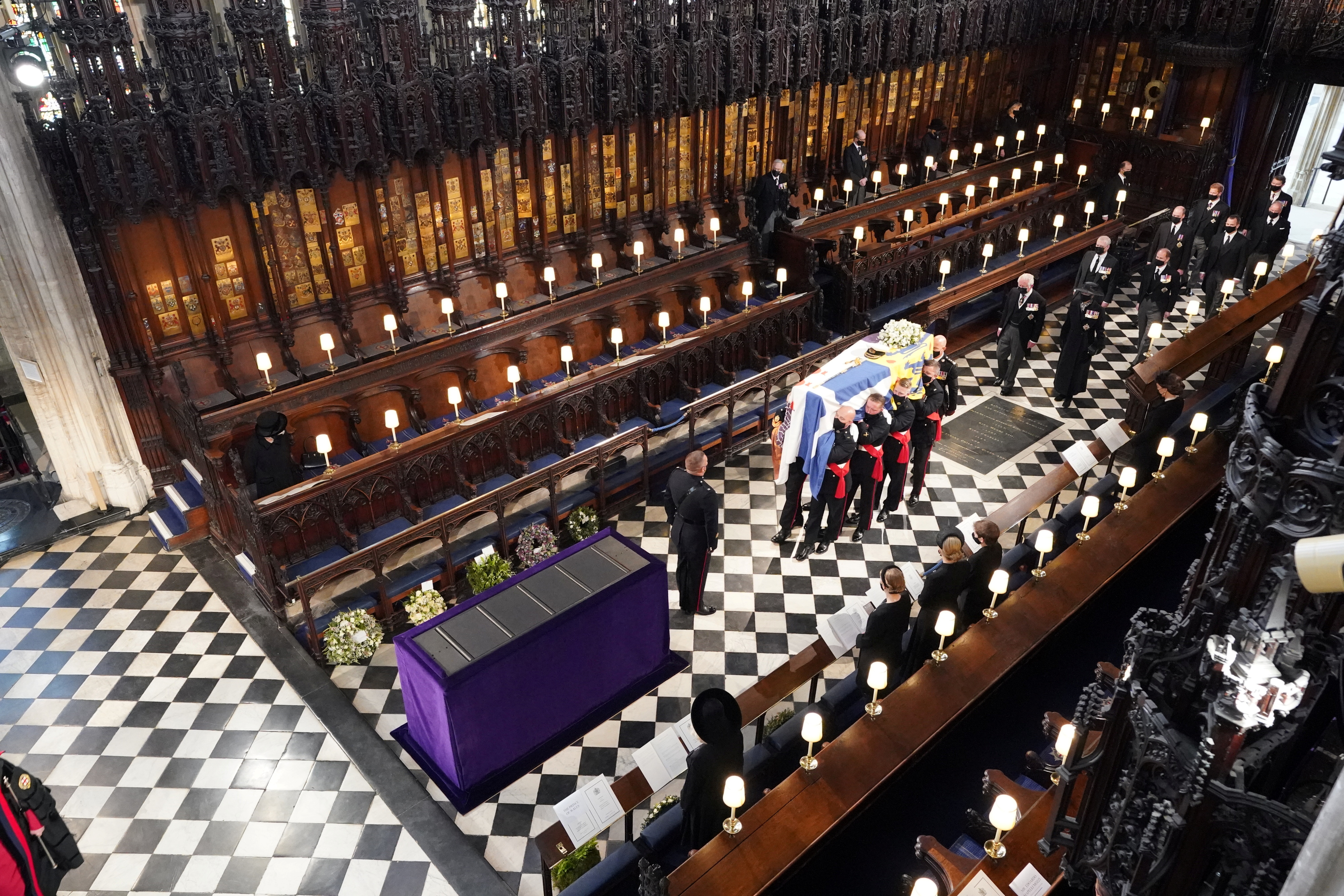 No military uniforms were worn to the funeral, but each royal family member wore the appropriate military medals on their black morning suits.

Philip's coffin was draped in his striking 12ft personal standard and decorated with a wreath of flowers specially chosen by the monarch, alongside his Admiral of the Fleet Naval Cap and sword.

For the procession, the coffin was lifted into place by Grenadier Guardsmen onto the rear of the dark bronze green Land Rover Defender hearse the duke designed himself.

In an emotional statement last week, Prince Charles said he misses his father "enormously" and the Duke would be "so deeply touched" by the outpouring of grief.

The tearful Prince Charles paid tribute to his "Dear Papa" on the steps of his Gloucestershire home Highgrove.

He said: "I particularly wanted to say that my father, for I suppose the last 70 years, has given the most remarkable, devoted service to The Queen, to my family and to the country, but also to the whole of the Commonwealth.

"As you can imagine, my family and I miss my father enormously.

"He was a much loved and appreciated figure and apart from anything else, I can imagine, he would be so deeply touched by the number of other people here and elsewhere around the world and the Commonwealth, who also I think, share our loss and our sorrow.

"My dear Papa was a very special person who I think above all else would have been amazed by the reaction and the touching things that have been said about him and from that point of view we are, my family, deeply grateful for all that.

Today, Prince Charles will act as a guide and support to his mother, the Queen, as she continues her work as monarch without her husband of 73 years. 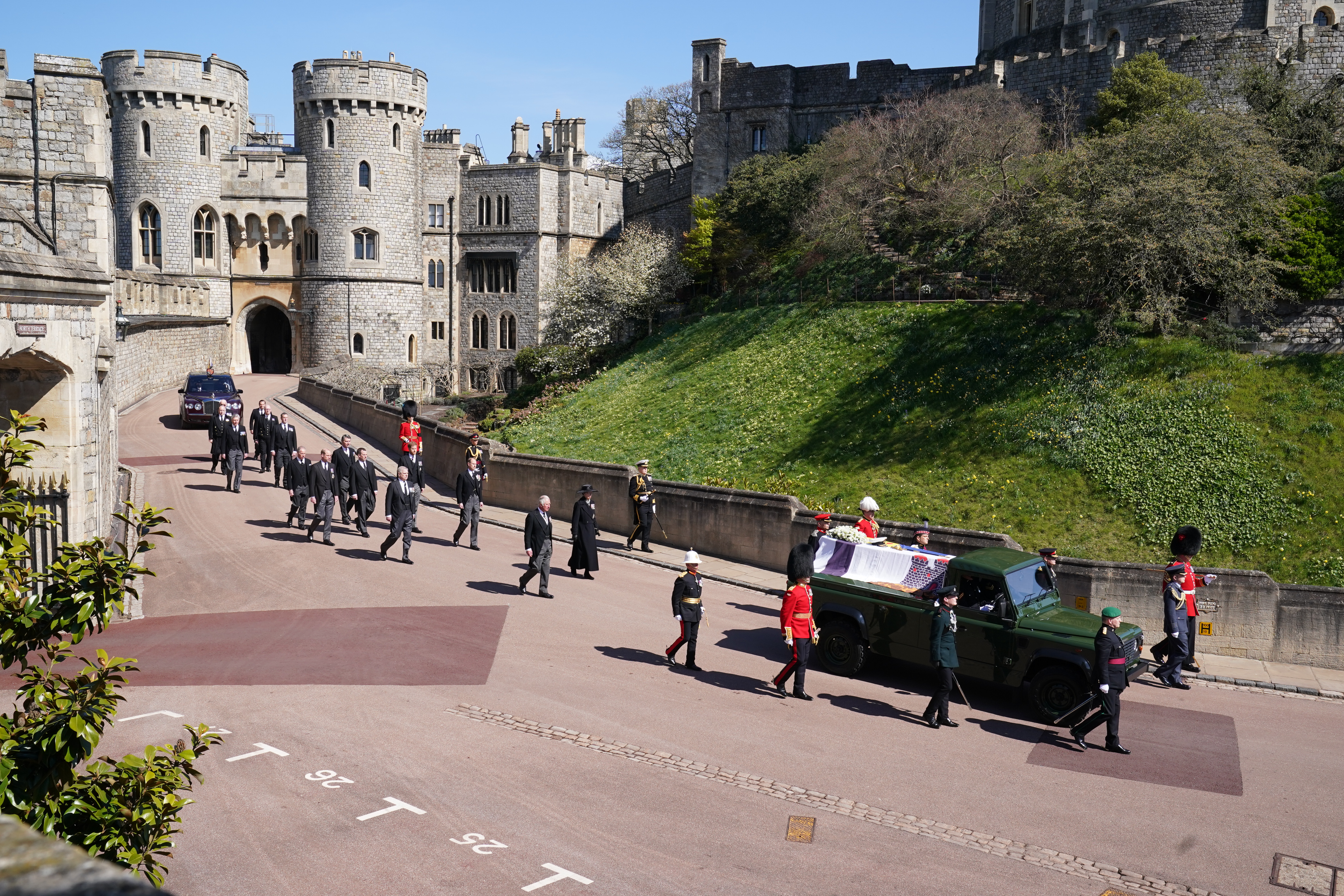 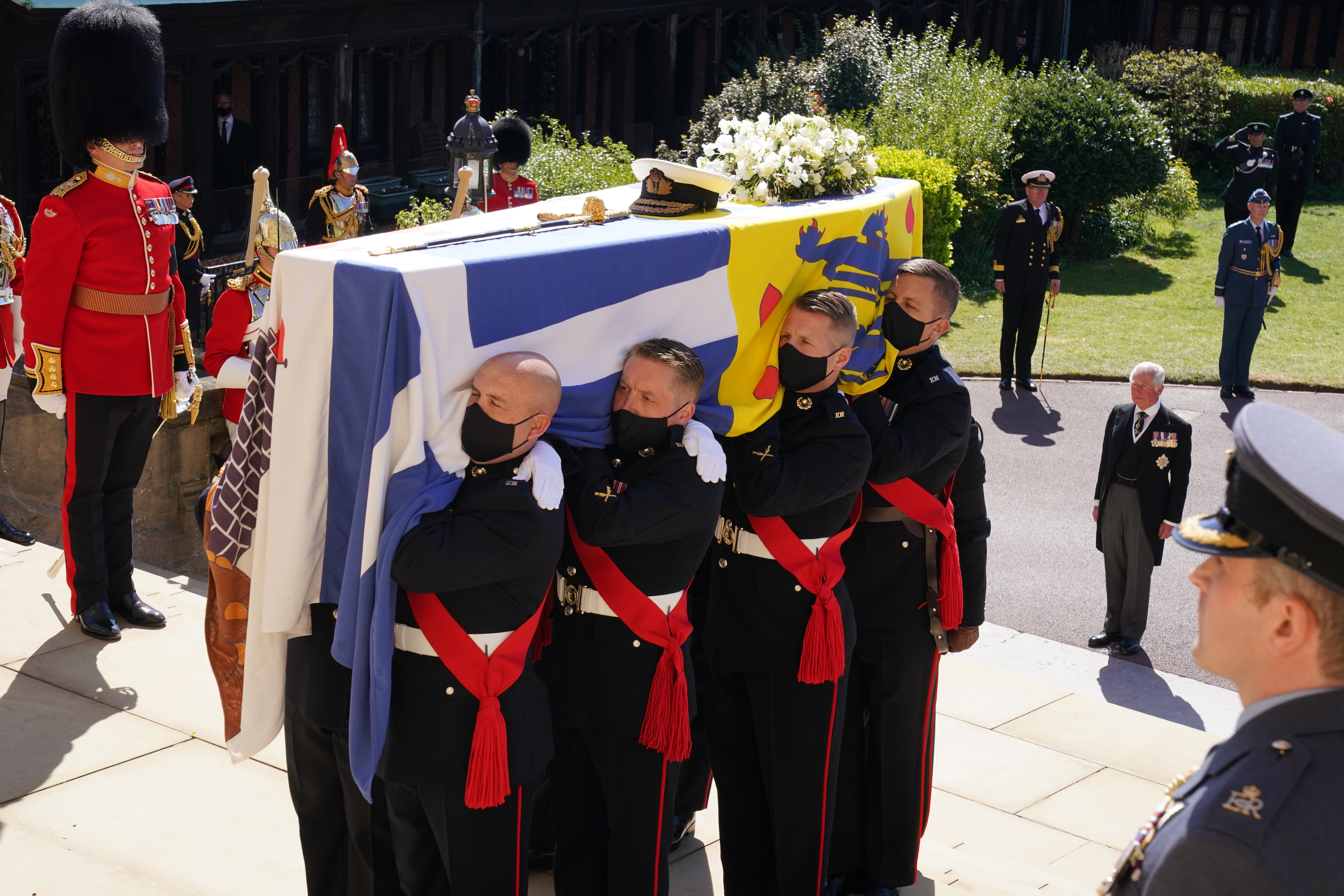 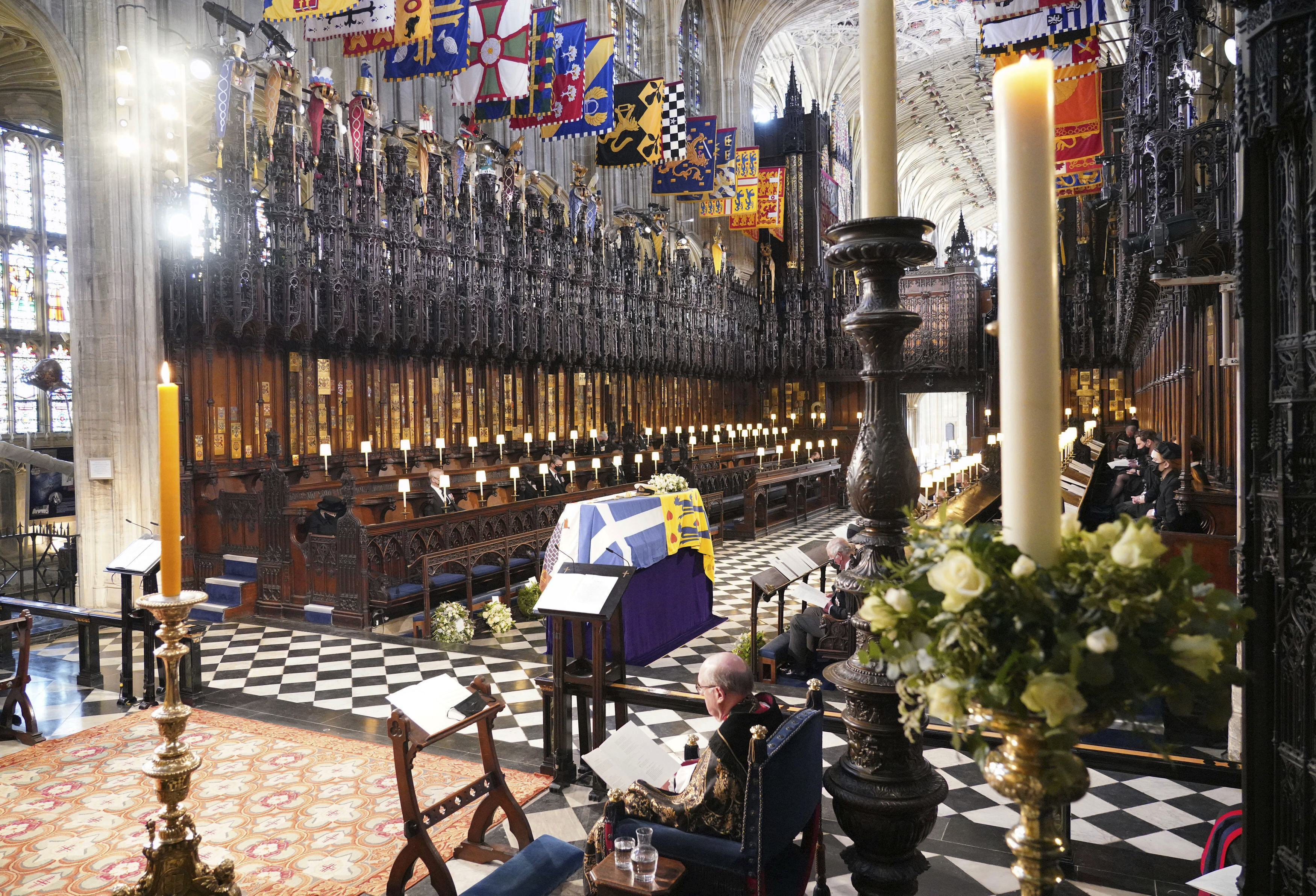