Royal photographer Arthur Edwards has said the Queen will make Prince Harry ‘an offer he can’t refuse and the Duke will remain in the UK’ ahead of the crunch royal showdown at Sandringham today.

Speaking on Lorraine, Mr Edwards, who has known Prince William and Harry since they were young boys, said: The Queen and the Prince of Wales will make him an offer he can’t refuse.

‘She will speak to him today and say Harry you are a senior member of the family – and you know the one person he won’t refuse is her.’ 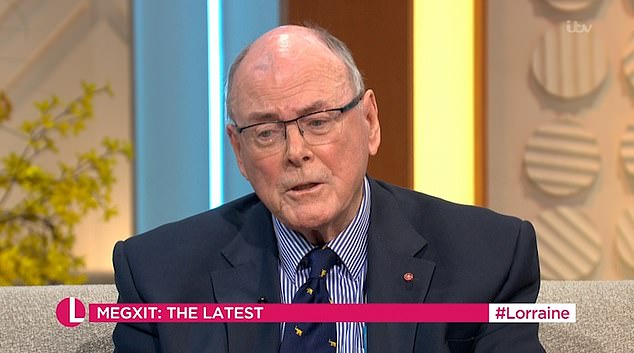 Royal photographer Arthur Edwards has said the Queen will make Prince Harry ‘an offer he can’t refuse and the Duke will remain in the UK.’ Speaking on Lorraine, Mr Edwards, who has known Prince William and Harry since they were young boys, said: ‘I hope the Queen talks some sense into them.

Discussing the rift between the two princes, Mr Edwards added: ‘Those brothers have been so tight for years.

‘They were very, very close and they love each other to death. What’s gone wrong I don’t know. The Queen will probably say sort something out now.’

He also threw water on the idea that Harry would do a Hollywood interview in which he would criticise or disrespect the family.

‘He wouldn’t say anything bad about him family – not on Oprah Winfrey that’s for sure.’

Adding: ‘I think Harry is better off here than there. He’s a great asset to this country and he’s a sensational asset.

‘He didn’t hate the media until the last 18 months and he’d take us to the pub and say I didn’t like this or that, and then he would pay the bill. Now he doesn’t even look or talk to us. It’s sad. 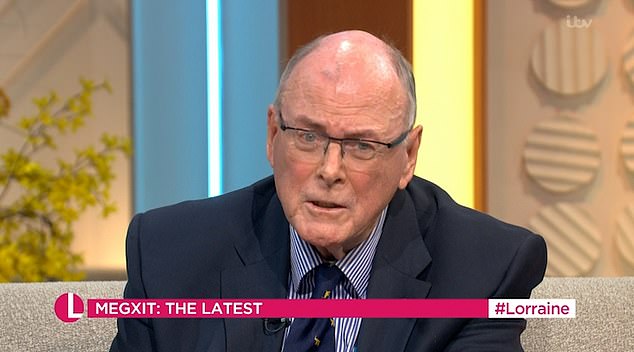 Speaking on Lorraine, Mr Edwards, who has known Prince William and Harry since they were young boys, said: The Queen and the Prince of Wales will make him an offer he can’t refuse

Mr Edwards added: ‘I think he must be in torment he doesn’t want to leave he’s much, much loved. He’s now suing newspapers. What’s he doing all that for?’

Meanwhile, royal biographer Robert Hardman said the Duke of Sussex ‘was born HRH – he’s going to stay HRH’, but added that a role in the Commonwealth might be difficult.

The meeting at the Queen’s private Sandringham estate today will see her, William and Charles discuss Harry’s move with wife Meghan to step down as senior royals.

Mr Hardman told BBC Radio 4’s Today programme: ‘People have tended to focus on things like ‘oh, will they be stripped of their titles?’ That’s not going to happen.

‘Prince Harry was born HRH – he’s going to stay HRH – I don’t believe that’s even on the table. But there’s just a lot of very pragmatic stuff that needs to be discussed.

Mr Hardman, who is a features writer for the Daily Mail, added: ‘They’ve talked about wanting to retain a role in the Commonwealth.

‘The Commonwealth isn’t a plaything of the Royal Family. The Royal Family spent years, generations trying to adjust its relationship with what used to be the Empire. 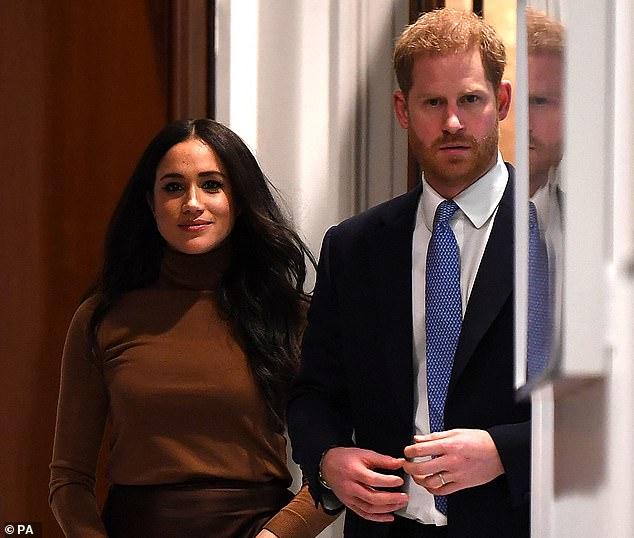 ‘Since the creation of the modern Commonwealth, the Royal Family have been very careful to step back from any sort of executive role, it’s a symbolic figurehead role.

The title HRH is given only to those members of the Royal family in direct line to the throne and their spouses.

Harry has been an HRH since birth. On the morning of the wedding in May, 2018, his grandmother the Queen gave him the title Duke of Sussex.

Meghan became Her Royal Highness The Duchess of Sussex when she married Harry. Their title in Scotland is the Earl and Countess of Dumbarton.

In common usage since the 18th century, HRH – His or Her Royal Highness – only got official recognition in 1917 under King George V.

Their wives are also eligible to use the title but husbands and children of the daughters of the sovereign are not. Peter and Zara Phillips, for example – the children of the Princess Royal – are not HRH.

Prince Andrew’s former wife Sarah lost her HRH after her divorce in 1996. The Princess of Wales was stripped of the title when she agreed to a divorce settlement from Prince Charles in the same year.

A fierce dispute concerning the title occurred on the abdication of Edward VIII in 1936, when he was created HRH the Duke of Windsor.

Despite repeated pleas, his brother George VI refused to grant the same title to his wife, the former Mrs Wallis Simpson, who had to be content with ‘Her Grace’.

‘So to just sort of to say, ‘Well, I’d quite like to do this in the Commonwealth’, you’ve got to get it past 53 nations, not just your family.’

Harry and Meghan will need titles if they can continue to undertake duties on behalf of the Queen.

They could voluntarily relinquish their HRHs and retain their courtesy titles, the Duke and Duchess of Sussex, given by the Queen.

However the couple’s new brand – Sussex Royal – is built around the kudos of being a royal highness.

Losing this would it signal this is an abdication in all but name and it would mean the couple being lower down the pecking order than Prince Andrew’s daughters, Princess Beatrice and Princess Eugenie.

Andrew’s ex-wife Sarah lost her HRH after her divorce in 1996 as did Diana when she split from Charles the same year.

Last week, former MP Norman Baker, a Privy Council member, said the Queen has the ability to strip the Sussexes of the title, adding: ‘You are either a member of the Royal Family or not.’

But members of the Royal Family do not see any benefit in them losing their titles.

They are acutely aware of the disastrous consequences when Harry’s mother, the late Diana, Princess of Wales, lost her HRH status as the public believed she had been vengefully stripped of her status.

Last week constitutional expert Robert Hazell said: ‘The title HRH is in the gift of the Queen so if she wanted to remove it, it’s a matter for her own discretion.’

Mr Hazell, of University College London’s constitution unit, added that ‘if the political and Parliamentary will were there, Parliament could legislate’ on the issue too.

‘Parliament can legislate on anything, it is sovereign,’ he said. 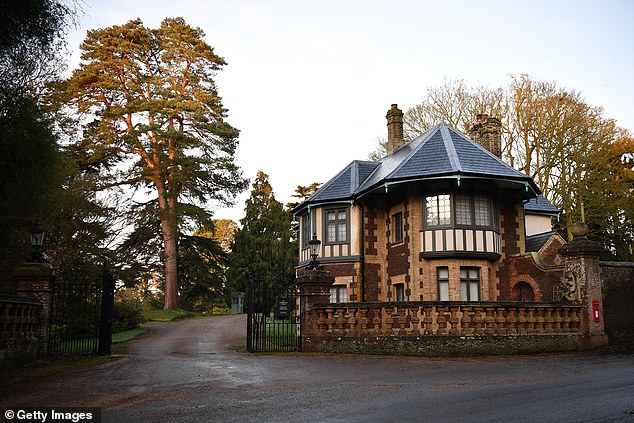 A summit will take place at the Sandringham estate in Norfolk today involving Prince Harry, the Queen, Prince Charles and Prince William to discuss Harry’s future with the Royal Family

‘For example, the rules of succession were changed by the Succession to the Crown Act of 2013 to introduce gender equality.

‘If the government wished, Parliament could also legislate to remove royal titles. But that is highly unlikely. I would be very surprised if the government wanted to get involved, although the Prime Minister maybe asked about it.

‘Ultimately, it’s a matter of judgement for the Queen. She will be very concerned about the potential reputational damage to the monarchy.

‘She will also have conflicting feelings about it because, after all, this is her grandson we are talking about.’

Teen hospitalized wants to start a campaign to ban vaping

Louisiana: 5 Facts About Strict Law Banning Abortion With No Exceptions For Rape & Incest