THIS is the dramatic moment Priti Patel attends a dawn drug raid with the Metropolitan Police.

Images from early this morning show at least a dozen cops piling into a South London flat after the door to the building was smashed with a battering ram. 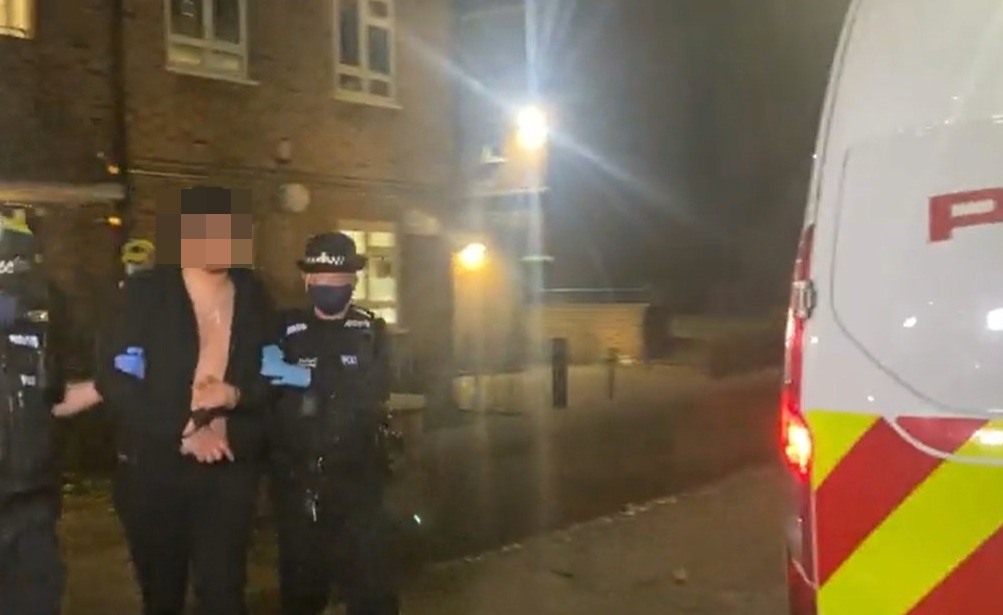 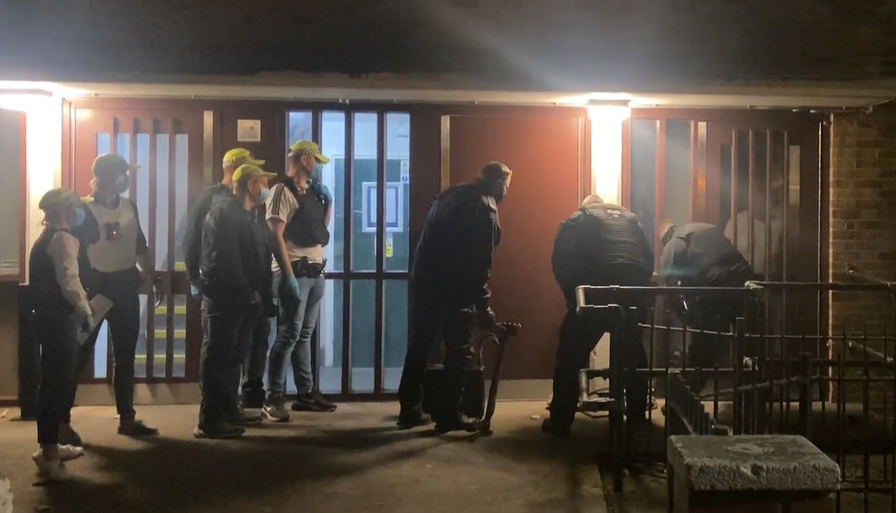 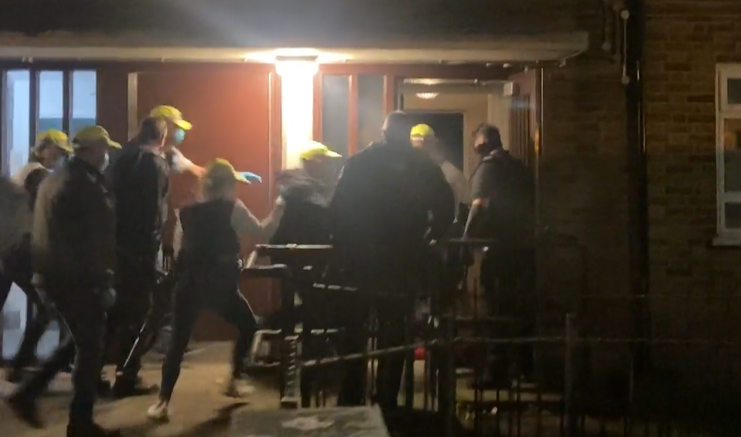 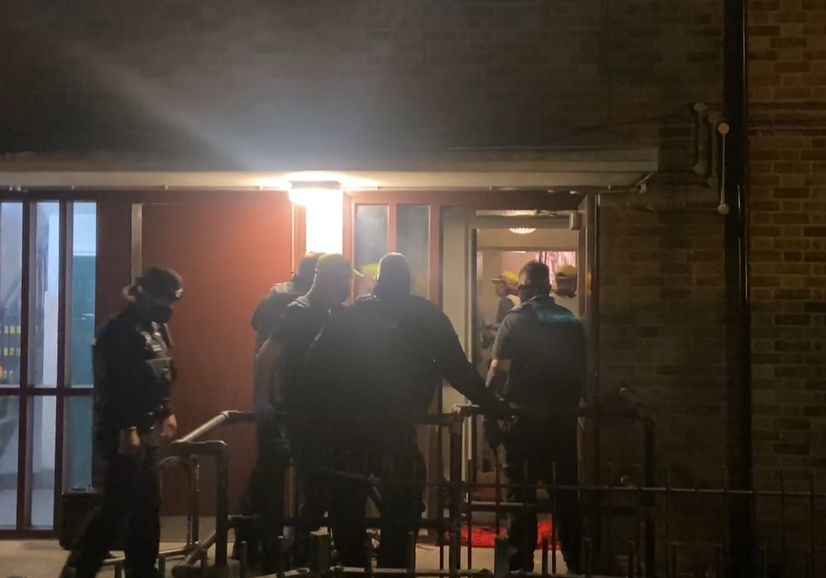 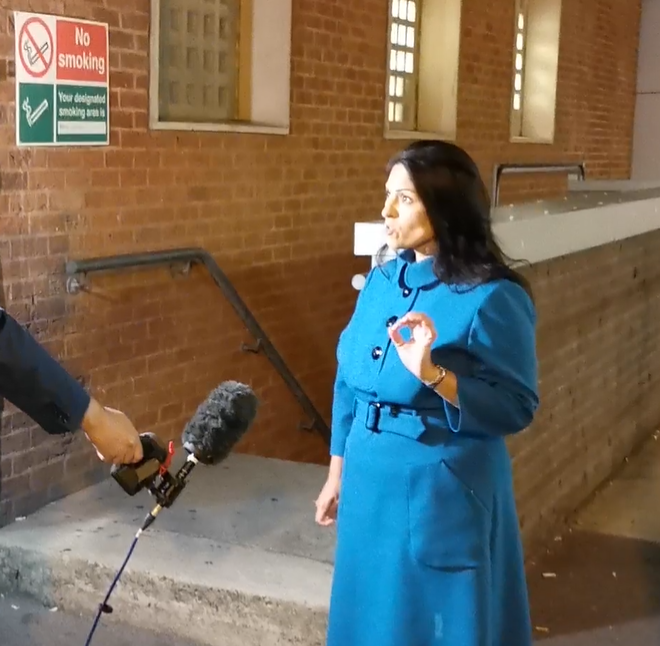 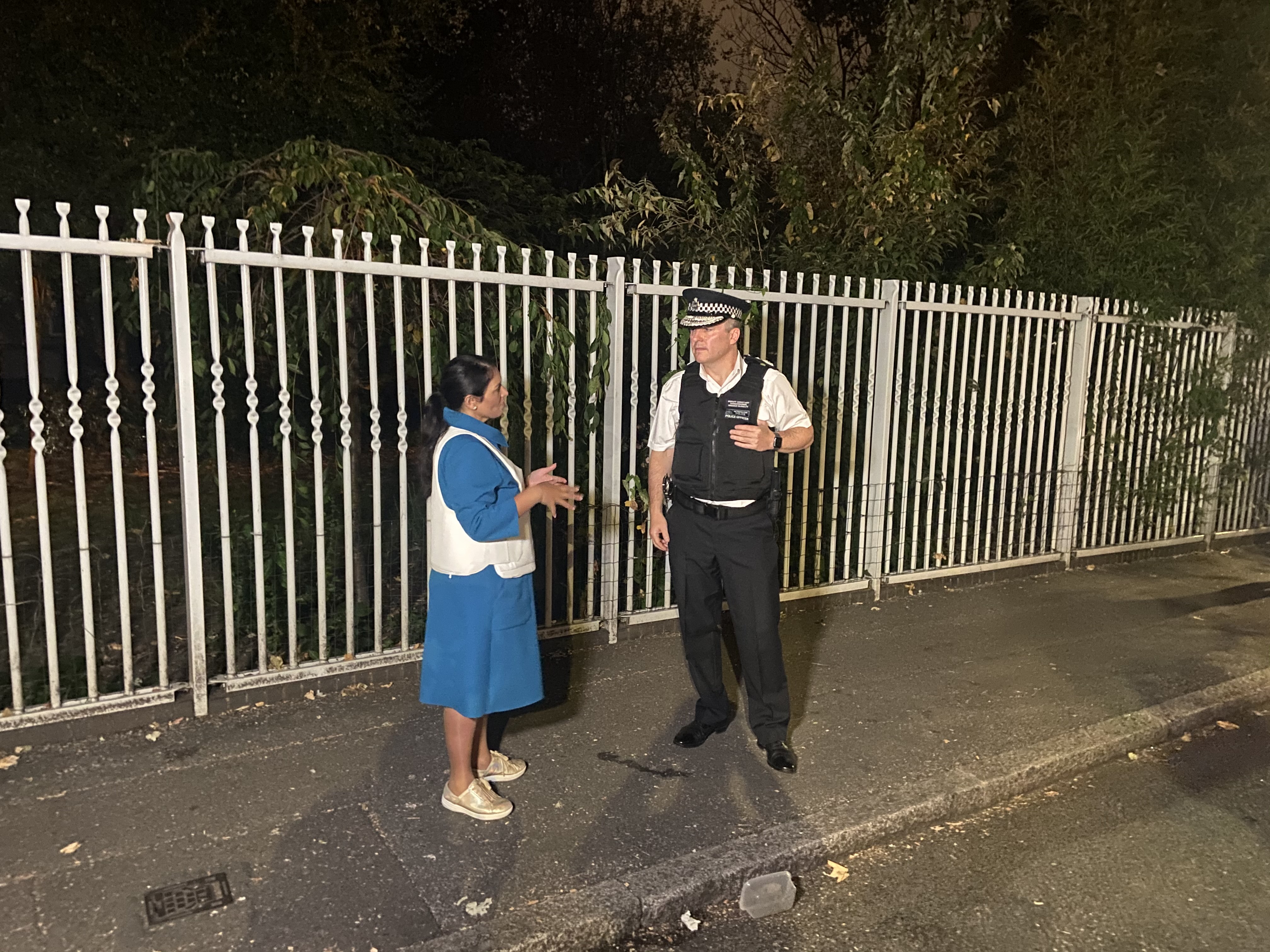 Two cops flanked the suspect as they dragged him out of the building in handcuffs before he was stuffed into the back of a police van.

Outside the flat, the Home Secretary sent a stark warning to those who run county lines drug networks.

Ms Patel said: "My message is clear: We are coming after you.

"And that has been my message from day one."

More than 2,600 people have been arrested since the government announced a £25million cash injection tackle county lines.

In March it was revealed that police had made 650 arrests and seized cash and drugs worth more than £3million in the raids.

Between last November and March, more than 100 weapons, including guns, were found in a massive county lines crackdown.

And 139 supply lines, linked to phone numbers dialled by users to buy drugs, were shut down.

The operations — which identified 140 children in the drugs trade — were carried out by British Transport Police and the Met, Merseyside and West Midlands forces as part of an effort to smash organised crime groups.

The Home Office said the campaign was funded by £5million from the Government's £25million package to tackle the county lines problem — which sees the young and vulnerable used as couriers to move drugs and cash between cities and smaller towns.

In March, the Home Secretary said: “I’m determined to stop county lines drugs gangs from terrorising our towns and exploiting our children.

“I have seen first-hand the important work the police are doing to tackle county lines, and these impressive results show just how much of an impact our investment is having.”