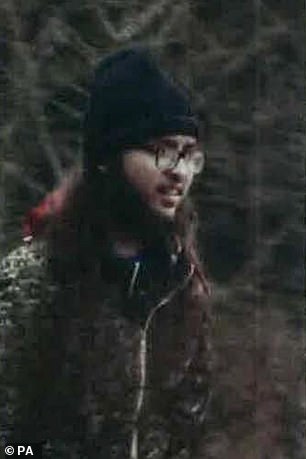 Above: A photo taken from a classified police intelligence report into Sudesh Amman when he was under surveillance

Probation officers made the ‘wrong call’ when they failed to recall the Streatham terrorist to prison before he launched an attack on a busy shopping street, an inquest heard.

Sudesh Amman, 20, from Queensbury, North London, grabbed a 20cm kitchen knife from a hardware store and stabbed two passers-by in an attack on Streatham High Road on February 2 last year.

He was shot dead 62 seconds later by an armed surveillance team.

Amman had been under surveillance, two days earlier, when he looked at knives in the same Low Price Store and bought bottles of Iron Bru, Bacofil and parcel tape in Poundland which they rightly believed he might use to make a fake suicide vest.

But probation officers decided not to search his room in the hostel where he was housed, in case it tipped him off to the undercover police operation, and did not recall him to prison for suspicious behaviour, his inquest was told.

Rajiv Menon QC, for the Amman family, said: ‘When the decision was taken not to exercise the power of arrest and not to recall to prison, these were missed opportunities that ultimately placed the public at serious risk, in other words, the wrong call was made.’

Al Reid, who was the national security lead for the probation service, told the inquest that he didn’t think there was enough information for a recall, ‘based on his response post release.’

‘He had engaged with his offender manager and with other people on release into the community and his behaviour was certainly not in the approved premises as he was in custody.’ 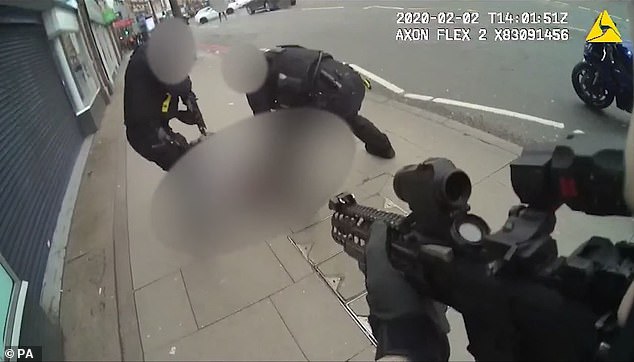 Police approaching the prone body of Sudesh Amman, who had been shot

Mr Menon asked: ‘You think the decision not to recall was the correct one, the information was available but the decision was taken not to institute the recall procedure?’

Amman’s family accepted that the surveillance officers did what they could in difficult circumstances and had no choice to shoot him when he turned and ran at them with the knife.

But Mr Menon said: ‘Two members of the public were stabbed and a man was shot and killed, and if they hadn’t acted as quickly as they did, more might have been [stabbed] so we can say the risk wasn’t managed? ‘

Mr Reid: ‘With the benefit of hindsight, yes.’

Jonathan Hough QC, for the coroner, said: ‘You have put some reliance that Sudesh Amman had been compliant with his licence conditions, polite and perfectly decent with his offender manager.

‘But some offenders, including terrorists, manage to be deceptively compliant when they are intent on launching an attack, for much longer than 10 days?’ 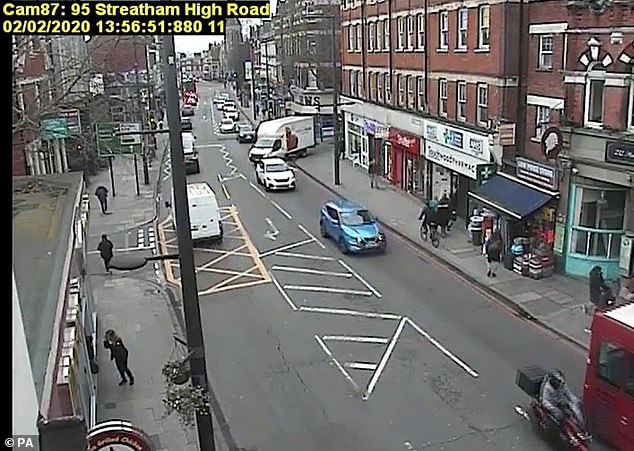 Dr Ashley Fegan-Earl, who carried out a post-mortem examination said Amman had been shot four times

Mr Hough said police had identified that the items might be used to make a suicide belt and similar devices had been used in knife attacks.

Prison intelligence suggested Amman retained an extremist mindset and told others about his desire to carry out attack, probably with a knife.

‘With all that information, this was an extremely dangerous young man.’ he said.

‘Would you accept that a probation officer could reasonably say that Amman was actively thinking of reoffending? ‘

‘If a probation officer did form that view, you accept Sudesh Amman could have been recalled by the emergency process?’ 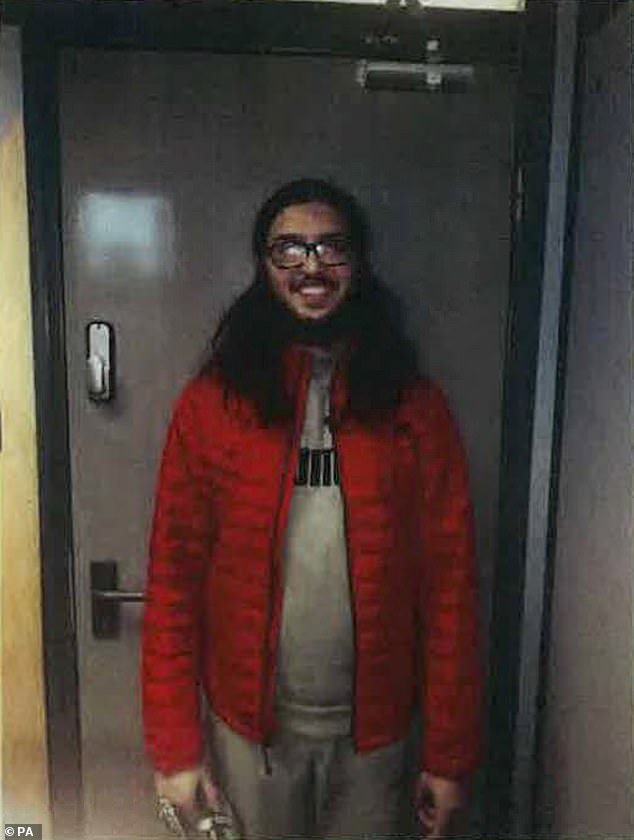 Sudesh Amman, pictured, was shot at close range by a firearm officer on Streatham High Road, south London, after rampaging down the street on Sunday February 2, 2020

‘While you didn’t take the view that recall was justified, based on the information you had, another reasonable person with same set of facts could have taken a different view? Mr Hough said.

‘They could have done,’ Mr Reid said.

The inquest continues with the coroner’s summing up on Wednesday.

The probation manager said that he considered asking staff in the probation hostel to search Amman’s room and if he had made the hoax belt, it would have been found.

‘If there were individual items, it would probably not raise much concern but if he had started manufacturing or had made the belt that would expose that,’ he told the inquest.

He said they also had a conversation ‘to see if we could engage with him on return about where he had been and what he had done that day.’

‘If he said he had been on Streatham Common but we knew he had been shopping’ they would know he was lying, Mr Reid said, referring to it as ‘the Columbo technique’, after the TV detective.

But he said in conversation with Carina Heckroodt, the head of the probation service’s London extremism unit, he was told the police did not want to expose their covert surveillance operation.

Mr Hough asked: ‘If it was felt that action might inform Sudesh Amman about surveillance, would you say that was a price worth paying given that he could have been kept inside for quite some time?’

Mr Reid said: ‘The over-riding memory I have of that conversation is that the police surveillance operation had to be protected at all costs.’

‘Surely the prospect of putting him back in prison for 20 months, a short-term compromise of the surveillance operation was a price worth paying?’ Mr Hough said.

But the probation officer insisted Amman would be a greater risk when he was let out of prison at the end of his sentence, without licence conditions.

‘A member of the public, standing back, may say if he required round the clock close armed surveillance with two armed vehicles in back up, their management in the community is really quite difficult?’