London: Progressive politics is facing extinction, former British prime minister Tony Blair has warned in a stinging critique of the far-left and its “voter-repellent” approach to culture, gender, race and identity.

Blair, one of just three Labour leaders to ever win general elections in the United Kingdom, also said his crisis-plagued party needed “total deconstruction and reconstruction” – remarks which sparked fresh speculation over whether the 68-year-old might be mulling a comeback. 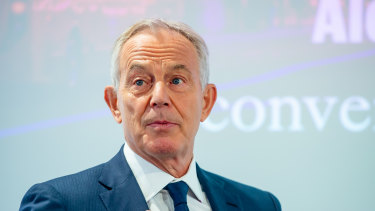 In an essay for the left-leaning magazine New Statesman, Blair said there were only flickers of a progressive agenda with deep majority support around the globe and predicted the problem would worsen without an urgent change of strategy.

“Political parties have no divine right to exist and progressive parties of the centre and centre left are facing marginalisation, even extinction, across the Western world,” he said.

Blair cautioned against reading too much into US President Joe Biden’s election victory, which he said was more a political aberration than a sign the left understood the policy formula required to win big contests.

Progressives cling to an “old fashioned” economic message and have fundamentally misunderstood the political implications of technological change, he wrote.

“This is combined with a new-fashioned social and cultural message around extreme identity and anti-police politics which, for large swathes of people, is voter-repellent,” he said.

“‘Defund the police’ may be the left’s most damaging political slogan since ‘the dictatorship of the proletariat’. It leaves the right with an economic message which seems more practical, and a powerful cultural message around defending flag, family and fireside traditional values.”

Blair said moderate figures on the left often steered clear of cultural and identity debates because they don’t understand them and worry about “tripping up or saying the wrong thing”. As a result they don’t recognise a culture war is happening, decide not to participate or “play at the back as quietly as possible”.

The right “knows they are onto something” on cultural issues, said the former PM. “They are revelling in it and setting traps for the left all over the field, which the left is falling into one by one.”

Blair sealed a landslide election victory in 1997 and won two other polls before quitting in 2007 amid low ratings and fallout from the Iraq war. 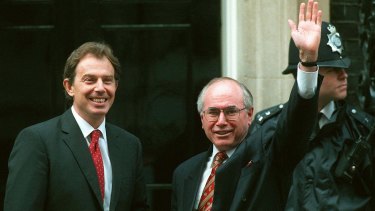 Tony Blair with the then Australian prime minister John Howard outside Downing Street in 1997.Credit:Dave Thomson

His essay was published a week after UK Labour suffered major losses at a series of council elections. It was also thumped during a byelection in the traditional Labour stronghold of Hartlepool – a sign that the Conservatives still enjoy strong support from traditional blue-collar voters who overwhelmingly backed Prime Minister Boris Johnson at the 2019 general election.

Matthew Goodwin, a professor of politics at the University of Kent, earlier this week calculated the centre-left vote was its lowest level in the UK since 1935, lowest in Austria since 1911, lowest in Germany since 1932 and lowest in Sweden since 1908.

It is at its lowest ever in France, Italy and the Netherlands and second lowest on record in Finland, Goodwin said.

UK Labour is still in disarray after its former leader Jeremy Corbyn, the most left-wing figure to ever lead the party, presided over a catastrophic defeat at the 2019 poll.

Outlining the principles of how to arrest the left’s electoral woes, Blair warned against “keeping your head down”.

“There is a big culture battle going on. Progressive folk tend to wince at terms such as ‘woke’ and ‘political correctness’, but the normal public knows exactly what they mean,” he said.

“And the battle is being fought on ground defined by the right because sensible progressives don’t want to be on the field at all. The consequence of this is that the radical progressives, who are quite happy to fight on that ground, carry the progressive standard.

“The fact that it ensures continued right-wing victory doesn’t deter them at all. On the contrary, it gives them a heightened sense of righteousness, like political kamikaze.”

Blair said the left needed to understand that voters do not like their country, flag or history to be disrespected.

“The left always gets confused by this sentiment and assume this means people support everything their country has done or think all their history is sacrosanct,” he said.

“They don’t. But they query imposing the thinking of today on the practices of yesterday; they’re suspicious that behind the agenda of many of the culture warriors on the left lies an ideology they find alien and extreme; and they’re instinctively brilliant at distinguishing between the sentiment and the movement.

“They will support strongly campaigns against racism; but they recoil from some of the language and actions of the fringes of the Black Lives Matter movement. You could go through the entire litany of modern causes and find the same – from Extinction Rebellion to trans rights to Reclaim the Streets – in the same way.

“People like common sense, proportion and reason. They dislike prejudice; but they dislike extremism in combating prejudice.”

Labour has not governed in the UK for more than six consecutive years with the exception of Blair’s decade years in office.

Blair described current leader Sir Keir Starmer as intelligent and capable but said he had failed to cut through.

“The Labour Party is now scratching its collective head and wondering why the replacement of an extremist with someone more moderate isn’t achieving the miracle renaissance,” Blair said.

“But the Labour Party won’t revive simply by a change of leader. It needs total deconstruction and reconstruction.” 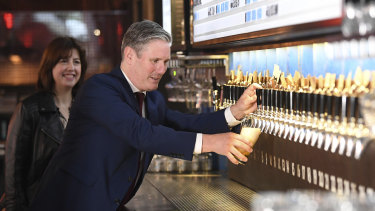 “Otherwise, we will be in the dreary business of fighting with a cause which is unclear, our hands tied behind our back, on a ground we didn’t choose in a battle we can’t win, against a foe which doesn’t deserve to triumph; and hoping that another defeat will bring the clarity of purpose we should embrace now. It won’t.”