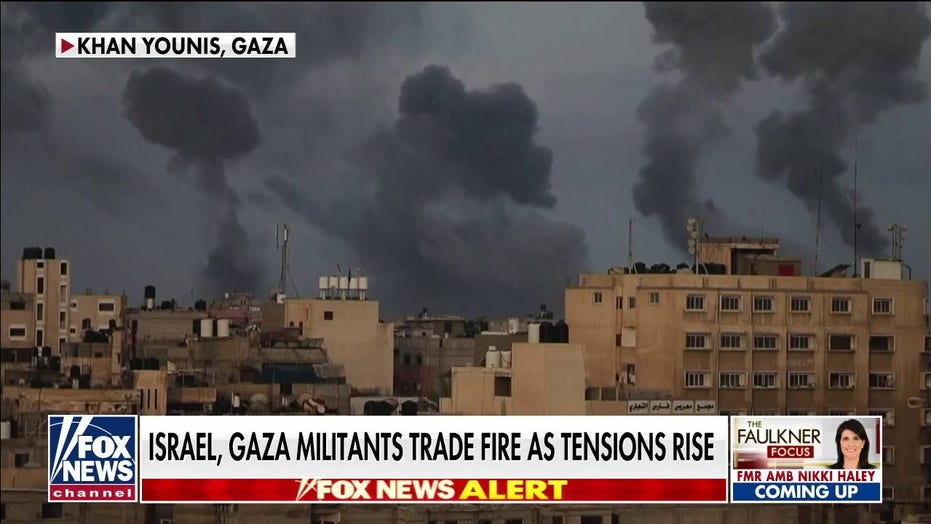 Trey Yingst provides the latest updates on the Israeli-Palestinian conflict.

Supports of both Israel and Palestine clashed on the streets of New York City Tuesday, following violent attacks in the Middle East this week.

New York police officers attempted to keep the groups separated, but videos posted to social media showed protestors breaking free in an attempt to physically assault one another.

Both the pro-Israel and pro-Palestine groups were relatively small, but their shouts and repeated attempts to attack one another drew a crowd in front of the Israeli consulate in Manhattan.

New York Mayor Bill de Blasio could not be immediately reached by Fox News for comment.

Due to safety precautions, staff members at the Israeli consulate in New York City were sent home ahead of Tuesday’s protest, the Times of Israel first reported.

Rallies in support of Palestine have popped up globally, with several events scheduled in the U.S., Canada, the United Kingdom and Europe.

Another “All Out For Palestine” protest is expected in New York Wednesday.

Since Monday, Israel and Palestine have exchanged rocket fire, resulting in hundreds of injuries and the deaths of at least two Israelis and 32 Palestinians.

“Leaders on all sides have to take the responsibility of de-escalation,” he said in a statement. “The cost of war in Gaza is devastating & is being paid by ordinary people. UN is working with all sides to restore calm. Stop the violence now.”