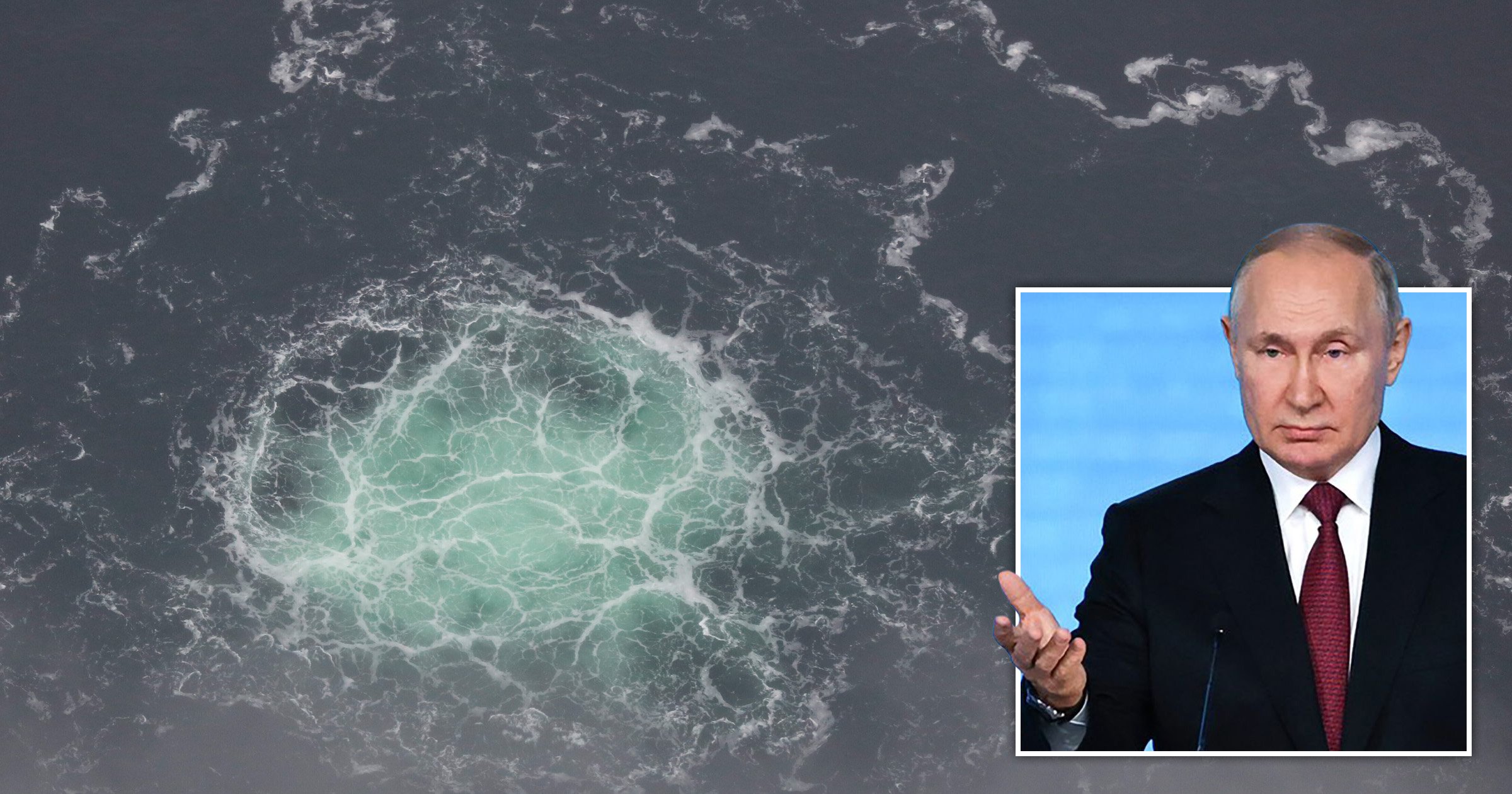 Vladimir Putin has issued another thinly veiled threat, warning all important energy and transport infrastructure across the world is at risk following the Nord Stream gas pipeline explosions.

Some Western intelligence has pointed the finger at Russia itself for the leaks, but the president insists they were a ‘terrorist attack’.

He cautioned this had set ’the most dangerous precedent’ while speaking at a Moscow energy forum on Wednesday.

‘It shows that any critically important object of transport, energy or utilities infrastructure is under threat’ no matter where it is located or by whom it is managed, he told his audience.

Once again, the Kremlin leader claimed the US was likely behind the explosions that caused a massive gas leak, taking the Nord Stream 1 and 2 pipelines out of service.

‘The act of sabotage of the Nord Stream 1 and 2 is an act of international terrorism aimed at undermining energy security of the entire continent by blocking supplies of cheap energy’, he said,

‘Those who want to rupture ties between Russia and the EU are behind the acts of sabotage on the Nord Stream.’

‘It was a deliberate act of sabotage and the Russians are pumping out disinformation and lies’, he said.

Kremlin propaganda previously accused British military divers of being responsible, while awkwardly admitting they have absolutely no proof.

Brits have been hit with surging energy bills, in part due to Russia’s brutal war in Ukraine.

Millions have been warned to brace for possible blackouts and rationing this winter if power plants can’t get enough gas to keep running.

Putin says one of the two links of the Nord Stream 2 has remained pressurised and appears to be ready for service.

If checks prove that the pipeline is safe to operate, Russia stands ready to use it to pump gas to Europe, he said.

How Europe's lockdowns compare to Britain