A racist nurse who labelled her colleagues ‘spear chuckers’ has been suspended after saying she was looking forward to ‘working with a team of white people’.

Melanie Hayes, from York, who was working at the Nottinghamshire NHS Foundation Trust, avoided being struck off despite her comments being branded ‘deplorable’.

A disciplinary panel heard the mental health specialist said of her co-workers ‘I have f***ing had enough of those lazy b****** spear chuckers.’

She complained about the non-white staff, stating: ‘You got a f***ing African who cannot manage a team and a f***ing P*** who cannot make clinical decisions.’

On her last day, Mrs Hayes said her new job would be better because ‘I will be working with a team of white people’. 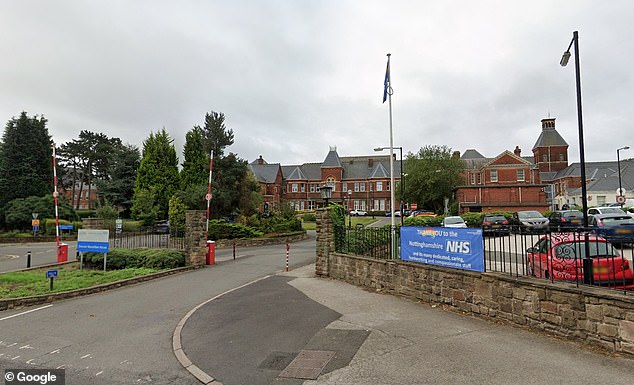 Melanie Hayes, from York, worked for Nottinghamshire NHS Foundation Trust, which is based at Duncan Macmillan House in Nottingham (file picture)

At a misconduct hearing held by the Nursing and Midwifery Council, Mrs Hayes admitted a series of racist comments.

However, she avoided being struck from the nursing register because the panel ruled this would be ‘unduly punitive’.

The hearing was told Mrs Hayes had been a registered mental health nurse since 2009 and started working for the Derbyshire Healthcare NHS Foundation trust in June 2016.

She worked in the early interventions team from January 2018, supporting people experiencing their first episode of psychosis.

The panel heard that a referral was made in July 2019 regarding statements made by Mrs Hayes on her last working day in May 2018 and an investigation began, which revealed several other disturbing interactions she had had with colleagues.

It was heard that Mrs Hayes said to a colleague in 2012: ‘I have f***ing had enough of those lazy b***ard spear chuckers all they do is that they sit on their fat a***s reading f***ing newspapers all day.’ 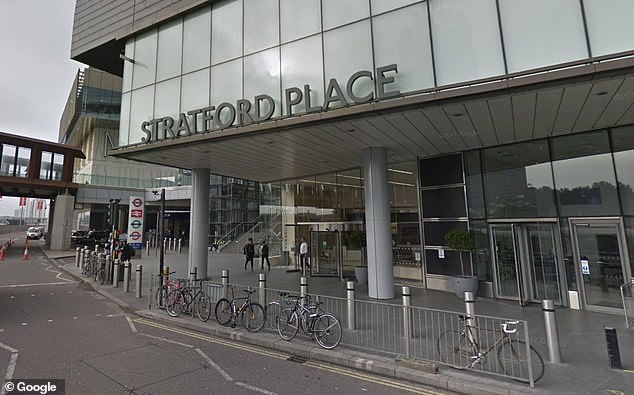 Mrs Hayes told the panel that she was working at the Nottinghamshire NHS Foundation Trust at the time and admitted making the comments.

The panel heard that Mrs Hayes made derogatory comments on her last day of work in May 2018. She was in the nurses’ office when a colleague said goodbye to her, knowing it was her last day.

In response, Mrs Hayes admitted saying: ‘Hopefully the new job will be better than this one as I will be working with a team of white people.’

When the colleague asked her to explain what she meant, Mrs Hayes replied: ‘You got a f***ing African who cannot manage a team and a f***ing P*** who cannot make clinical decisions.’

Mrs Hayes told the panel that she was referring to two of the members of the early interventions team but that neither of them were in the room at the time and would not have heard what she had said.

Irene Kitson, who chaired the NMC panel in this case, said: ‘Mrs Hayes’s actions amounted to a serious departure from the standards expected and would be considered deplorable by the public and fellow practitioners.’

However, the panel ruled that a suspension of six months would be a sufficient punishment because ‘Mrs Hayes misconduct was difficult to remediate but not impossible’.

Ms Kitson concluded: ‘Whilst the panel acknowledges that a suspension may have a punitive effect, it considered that it would be unduly punitive in Mrs Hayes’s case to impose a striking-off order.’

Search for missing sisters, 3 and 9, who were ‘abducted in minivan’ – The Sun

The most and least crashed cars revealed – does you motor make the list?