Radio 2 is cleaning up The Pogues: Station will play non-offensive version of Christmas classic Fairytale of New York with alternate Kirsty MacColl vocal

Radio 2 is to play a censored version of The Pogues’s classic song Fairytale Of New York for the first time this Christmas.

Until now the radio station has aired the original version of the festive favourite, which features Kirsty MacColl, with the controversial lyrics ‘you cheap, lousy faggot’ – an offensive term for a gay man.

The song was first released in 1987. But Radio 2 said it was now ‘reflecting’ what it was ‘hearing back from many of our listeners’ who ‘find some of the lyrics jarring in 2022’.

Instead, the station will air a version with the lyrics ‘you’re cheap and you’re haggard’. 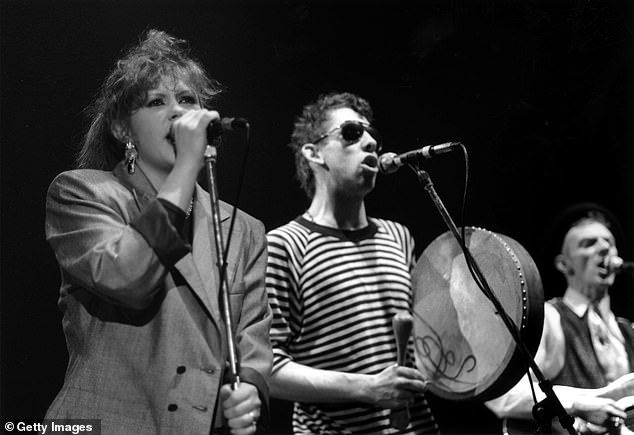 The classic song, Fairytale Of New York sung by The Pogues (pictured) was released in 1987

MacColl is said to have used these different lyrics in later years when she performed the song.

It was revealed in 2020 that Radio 1 would be using an edited version with different lyrics. At that point Radio 2 carried on airing the uncensored version.

The BBC this year has said its stations would select the version of the song ‘most relevant for their audience’.

A Radio 2 spokesman said: ‘We know the song is considered a Christmas classic and will continue to play it this year, with our radio stations choosing the version of the song most relevant for their audience.

‘On Radio 2 we are reflecting what we are hearing back from many of our listeners who love the song, but find some of the lyrics jarring in 2022, and playing an alternative version provided by the record company.’