Two RAF Typhoons were scrambled tonight to intercept a potential ‘bomb threat’ against a Jet2 flight over Essex.

The two jets raced south from RAF Coningsby in Lincolnshire just before 8pm as a Jet2 flight from Dalaman to Manchester turned around in mid-air.

Flight tracking data shows the military aircraft appearing to escort the jet through airspace in Essex before the passenger plane landed at Stansted Airport.

It has since taxied to a remote stand away from the terminals amid reports of a bomb threat.

According to AviationSource, sources within the airline have confirmed the flight was escorted to the ground after a ‘bomb threat made to the aircraft’. 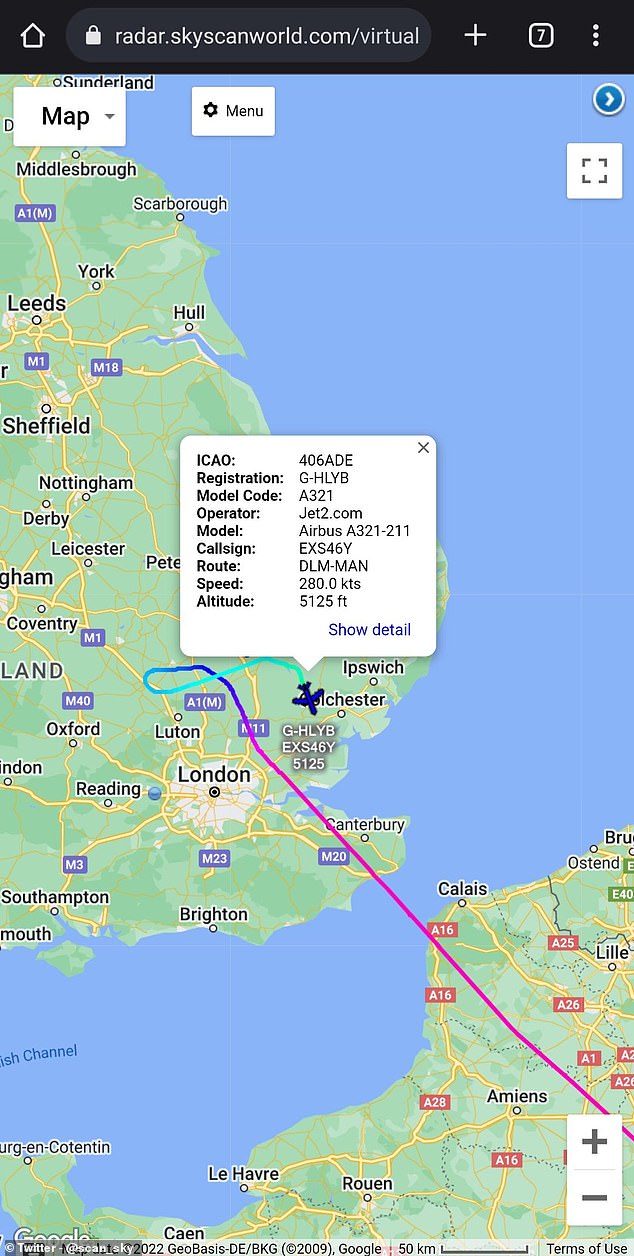 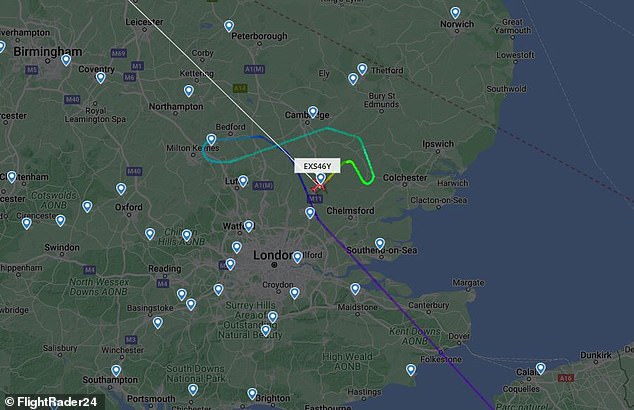 The Jet2 flight had left Dalaman in Turkey at 6.55pm local time, before flying over Europe and crossing the English Channel at around 7.45pm.

The aircraft, operating under flight number LS922/EXS46Y, then appeared to change course shortly before 8pm.

According to tracking app FlightRadar24 the plane then performed a U-turn and descended in altitude while in the skies above Bedfordshire and Buckinghamshire.

It then continued to descend in the air above Essex, escorted by two RAF Typhoons which had been scrambled in response, before landing at Stansted at 8.22pm.

A spokesperson for Jet2 told MailOnline: ‘We can confirm that flight LS922 from Dalaman to Manchester diverted to London Stansted this evening under the direction of UK Air Traffic Control.

‘The aircraft has landed safely and has taxied to a remote stand. We are currently liaising with London Stansted Airport as well the relevant authorities.’

N.Y. Couple Was Found Dead in Home 2 Weeks Ago, and Police Now Say It Was Murder-Suicide