Odeon has come under fire for charging up to £40.75 per movie at its new Leicester Square cinema, which is opening for Christmas after a multi-million pound refurbishment.

Tickets in the ‘Royal Box’ for a viewing of Mary Poppins are limited to 22 guests and offer fully reclining chairs, ‘masses’ of legroom, personal tables and an enviable view of the screen from the centre of the auditorium. 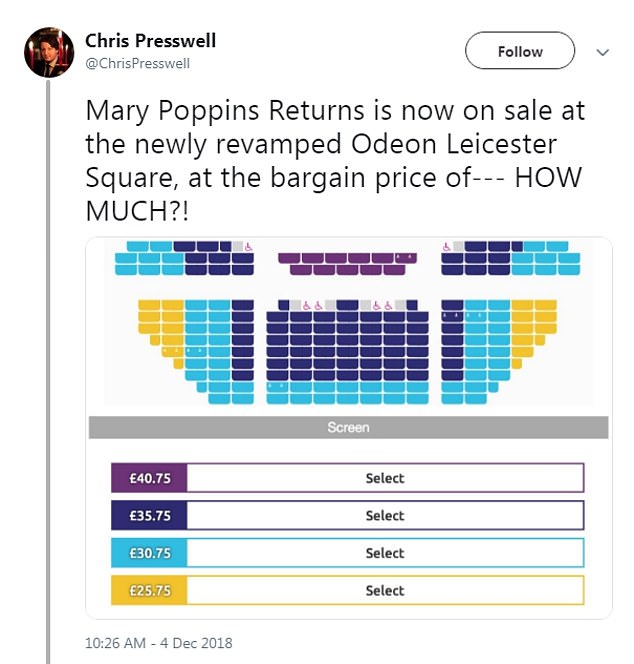 This Twitter user was astonished at the cost of buying tickets for a showing of Mary Poppins Returns at the newly revamped Odeon Leicester Square. This shows the cost of reclining seats

The new 800-seat cinema will feature a cocktail bar and a luxury interior, meaning prices are more expensive than at other venues.

But many social media users were not happy, with Chris Presswell tweeting: ‘Mary Poppins Returns is now on sale at the newly revamped Odeon Leicester Square, at the bargain price of— HOW MUCH?!’

Hannah Flint wrote: ‘So these are the prices at the refurbished ‘Odeon Luxe.’

‘It’s absolutely no wonder audiences are watching movies at home when they are priced out of going to the cinema or can only afford the worst seats in the house.’

‘Dantooine’ chimed in: ‘It was always on the rise, and the Leicester Square Odeon was always expensive but this is off the scale.’

And Georgie Lovatt added: ‘The Odeon is so expensive. Forgot I had to take out a loan for popcorn and a ticket.’ 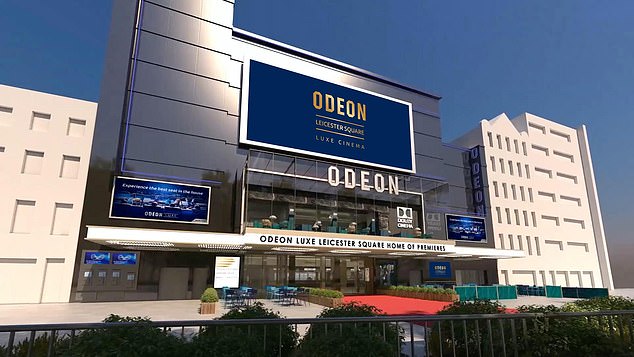 The new 800-seat cinema will feature a cocktail bar and reclining seats, meaning prices have increased at the venue. Pictured is an artist’s impression of what it will look like 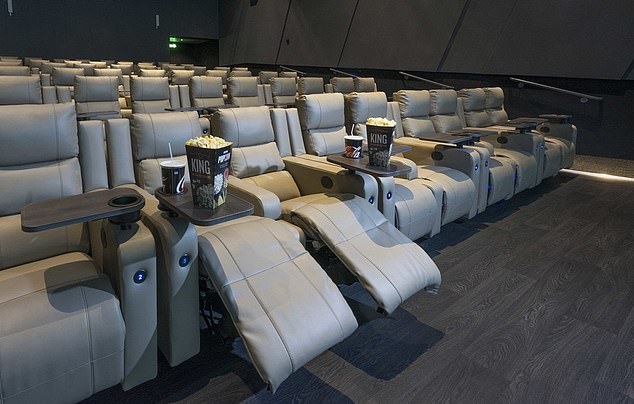 However, it is slightly cheaper than adult tickets to a Premier League football match, with those for Fulham v Leicester City tonight starting at £45.

West End plays usually average around £43.01, according to Stage.co.uk.

Odeon defended its pricing, insisting the new venue was ‘different to any other cinema in the UK’ and fitted with the latest technology and comforts. 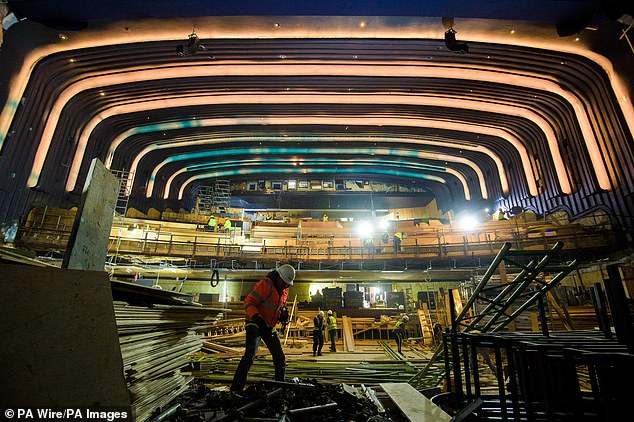 Odeon defended its pricing, insisting the new venue was ‘different to any other cinema in the UK’ and fitted with the latest technology and comforts. Pictured is one of the auditoriums under development 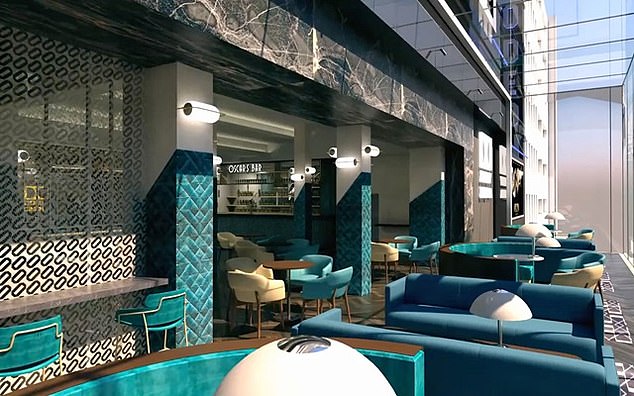 One of the bar spaces at the new luxury cinema, which will host swanky premieres at the heart of London’s West End

A spokesman said: ‘With tickets starting at just £10 for every show – and a range of other choices including Luxe recliners and the exclusive 22 full recliners in the Royal Box – it offers fantastic value compared to tickets for other popular destinations like the theatre, concerts or live sports.

‘Price choices vary and flex depending on a number of factors including seat type and location in the auditorium, what we’re showing, time of day, and the number of people booking at one time (for example family tickets are cheaper per person).

‘The first week of the biggest film of the year during the festive season is obviously peak, and guests can expect prices will flex throughout the year. 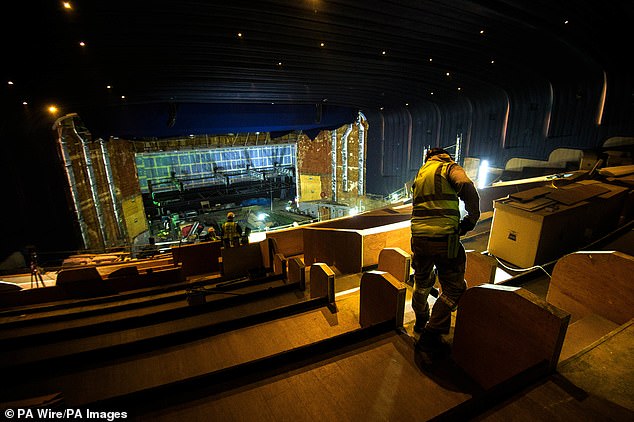 Odeon said the venue (pictured) would offer ‘fantastic value’, with tickets starting at £10 for every show 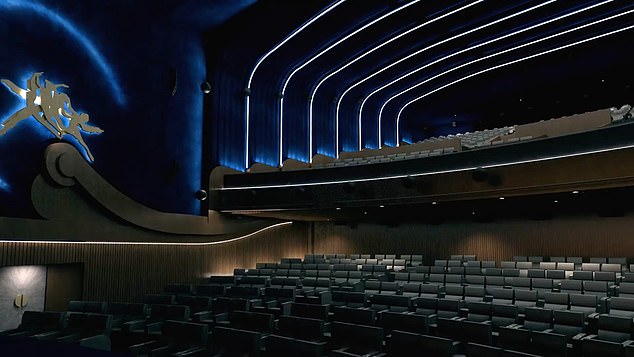 ‘The first week of the biggest film of the year during the festive season is obviously peak, and guests can expect prices will flex throughout the year,’ a spokesman said. Pictured: An image of the new venue

Coronavirus cases 18x higher outside of China than inside the nation