‘For the raccoon!’: Ukrainian mortars are covered in messages of revenge for mammal stolen from a zoo by Russian forces

Ukrainian forces have sought revenge for a raccoon that was stolen by the Russian military after they looted a zoo in Kherson.

The Ukrainian forces appear to have written ‘for the raccoon!’ on a mortar shell after the video of Russian soldiers capturing the animal went viral.

The blue mortar shell appears to have the message scrawled across the explosive in permanent marker, ready to be detonated in an act of revenge. 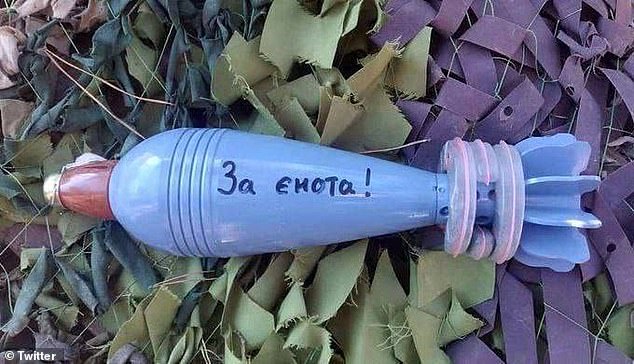 A mortar shell appears to read ‘for the raccoon!’ in apparent revenge for a raccoon that was stolen by Russians on Sunday 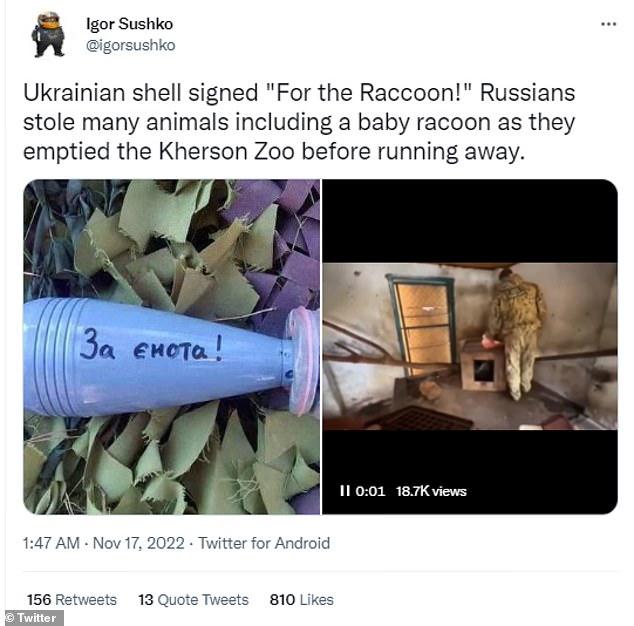 @IgorSushko tweeted the shell and wrote: ‘Ukrainian shell signed ‘For the Raccoon!’ Russians stole many animals including a baby raccoon as they emptied the Kherson Zoo before running away.’

The video showed a Russian zookeeper stealing animals from the Ukrainian zoo as he is aided by Putin’s troops.

Zookeeper Oleg Zubkov is seen trying to catch a raccoon within the animal’s enclosure as it tries to escape. The zookeeper then grabs the raccoon by its tale as it dangles and squirms in the air. He then goes to place the animal in a cage.

Other animals were also stolen from the zoo, including a llama that was bundled into the back of a van.

Another video shows a pair of wolves taken from a zoo in Ukraine’s recently liberated city of Kherson as they arrive in Crimea’s Taigan Lion Park, which is owned by Mr Zubkov.

In total, seven raccoons, two wolves, peacocks, a llama and a donkey were stolen from Kherson Zoo. 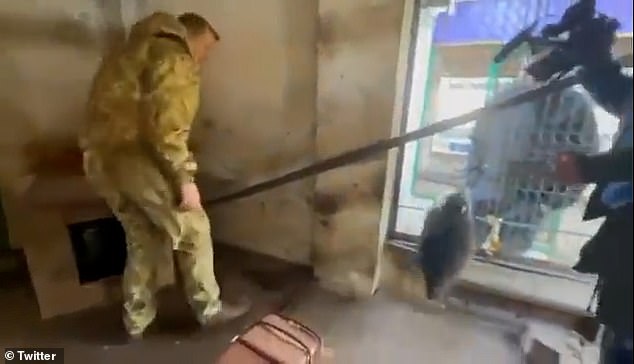 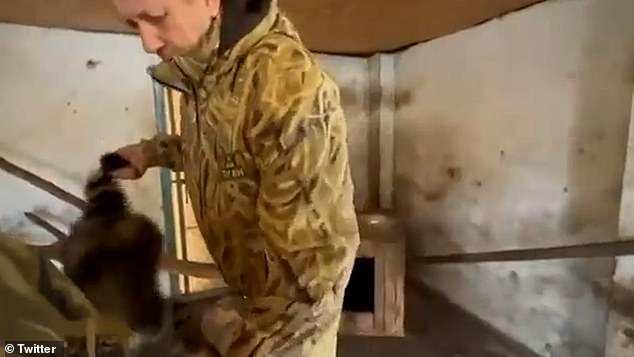 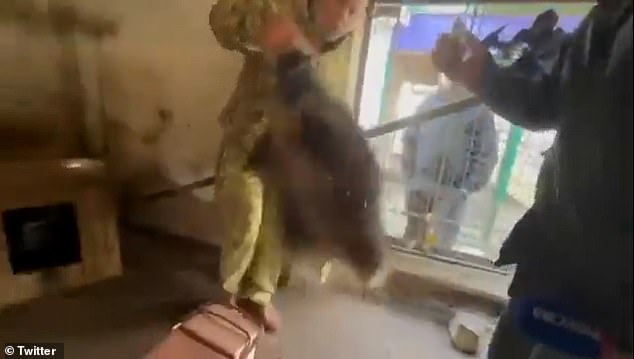 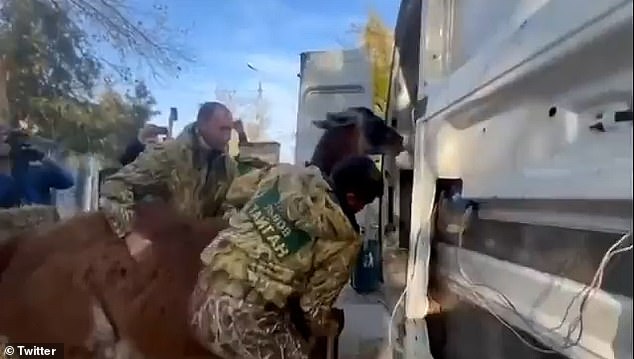 In total, seven raccoons, two wolves, peacocks, a llama (pictured) and a donkey were stolen by Russian forces from Kherson Zoo, the Washington Post reported 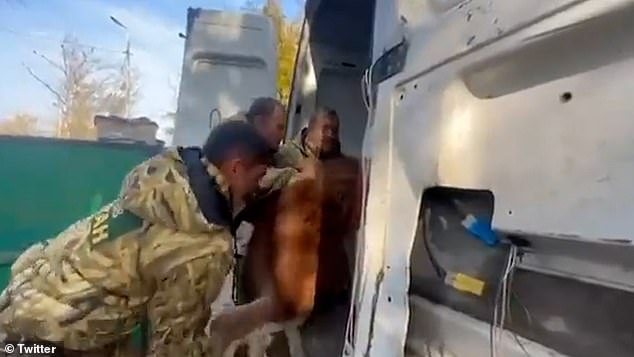 The operation has been condemned by Ukrainian authorities, who have accused Russia of looting Kherson as it withdraws its forces from the liberated city

Known as the ‘Lion Man’, Mr Zubkov was convicted for negligence last year after one of his tigers bit a one-year-old boy’s finger off.

He was given a sentence of two years and three months but served just two months after being released under the condition that he remained in Crimea.

However, Mr Zubkov claims he was assigned by Russia’s leader of Crimea, Sergei Aksyonov, to travel to Kherson on a special mission to take the animals to Russia, away from the war.

Calling it a ‘temporary evacuation,’ Mr Zubkov said: ‘It will be much better for the wolves here: a large territory, Crimean sun … it’s been their dream to live here.’

He claims that the wolves will be returned if Russia reoccupies Kherson, though the other animals are likely to remain where they are.

The operation has been condemned by Ukrainian authorities, which have accused Russia of looting Kherson as it withdraws from the liberated city.

Germans gather to remember the 25,000 victims of Dresden bombings

More than half of bad dreams people experience revolve around pandemic