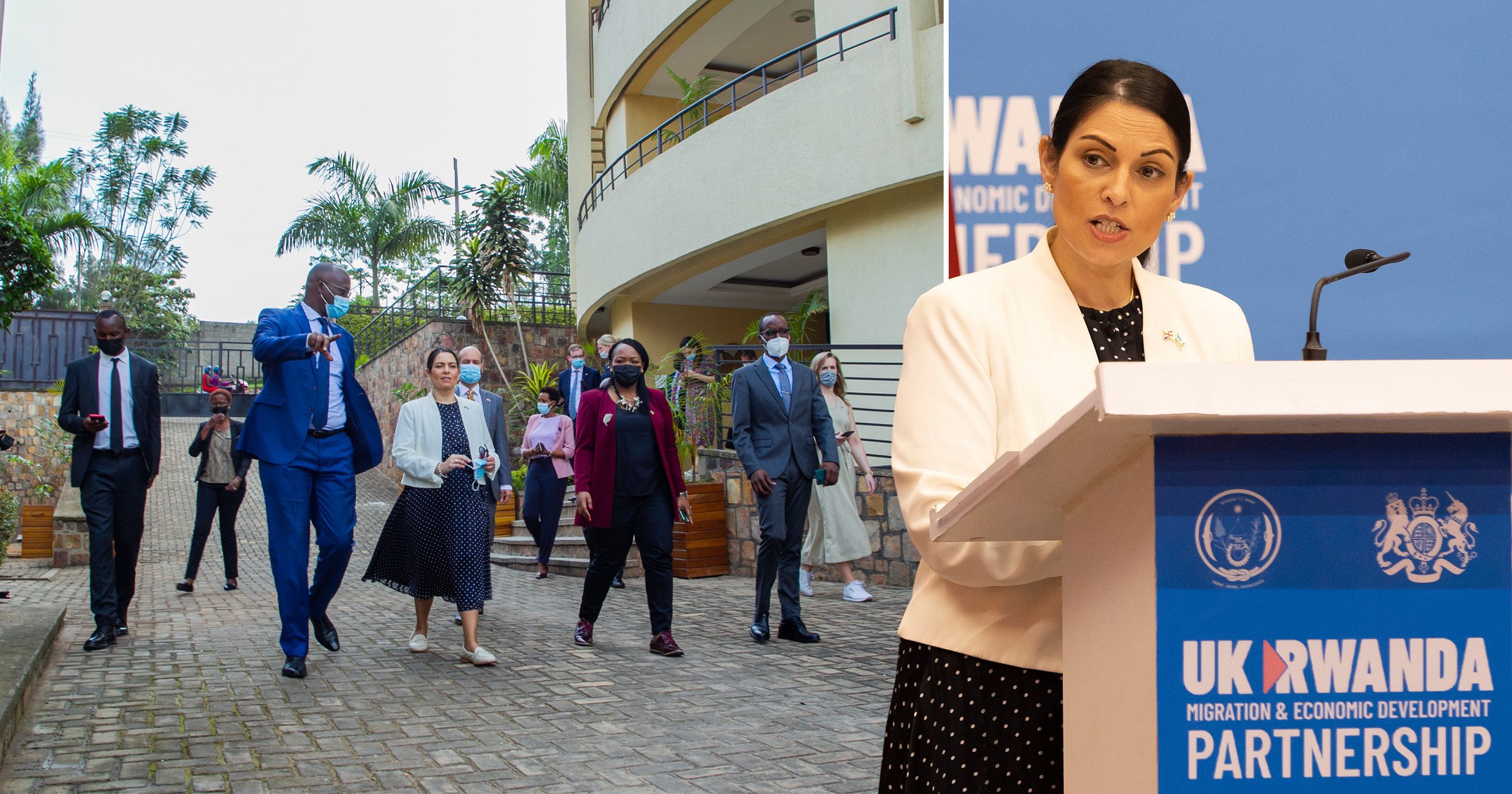 Survivors of the Rwandan genocide were moved out of their accommodation during a visit by Priti Patel, it has been reported.

The hostel, known as Hope House, is said to house around 22 people who were orphaned as children by the mass killings in 1994.

They are set to be rehoused to make room for asylum seekers sent from the UK under a new Home Office plan.

Rwandan officials say the facility, in the capital of Kigali, originally housed around 190 young people, most of whom have since moved out.

But a few, now aged 29 and up, have remained or returned after struggling to find steady work.

Most of the hostel’s 50 rooms are currently being used as accommodation for tourists.

The Home Secretary made a private visit to the site on April 14 after being briefed by British civil servants on plans to expand it.

That day, authorities told them they were being taken to see genocide memorials in Kigali’s parliament building and another town 23 miles south of the city, returning when British officials had left, according to the Observer.

One told the newspaper: ‘This is why we think everything is not done in good faith.’

Another said: ‘The [Rwandan] government is saying it will rent us somewhere else but we don’t believe it.

‘They are telling us to go but they haven’t given us money. Remember, some of these survivors lost [their] entire family. Where do they want us to go?’

Under the expansion plans, Hope House is expected to have 150 rooms sleeping up to 300 people, who will be provided three meals a day along with kitchen facilities for any refugees with special dietary requirements.

A spokesperson for the hostel did not deny the day trip but said the facility was being wound down long before British officials asked to lease it for the new asylum scheme.

They added: ‘Only a small fraction of the beds in the hostel were being used, and the facility is expensive to maintain.

‘We were delighted when the government offered to rent the property, as the funds we receive from them will allow us to provide support to hundreds or even thousands of genocide survivors through our other projects across the country.’

A spokesperson for the Rwandan government told The Observer the residents, some of whom are students, will become eligible for living allowances from the government until they find jobs.

The Home Office asylum plan has been criticised by the UN’s refugee agency, some Tory MPs and the Archbishop of Canterbury.

Ms Patel hit back on Monday, penning a joint article with Rwandan foreign minister Vincent Biruta in which they challenged critics to come up with a better plan.

The government has said its scheme will relieve pressure on Britain’s processing facilities and help to tackle people trafficking networks, and has warned against ‘outdated’ ideas of life in Rwanda.

The Danish government is also in talks with the Rwandan country about transferring some of its own asylum seekers to the East African nation.