SAINSBURY'S staff have been told they must work overtime or take unpaid leave in order to attend their Christmas party because their breaks are only 30 minutes long.

Employees at the Etruria Road supermarket in Hanley, Stoke, have been invited to the festive bash but have been told they will have to make up the time. 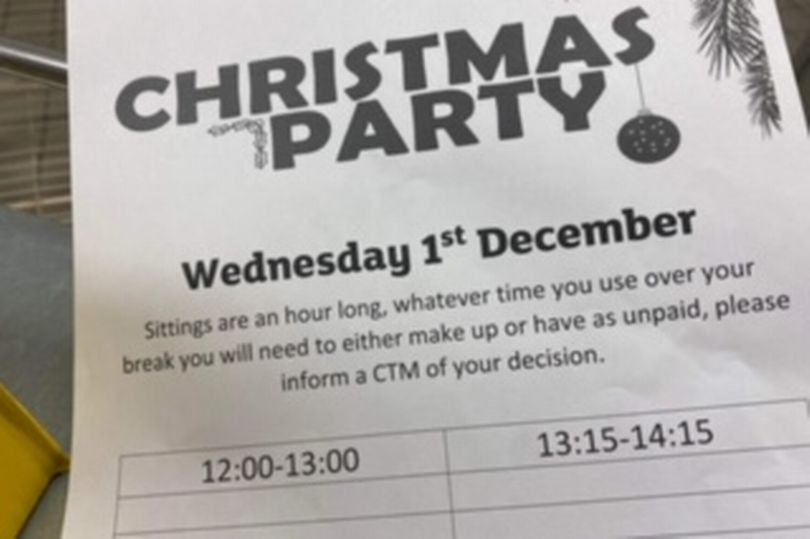 The unmerry message explained staff can choose between two afternoon hour-long sittings to chow down on a Xmas lunch on December 1.

But workers only get a half an hour break, meaning they will have to work longer to cover it or lose cash right on top of the most expensive time of the year.

Sainsbury's bosses have been slammed for their "Scrooge" like stance as it is the last time colleagues will celebrate Christmas together before the superstore closes early next year.

Shoppers and ex-staff members have said the decision is "ludicrous", as hundreds of employees prepare to lose their jobs.

They slammed the supermarket giant's ethos of providing a "great place to work" and instead condemned them as Grinches.

The poster advertising the celebrations stated: "The sittings are an hour long.

"Whatever time you use over your break you will need to either make up or have as unpaid. Please inform us of your decision."

One former worker told theStoke Sentinel: "This is a pretty shabby way to treat people who are about to lose their jobs."

The Stoke store and its petrol station will close their doors in a matter of months amid plans to shut down up to 15 branches.

CustomerLynn Shemirani, 63, said of the Christmas party rules: "It’s a bit harsh. It’s going back to Scrooge with that sort of behaviour."

"At Christmas time they should show a bit of goodwill, especially after working through the pandemic as front-line workers."

Regular shopper John Hannon branded the plans "ridiculous" and hit out at Sainsbury's for their lack of Christmas spirit.

The 72-year-old said: "The staff are pretty decent in here and they’ve been loyal to the company. I think the company ought to show them a bit of loyalty.”

The store has now made the decision to revise their bah humbug attitude.

A spokesperson for Sainsbury's said: "We have listened to our colleagues’ feedback and will be updating the plans at our Hanley store to ensure all colleagues can enjoy their Christmas celebrations during their break." 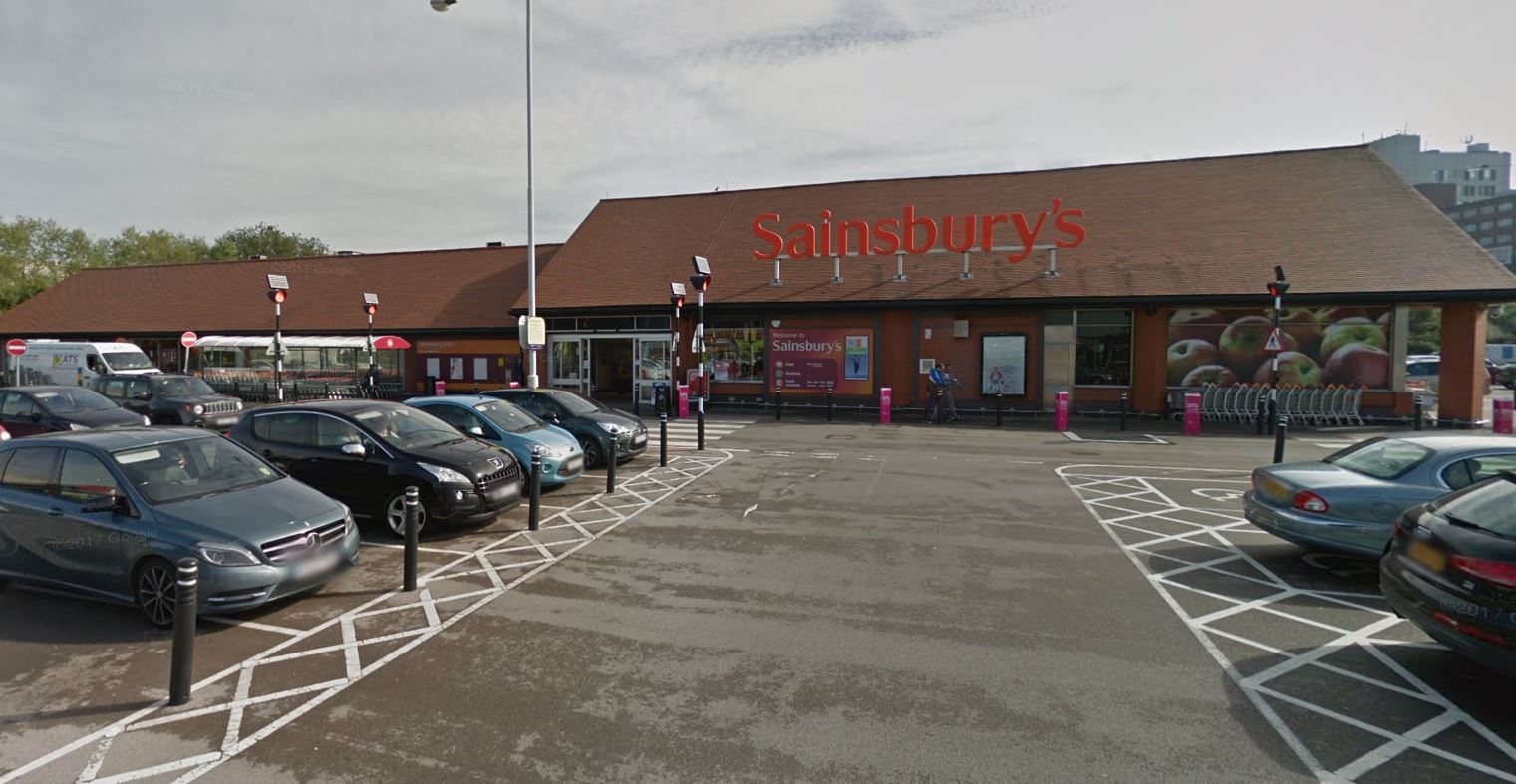 Who will get the Pfizer and BioNTech Covid vaccine first and when will it be available?