A SALON manager confronted a fuming customer who left a one-star review over her "wonky" £90 Claudia Winkleman-style fringe.

The woman was left "raging" after a hairdresser "butchered" her fringe instead of giving her bangs like the Strictly Come Dancing presenter. 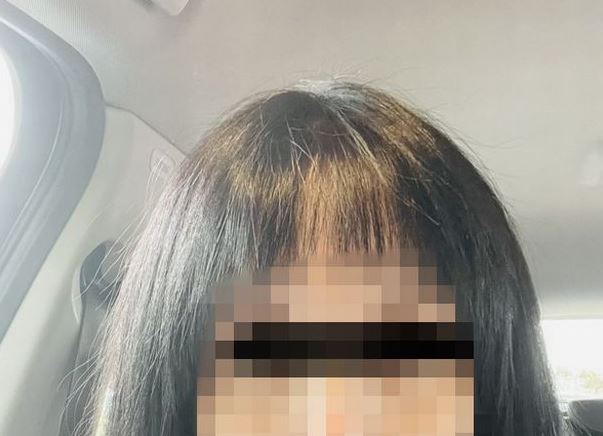 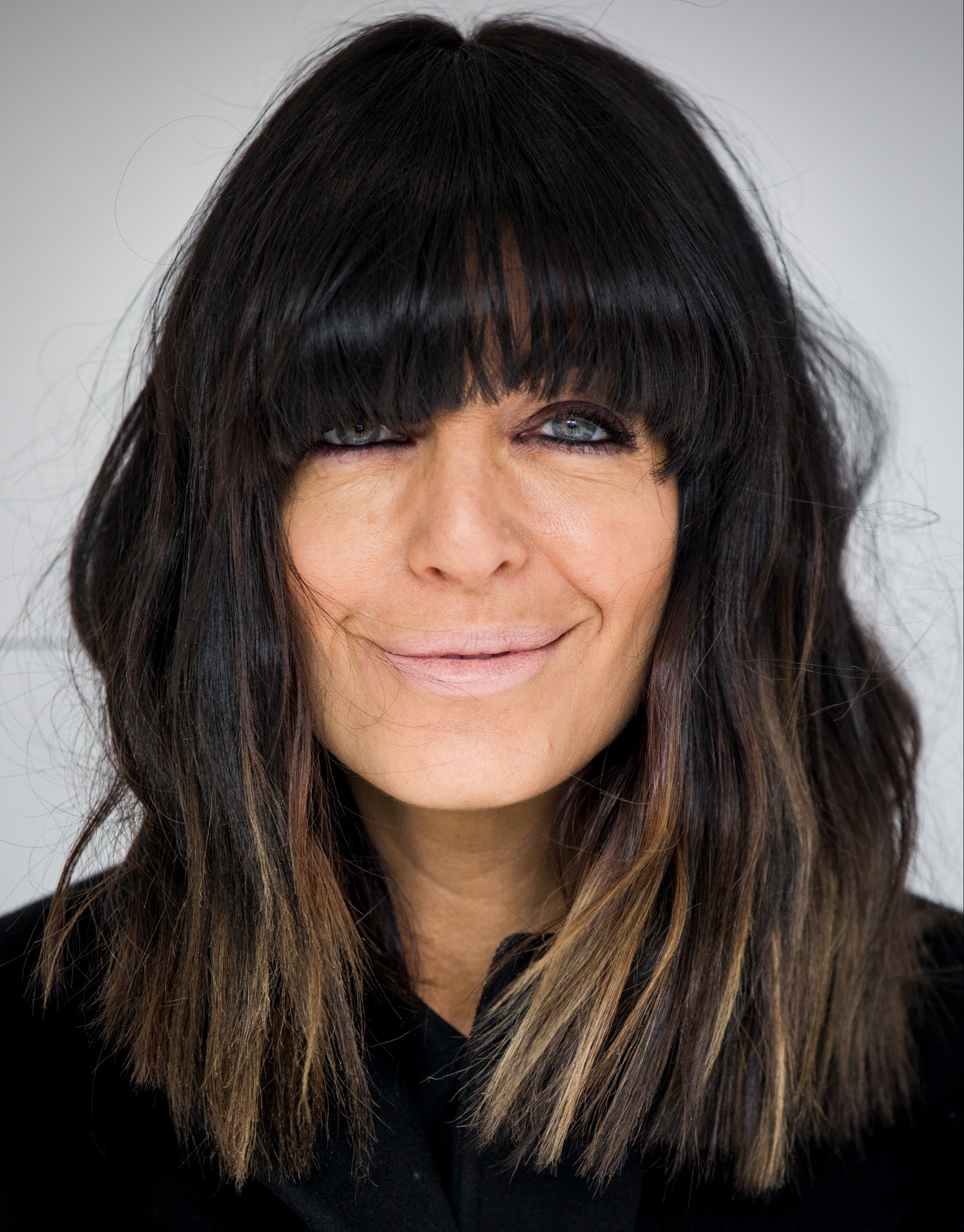 The client said "British politeness evaded" her and she gave the salon a brutal one-star review online after the distressing visit.

But she was then confronted by the salon manager on her way home,Manchester Evening News reports.

The boss pleaded with her to remove the rating from appointment site, Treatwell – and even bribed her.

Taking to Mumsnet, the woman wrote: "The hairdresser has cut my hair on two previous occasions with no issues but today in my eyes she butchered it and my British politeness evaded me when I looked in the mirror.

"She asked, 'why don’t you like it'? I explained that it was wonky, above the eyebrow when I specifically said I wanted it just below and the thinning had given different thickness throughout.

"The hairdresser was clearly shocked and said ‘I’ve seen lots of fringes and this is fine‘.

"The manager also sided with her, I paid and left (£90) for the colour cut and blow-dry."

She explained how the salon manager confronted her and asked her to change the review.

The anonymous woman said: "A few mins after leaving, the salon calls me and I ignore as I’m raging at this point.

"Then a mobile number calls me and it’s the manager calling off her phone to tell me off for leaving a one star on Treatwell… is that even allowed?

"She asked me to remove the one and said giggling ‘we really don’t deserve the one‘. I said I deserved a decent cut.

"She said she didn’t know how I felt about it I pointed out she was there the whole time standing and I paid her and spoke about it at the end.

"She said 'what do you want to be happy? I’ll give you a discount or free £15 treatment next time'. Next time? Hell no!

"I made an excuse to get off the line but I did leave a Google review and a photo."

Dozens of Mumsnet users sided with the unhappy customer and said she did the right thing in being upfront about the disappointing finished look.

One said: "It's a riot! I would have been fuming as well!"

Another wrote: "Good for you for standing your ground. At the end of the day, it’s your hair and if you don’t like it then the hairdresser hasn’t done a very good job.

"I’ve had so many dodgy haircuts and British politeness led to me saying I loved it when I hated it."

A third said: "It is awful. I'd be furious. There is nothing you can do with a fringe that is too short and feathery." 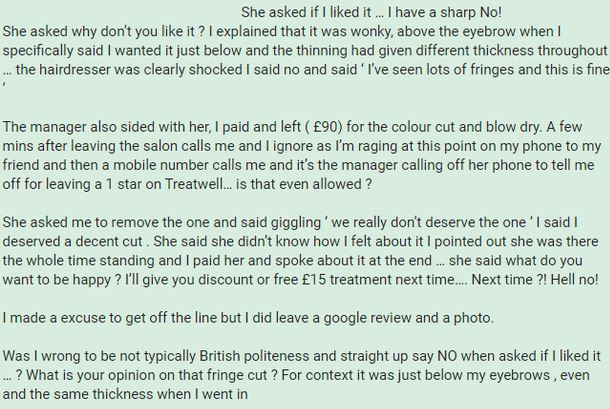 Granddad of boy, 12, hit with hammer & stabbed in back by thug teens says 'sick' attackers had taunted family for months