San Francisco police have been accused of using DNA from a sexual assault victim’s rape kit to link her to an unrelated property crime.

The city’s District Attorney Chesa Boudin said he had learned that DNA samples collected from rape victims were included in a suspects database.

It is not clear whether the woman was convicted on the basis of the DNA.

San Francisco Police Chief Bill Scott has since launched an investigation into the allegations and pledged to put an end to the practice.

‘Whatever disagreements District Attorney Boudin and I may have, we agree that this issue needs to be addressed,’ he said in a statement. ‘At the end of the day, our respective departments exist to do justice for victims of crime. The last thing we should ever do is discourage their cooperation with us to accomplish that.’

It’s possible the suspect Boudin was referring to was identified through DNA being kept in a non-victim database, Scott added. 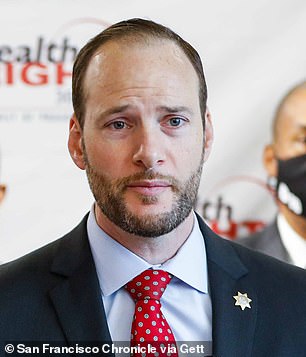 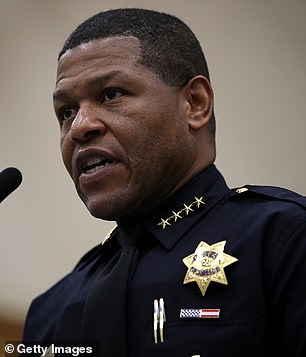 Boudin said he’s calling for an end of the practice, which is being investigated by legislatures and police

Boutin, who has been criticized for his ‘woke’ and ‘soft-on-crime’ approach, said he had been ‘disturbed’ to learn victims were allegedly being treated as potential suspects.

‘Rapes and sexual assault are violent, dehumanizing, and traumatic,’ he said in a news release Monday. ‘I am disturbed that victims who have the courage to undergo an invasive examination to help identify their perpetrators are being treated like criminals rather than supported as crime victims.

‘We should encourage survivors to come forward – not collect evidence to use against them in the future. This practice treats victims like evidence, not human beings.’

Sexual assault victims who file police reports are often asked to undergo an exam so that investigators can retrieve evidence. The victim submits her own DNA so that it can be excluded as evidence when the samples are analyzed.

Using their DNA to incriminate them in future crimes could prevent future victims from coming forward, Boudin’s office said. 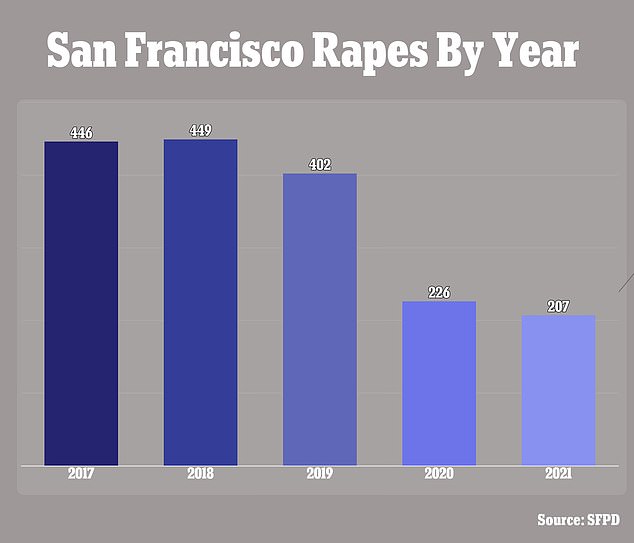 Rapes in San Francisco have dropped dramatically within the past five years; 207 were reported in 2021, compared with the 446 rapes investigated in 2017

Ronen is drafting legislation to prevent the practice in San Francisco, and said victims’ rape kit evidence should be used exclusively to investigate sexual assaults

‘Coming forward after a sexual assault to provide a rape kit can be re-traumatizing,’ he said in a release. ‘Too many people decide not to take that step, given the trauma. Yet survivors can at least be assured – or so they thought – that the sample they provide for a rape kit will only be used for the sexual assault investigation and not misused for other purposes.

‘If survivors believe their DNA may end up being used against them in the future, they’ll have one more reason not to participate in the rape kit process.’

District 9 Supervisor Hillary Ronen said she’s asked the city attorney to draft legislation to prevent rape kit evidence from being used for any other purpose than investigating the rape.

‘There are already enormous barriers for victims of rape to come forward to report the crime,’ Ronen said.

‘Rape victims’ DNA should be protected at all levels of government, anywhere.’

Rape cases are down in San Francisco, police data shows. There were 207 cases reported in 2021, compared to 449 rapes investigated in 2018.

However, other violent crimes are up in the Northern California city, and Boudin has been widely criticized for enabling criminals with his criminal reform policies.

The city’s police chief has publicly criticized Boudin for showing leniency toward criminals, and earlier this month accused him of concealing evidence in officer-involved shootings and in-custody deaths. 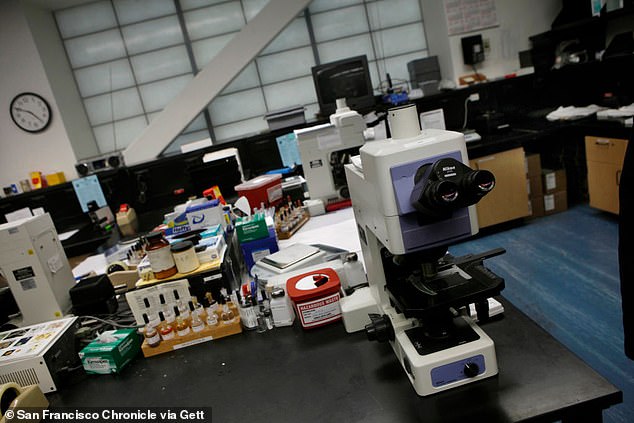 The narcotics/chemical analysis unit of the Crime Lab in San Francisco, California

How many people voted in the 2020 US presidential election?