Saudi Arabia has banned religious pilgrims from visiting Mecca or Medina to prevent the spread of coronavirus in the Kingdom.

A statement from the Ministry of Foreign Affairs in the Kingdom stated that they had been following developments of the virus for some time.

In order to support countries impacted by the virus it said the Kingdom would be implementing ‘approved international standards’ in the form of a temporary ban on pilgrimages.

It has temporarily suspended entry into the Kingdom for the purpose of Umrah and visiting the Prophet’s Mosque. 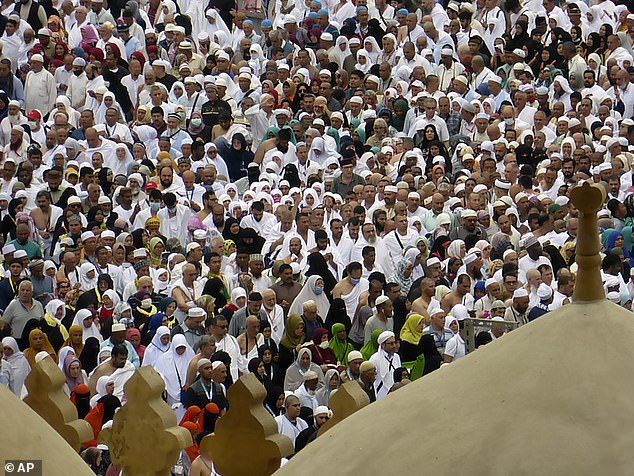 It has also suspended entry for those travelling into the Kingdom with a tourist visa, if they have come from countries where the virus has been spreading.

The statement also revealed that the Kingdom would be suspending Saudi nationals and citizens of the countries of the Gulf Cooperation Council with national identity cards from travelling to and from the Kingdom, with the exception of Saudis who are abroad.

‘The Kingdom affirms that these procedures are temporary, and is subject to continuous evaluation by the competent authorities.

‘The Kingdom renews its support for all international measures taken to limit the spread of the virus.

‘The Foreign Ministry calls on citizens not to travel to countries where the new Coronavirus (COVID) is spreading. We ask God Almighty to spare us all humanity, all harm.’

The decision from the Kingdom comes as sports events across the globe has been postponed due to the outbreak.

Ireland’s rugby match against Italy on Saturday was postponed today amid fears Italian fans could bring the virus to Dublin – but England’s Six Nations fixture in Rome on March 14 is still going ahead.

England’s FA is holding urgent talks today about whether it is safe to host Italy’s football team for a Wembley friendly on March 27.

This is while several businesses today in the UK also sent staff home over fears that employees could be carrying the virus.

Rainfall, melting snow and ice could lead to possible flooding in Toronto

Coronavirus could be spread by air-conditioning