School attendance rates have been well over 90 per cent across England this week, a Mail audit shows in a much-needed boost to Boris Johnson

School attendance rates have been well above 90 per cent across England this week, a Daily Mail audit has found, in a much-needed boost to the Government.

Early figures suggest parents have been overwhelmingly happy to send children back to classes, with hundreds of primaries, prep schools and secondaries reporting high numbers of returning pupils.

There are no indications so far of any areas where children have been kept away out of fear or had to be sent home after falling ill, with only a handful of absences among families still in quarantine after returning from summer holidays in Covid hotspots. 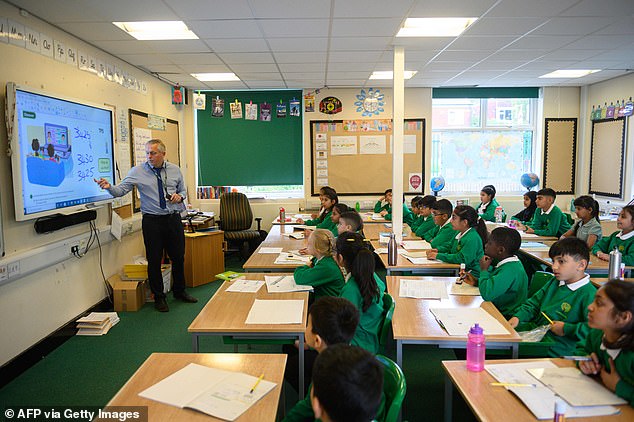 Early figures suggest parents have been happy to send children back to classes, with hundreds of primaries and secondaries reporting high numbers of returning pupils

At Kirk Balk Academy in Barnsley, Year 7 recorded 99.3 per cent attendance on Wednesday with Year 11 at 94.9 per cent.

St Peter’s Preparatory School in Exmouth had an attendance rate of 99.25 per cent on its first day back on Thursday.

The only absentee was a pupil whose family was still in quarantine after a trip to Croatia. 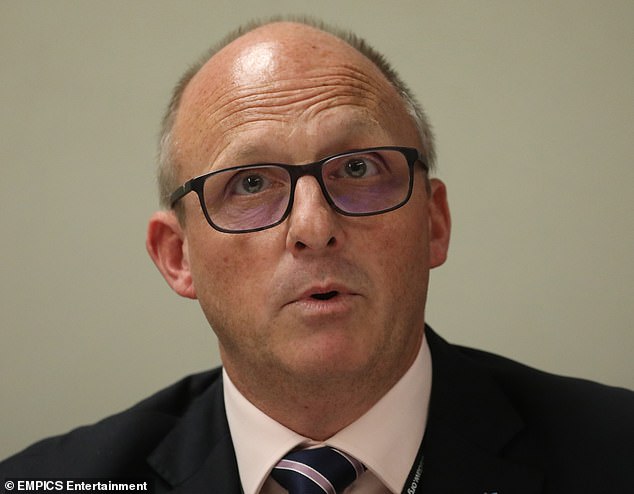 Most schools in Medway, Kent, reopened to pupils by the end of the week and on Thursday, one secondary in the area reported 99.45 per cent attendance, the council said, and a primary school had 99 per cent in.

This newspaper’s analysis was last night echoed by a survey carried out by the National Association of Head Teachers (NAHT).

Classroom ‘as good as staying home’

Going to school does not put children at any greater risk of the virus than staying at home, a study claims today.

The researchers therefore pointed out that the risk was no greater than if they were at home.

The findings – based on 12,047 children and teachers at 131 schools – are the latest in a series of studies to suggest youngsters are very safe.

Only last week Department of Health-funded research found the chance of death from the virus was ‘vanishingly rare’ for pupils.

But this latest study only looked at pre-school and primary school children.

It did not include those at secondary school.

Lead author Dr Shamez Ladhani said: ‘This is the largest study of its kind in the country and suggests attending preschool and primary school brings no additional risk to either staff or students.’

Experts believe secondary school pupils are at higher risk of having severe symptoms.

The union found that 82 per cent of its members reported attendance between 91 and 100 per cent for the first few days of term.

In another boost, its poll of 849 heads found that staff had overwhelmingly gone back to classrooms, with attendance above 90 per cent in 98 per cent of schools.

Paul Whiteman, NAHT’s general secretary, hailed the return to school as a ‘remarkable achievement’, saying: ‘It’s great to see that so many young people are back in the classroom, with their teachers and with their friends.’

The Mail’s snapshot, ahead of the Department for Education publishing the first official nationwide figures next week, will be welcomed in Whitehall as a sign that the push to fully reopen schools was the right decision.

And it will help the economy as parents who had to stay at home to look after children for the past six months can finally return to workplaces.

In East Anglia, four schools run by the Inspiration Trust recorded high figures with 98.7 per cent attendance at East Point Academy, 97.2 per cent at Stradbroke Primary Academy, the same at Hethersett Academy and 96.2 per cent at Jane Austen College.

Officials at Dudley Council had a meeting with primary school head teachers in the week and found that ‘attendance in most is between 90 and 97 per cent’.

And a church school in Paddington, west London, reported 95 per cent attendance when all year groups went back on Wednesday.

Education Secretary Gavin Williamson had insisted to parents that it was safe to let their children return to classes, in the face of warnings from teaching unions that it may be unsafe.

Last night he said: ‘I’d like to thank staff for their hard work throughout the summer holidays getting all schools and colleges ready for a safe return.’

Children left orphaned after coronavirus killed their mother and father

Coronavirus worker pours out 'buckets of sweat' from hazmat suit