A substitute teacher from Utah was fired after she allegedly told a classroom full of fifth-graders that “homosexuality is wrong” during a Thanksgiving exercise about gratitude.

Students at Deerfield Elementary School in Cedar Hills, Utah, said she launched into an angry anti-gay rant when a classmate expressed that he was thankful for his two fathers. The school confirmed the incident in a statement to ABC News on Sunday.

“When our son Daniel answered the substitute teacher’s question, ‘What are you thankful for?’ with, ‘I’m thankful for finally being adopted by my two dads,’ the teacher went on to sharing her own views on homosexuality and that it’s wrong,” Louis van Amstel, one of the boy’s dads, said on Twitter.

“I’m truly disgusted that the bully in this situation is a teacher in a public school,” he added.

The rant lasted for about 10 minutes with the teacher lamenting about why “homosexuality is wrong” until three students went to notify the school’s principal, according to van Amstel. The three students had asked her to stop multiple times, but she refused, he said. 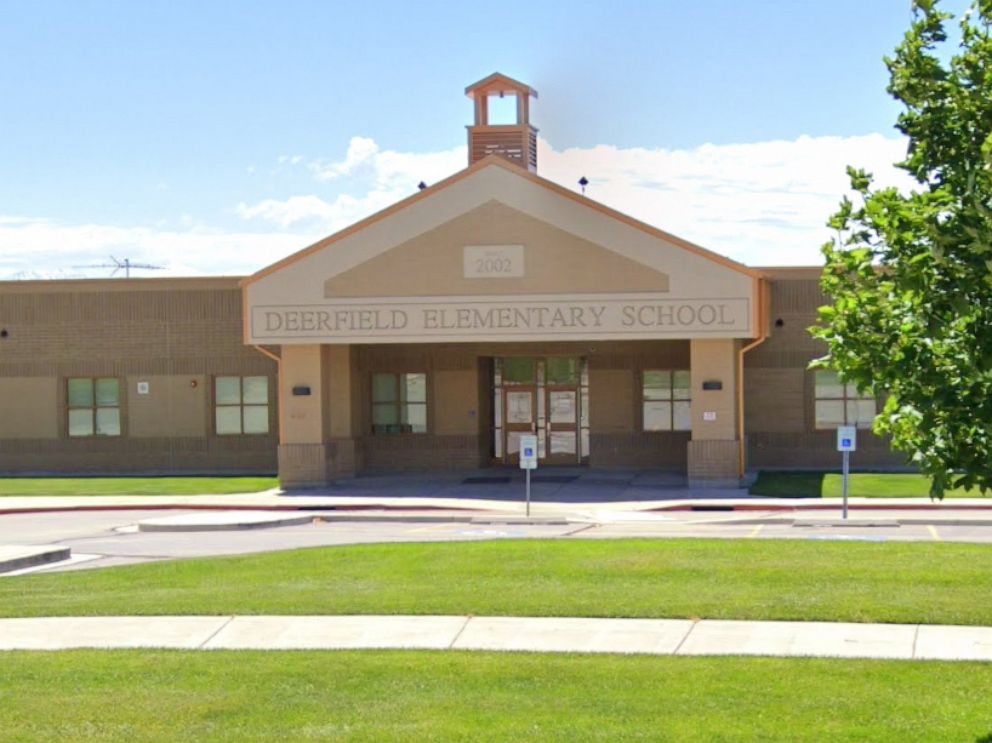 Van Amstel, a professional choreographer who has appeared on ABC’s “Dancing with the Stars,” said the school notified him immediately after the incident unfolded, saying the teacher had been removed from the classroom.

“You can imagine why that set us off and we are not letting this go,” van Amstel said in a video posted online on Nov. 22. “I am so proud of Daniel’s school. Not only did they let go of the teacher, but they said this woman is never going to teach in this school ever again.”

Kelly Services, which provides substitutes teacher for the Alpine School District, confirmed that the teacher had been fired in a statement to ABC News on Sunday.

“We are concerned about any reports of inappropriate conduct and take these matters very seriously,” a spokesperson for the agency said. “We conducted an investigation and made the decision to end the employee’s relationship with Kelly Services.”

Alpine School District spokesman David Stephenson did not share details about how the situation unfolded, but he did confirm that the school had a problem with one of its substitute teachers.

“I can confirm that there was a situation involving a substitute,” Stephenson told ABC News on Sunday. “The school took appropriate action that day based upon their investigation.”

Boy, 9, mauled to death by bulldog who bit him repeatedly in head in caravan holiday rampage