Police worker, 30, who visited schools to try and steer young people away from crime is jailed for more than two years for child sex offences

A police worker who visited schools to steer young people away from crime has been jailed for more than two years after a string of child sex offences including trying to incite sexual activity with boys as young as 13.

Darryl Moffatt, 30, was previously employed as a school partnership engagement officer for the Office of the Police and Crime Commissioner (OPCC).

He was immediately suspended from his role after he was arrested in June this year and charged with a series of sexual offences against children.

Officers seized Moffatt’s phones and computer devices and found he had downloaded sick child abuse images from the internet and social media. 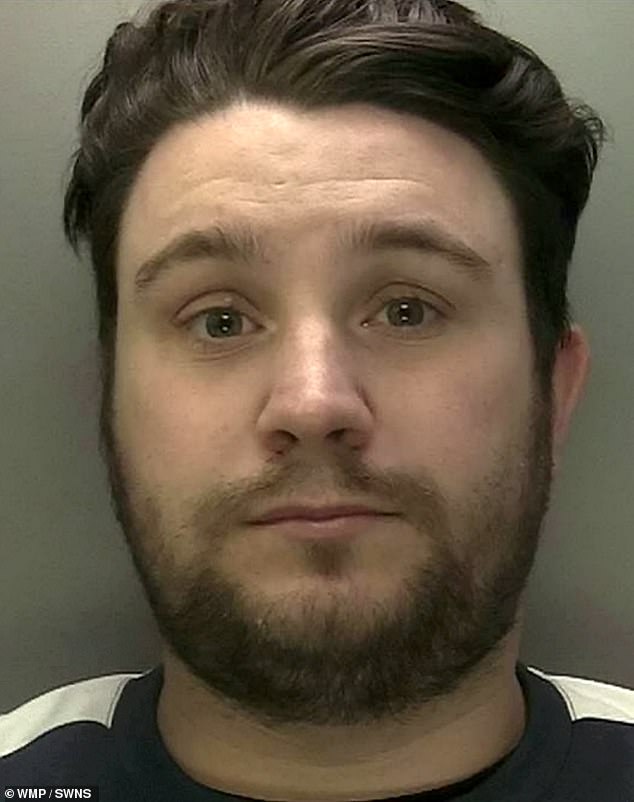 Detectives also discovered and had been involved in a series of messages, online chats and meetings with boys as young as 14.

Moffatt, of Small Heath, Birmingham, pleaded guilty to three counts of making indecent photos of a child and distributing an indecent image of a child.

Moffatt was jailed for two years and eight months at Birmingham Crown Court today (Mon) after entering his guilty pleas in December.

He will also be subject of a sexual harm prevention order for five years and will be placed on the sex offenders register for ten years.

‘He has abused his position of trust and should have understood the impact his actions will have had on those involved.

‘All secondary schools that Moffatt was in contact with as part of his role have been kept fully updated throughout our investigation as we recognise the difficulties and concerns that this may have caused.

‘This behaviour is not acceptable, we’re committed to finding those perpetrating such crimes against children, and seeking justice.

‘I’d urge anyone who has suffered from this type of abuse to come forward and report what has happened. We have specialist officers available to support you.’

The Office of West Midlands Police and Crime Commissioner David Jamieson said in a statement: ‘Between September 2017 and June 2020 Moffatt worked with secondary schools across Birmingham to commission activities designed to steer young people away from crime.

‘Following Moffatt’s arrest on 19th June 2020 he was immediately suspended and his fixed-term contract was not renewed.

‘The crimes he has been found guilty of are not connected to his work. Nonetheless, the shock and disappointment that people feel are shared by us.

‘The gravity of his crimes should not be understated. We are all deeply saddened by the events that have unfolded.

‘Throughout the investigation, we have worked closely with the police, local authorities and schools to ensure the safety and well-being of students and young people.’

Welcome to the Johnson family