Home » Schools breed misogyny but we can break the cycle

Nick Evans, the principal of my former high school Wesley College, last month wrote to parents with an affirmative recognition that misogyny is present everywhere, including at Wesley, and must be tackled by administration and the community alike.

As a former student of Wesley, it is with regret that I say this letter came too late.

I graduated from Wesley in 2015, but it was not until some time later that my female friends began to share their experiences of school, which were markedly different to my own and those of my male friends. 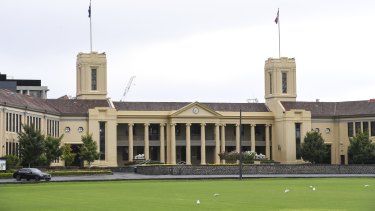 As a member of co-educational group who waded through those formative years together, I was surprised to hear that many of the memories of the women in our group were concentrated around moments of acute unease, bodily fear, and shame.

Those were not emotions that I, or many of my male friends, associated with our time at school. This disparity is because these instances of jeering, provocative jokes, or general harassment were being done to girls by boys. This part of the school experience was exclusive to girls.

As these stories are being shared, myself and the other men in the room have begun to ask both ourselves and the women, “It wasn’t us, was it?”

The uncomfortable truth is, in some part, it was.

For many young men grappling for an identity and social stability, their female classmates are simultaneously objects of both desire and denigration. The result of this is the sexual objectification of girls, which allows them to still be pursued romantically, but minimises the social consequences of their opinion should they turn you down.

This is the “othering” that Mr Evans spoke of in his letter, the systematic devaluing and de-platforming of girls’ voices, a reduction of their whole person to sexual object in male-dominated spaces. This happened at my high school and at every high school in Australia. This is continuing to happen in workplaces and in parliaments. 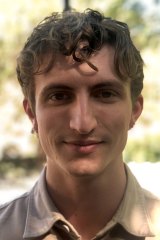 You can and should teach children about consent, but as long as boys respond to the choices and autonomy of girls (especially rejection) with belittling and misogynistic comments, an environment is created where girls have little space to freely say “no”.

Is the consent on a Saturday night party really freely given if a refusal will result in abuse on the Monday? It should also be noted that acceptance of the advances will probably result in shaming also.

High school boys did not invent misogyny. The situations that play out in high schools are reflective of values held by those in adult society. However, high school is where misogyny is learnt and practised – it is also where we can break the cycle.

When I was in school, there was no room for empathy and kindness among boys. Any failure to conform or perform was seen as weakness, and weakness was not forgiven.

I wish that my masculinity, rather than being tied to abstract notions of physical, intellectual or financial success, was anchored in understanding and community. I wish there were more men in my life who told me that the most important thing is to be kind. I wish I cared more about the impact we were having on our friends at the time.

Louis Taffs is a former student at Wesley College.