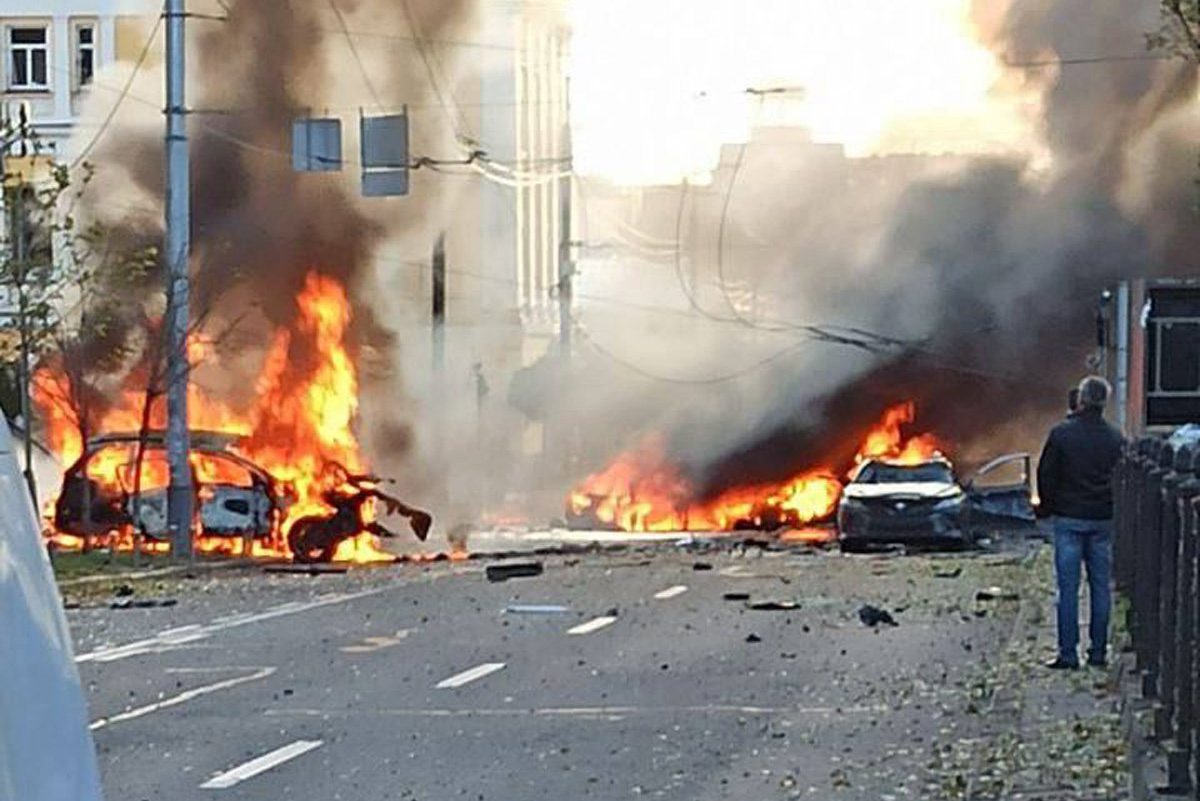 A number of people have reportedly been killed and injured as Kyiv is shelled in a suspected ‘revenge’ attack from Russia.

Blasts rocked the Ukrainian capital early on Monday following months of relative calm in the area.

The targets appear to be more central than before, with explosions reported in the city’s Shevchenko district – which includes the historic old town as well as several government offices.

Black smoke can be seen rising above buildings in several spots in what could be the most widespread set of Russian attacks since early this year.

Ukrainian emergency services said several people had died or been harmed but did not specify a number.

The fresh devastation comes hours after Vladimir Putin accused Ukraine of an ‘act of terrorism’ over the explosion on Kerch Bridge, which connects mainland Russia and Crimea.

‘There is no doubt it was a terrorist act directed at the destruction of critically important civilian infrastructure’, the Russian leader said.

‘This was devised, carried out and ordered by the Ukrainian special services.’

The Kremlin previously warned any attack on the Kerch Bridge would be a red line and trigger ‘judgement day’.

Ukrainian officials have not indicated that their forces were behind the attack, while an adviser to Ukraine’s President Volodymyr Zelensky seemingly denied the allegation.

‘Less than 24 hours ago Russian planes hit a residential area of Zaporizhzhia with 12 missiles, killing 13 people and injuring more than 50.

‘There is only one terrorist state here and the whole world knows who it is.’

The Russian Army has recently focused attention on the regions just north of Crimea.

This includes Zaporizhzhia, where six missiles were launched overnight on Saturday from Russian-occupied areas.

This is a breaking news story, more to follow soon… Check back shortly for further updates.

Got a story? Get in touch with our news team by emailing us at [email protected] Or you can submit your videos and pictures here.

Around 750 graves discovered at former school for indigenous Canadians

Summer holidays begin with hail, thunderstorms and inch of rain