Home » World News » She told her Christian college she was raped. Then she was banned from campus. 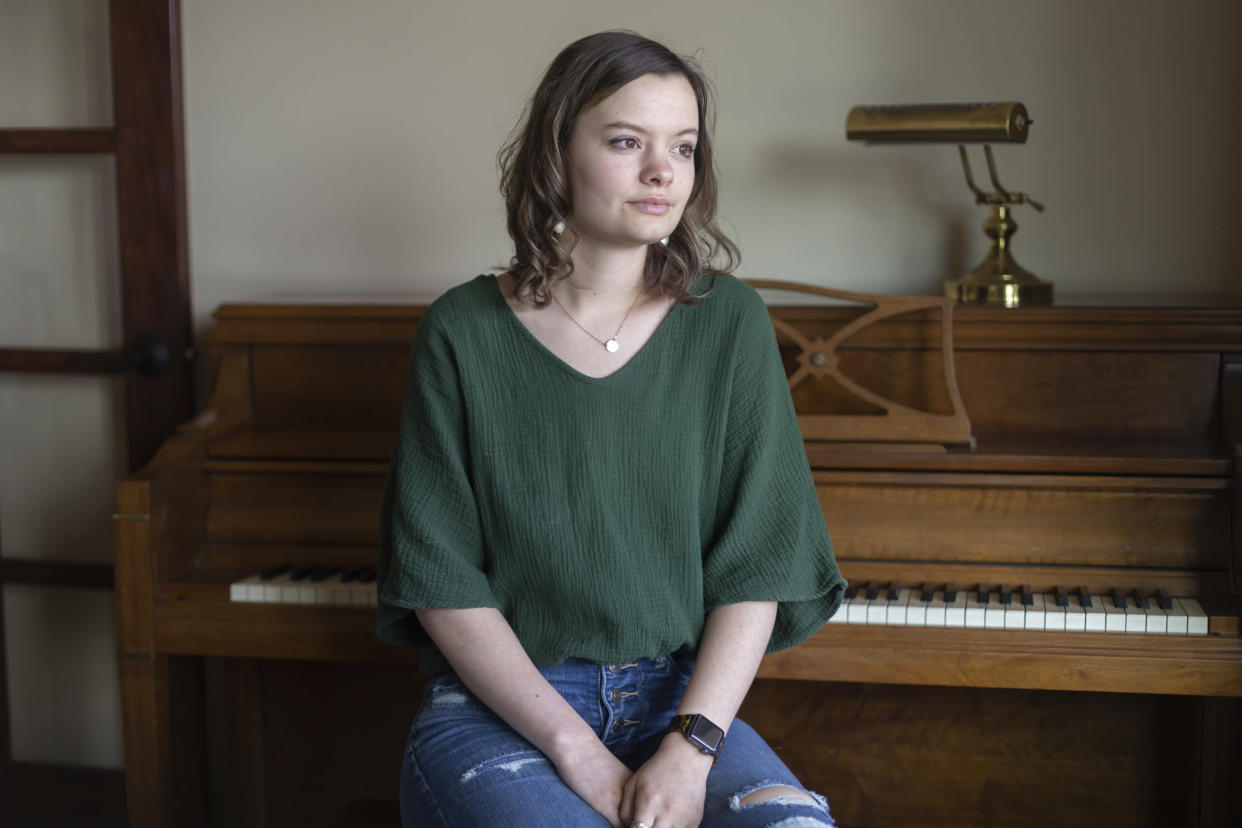 When Mara Louk told an administrator at Visible Music College, where she was a senior, that a male classmate had choked and raped her last November, she expected that school officials would help her file a police report and arrange a safety plan.

Instead, she said in a federal complaint filed with the U.S. Department of Education on Wednesday, administrators at Visible, a Christian college in Memphis, Tennessee, accused her of breaking school rules against premarital sex with a different student, an ex-boyfriend. She denied having sex with him but said the school threatened to expel her unless she signed a confession and finished the school year remotely.

Visible Music College administrators also told her they would not remove the accused student from her classes because police didn’t arrest him, nor would they conduct a Title IX investigation, because the alleged assault happened off campus. And administrators attempted to bar Louk from telling anyone else at the school that she had been raped, she said.

“I just felt like, why did I even speak up?” Louk, 22, said. “That’s truly how I felt for a long time because everything seemed to keep getting worse.”

Louk’s complaint asks the Department of Education to conduct two investigations of Visible Music College. One would evaluate whether the school violated the Clery Act, a federal campus safety law that requires colleges to advise students who report a sexual offense of their rights and assistance options. The other would examine whether the school discriminated against Louk under the gender equity law Title IX.

“Visible has retaliated against Mara in numerous ways,” Louk’s complaint says. “Instead of investigating the rape and providing support to Mara, Visible punished Mara for coming forward.”

Cari Simon, Louk’s attorney, added, “Any victim would be discouraged from coming forward after that.”

The Department of Education said it could not comment on pending complaints.

Louk’s complaint comes as the Education Department prepares to unveil a new set of proposed Title IX regulations next month. The regulations are expected to significantly alter many of the Trump-era Title IX policies that were opposed by victims’ rights advocates, civil rights groups, university administrators and trade groups representing K-12 schools.

Victims’ advocates particularly want the Biden administration to overturn a provision that instructs colleges to dismiss Title IX complaints of alleged sexual misconduct that occur off campus. Advocates note that this excludes assaults in students’ apartments and fails to address the impact on victims who share classes and other activities with their assailant.

Many colleges have found ways to investigate off-campus assaults through other student conduct policies, but “there are some that have clung very devoutly to this notion that it’s not my problem, because the regulations allow us to say it’s not my problem,” said Jody Shipper, a consultant who previously oversaw the University of California system’s compliance with laws regulating its handling of sexual misconduct. 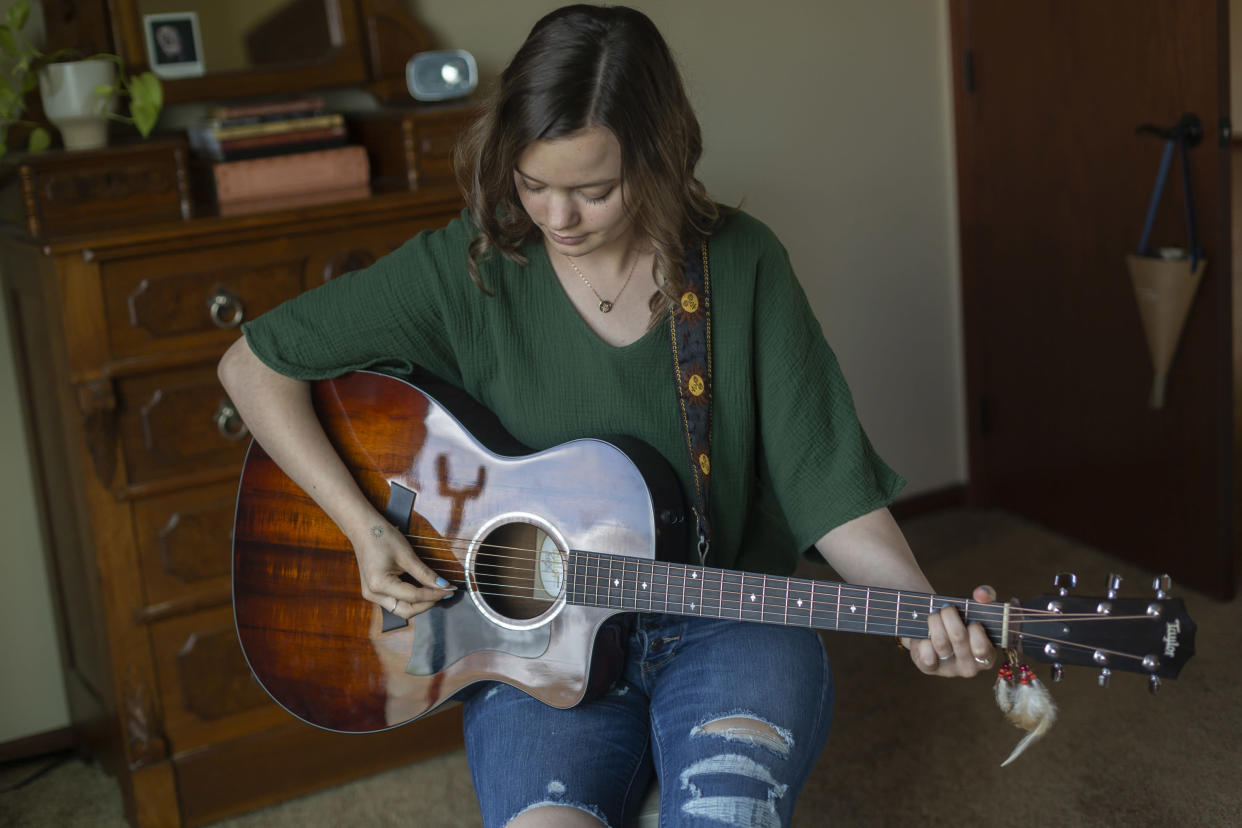 Simon, who as an attorney has handled Title IX cases for more than a decade, said the off-campus carveout implemented by the Trump administration “gives cover to schools that want to sweep sexual assault under the rug, as was done to Mara.”Louk majored in modern music at Visible, a small school with two buildings in downtown Memphis that enrolls just over 100 students. She focused on songwriting and hoped to start a career as a singer-songwriter.

On Nov. 2, 2021, a male classmate, who is not named in the complaint, came over to her apartment to play board games. It was the first time they’d spent time alone together, and that night he sexually assaulted her, the complaint states.

Louk told an administrator of the alleged assault the next day. She said she shared classes with the student, and she wanted to ensure he wouldn’t harass her on campus.

“I didn’t expect them to actually expel him, but I did trust them enough to get a plan in motion to keep him away from me and other students,” Louk said.

Louk filed a sexual assault report with Memphis police on Nov. 4, law enforcement records show. The following week, an officer called Louk to tell her that they did not have enough evidence to make an arrest, she said. The Memphis Police Department did not respond to a request for comment.

The accused assailant is not being named because he hasn’t been charged with a crime. Attempts by NBC News to reach him were unsuccessful.

On Nov. 15, a Visible Music College administrator told Louk and her parents that because police declined to charge the accused student, “there’s really nothing we can do at this point, so he will be attending classes like normal,” according to an audio recording of the meeting shared by Simon. Another administrator said if Louk disagreed, she should “take it up with the Memphis Police Department.”

'It felt like a movie. It didn’t seem real.'

The meeting’s focus then shifted to Louk’s relationship with her ex-boyfriend. According to the complaint, the accused student had told the college that Louk had sex with her ex-boyfriend that semester, and the ex-boyfriend had confirmed it. Louk said it was untrue, but administrators told her she would be disciplined for breaking school rules.

“It felt like a movie,” Louk said. “It didn’t seem real; it didn’t feel real. I kept thinking this is just a crazy, horrible nightmare, and hopefully one day I’ll wake up from it.”

The college wanted Louk to sign what it called a “pastoral care contract,” confessing to breaking rules on premarital sex. According to a copy of the contract reviewed by NBC News, Louk would be required to finish her degree online, barred from campus and prohibited from talking to other students about her alleged assault.

“We strongly believe that these restrictions will aid in bringing some needed structure, and will ensure that you are able to address the spiritual and emotional issues behind the infringements,” the contract stated.

On Nov. 24, the college issued a short statement to Louk stating that it would not do its own investigation of the alleged rape because the school did not have jurisdiction over an incident that took place off campus, citing Title IX regulations, according to the complaint. (The college has a dorm, but Louk lived in an apartment.) Louk was outraged, particularly because the school planned to punish her for allegedly having premarital sex off campus.

“They weren’t going to help me basically because it was off campus,” Louk said, “but with a separate situation that was also off campus, they were going to handle that and punish me for it.”

Many universities give amnesty to students who report sexual assaults that occur while they are breaking school rules, including bans on alcohol and drugs. In 2017, Brigham Young University, a private school backed by the Church of Jesus Christ of Latter-day Saints, implemented an amnesty policy for students who are victims of or witnesses to sexual assault. BYU enacted the policy after facing criticism for attempting to discipline students who reported sexual assaults for violating honor code rules against premarital sex or being in the bedroom of someone of the opposite sex.

Louk declined to sign the pastoral care contract. She finished the fall semester online and then withdrew, moving home to Iowa. She was nine credits shy of obtaining her bachelor’s degree.

Back in Iowa, she felt alone, shoved out of the community she had built in college, she said. Had she been allowed to stay, she would have graduated this week.

“Along with what the school did to me being completely illegal,” she said, “it was completely immoral — especially with a school that claims to demonstrate Christian morals and values. It’s the complete opposite of what Jesus would do.”

Unvaccinated mother urges pregnant women to get jab after stillbirth

When will weed be legalized in New York?