Home » Shellfish war between Britain and the EU nears a resolution

The ‘shellfish war’ between the UK and the EU moved closer to a resolution last night after fishermen around the country were given the green light to export their catches to the continent.

No 10 was left furious earlier this year when the EU suddenly announced a ban on the export of live mussels, oysters, clams and cockles in what was viewed as an act of revenge for Brexit.

The European Commission said it would not accept crustaceans fished from Britain’s so-called Class-B waters – which account for the vast majority of the produce – on the grounds of ‘purity’, despite Ministers being able to point to correspondence in which Brussels assured the UK that the exports would be allowed if accompanied by the right health certificate. 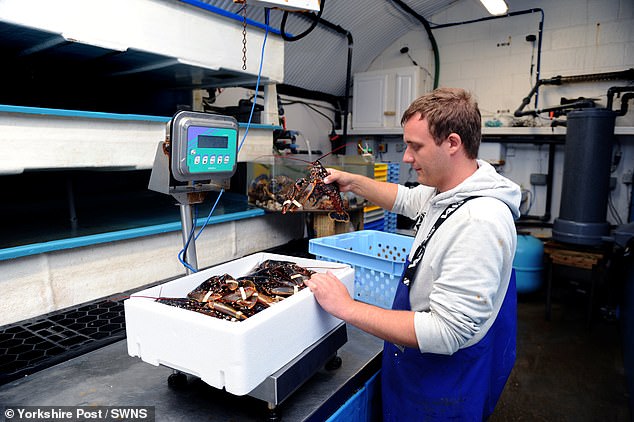 The ‘shellfish war’ between the UK and the EU moved closer to a resolution last night after fishermen around the country were given the green light to export their catches to the continent. Picture: File image

But now, in a review, the independent Food Standards Agency has upgraded the waters off Kent, Essex, Devon, Cornwall and Northumberland to Class A.

So shellfish caught there can avoid the EU ban without further purification treatment because they are deemed safe enough for direct consumption.

A Government source said: ‘The ban on the import of shellfish from Class-B waters was without scientific or technical justification.

‘They effectively changed the law to justify their position in blocking the trade, despite clear indications that the export from Class-B waters for purification could continue after the transition period.

‘This resulted in damage to markets on both sides of the Channel.’

Addressing suspicions that Ministers manipulated the system to foil the EU, the source added: ‘The independent review was conducted according to long-standing and stringent protocols on health standards. 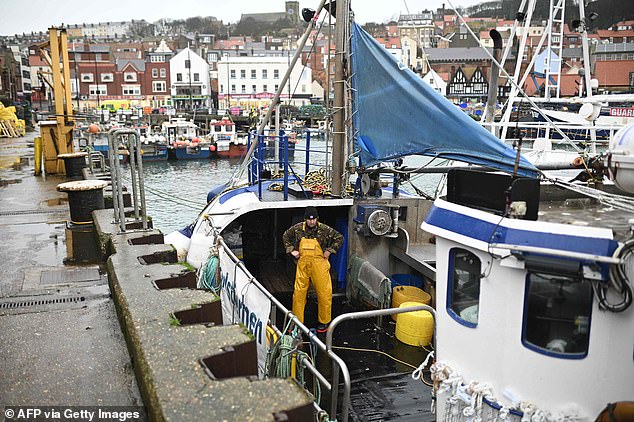 ‘The UK is a world leader in environmental and health standards, and we take our responsibilities on food exports extremely seriously.

‘More produce from UK waters will now be eligible for export to the EU again, boosting the British fishing industry.’

Environment Secretary George Eustice had been so infuriated by the Brussels ban that he considered blocking imports of fashionable mineral waters such as San Pellegrino and Perrier in retaliation by ending Britain’s ‘rollover recognition’ of natural mineral waters.

EU Commissioner for Health and Food Safety, Stella Kyriakides – or ‘Calamity Kyriakides’ as she is dubbed in Whitehall – has refused demands from Mr Eustice to meet to resolve the dispute.

One Minister has said privately the rows were due to Brussels ‘trying to punish us for daring to become a nation state’.