THIS is the shocking moment a 16-year-old boy is pinned to the ground by a police officer who tells him: “I will f**king smash your face in.”

The mixed-race teen was stamped on by a cop in Hatfield, Herts, on Tuesday in what his family are calling a “George Floyd-style assault”. 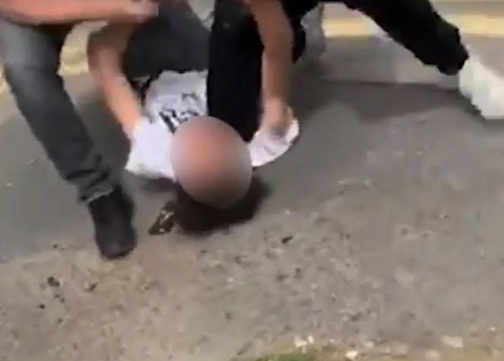 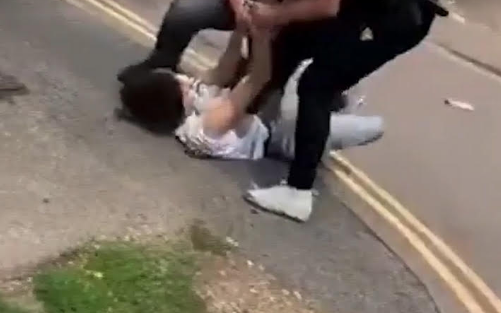 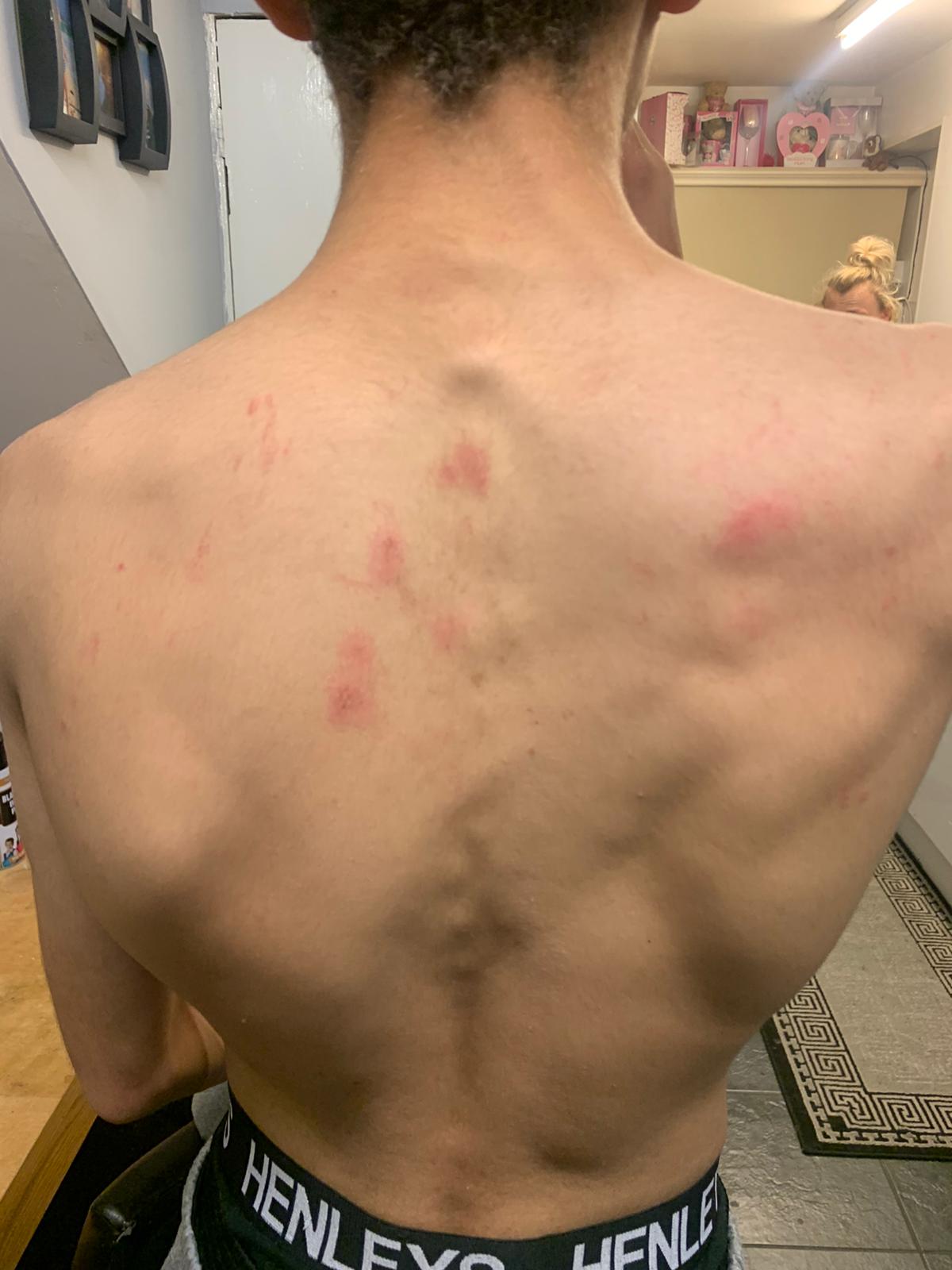 Shocking footage shows one officer press his foot near the boy's neck before his head "bounces off the pavement".

In the clip, the cop tells him: “Let go of my hand or I will f**king smash your face in, do you understand?”

The teen then begs a man walking past to stay with him while he is threatened with pepper spray.

His heartbroken parents are convinced it was a racially-motivated attack and are considering taking legal action.

They have also questioned why the officer involved is still working while he is investigated.

The boy’s dad, Roland Wilkerson, 42, told The Sun Online: “He kicked my son in the face and his head bounced off the pavement.

“Every time I watch the video I get so emotional, I still get sweaty palms and his mum can’t even watch it – it makes her want to cry.”

The boy, who The Sun Online is not naming at the request of the family, was arrested and strip searched – but was released the following day after he was found to have nothing on him.

Shocking pictures taken after his release show the youngster’s body covered in bruises and cuts – and he was also taken to hospital to have an X-ray on his hand.

The boy also complained of backache to custody staff because he has scoliosis which was treated by Great Ormond Street Hospital when he was a child.

Mr Wilkerson, a delivery driver from Hatfield, added: “The police are saying my son is trying to resist arrest, he isn’t.

“My son has scoliosis on his spine and he is just trying to move because he was in pain – all he is trying to do is get his back off the ground.

“He wasn’t swearing at him, it was the police officer who was threatening him.

“We’re now going to pursue criminal charges, he has been assaulted.

“Not all black people sell drugs, it’s discrimination. It’s 100 per cent a racial attack – no one with blonde hair and blue eyes gets treated like this.”

The boy was just about to begin a course in public services with a dream of being a police officer – but his dad has now said he does not want to work in a “racist” environment.

His mum Lisa Kingston, 40, told The Sun Online: “I’m disgusted and heartbroken, I can’t even watch the video.

“As soon as I hear him begging, I’m crying, with everything that is going on you don’t expect a child to get treated like that.

“His back is covered in bruises and grazes and his right hand is very swollen. I took him to the hospital and I’m waiting for a hand specialist to get back to me.”

She added: “It reminds me of the George Floyd incident, he’s kicked him in the face and kneed him – it’s very similar to what happened in America.

“The whole video goes on for about nine minutes – he was on the ground for too long.”

His mum said officers said her son was stopped for “looking suspicious” and on suspicion of stealing a motorbike – but no such motorbike was ever found.

His dad, who was also arrested at the scene for a public order offence, was also released with no charge.

A police spokesman said: “Hertfordshire Constabulary has made a referral to the Independent Office for Police Conduct with regards to an arrest in Hatfield earlier this week.

“The original incident occurred when uniformed officers on patrol saw a male acting suspiciously on Tuesday, July 14. The male made off then was pursued and an arrest was made.

“A 16-year-old was arrested on suspicion of drug possession with intent to supply and assaulting a police officer with intent to resist arrest. He was released under investigation.

“It would be inappropriate to comment further at this stage.” 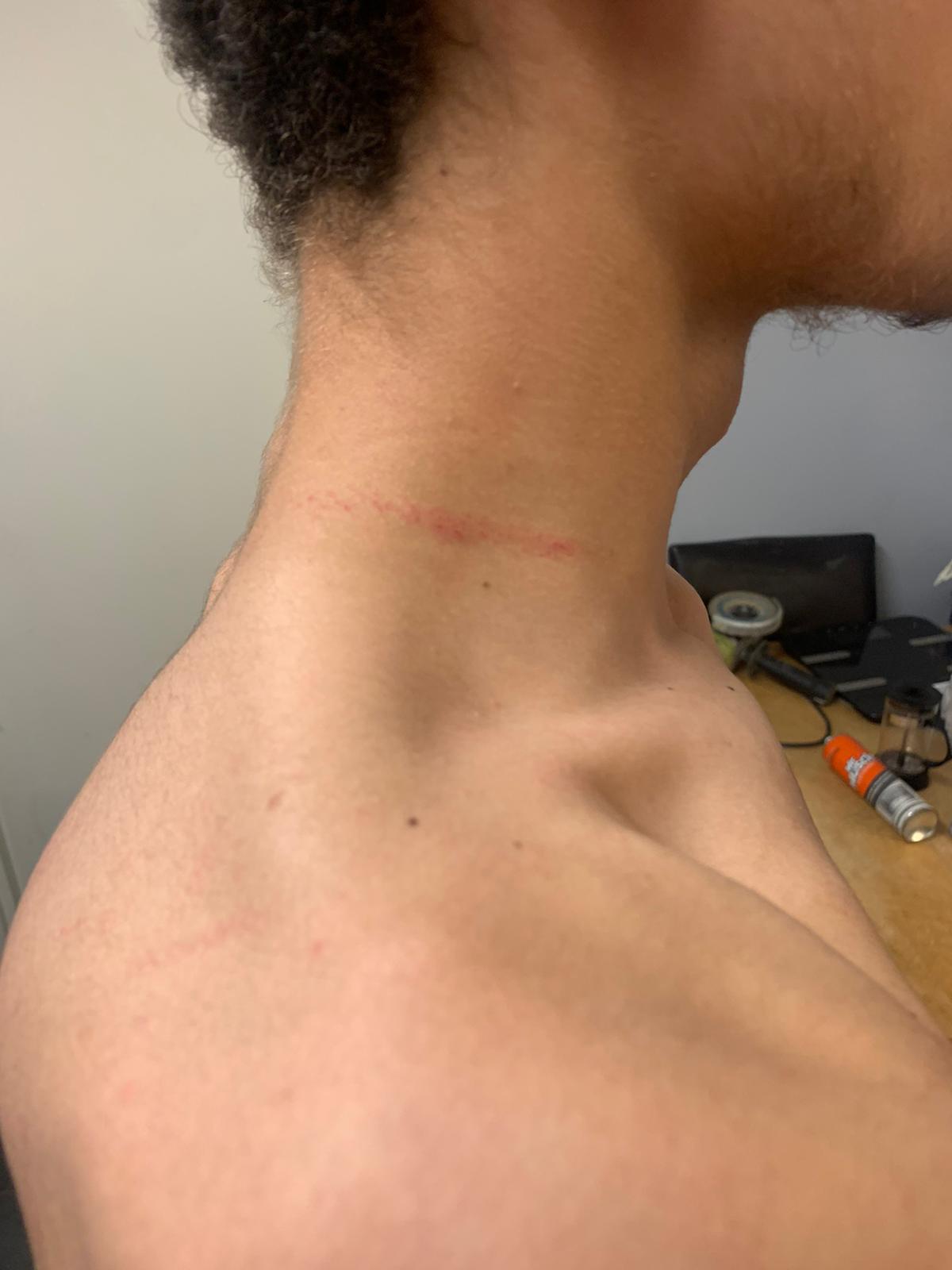 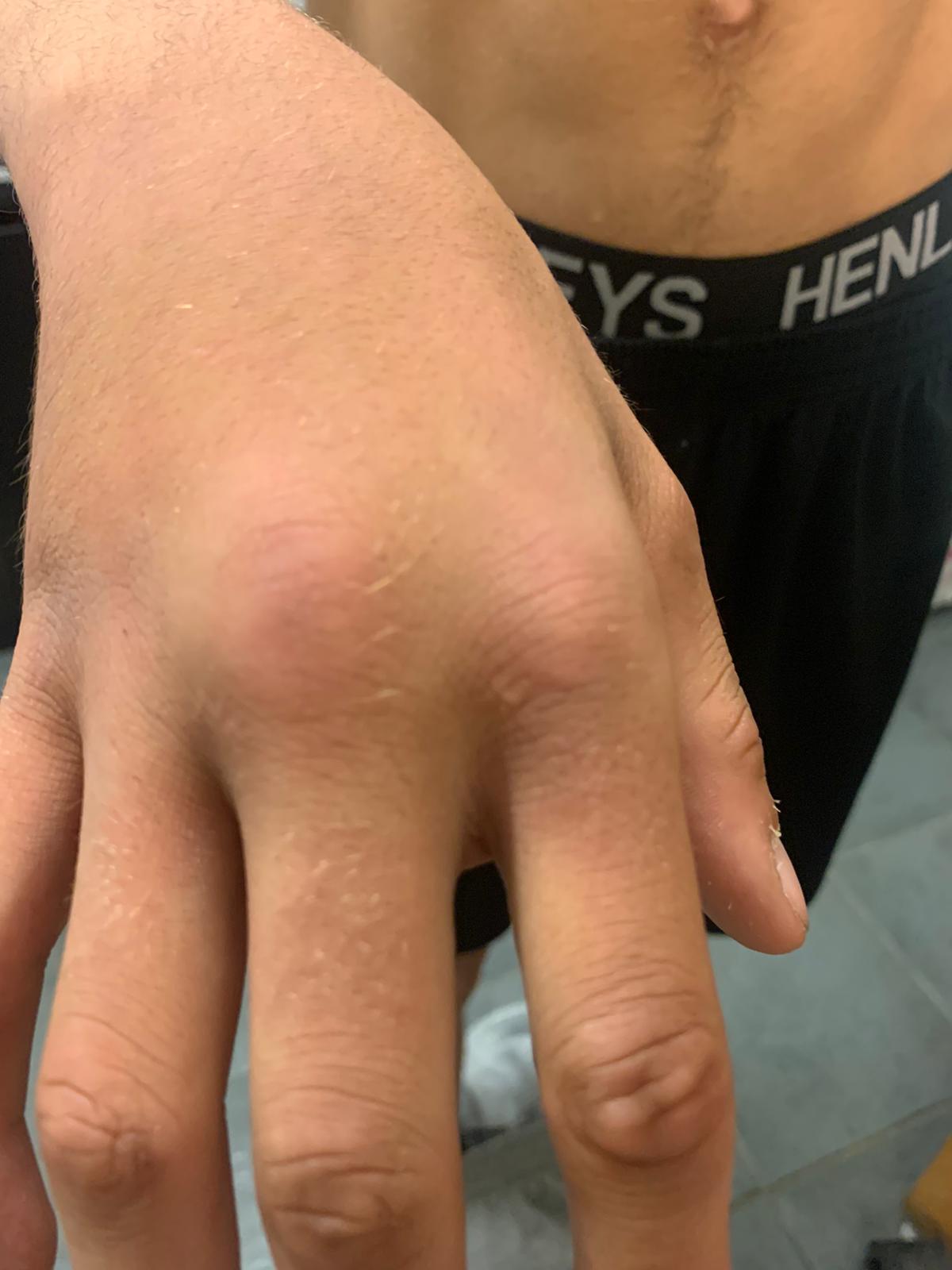 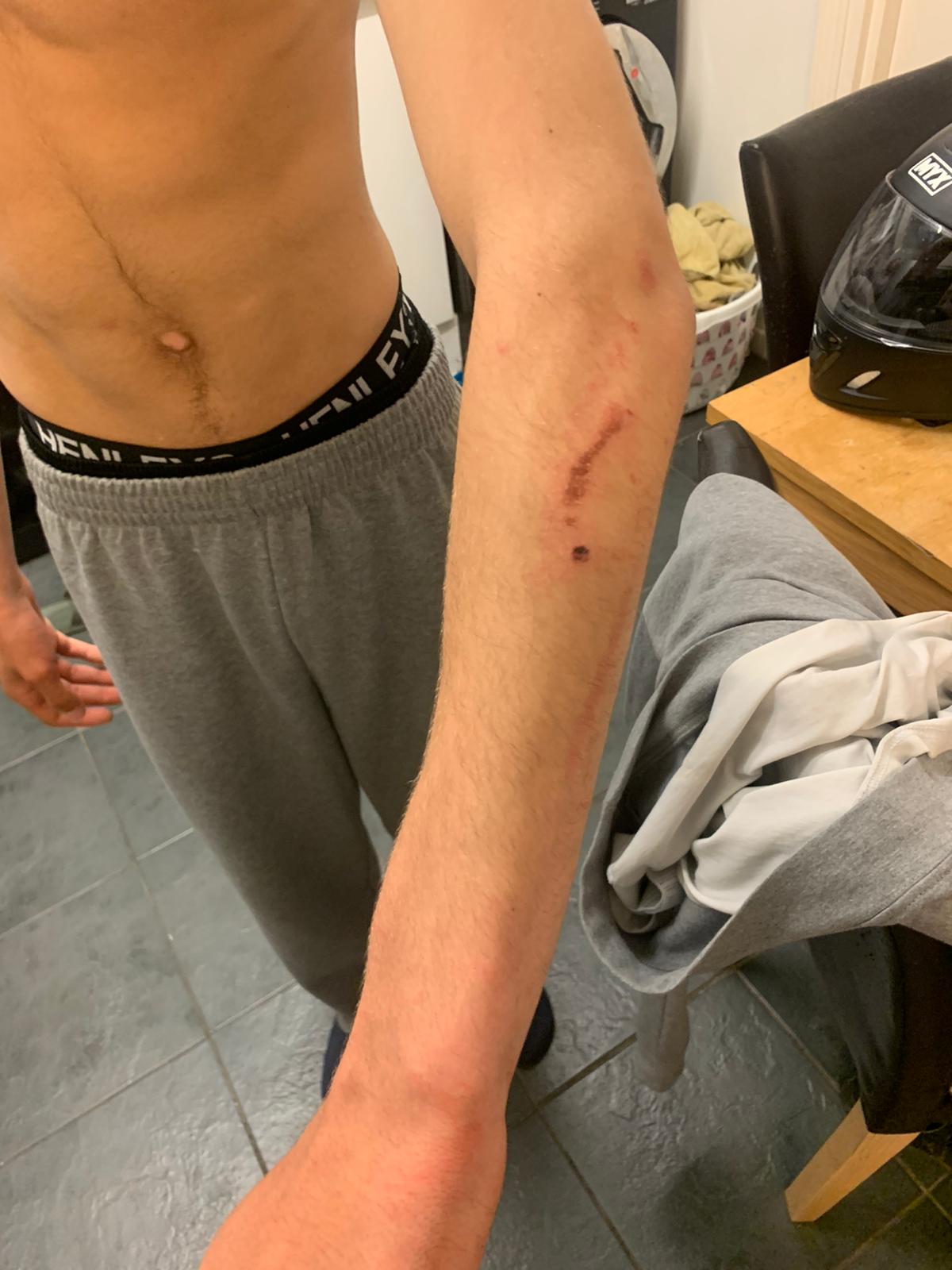 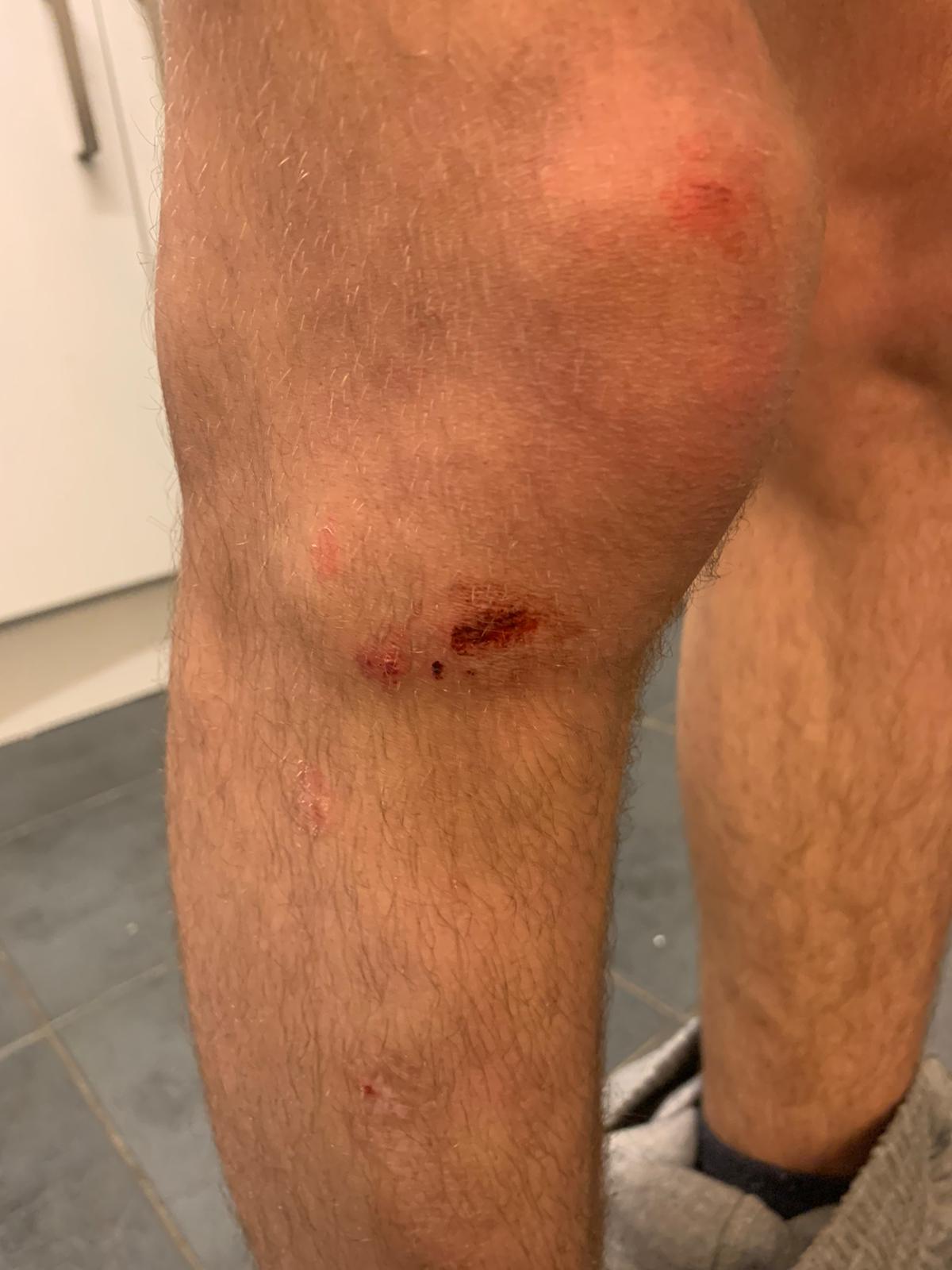 Mystery as £300,000 'spy boat' found near UK nuclear submarine base – and no country is claiming it

Coronavirus travel restrictions will prevent US from 'becoming Italy'

#EndSARS: What is it and why has it gone global?