THIS is the sickening moment a car drives into George Floyd protesters in Denver – as a third night of violence erupted in cities across the US.

Shocking video captured on Thursday appears to show a black Grand Cherokee plough into a group of protesters at a Black Lives Matter protest in Colorado. 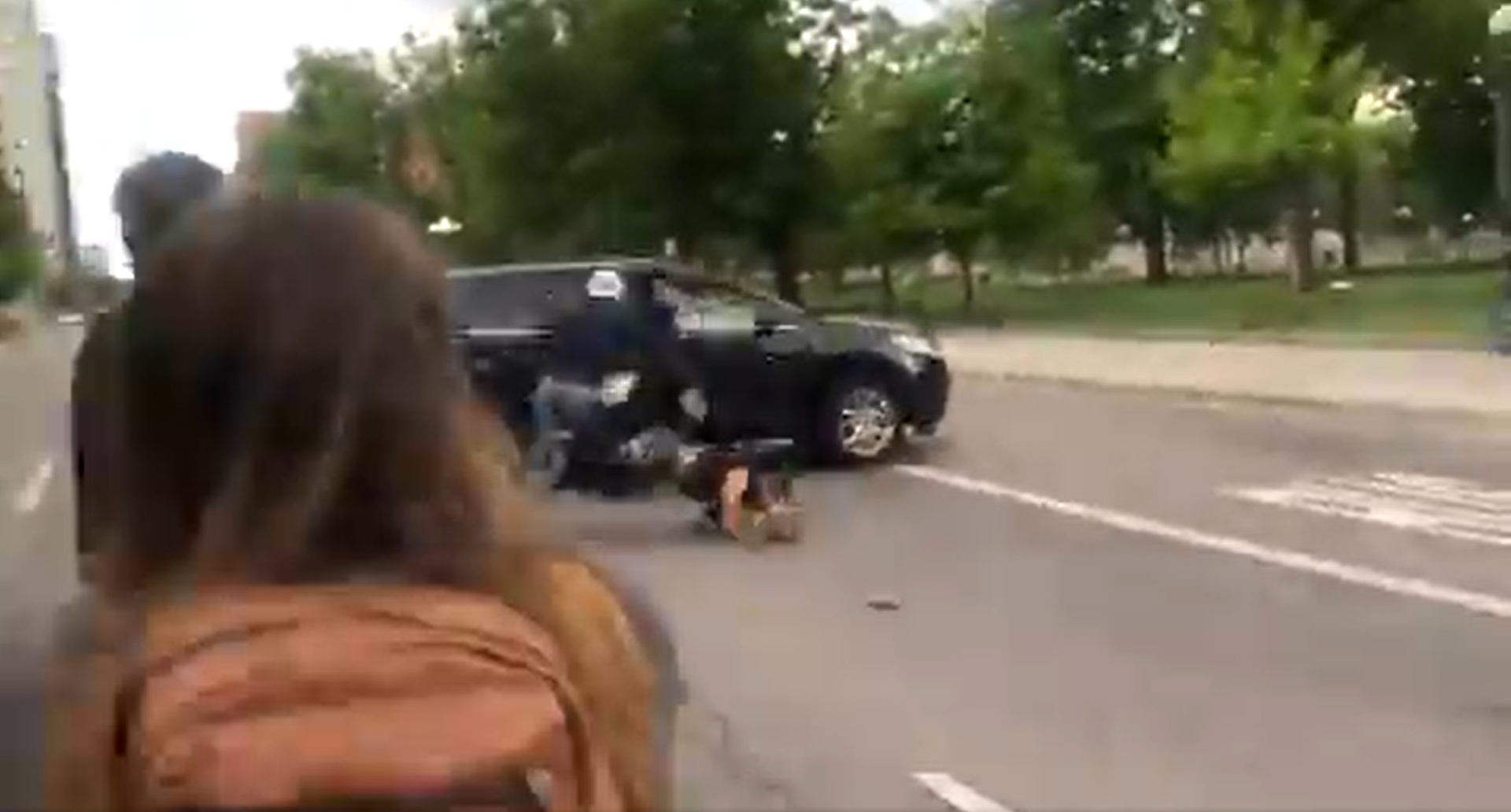 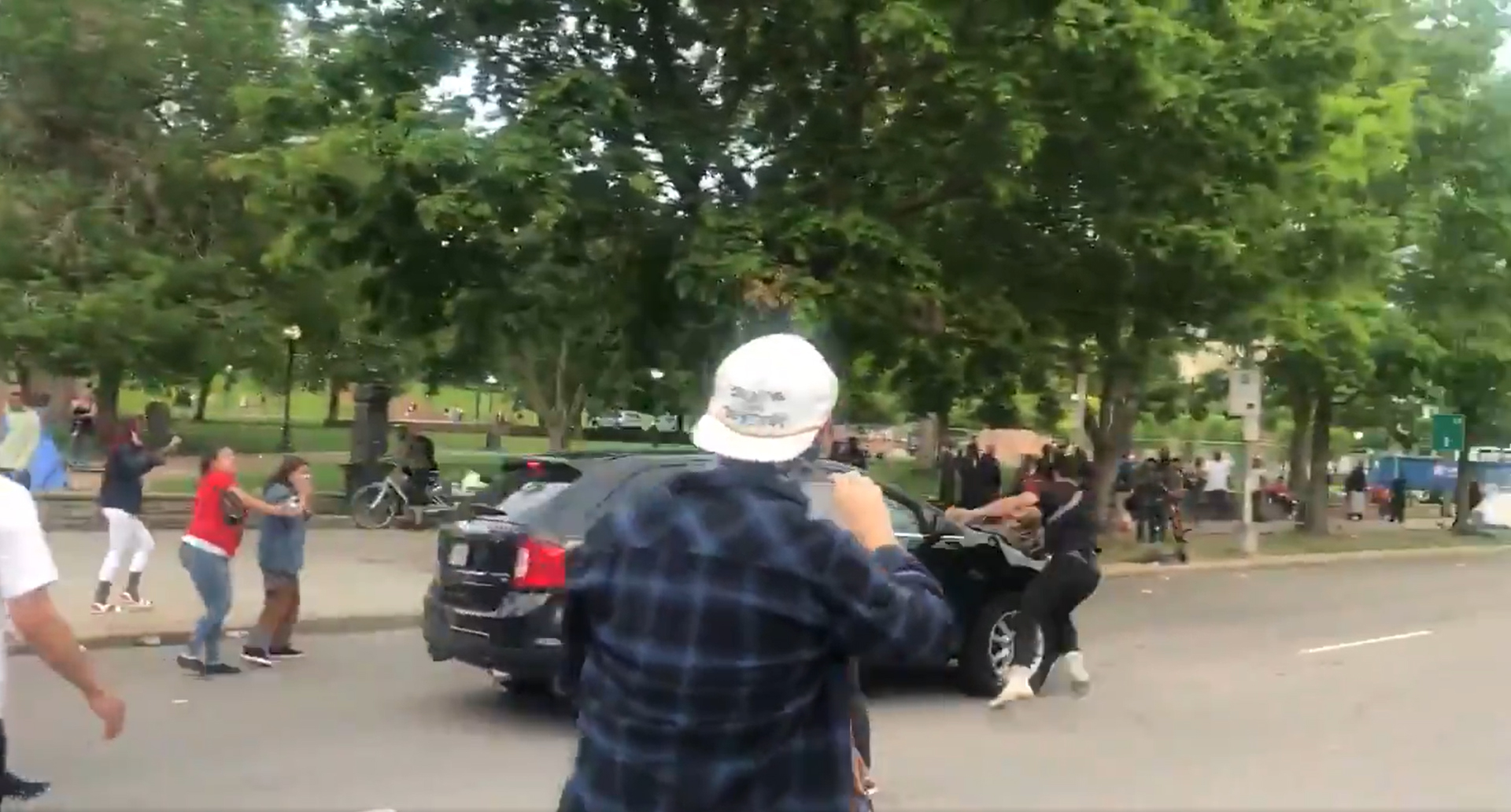 Activist Joshua Potash shared the footage on Twitter and claimed that the driver "intentionally" tried to run over the man.

"Warning: this is horrifying," Potash captioned the clip.

"Tonight at a #BlackLives Matte protest in Denver a car pushed through the protesters blocking the street. Then intentionally turned to try to run a man over."

The black car is shown ploughing through a small group of protesters as one man climbs onto the hood of the SUV and slips off.

Moments later, the driver turns toward the protester and appears to ram the man as he runs away before the vehicle is quickly put in reverse and speeds off.

The demonstrators then chase after the car, and one woman can be seen latching onto a passenger-side window while pounding the glass. 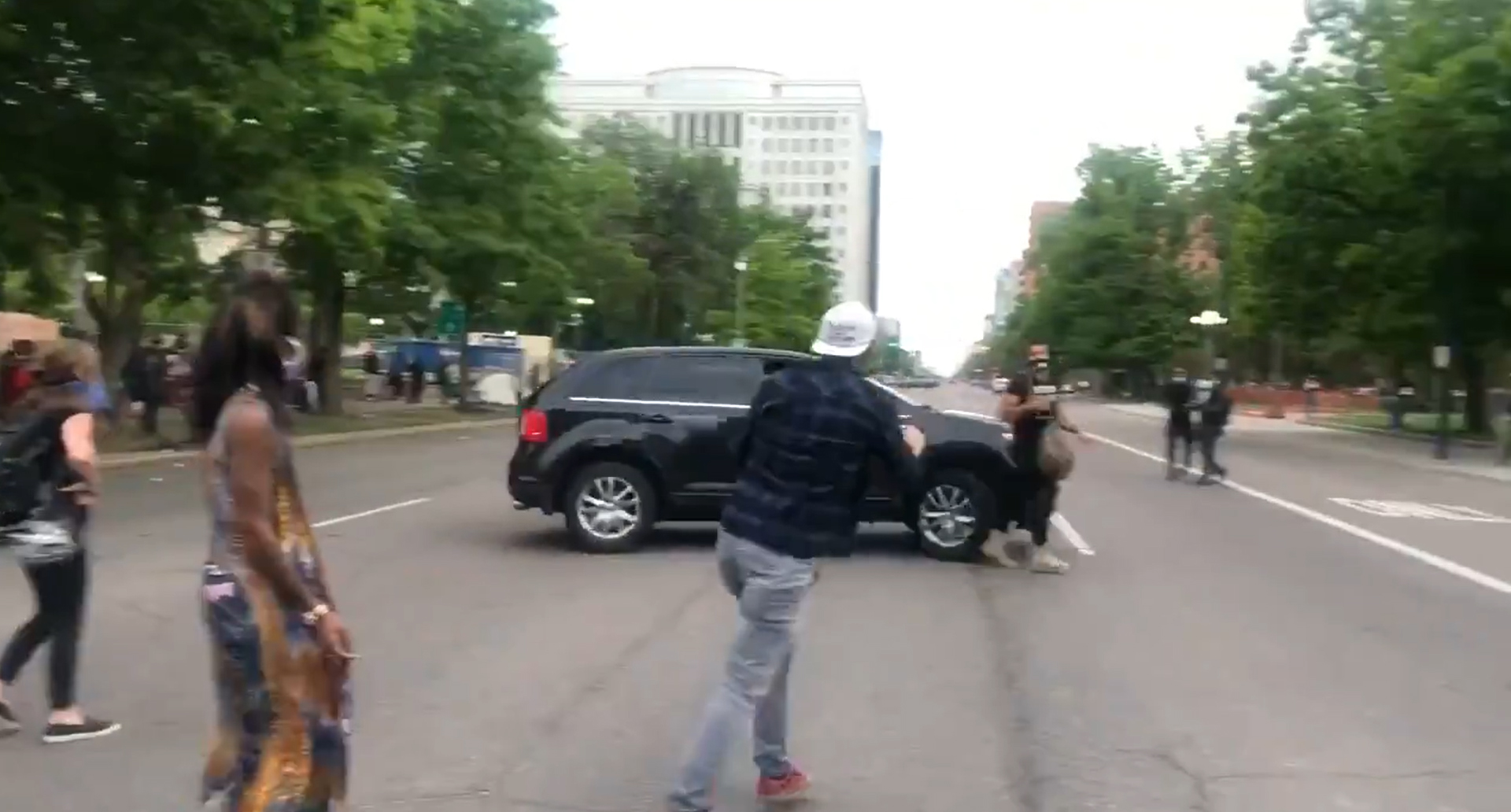 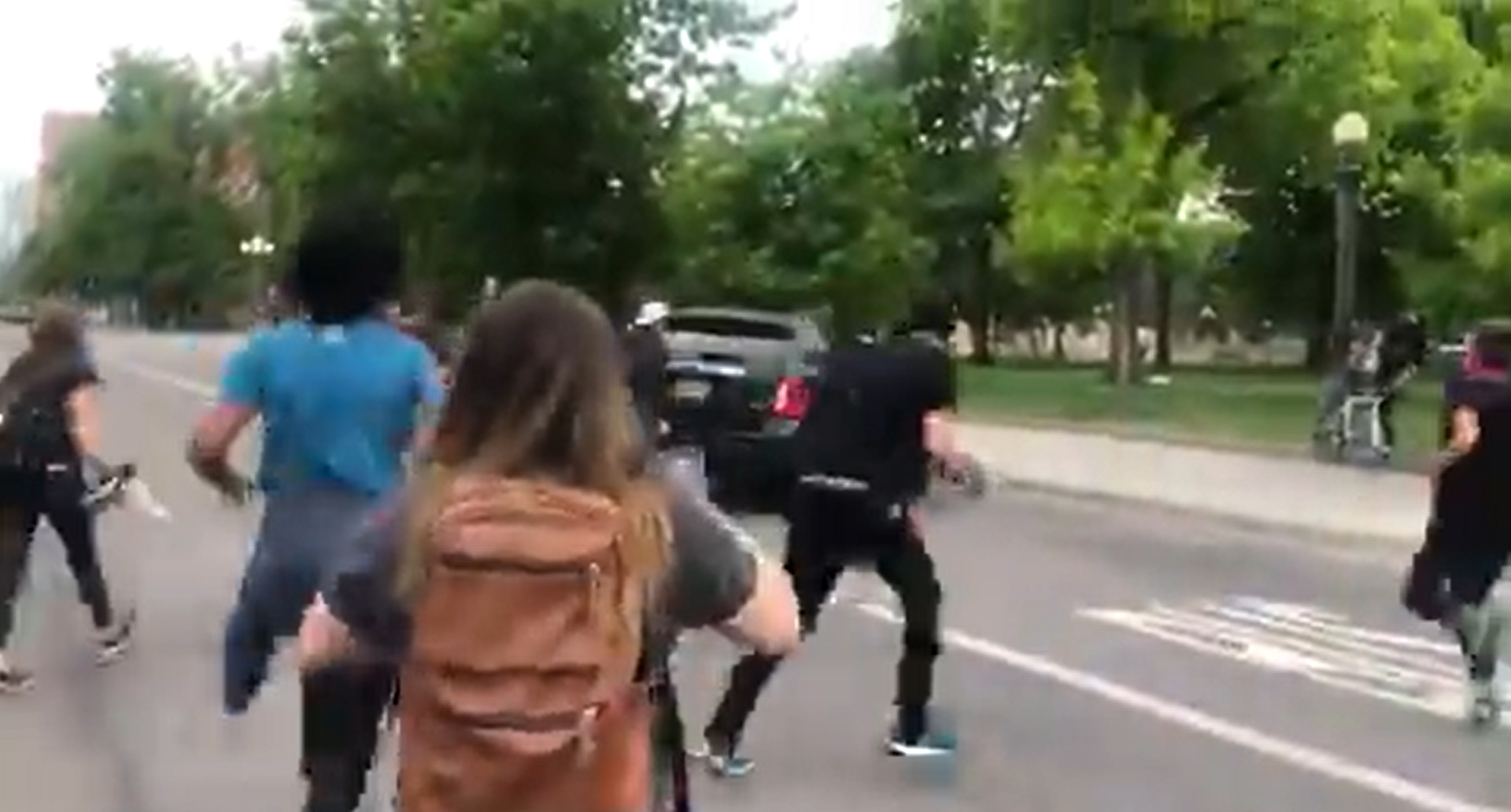 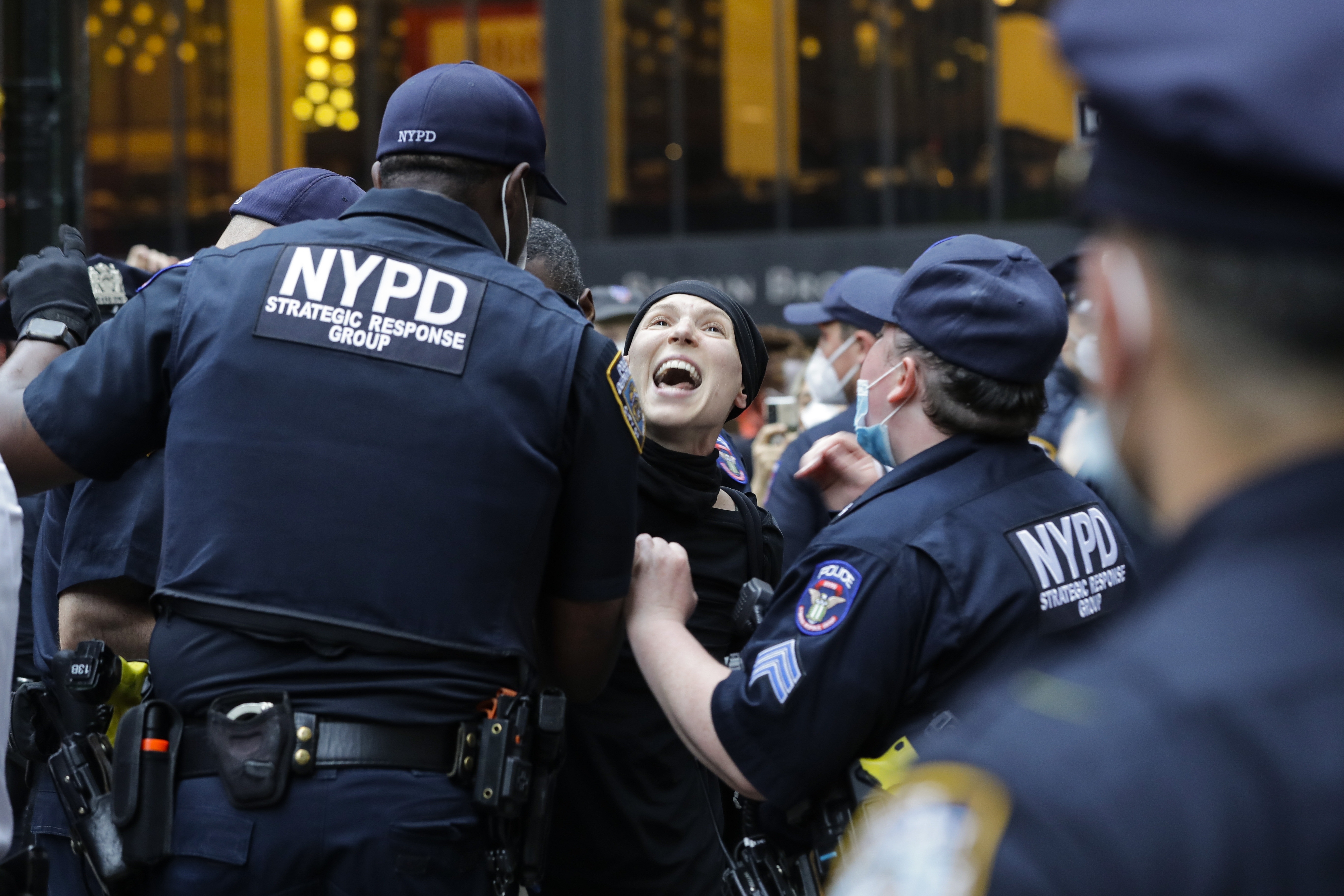 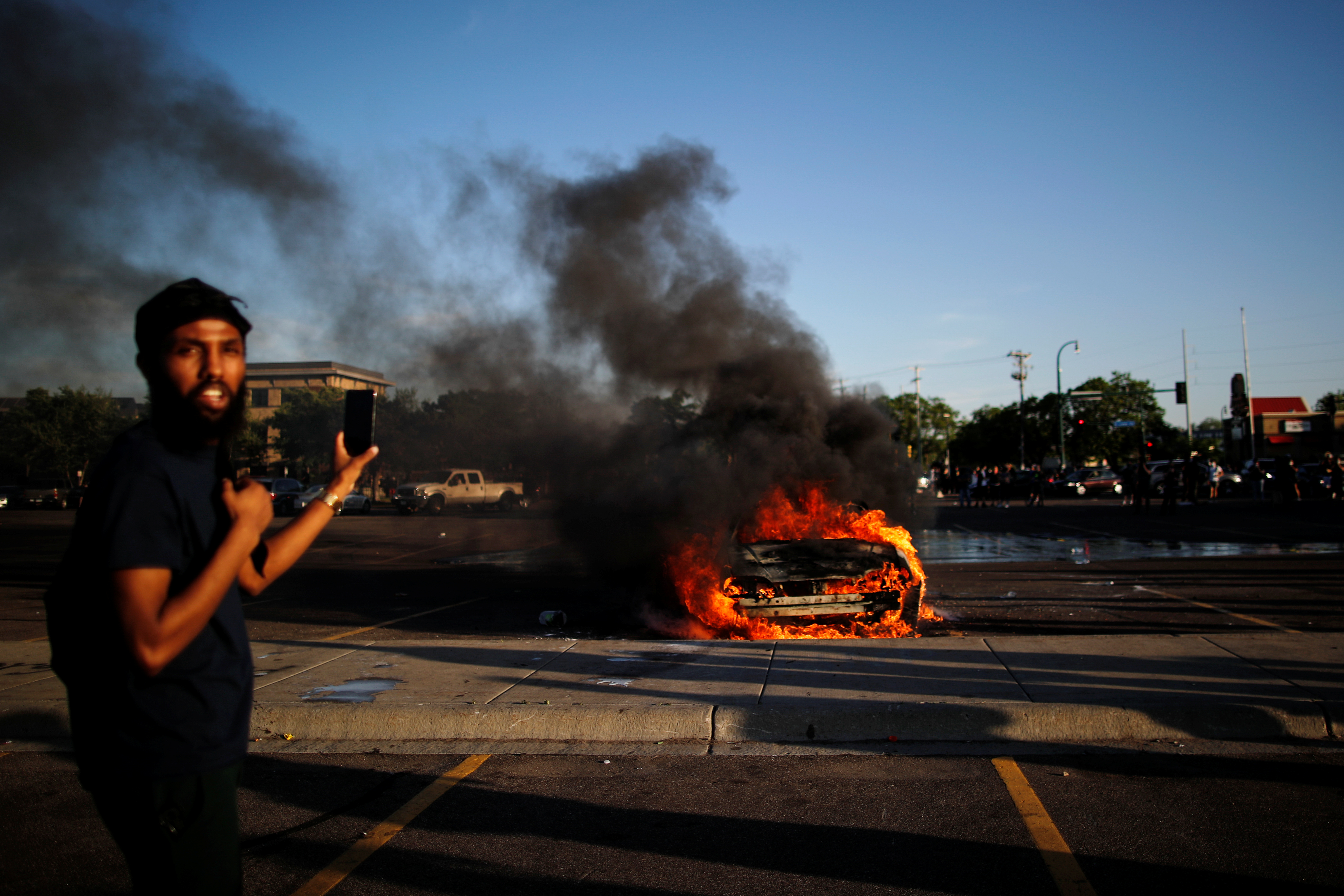 Also on Thursday, a crowd of protesters smashed store windows in St. Paul, Minnesota – the day after looting and rioting ravaged pockets of downtown Minneapolis.

A statement from Walz's office sent to NBC News said the emergency order was necessary after "extensive damage to private property occurred and peaceful protests evolved into a dangerous situation for protesters and first responders".

The demonstrations were in response to disturbing video footage that showed Officer Derek Chauvin kneeling on Floyd's neck on Monday as the black man pleaded for his life, saying "I can't breathe!"

The 46-year-old was later rushed to a local hospital, where he died.

Several hundred people showed up for the protests, including Erika Atson, who told the Associated Press she had been at every protest since Floyd's death.

"We just want the police officer to be held accountable for his actions."

Officers were pelted with "rocks and bottles" by rioters who also broke into buildings to ransack and destroy property, St. Paul police said on Twitter. 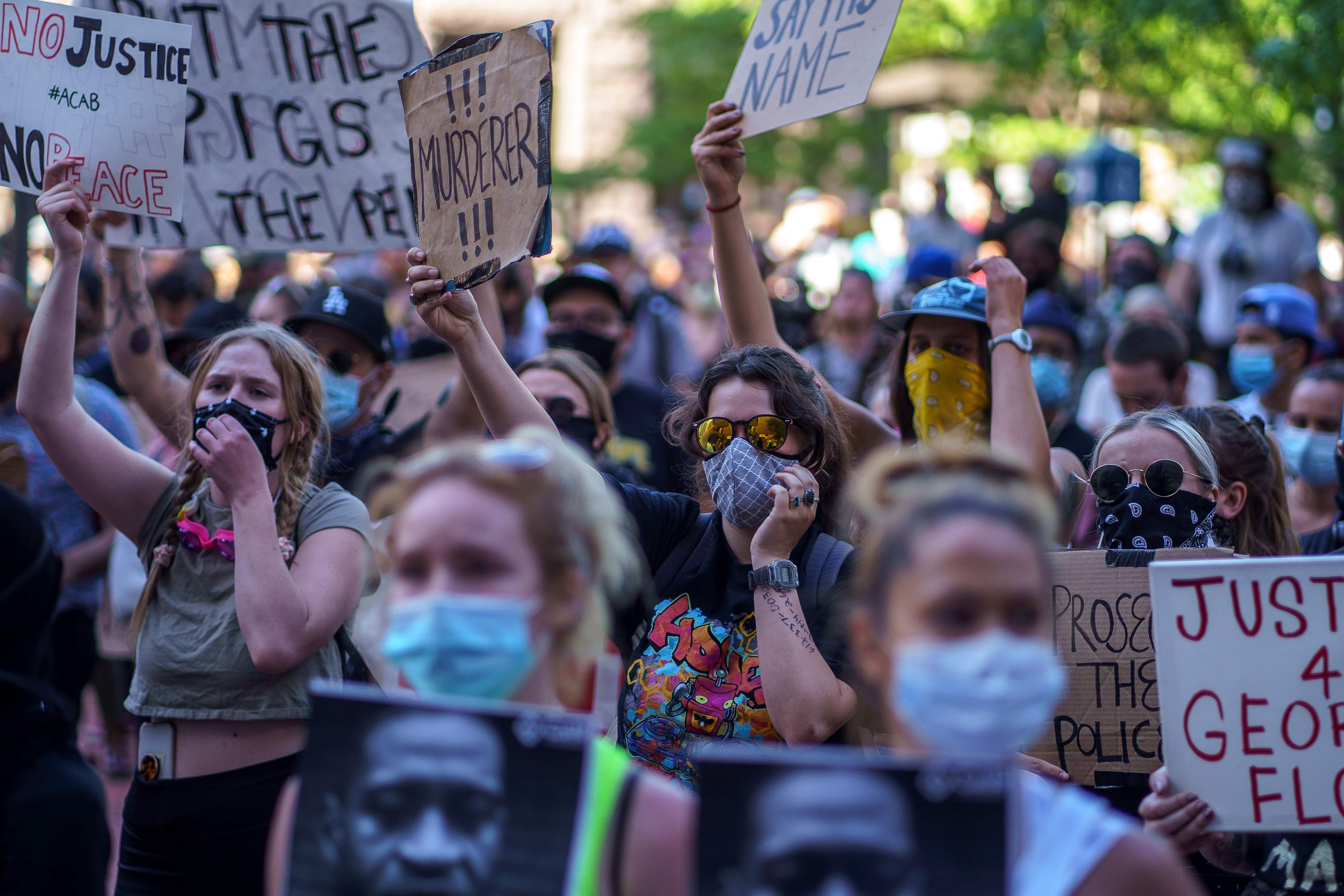 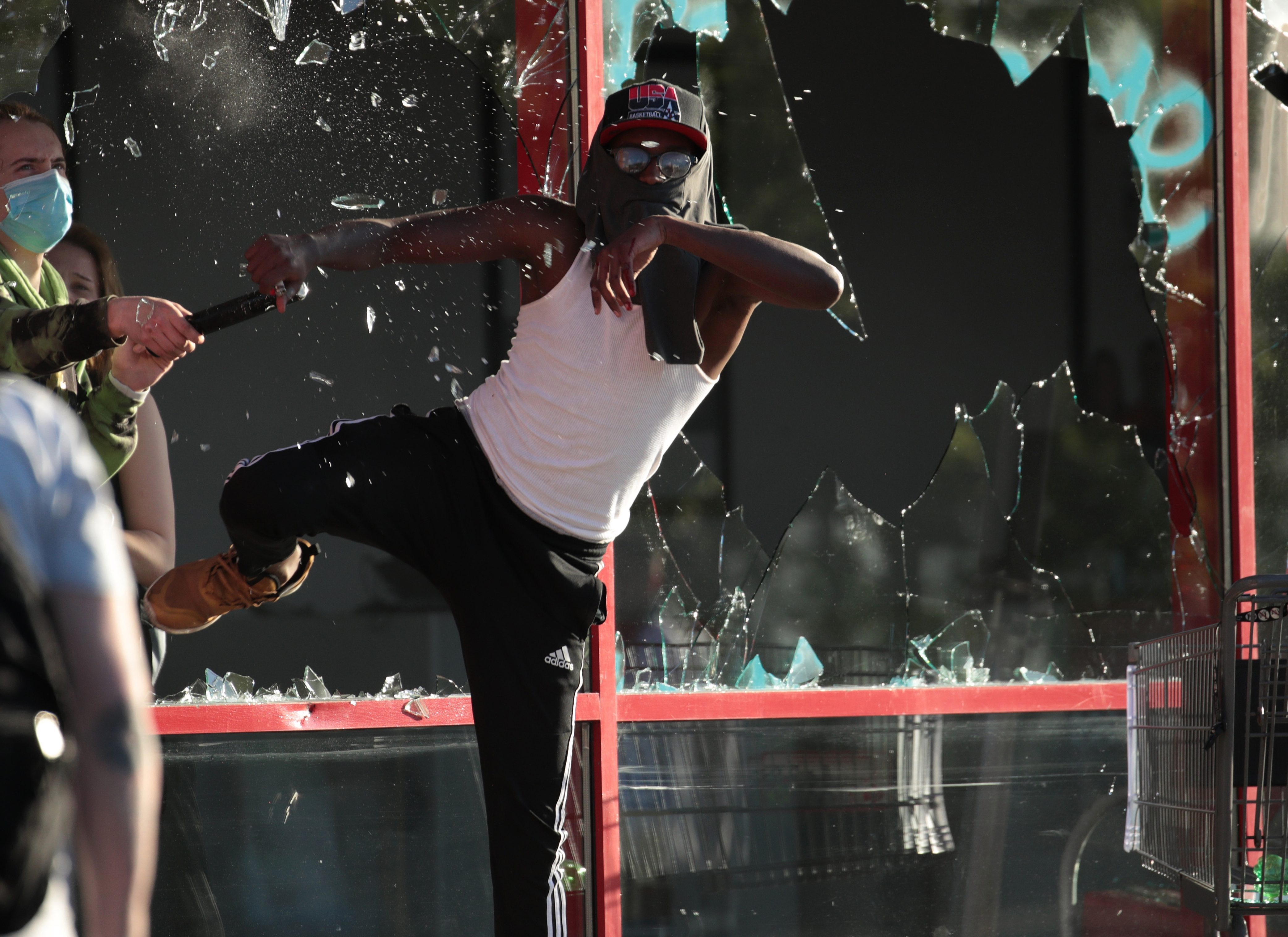 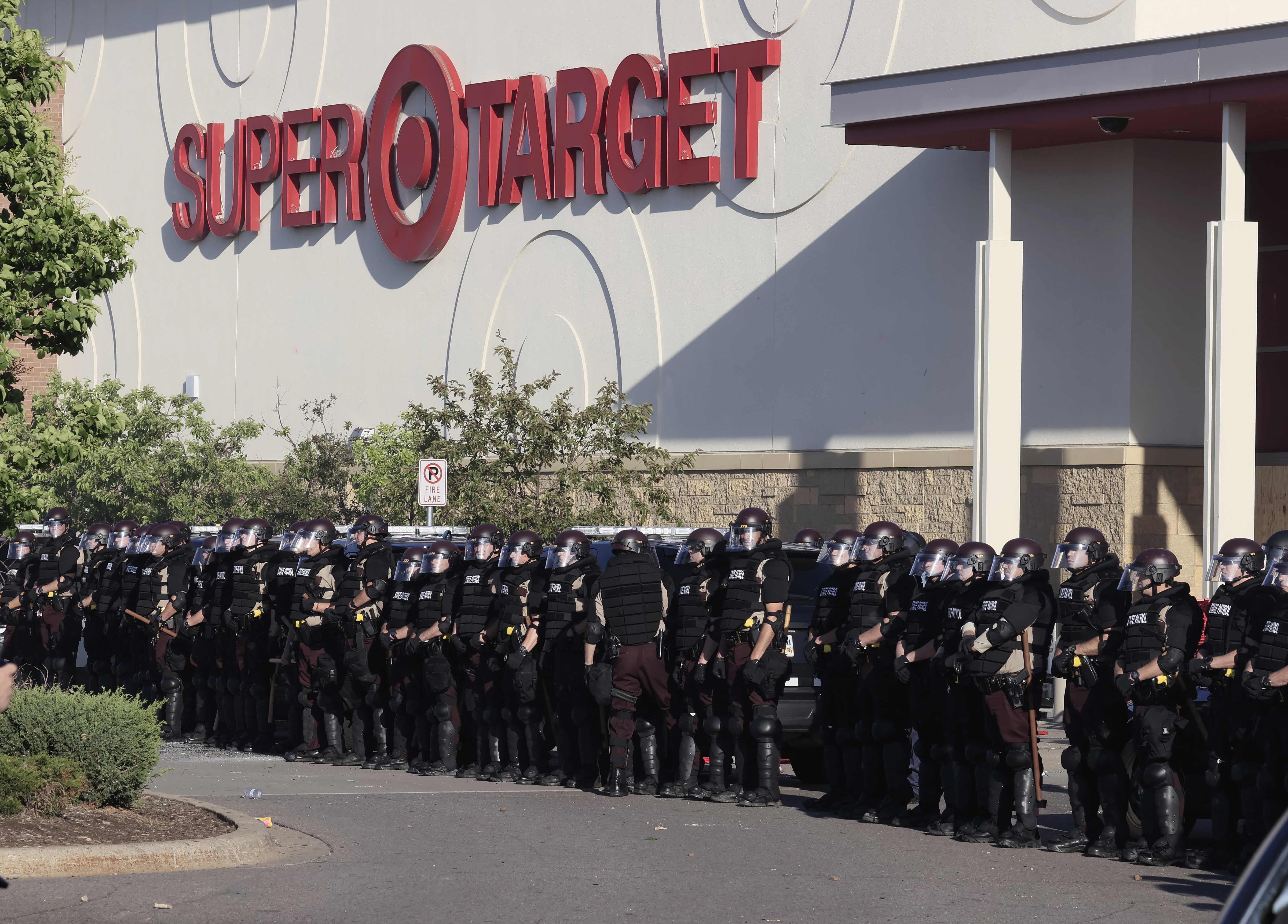 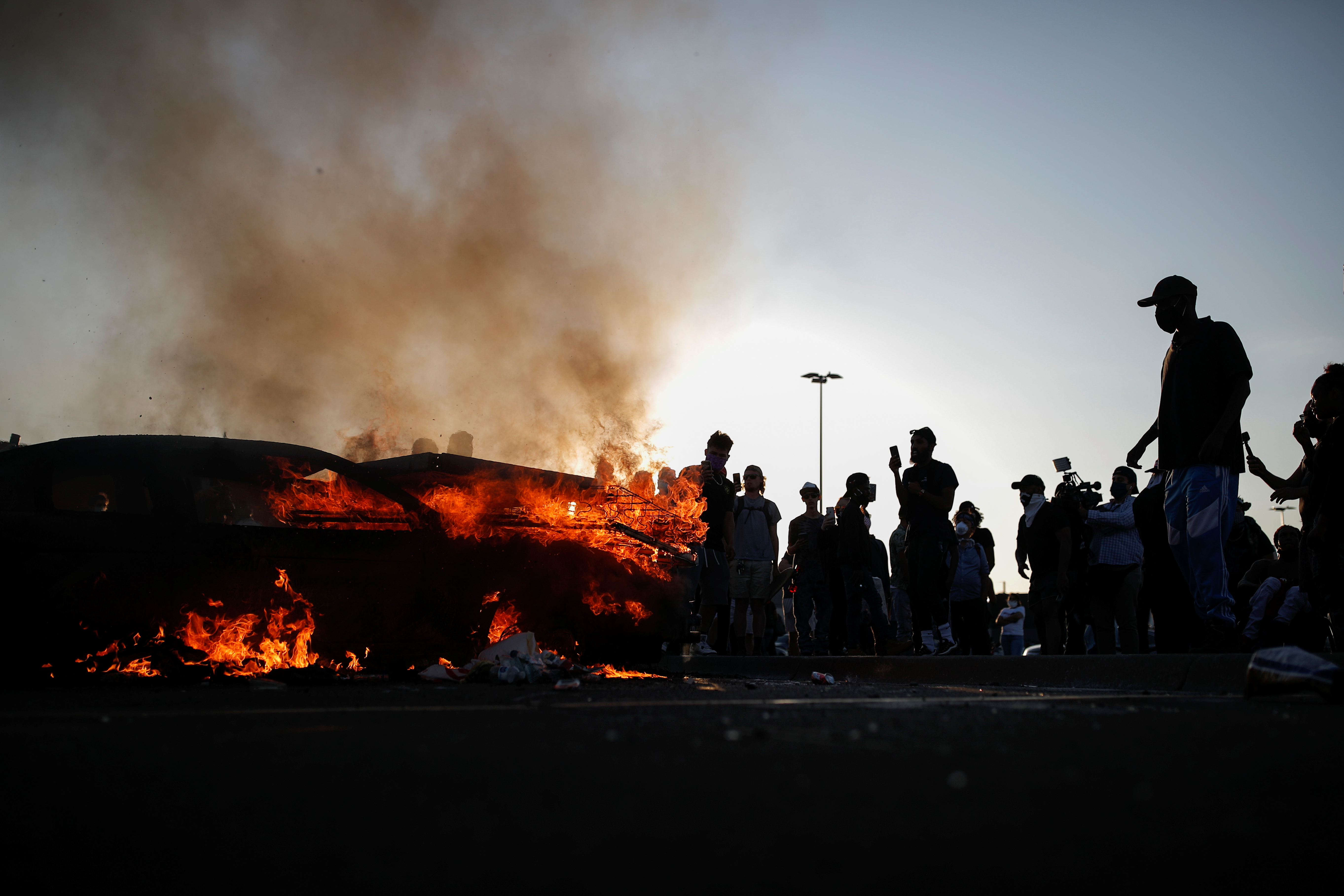 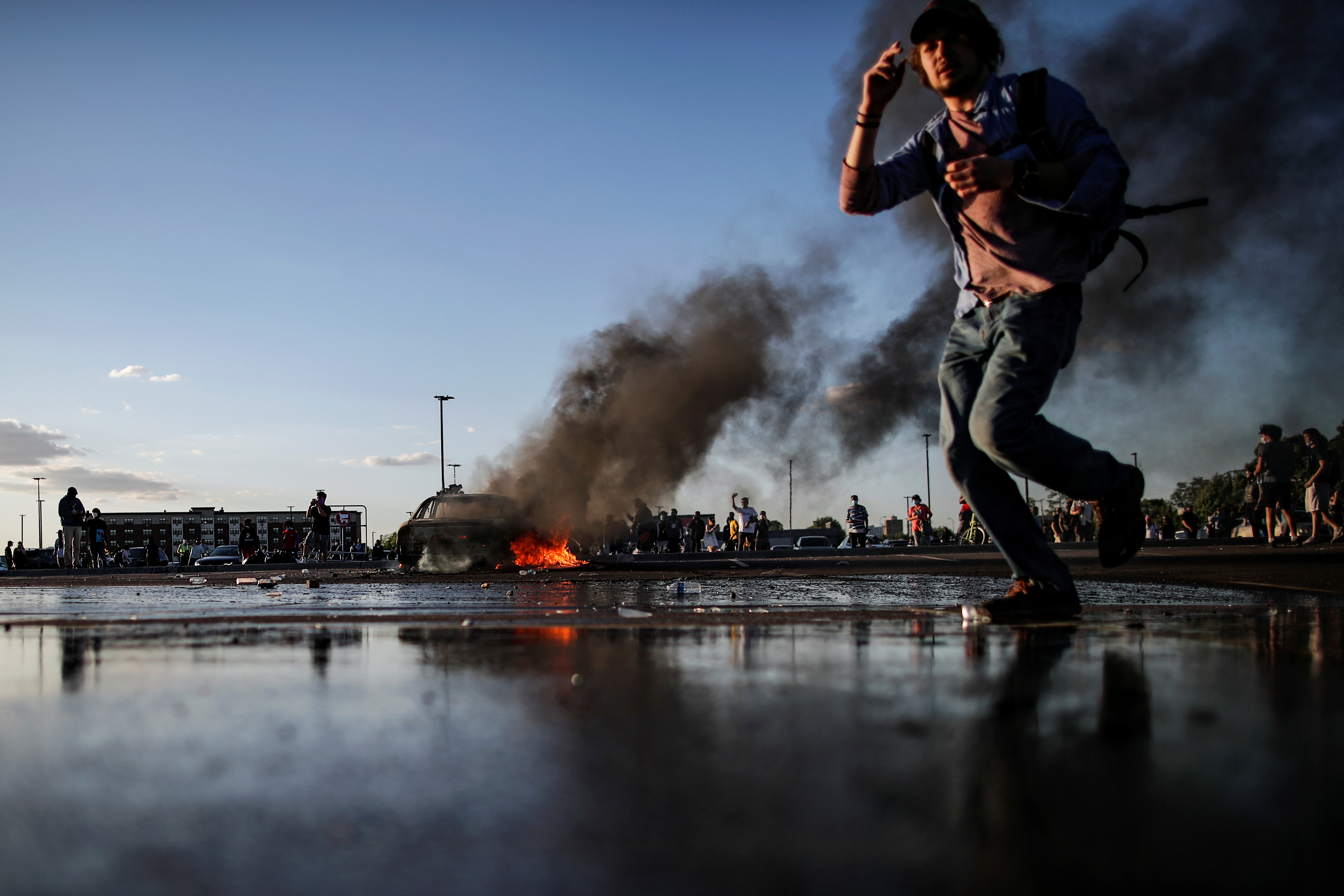 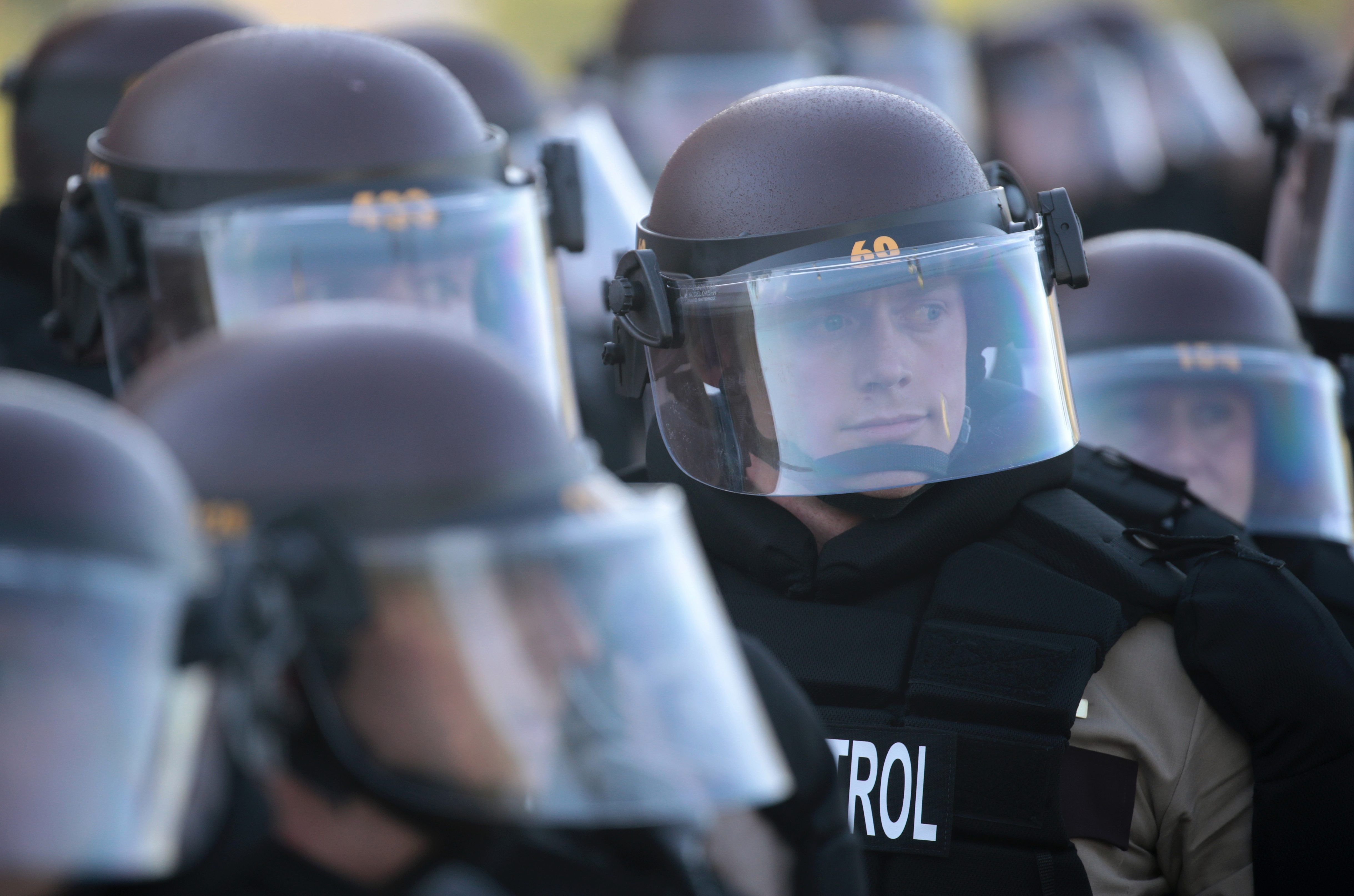 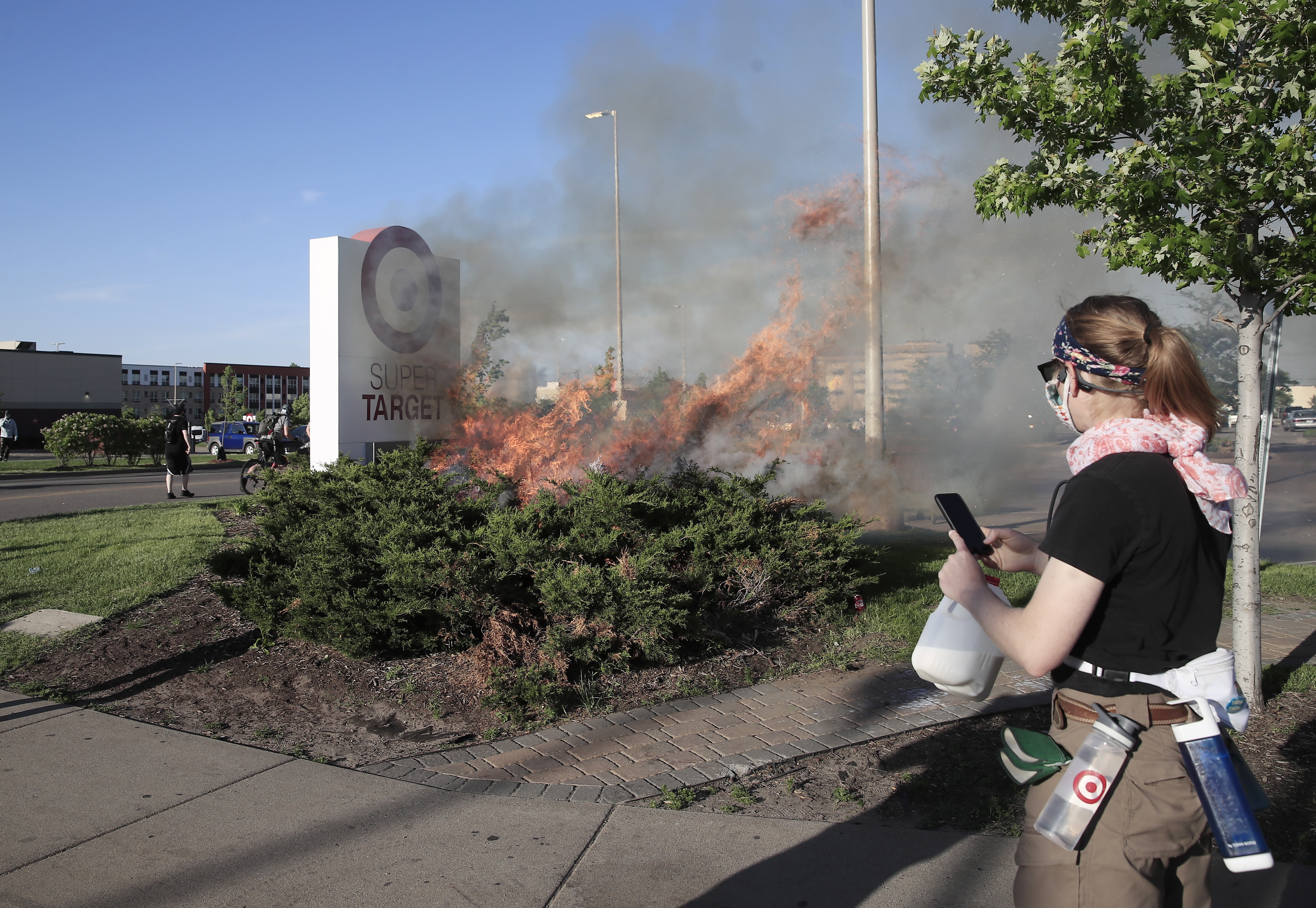 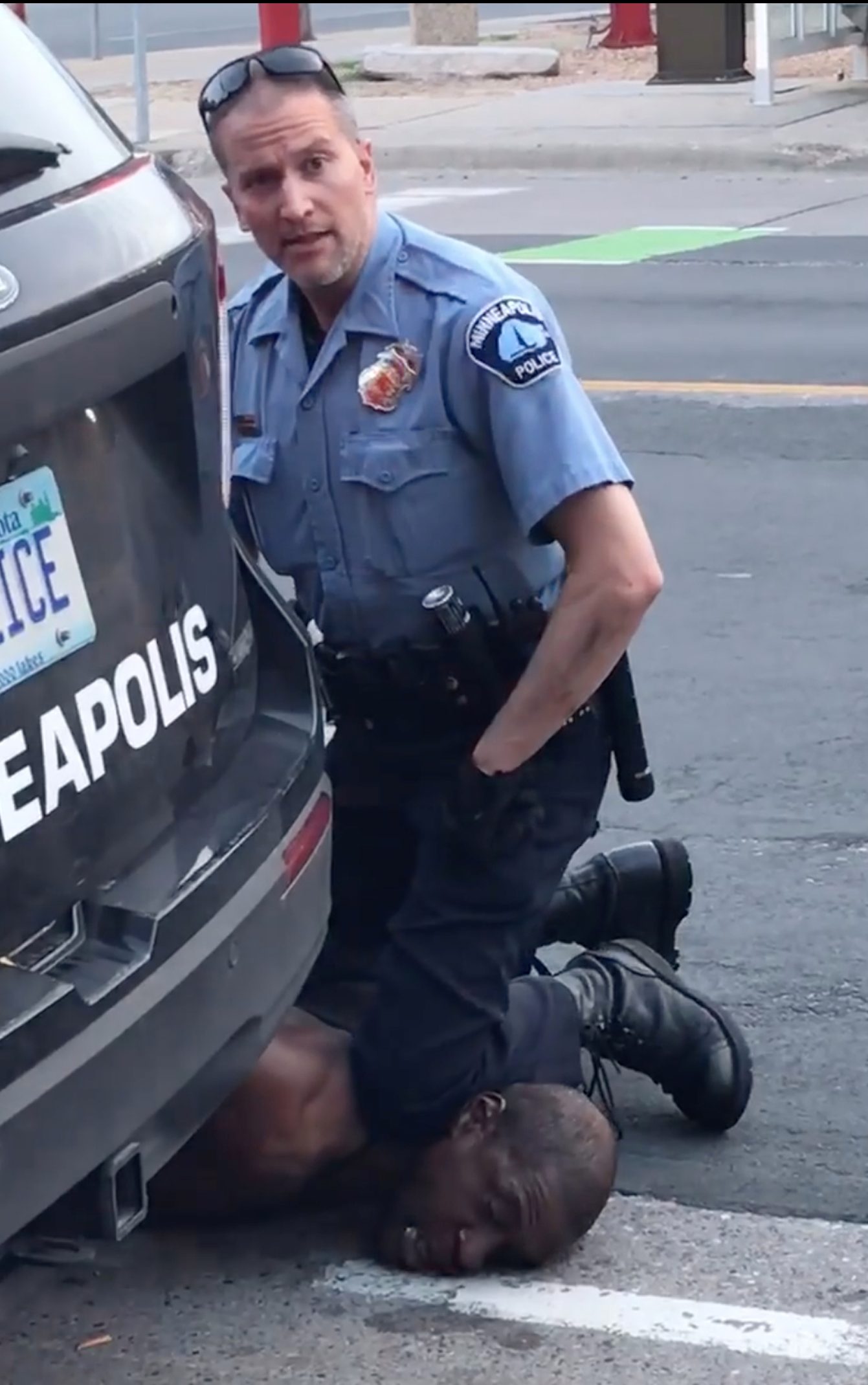 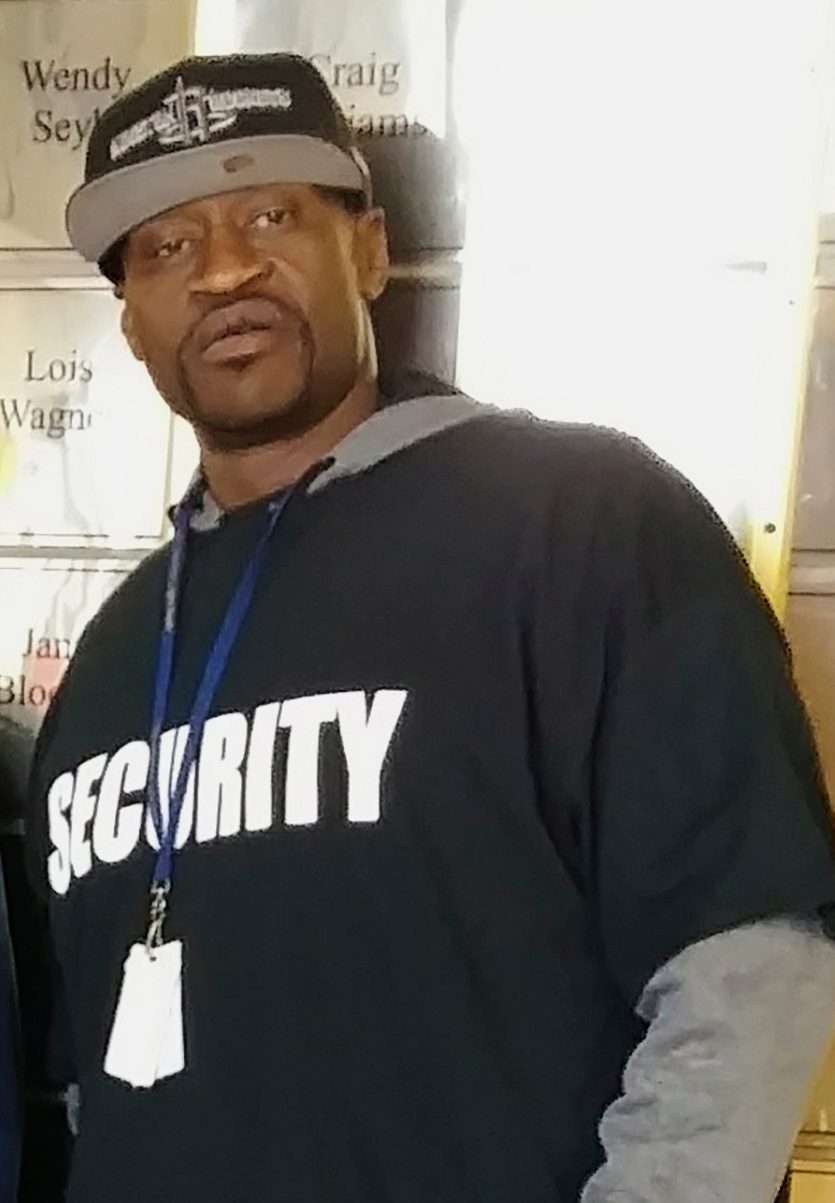 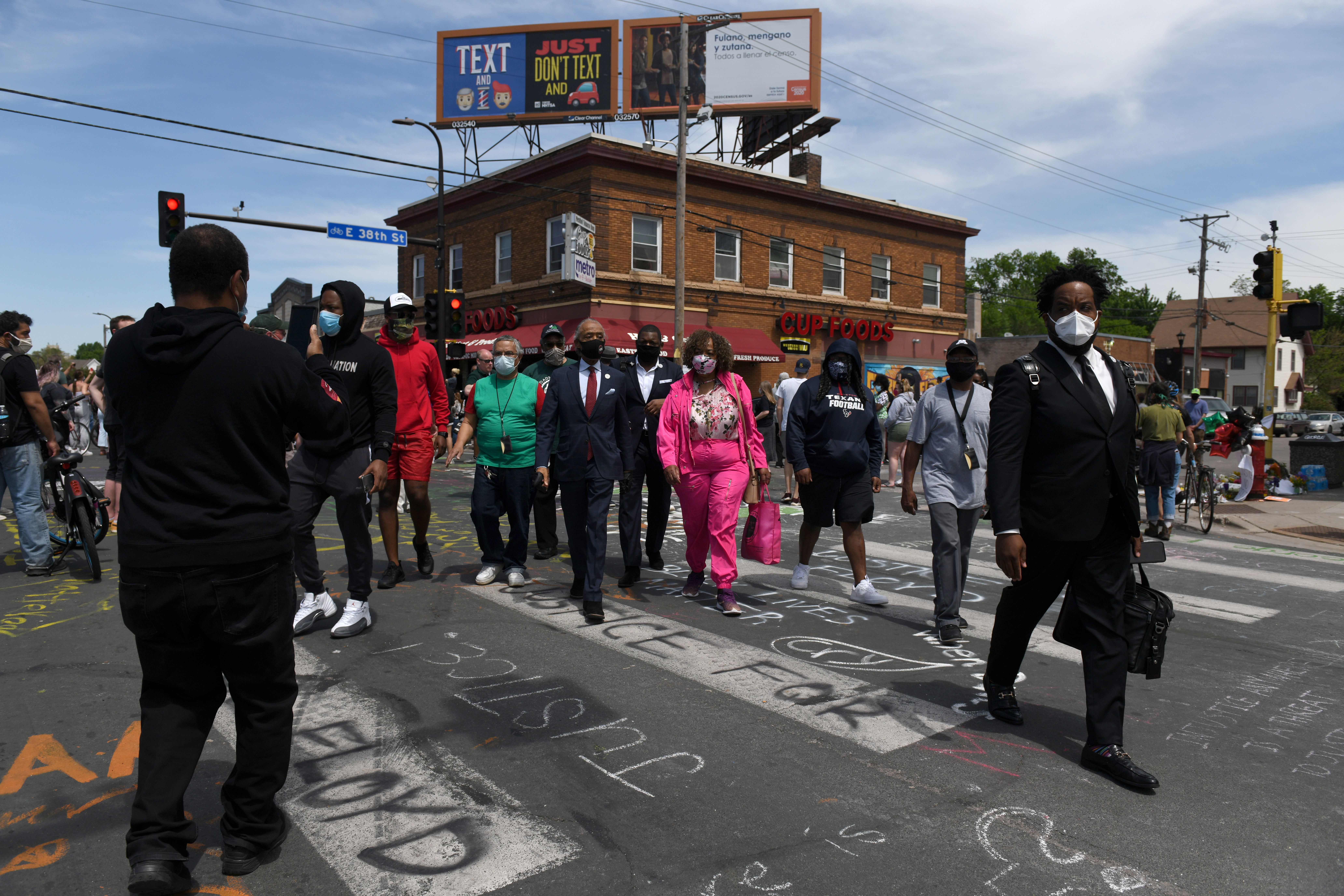 Smoke was seen billowing out of a pawn shop in St. Paul as the protests continued into the night.

"Please keep the focus on George Floyd, on advancing our movement, and on preventing this from ever happening again," he said in a statement obtained by NBC News Thursday.

"We can all be in that fight together."

Police and protesters also clashed in New York City, where KABC reported more than 40 people were arrested at a demonstration in downtown Manhattan.

Dozens of New Yorkers gathered for a Black Lives Matter protest in Union Square, with some confronting police officers while demanding charges for the four officers involved in Floyd's death.

One officer was injured when someone hurled a trashcan, but the cop is expected to be okay, the news station reported.

A person tried to swipe a gun from an officer's holster, while another cop was punched in the face.

"We are people, let's just start there, I've been going to these protests since I was 14 years old, and I haven't seen any change, my heart hurts, my soul hurts because I've been seeing my people die on video," one protester told the the news outlet.

"That hurts, I don't think you all understand how much it hurts." 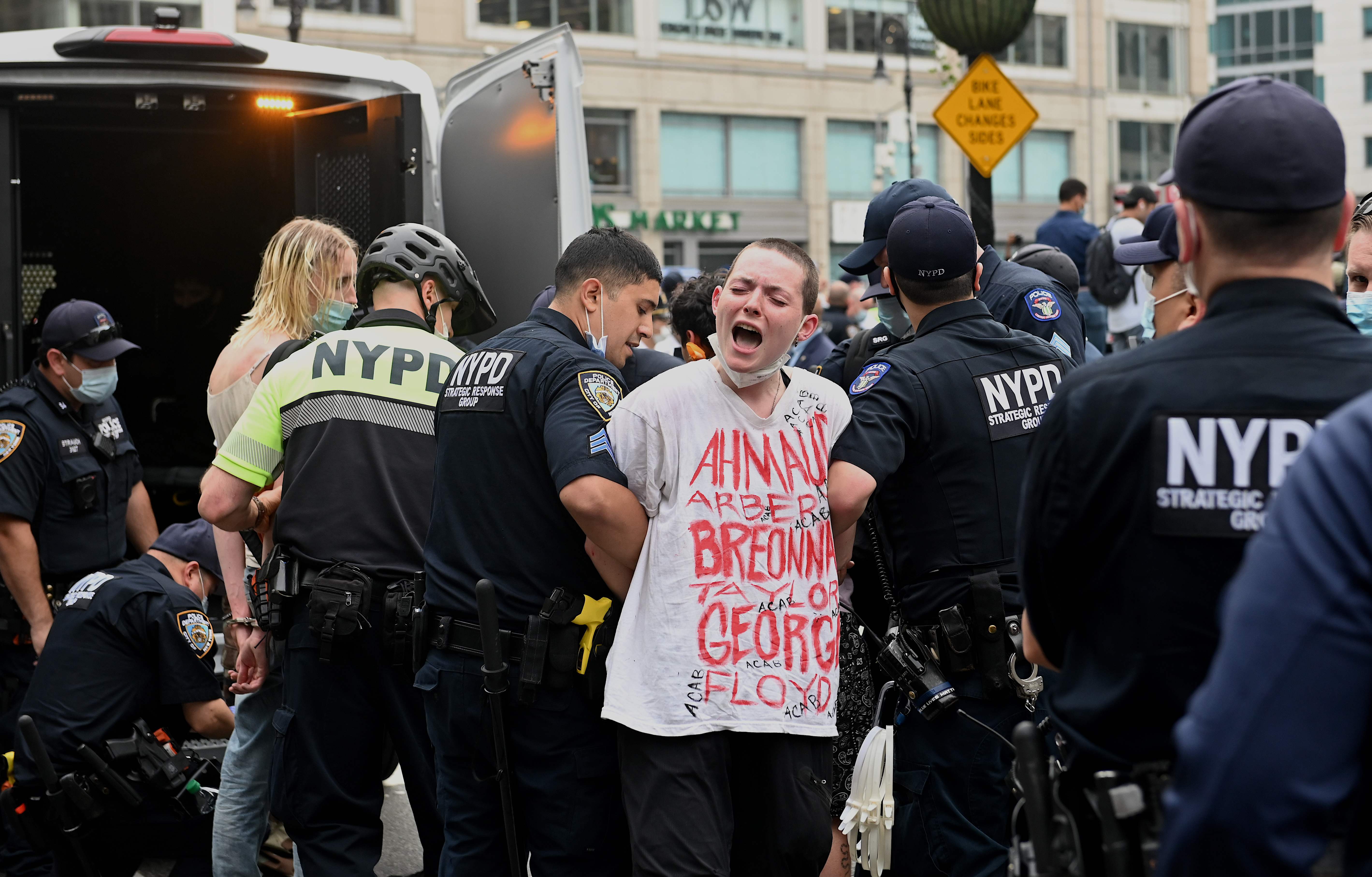 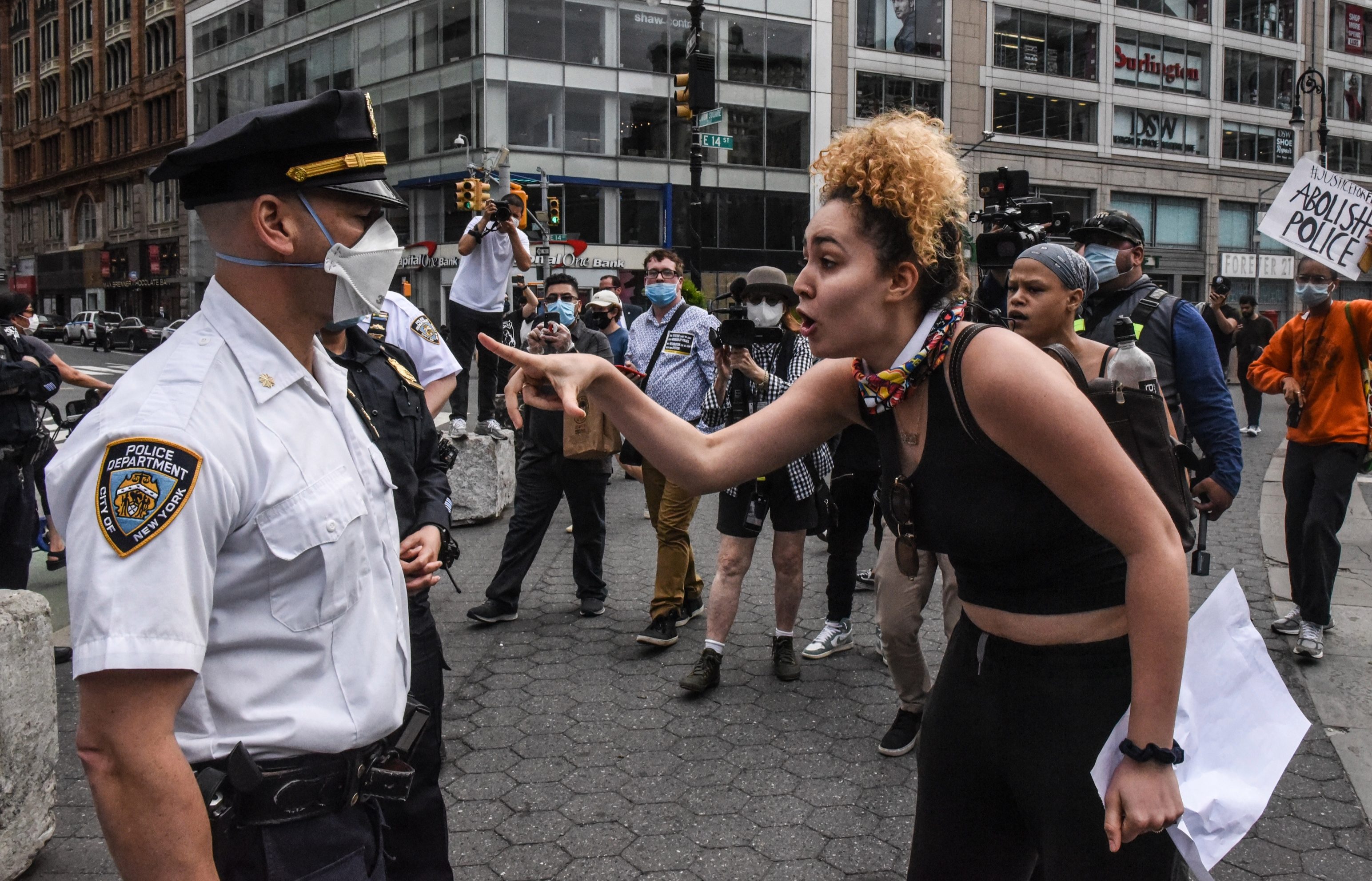 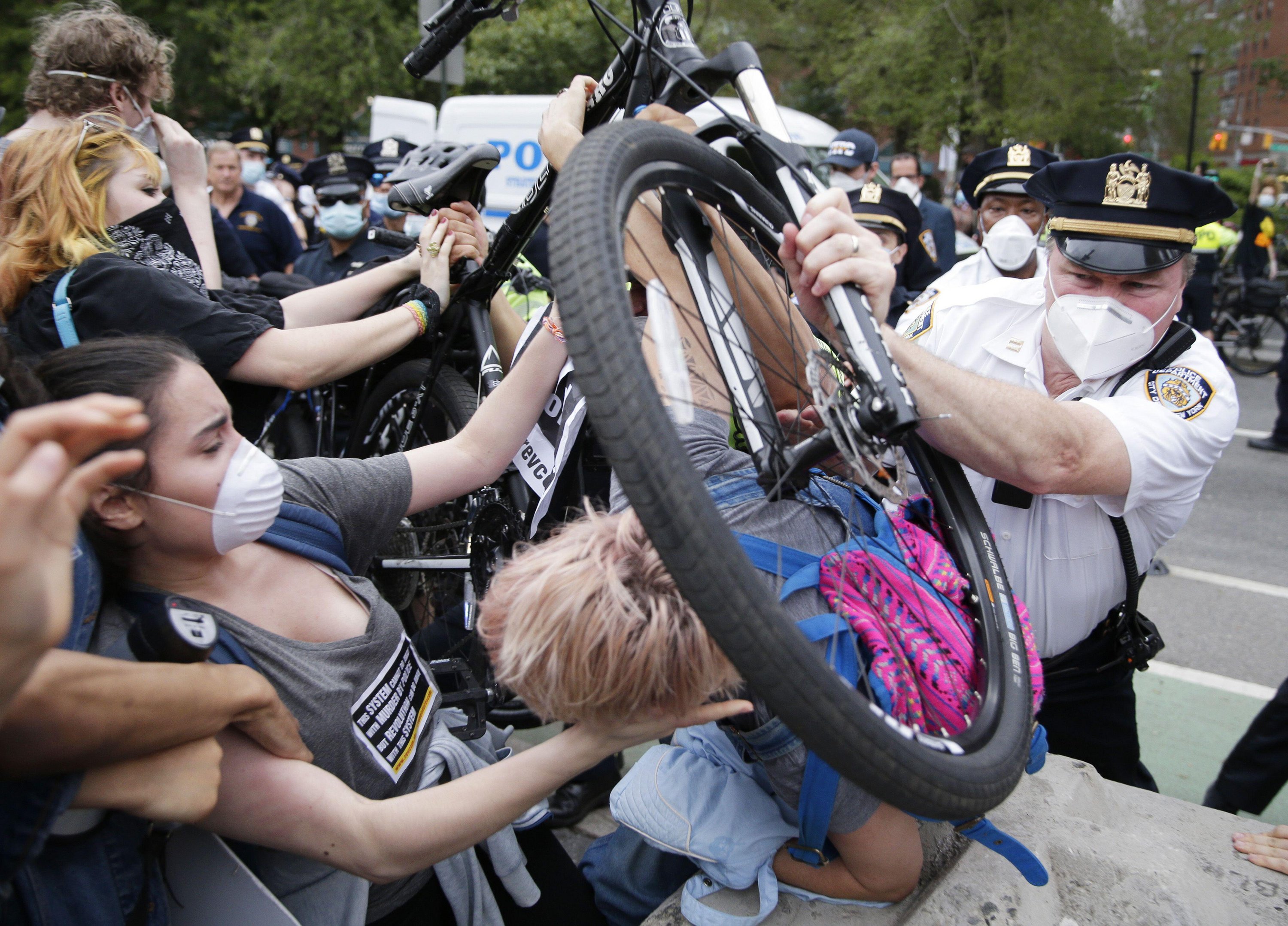 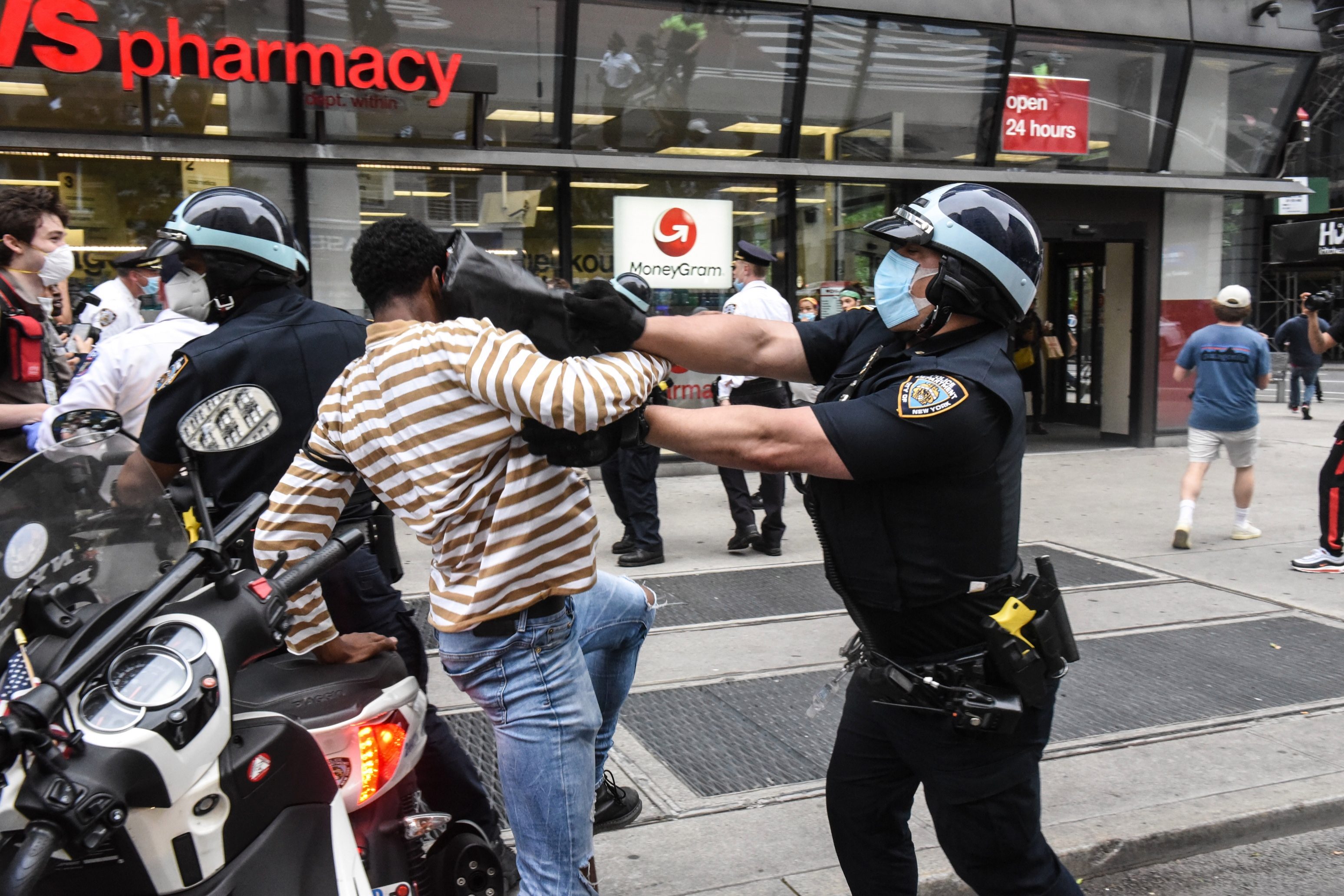 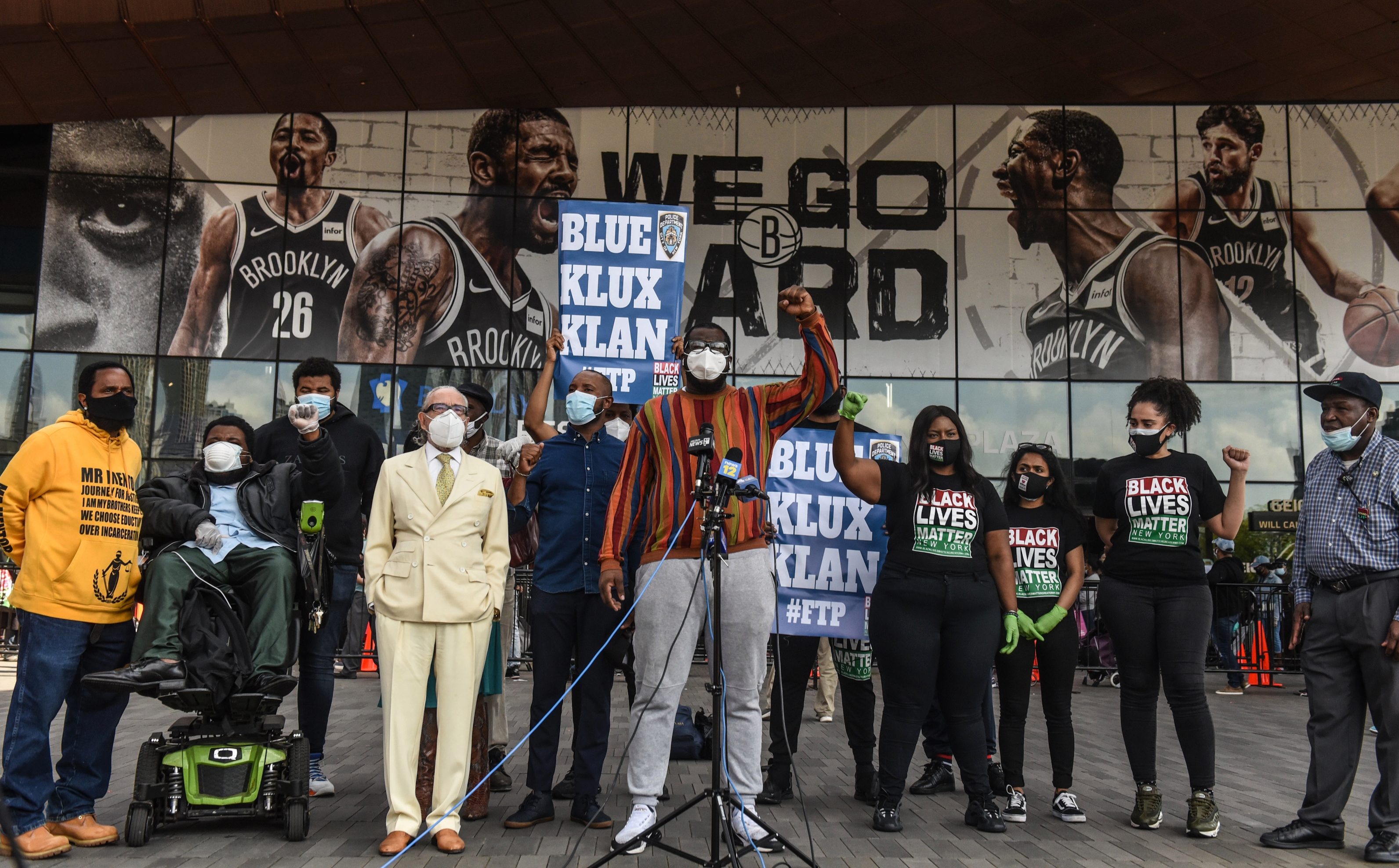 Meanwhile in Colorado, at least 100 people were involved in a march demanding justice for Floyd.

Shots were reportedly fired into the crowd of peaceful protesters gathered near the State Capitol.

Herod told KMGH from inside the Capitol that someone fired five or six shots from a nearby bus stop.

No injuries have been reported, according to KDVR.

Demonstrators marched through downtown Denver chanting "No justice, no peace" as they carried signs.

Protesters blocked Interstate 25 at around 7pm, the news station reported. 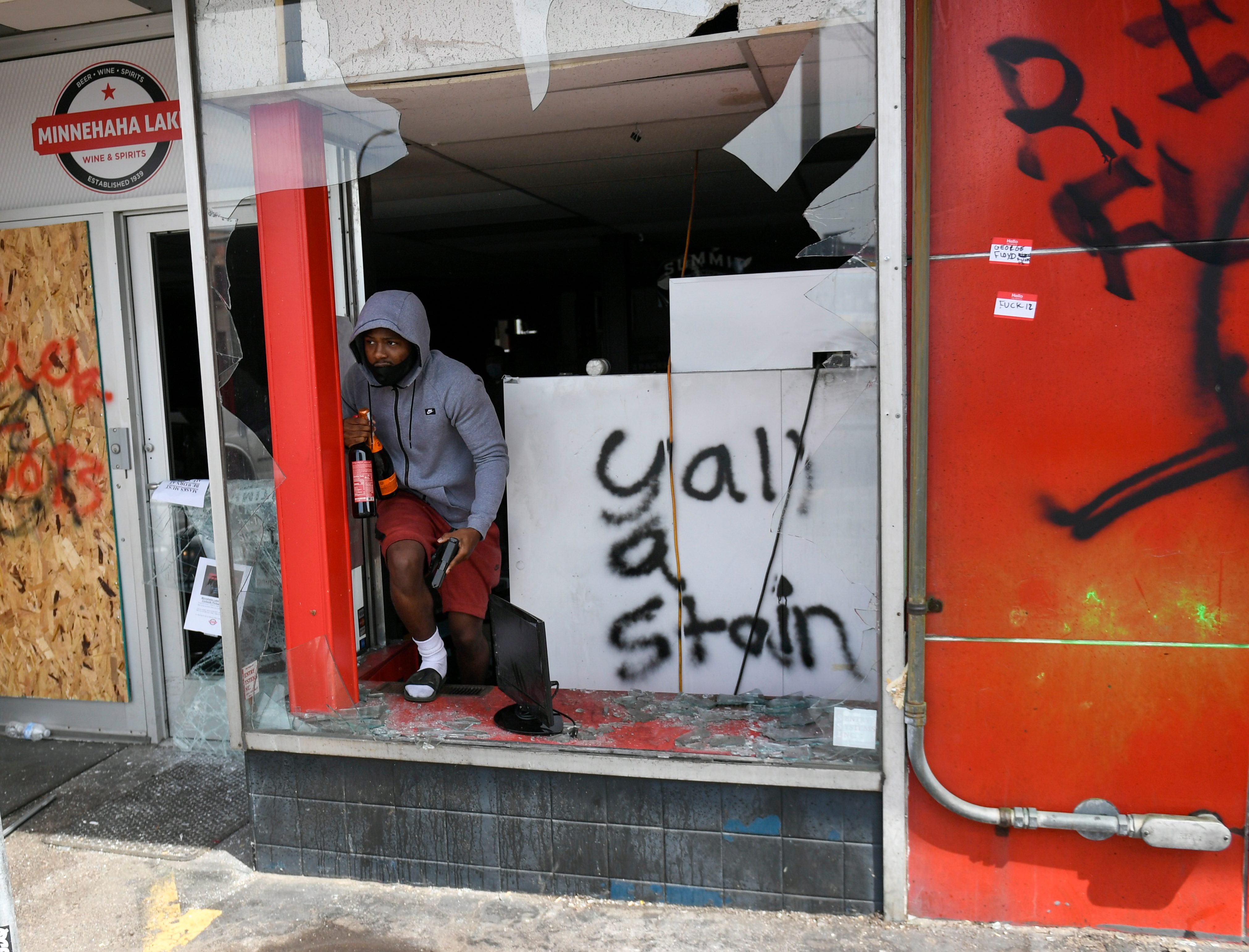 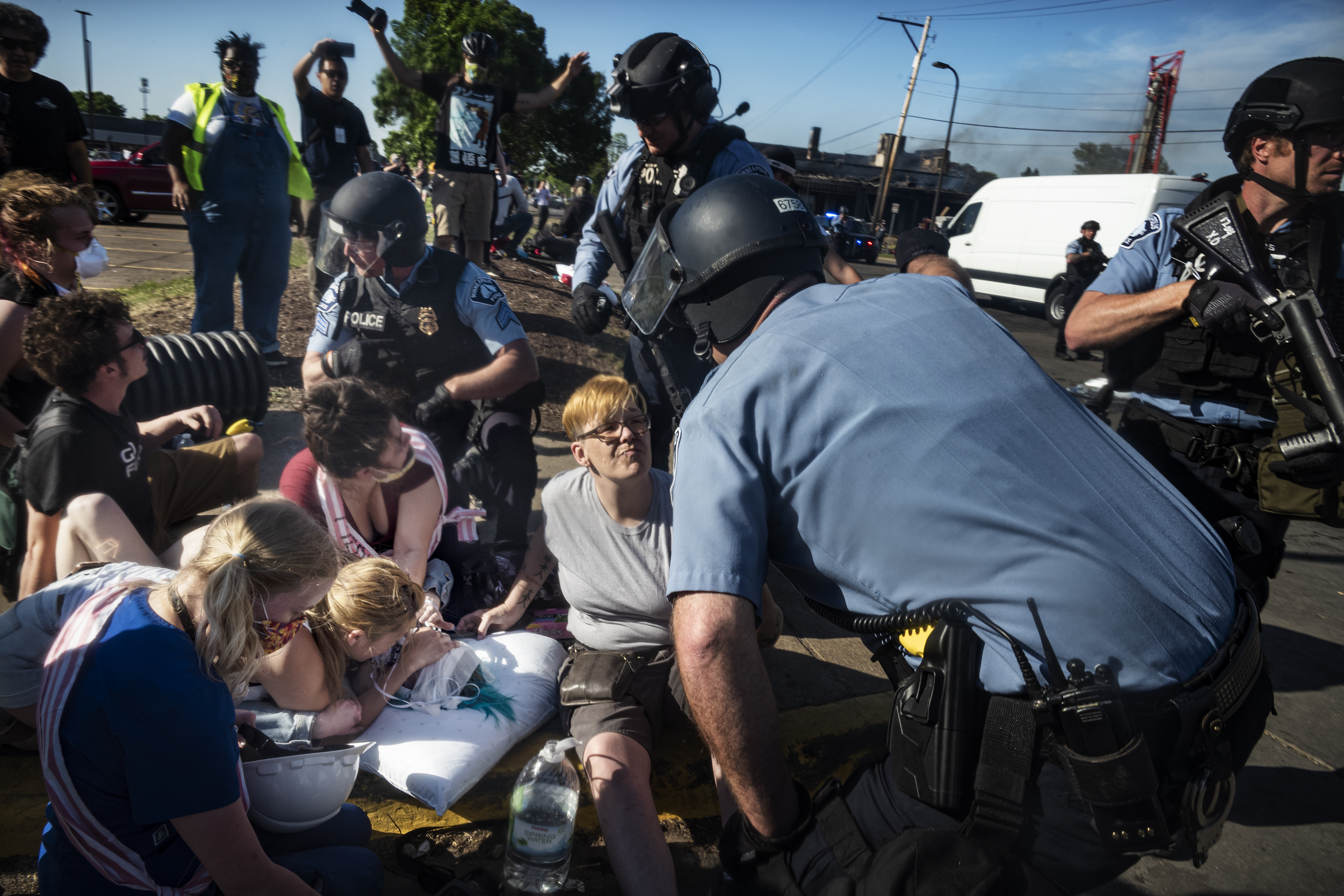 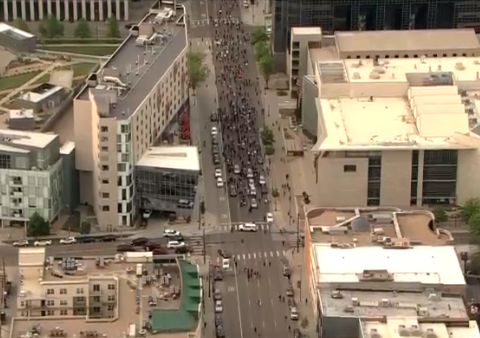 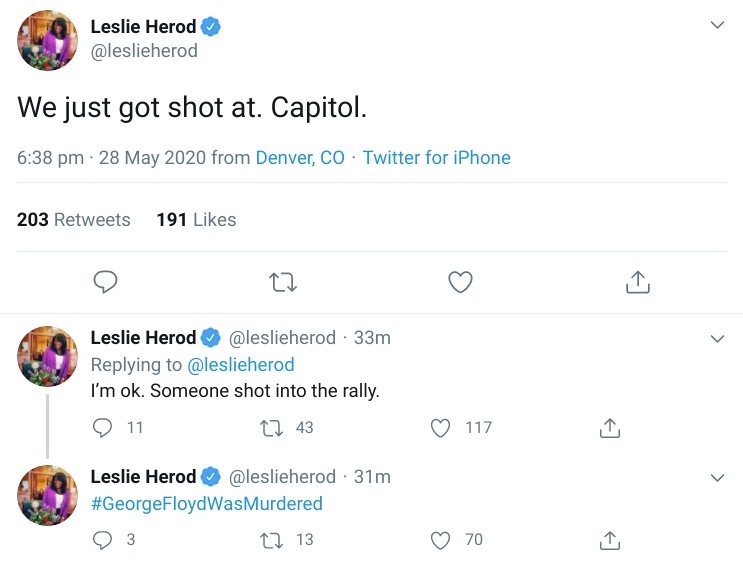 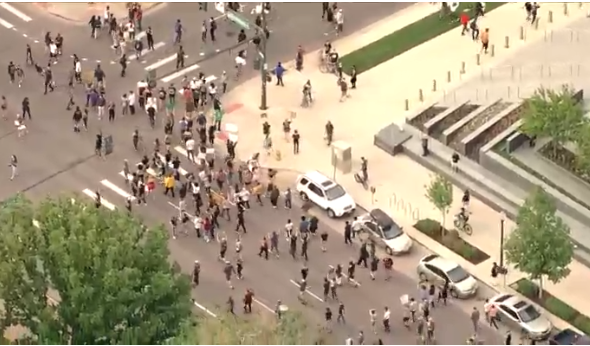 The intense demonstrations come as Minnesota prosecutors deemed the violent arrest video "horrific", but warned that there's "other evidence" that goes against charging Chauvin.

"My job in the end is to prove [Chauvin] violated a criminal statute, and there is other evidence that does not support a criminal charge," Freeman said.

"I will not rush to justice because justice will not be rushed," he added. 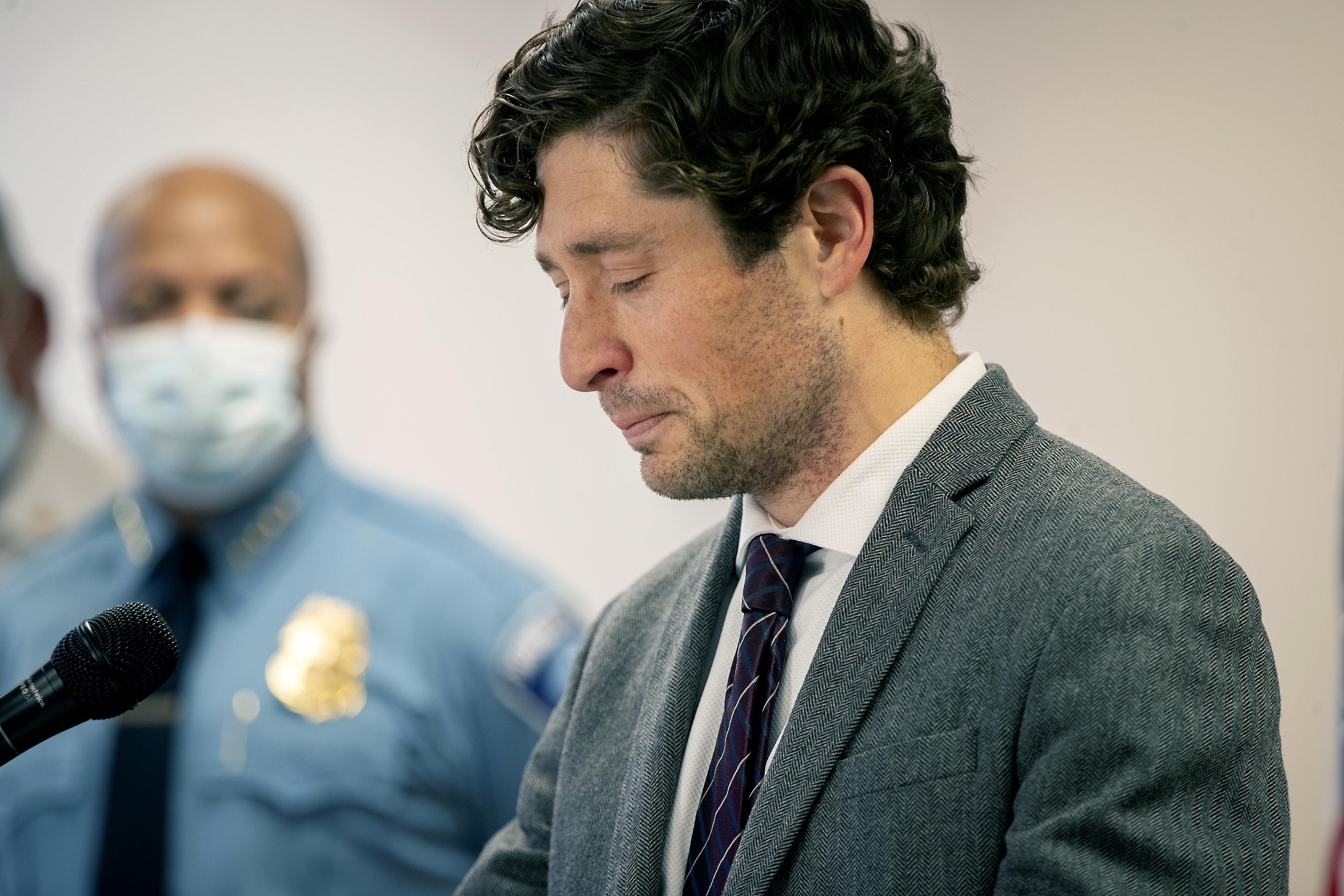 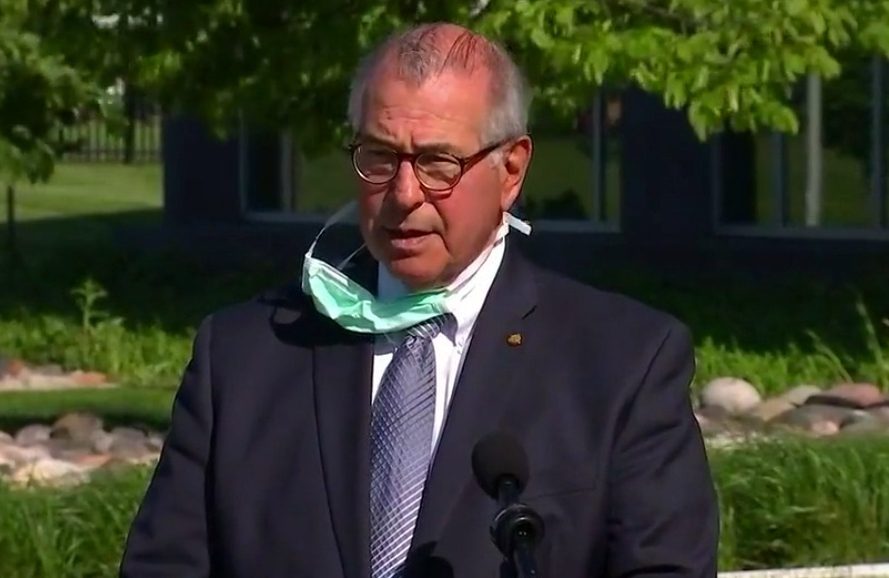