THIS is the shocking moment a shopper was filmed headbutting a woman who 'refused to wear a mask' in a London store.

Dramatic video recorded at the scene shows a blonde-haired woman with a blue mask attacking a woman in a long dark coat at a petrol station Co-op in Whitechapel. 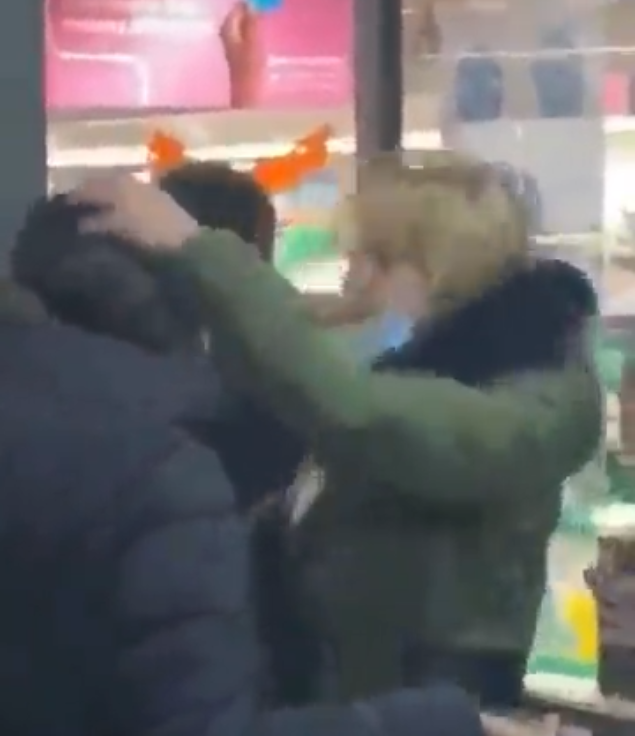 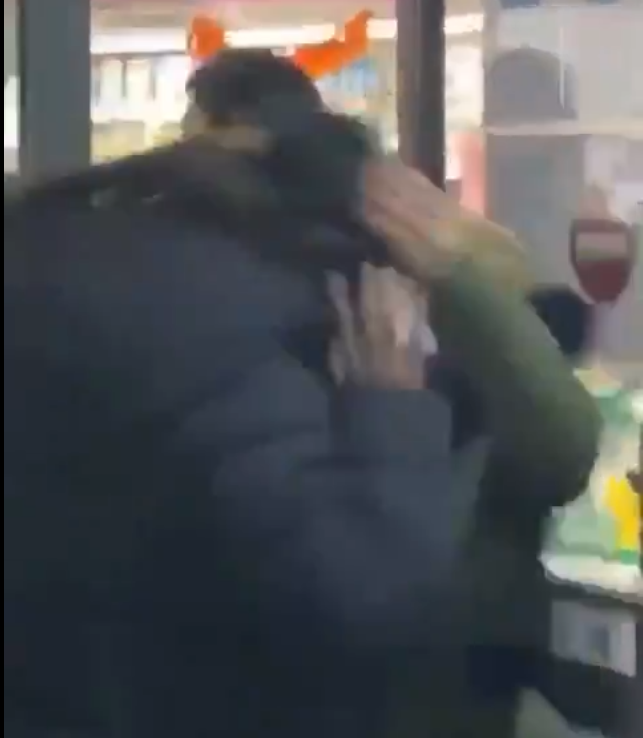 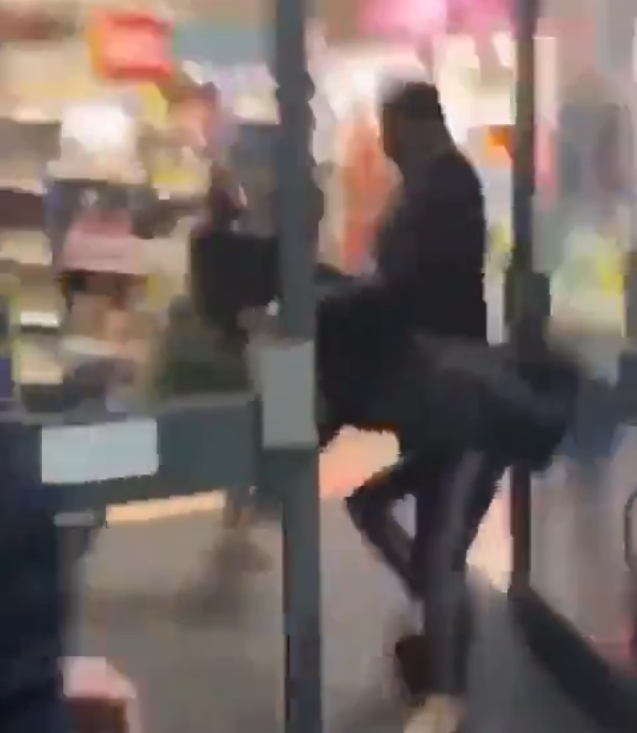 The row broke out after the woman with the blue mask leaves the store and passed her victim, who appears to be waiting to go in.

As the two spoke, onlookers can be heard shouting: "Wear your mask!"

The women appeared to be arguing – before suddenly the attacker lashed out, headbutting her victim and dragging her into the store.

She then battered the victim, who fell to the ground under an onslaught of punches and kicks.

A third woman then attempts to stop the filming of the attack, while other people waiting to get into the store try to break up the row.

A member of staff appears to stand by watching during the incident. 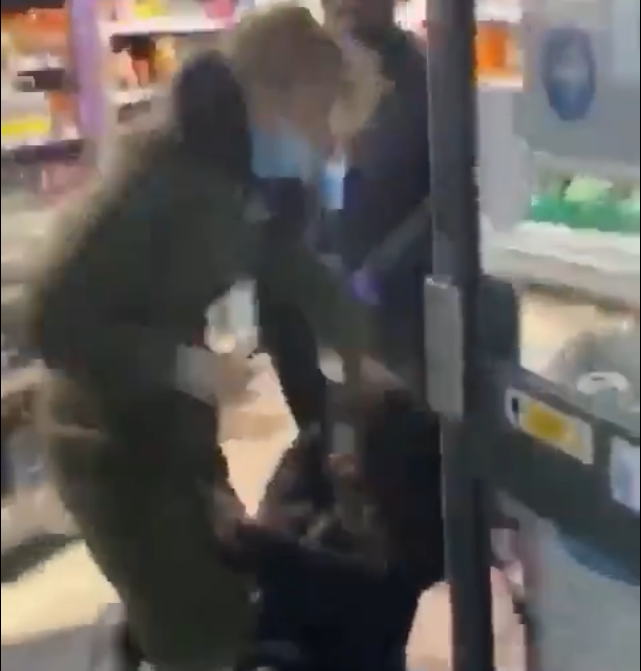 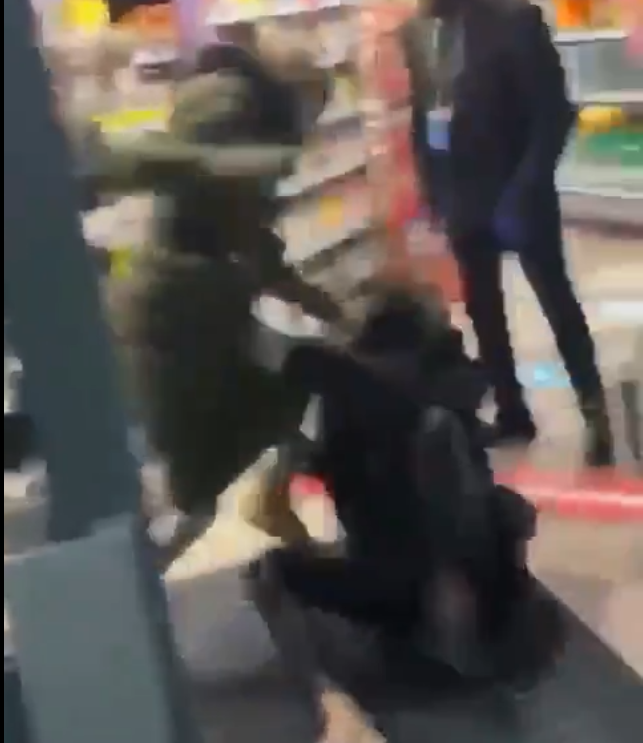 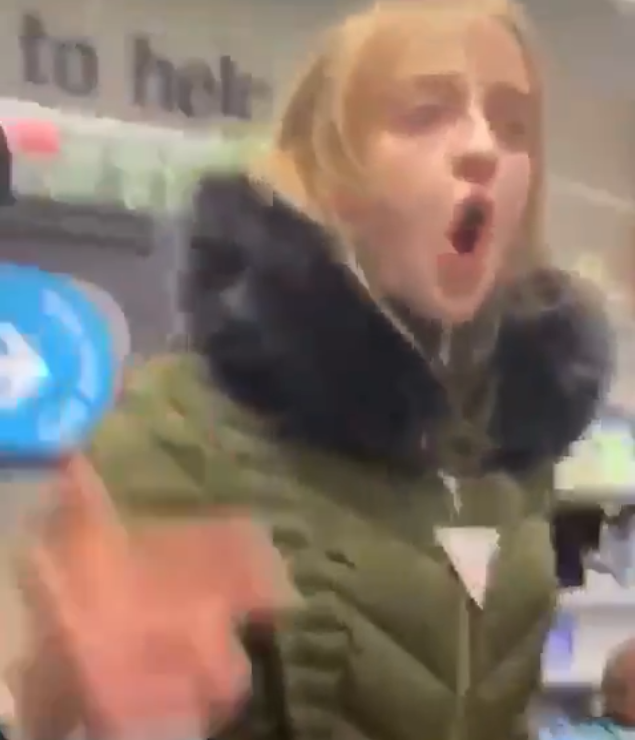 The dramatic fight was caught on camera by podcaster @fruitpunchL, who has shared it on social media.

He enters the shop to try and break the women apart, capturing the moment the attacker furiously shouted and pointed at the the victim.

He can be heard saying: "It's enough, you've done enough" and urging the victim of the brutal fight to pick up her belongings.

The camera then turns on the shop's security as the he asks: "Security, what the f*** did you do?

As the film continues, the attacker continues to shout and threaten the victim, telling her: "I'm going to break your f***ing throat.

It's understood the two women then faced off outside the shop again – before leaving when police were called.

The Metropolitan Police confirmed their officers were contacted just after 10.45pm, but no arrests have been made as the women involved left the scene.