THIS is the shocking moment workers clashed with planks and crowbars in a massive industrial estate brawl over building supplies.

A terrified eyewitness said the fight broke out in Manchester on Tuesday, with cars damaged and one man left “covered in blood”. 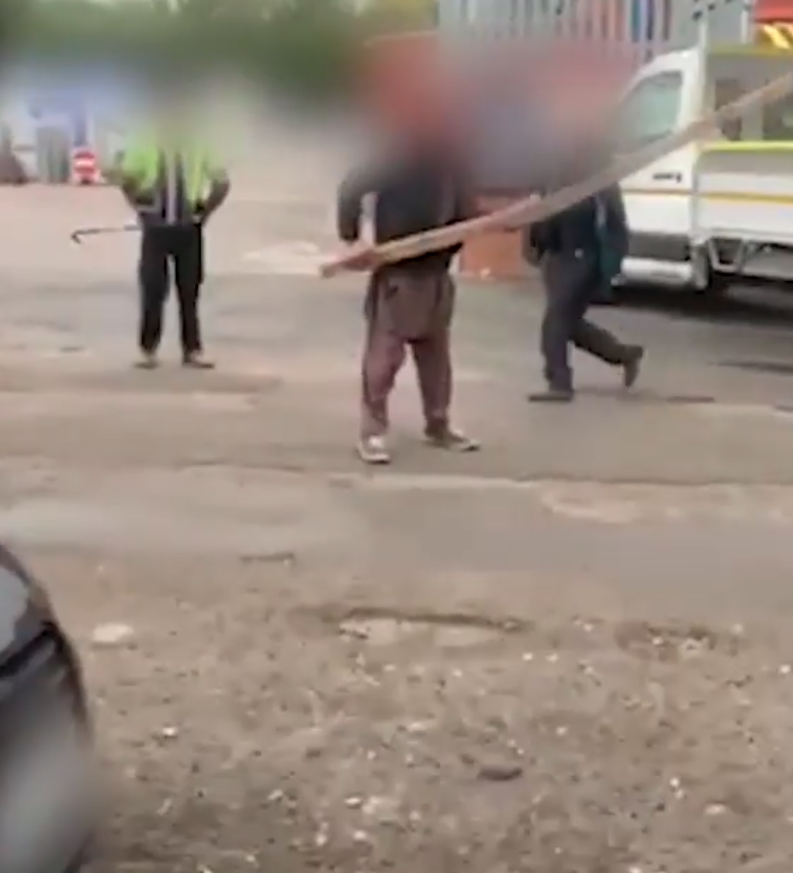 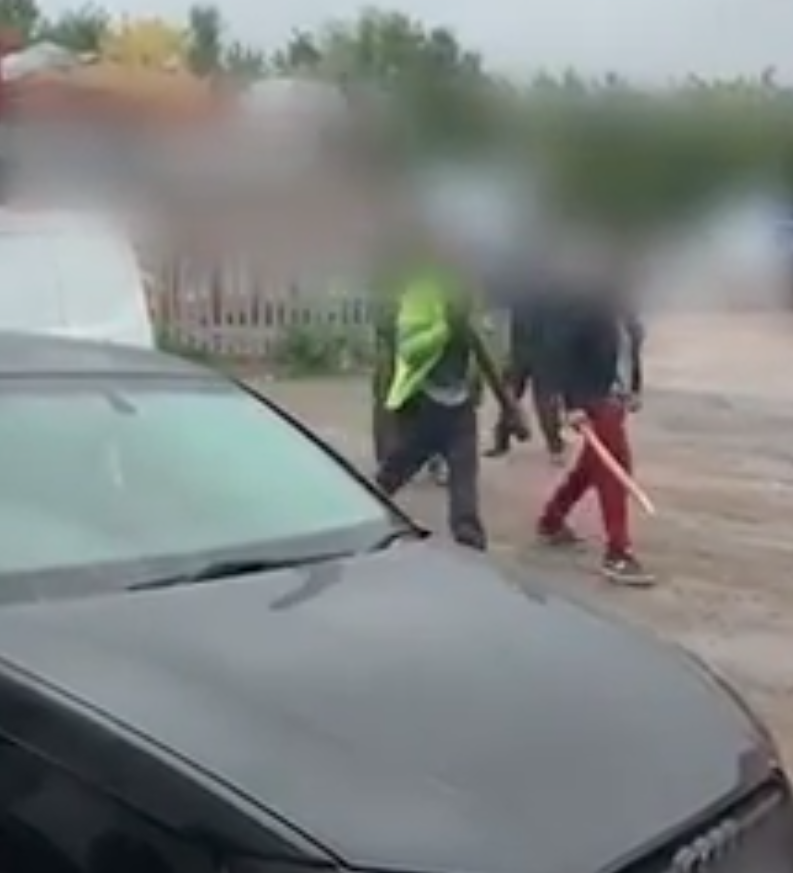 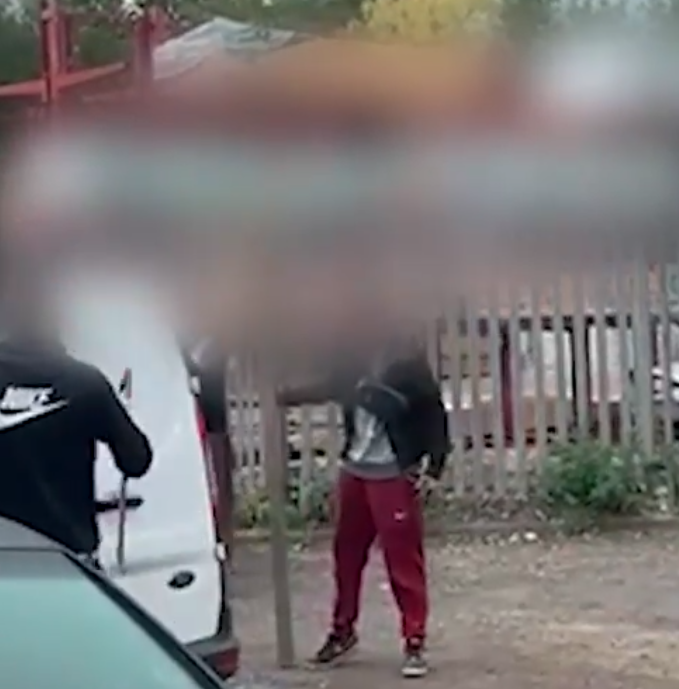 The man, who spoke anonymously, told The Sun Online that people were outside a cafe after midday on the industrial estate in Newton Heath, when the brawl erupted.

"I was told that there was a dispute… [allegedly] about payment for products, and there was something about money, and it turned into an altercation.

"Two lads pulled up, went to the small merchants, and a man came out covered with blood and he (from the merchants) said that he had been attacked with a hammer."

The bystander added: "Blood was coming down his face."

Frightening footage shows a group of men bashing a white van with planks of wood.

One angry young man yells at the vehicle's occupants: “Let’s f**king have it.”

An older man behind him can be seen clutching a long piece of timber in his left hand, while trying to stop blood pouring from a head wound with his right hand.

Witnesses nearby can be heard asking if the bleeding man is ‘alright’ while others suggest phoning for an ambulance.

At one stage tools are handed out among the group of men, who carry these along the road while also brandishing planks of wood.

One bystander can be heard calling out “woah, watch the cars man” as smashing can be heard further down the road.

Other people can be heard screaming from the video's background as the van is attacked yet again, with its windows smashed in.

At the end of the footage, it shows a woman bravely stepping in to calm down the situation – with the damaged van eventually leaving the scene.

Two lads pulled up, went to the small merchants, and a man came out covered with blood.

The bystander alleged that "others had come out of the yard to defend the man" from the yard, who had been left bleeding.

He also alleged that the situation then "escalated", with the van occupants trying to flee the scene.

"I was standing outside with my food, so was trying to keep out of the way so I didn’t get hit," he said.

The man added that those brawling "were brandishing pieces of wood, crowbars, hammers, everything.

"It came from nowhere.

"Just the van that was hit – damage included windscreen, the mirrors, it was a complete mess."

The man said a woman yelled at a "young guy to calm him down, as he was scaring cafe customers".

He alleged that as the van was being driven out of the road, to flee the group, it collided with vehicles outside the cafe.

"The police arrived shortly afterwards, but everyone had dispersed by that time – as soon as they heard the sirens they left.

"It could have been far worse because they were brandishing tools and builders' lumber.

"There was talk [from the van occupants] about bringing a 'gang in' to sort it out, and then they were told to go ahead.

"Four vehicles were damaged in total including the van," the man added. 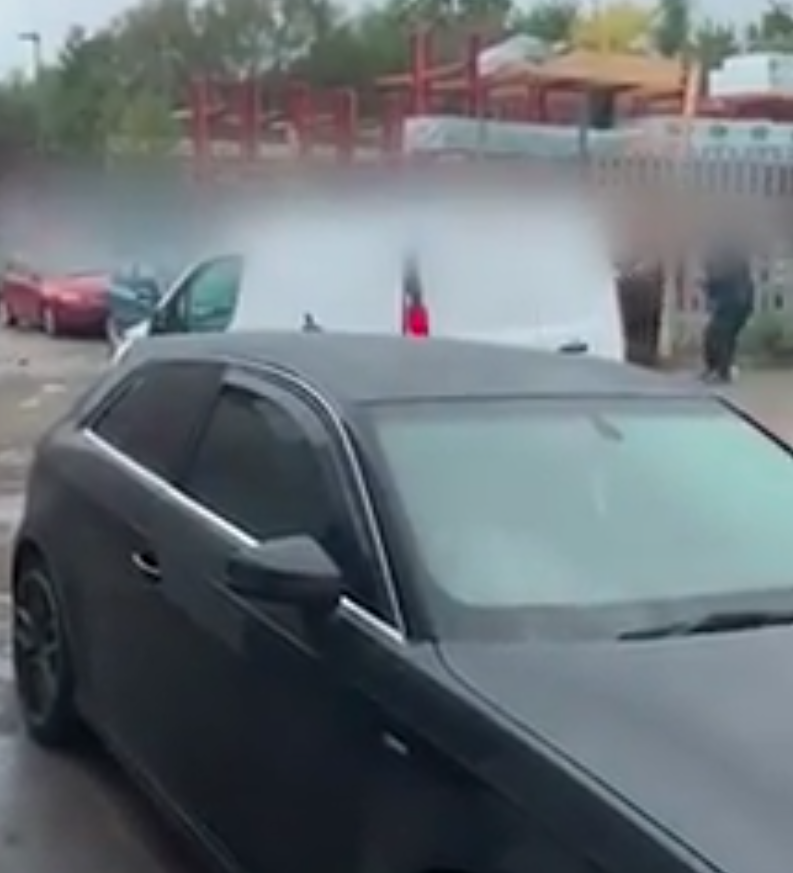 Adorable girl, 4, tells her mother how she got covered in nail varnish