Hero footballer, 13, urged coach to duck for safety when shots were fired during a middle school game – while his teammate’s mother, 41, was shot in the parking lot and critically injured

A 13-year-old ‘hero’ ran towards his teacher and urged him to duck for safety when shots were fired during a middle school football game, leaving his teammate’s mother in hospital with life-threatening injuries.

Middle school footballers in North Carolina were gathering on the playing field after a game on Wednesday night when they heard gun shots, causing some to drop to the ground and others to run for their lives.

A 41-year-old mother of one of the players was shot in the car park outside the ground and airlifted to UNC Chapel Hill where she was being treated for life-threatening injuries.

The shooting happened at around 8pm on November 16 after a middle school championship game between Lumberton Junior High and St. Paul’s Middle School as students were being awarded trophies.

Around seven shots can be heard on a video that shows the moment the students, teachers and parents let out panicked screams and scatter across the field.

The video was recorded by Bobby Holloman, 13, who was described by his teacher Don Weller, who was also there, as a ‘hero’.

In the video Holloman can be heard running over to Weller urging him to duck for safety, shouting: ‘Get down, Mr. Weller.’ The shocked teacher asks the young boy what happened, to which he replies simply: ‘Gun’.

Holloman’s mother Linda Renee Tomei, 46, was at the game and described how Holloman was in tears after the shooting as it was his teammates mother who was shot.

‘I just heard pop, pop, pop,’ said Tomei. ‘It was scary because my child’s there on an open field and I didn’t know where the shooting was coming from.’

‘It was very scary for him but he did good,’ she said. ‘He’s upset and he’s been crying.’ 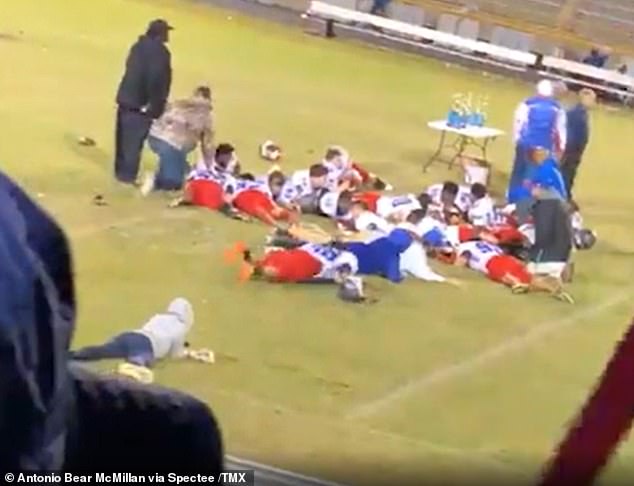 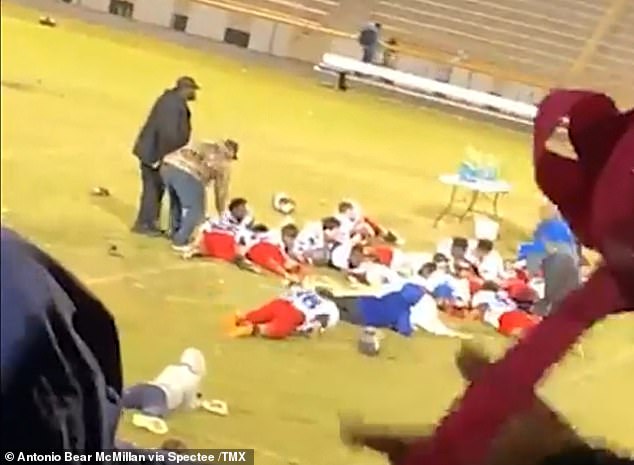 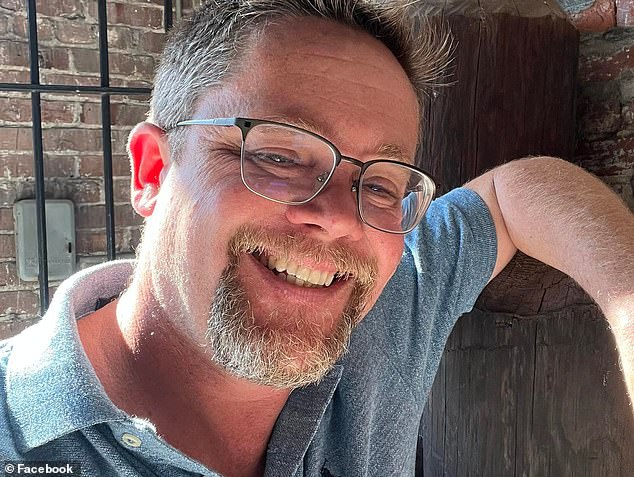 The name of the woman shot has been withheld by police but they have said that the suspect was dressed in black.

In other footage recorded from the field’s viewing gallery Holloman can be seen filming his video in the middle of the field before breaking into a sprint towards Weller.

Tre’ Britt, a school board member in Robeson county where the schools are located, posted online that the awards ceremony would be rescheduled.

‘The football players from Lumberton Junior & St. Paul’s Middle worked hard to reach that stage & they WILL BE recognized for their efforts with a trophy presentation,’ he said. 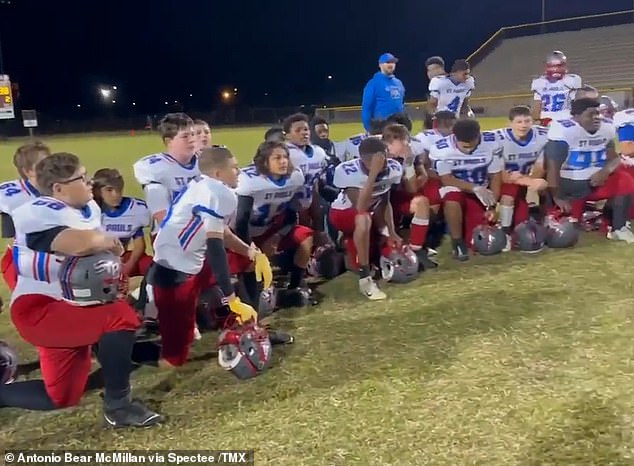 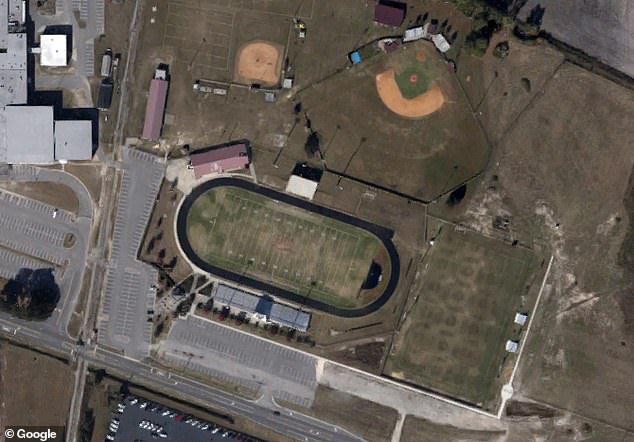 Lumberton police said that the shooting took place directly in front of the high school football ground in a the car park and left one woman, 41, with critical injuries 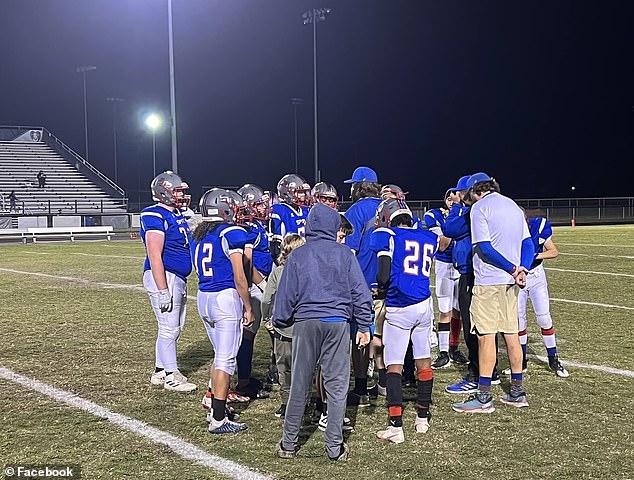 The St. Paul’s Bulldogs huddle together before the game, which they went on to win 38 to 24

Coach Quentin Gore confirmed online that no coaches or players were injured in the school’s ground.

Officers with the Lumberton Police Department, Robeson County Sheriff’s Office, North Carolina ALE, NC Highway Patrol and the ATF were all on the scene investigating the shooting.

A&E doctor, 29, hanged herself after 12-year battle with depression