LONDON Zoo prides itself on caring for endangered animals – but it is also at threat of extinction.

Animal parks and zoos were allowed to reopen on June 15 after conservationists warned the Government many were on the brink of failure. 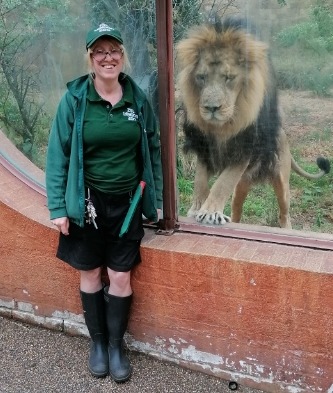 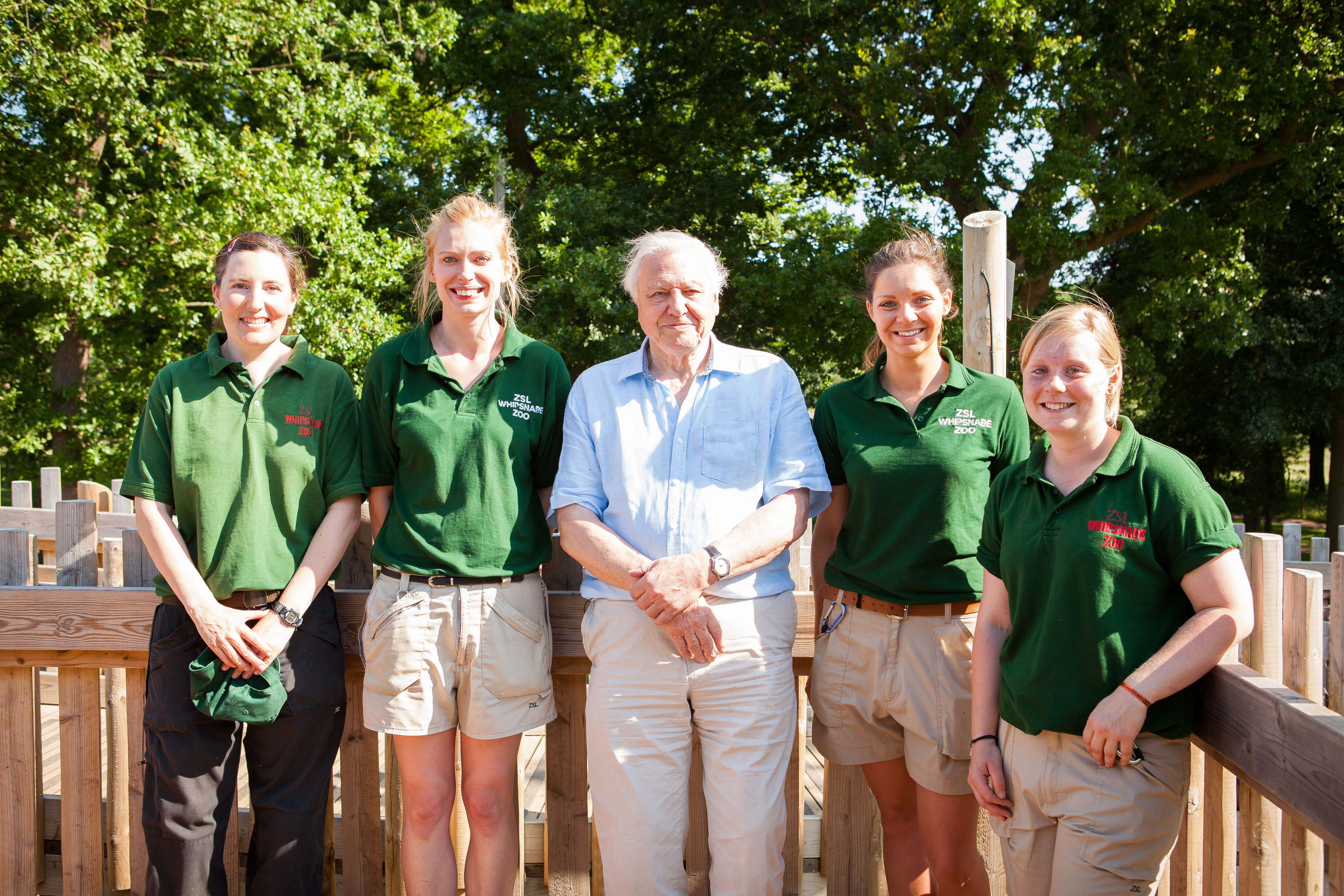 The Zoological Society of London (ZSL) estimates it has lost £7.8million in takings over Easter and the Bank Holiday weekends alone.

Despite reopening, the Covid safety guidelines have meant daily visitor numbers are just 2,000 compared to the usual 10,000 at this time of year — which has drastically reduced the zoo’s income.

ZSL now hopes to raise £12million to keep London Zoo, Whipsnade Zoo, in Dunstable, Beds and the society’s global conservation work ­running for the next year.

Sir David Attenborough, who is leading the campaign said: “The immediate prospect of the zoo going financially bust is too awful to think of.

“Are we, or are we not, a civilised community that it can’t support a zoo?”

From saving endangered species to feeding 18,000 animals, here we reveal just what goes on behind the scenes at London Zoo.

FRUIT and veg from Covent Garden is delivered three times a week costing an eye-watering £22,000 a month. 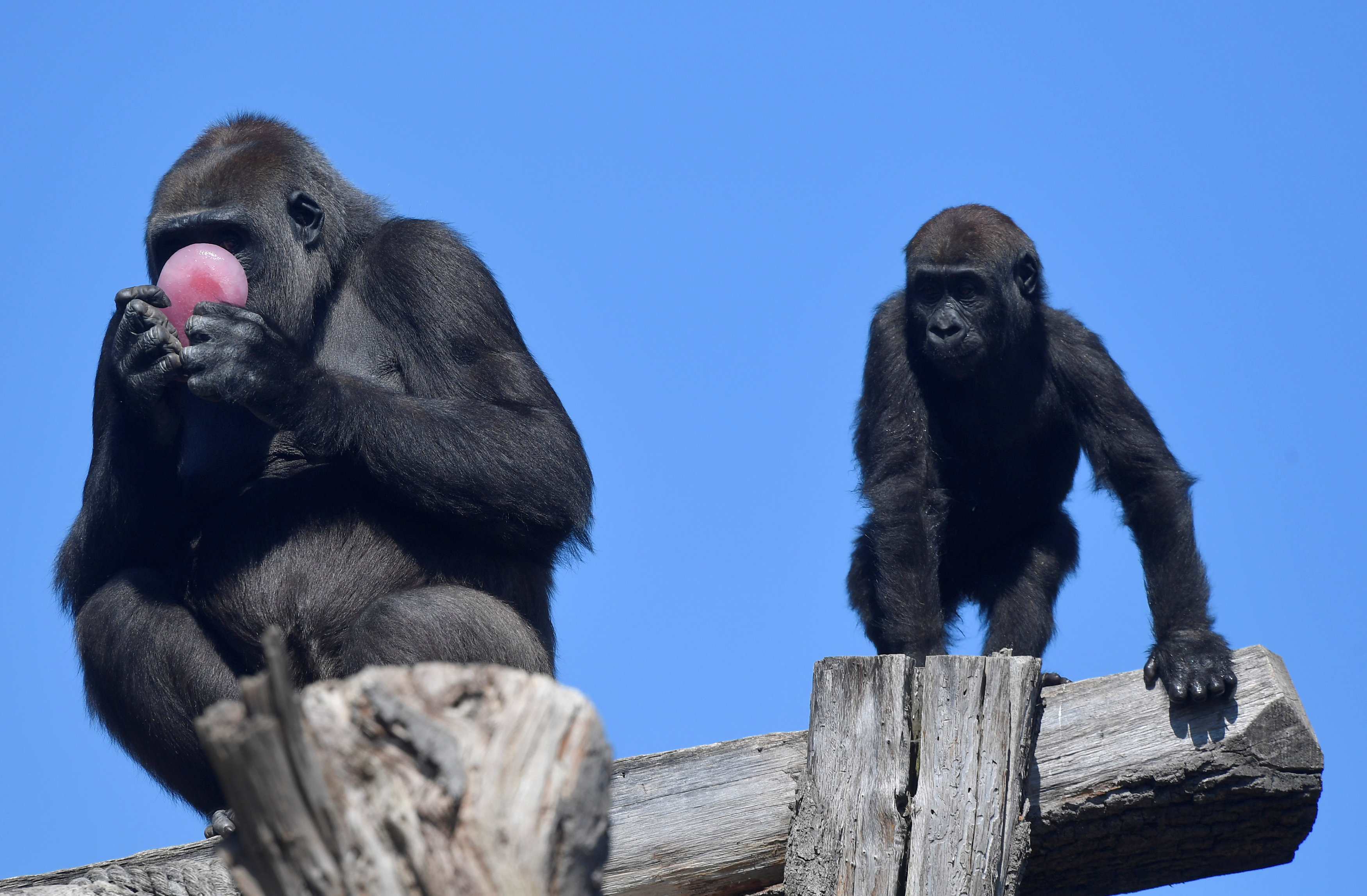 The zoo’s troop of four lowland gorillas alone will chomp through around 12.4kg in veggies every day including radicchio, lettuce, spinach, carrots and parsnips.

DURING lockdown there have been six new arrivals including four mongooses.

Otters Matilda, six, and Pip, four, also surprised staff with two additions to their family — the first newborn otters at the zoo in ten years. 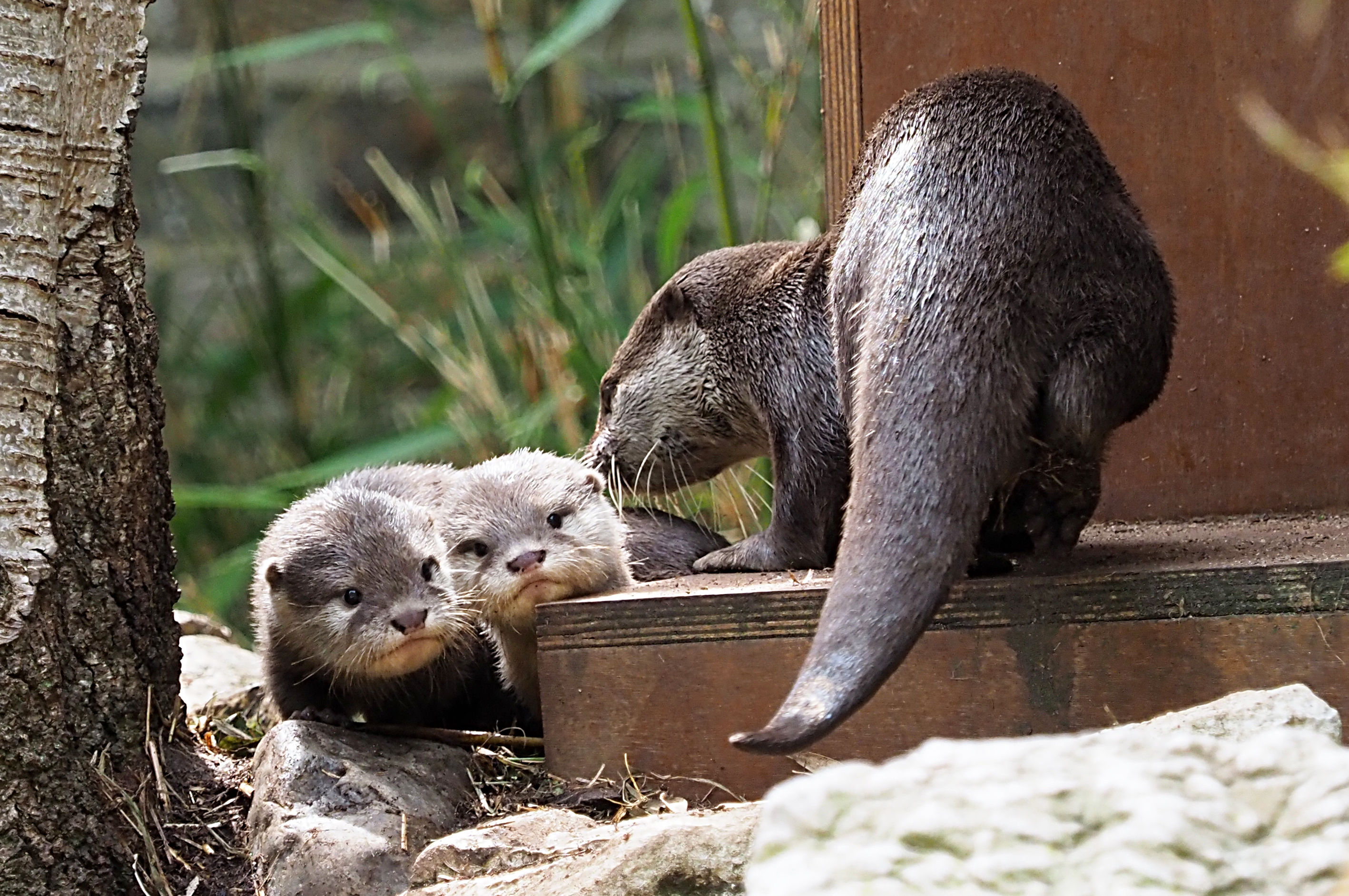 Zookeeper Laura Garrett, 32, said: “We didn’t have anything planned because it was quite a big surprise.

“I had to do a double take in case I was seeing things.”

The keepers, who named the pups Bubble and Squeak, have kept tabs on their progress by using hidden cameras.

THE zoo employs eight vets and nurses to keep their animals healthy and has veterinary hospitals at both the London and Whipsnade sites.

But for dental surgery, the zoo will call in expert Dr Peter Kertesz, who runs both a human practice in Mayfair and founded animal specialist dentist Zoodent. 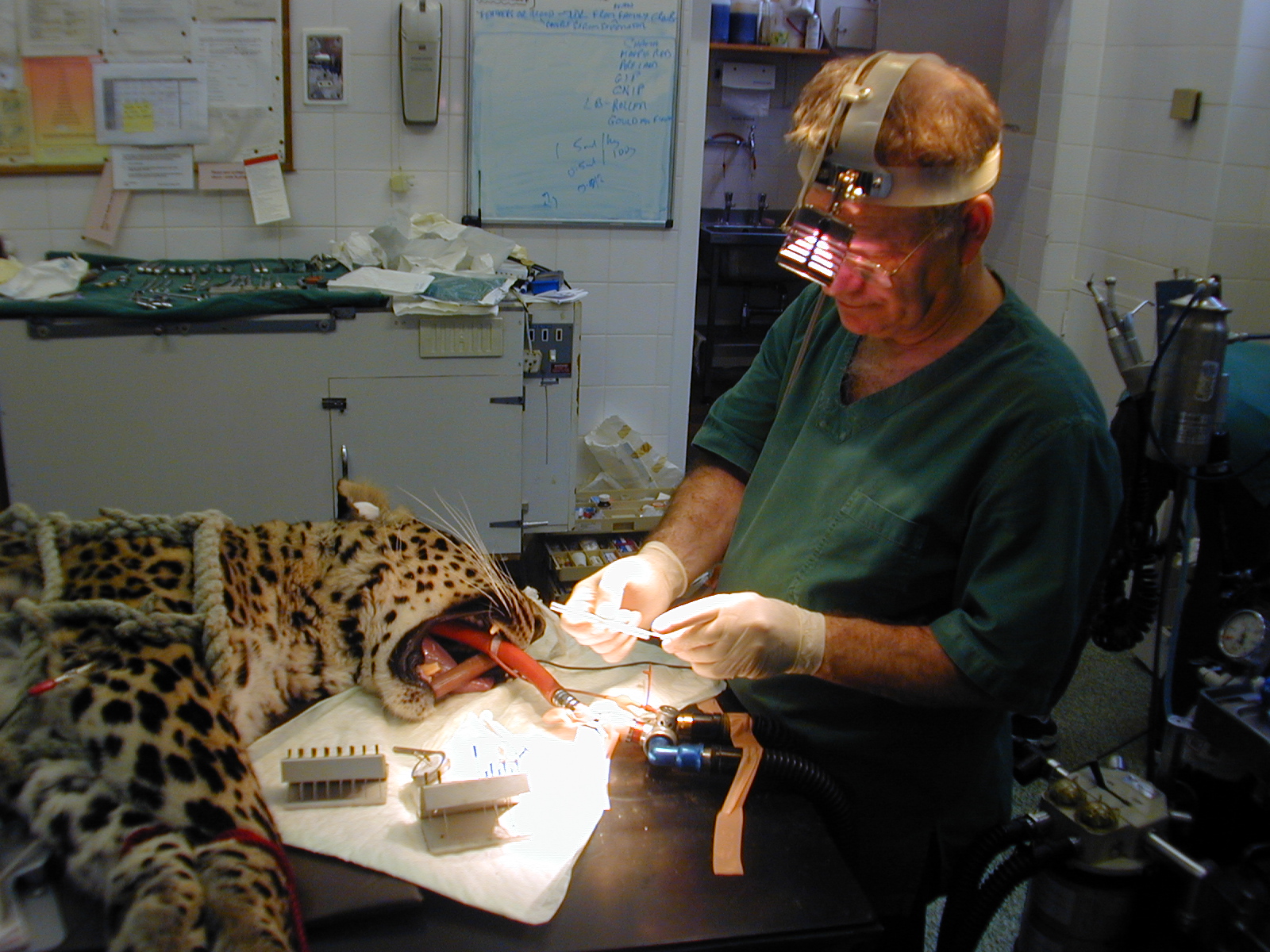 His first operation for London Zoo was on young camel May, who was suffering from an abscess in 1985.

But the challenging operation meant he had to think outside the box.

Dr Kertesz said: “We had to reinvent the surgical procedure and it has since been used around the world.

“You had to take an external approach. I was the first to use it on a non-domestic animal.”

Over the past 35 years, the dentist has operated on ­elephants, leopards and lions at London Zoo.

And dental tools and ­equipment made for humans just won’t cut it.

Dr Kertesz said: “An ­elephant’s molar is the size of a breeze block.”

KEEPERS also make sure the animals have lots of fun to keep them stimulated.

To give the zoo’s Asiatic lions the experience of hunting for prey, charity Liontrust donated a giant seesaw for them to play on last year. 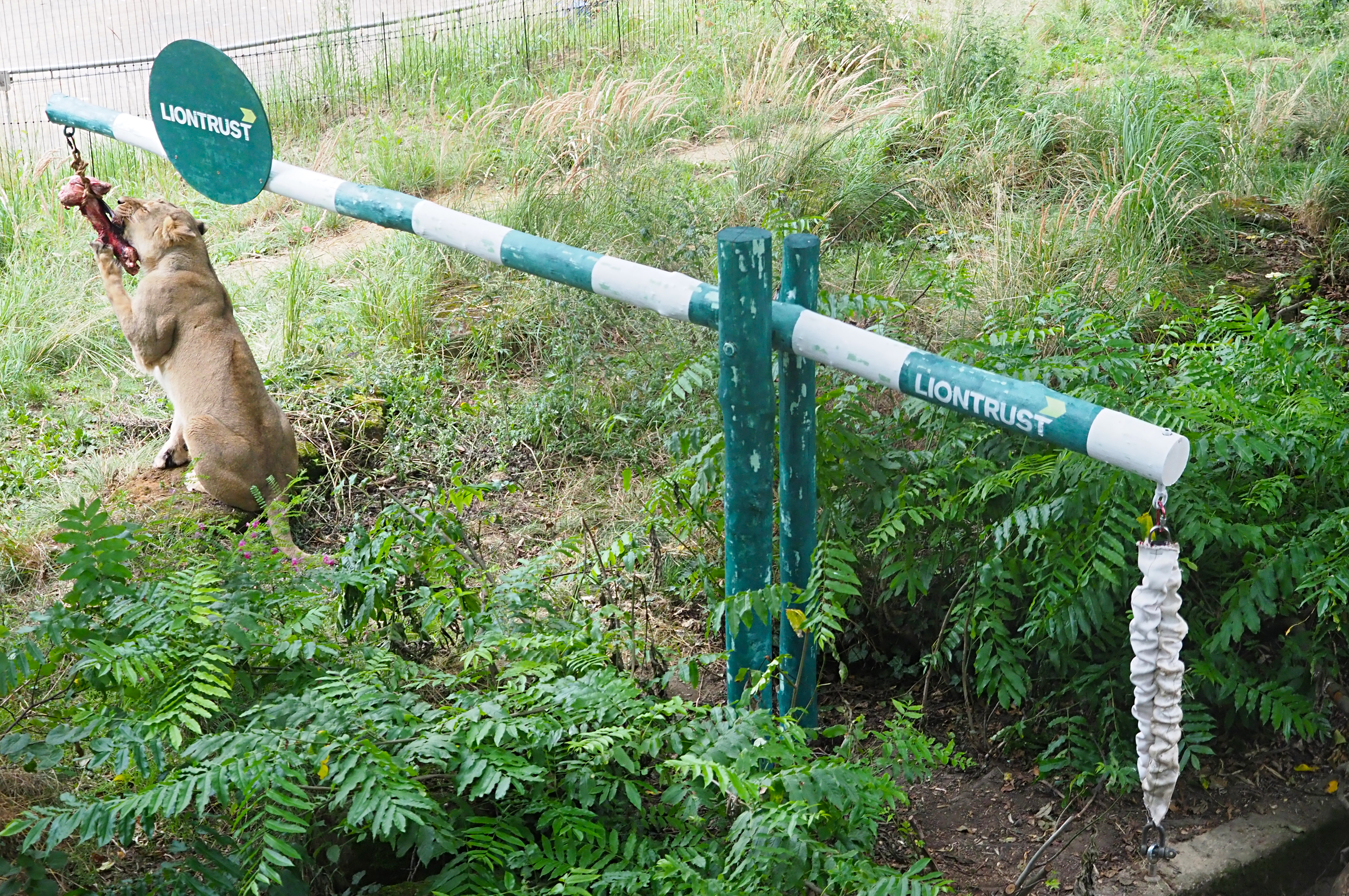 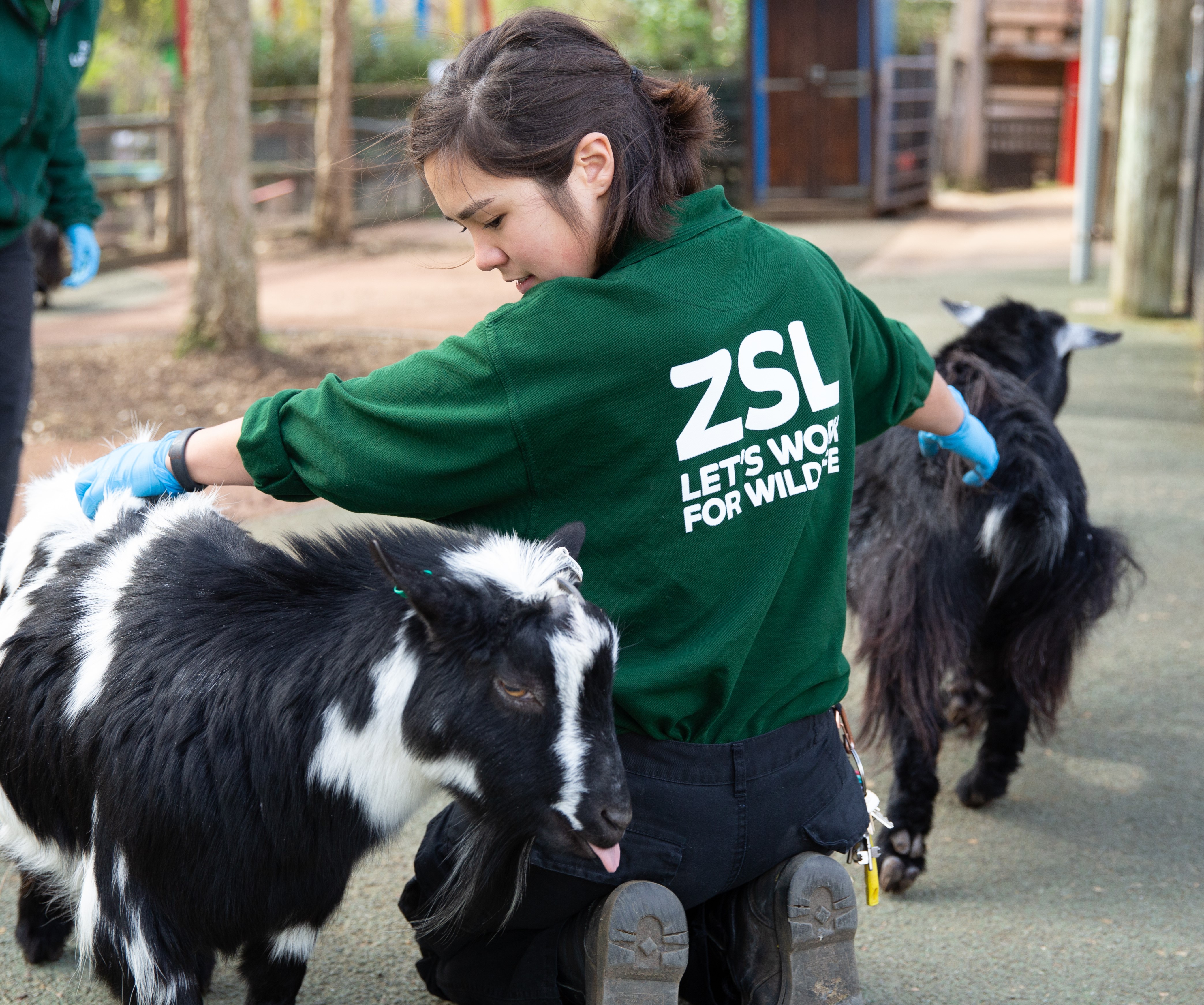 They jump on the seesaw to reach hunks of meat to mimic a wildebeest hunting experience in the wild.

But under lockdown, some of the animals have been missing their human visitors.

The pygmy goats are used to being petted and were left confused by the lack of attention.

To keep them happy, keepers have been taking it in turns to give the goats massages and cuddles.

Keeper Chelsea Reid said: “They love a good ear scratch or belly rub. A daily massage was exactly what they wanted.”

Long in the tooth

ANIMALS live much longer in captivity thanks to veterinary care and a lack of predators, and London Zoo has a growing elderly animal population.

Senior primate keeper Jacob Winfield, 28, threw a 30th birthday party for gibbon Jimmy with a cake made from monkey-friendly sweet potato and a gift of a new tyre swing. 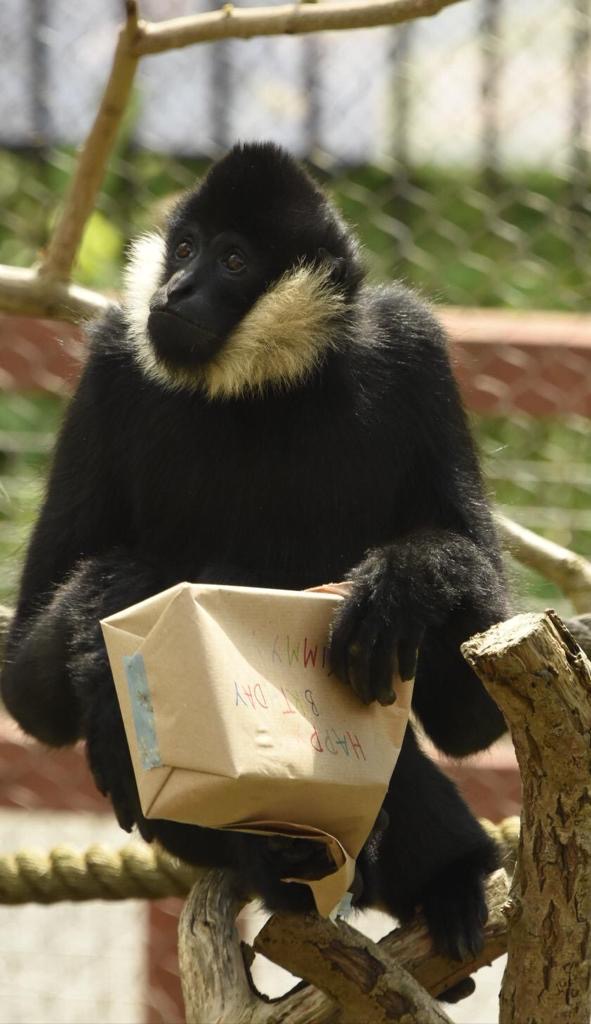 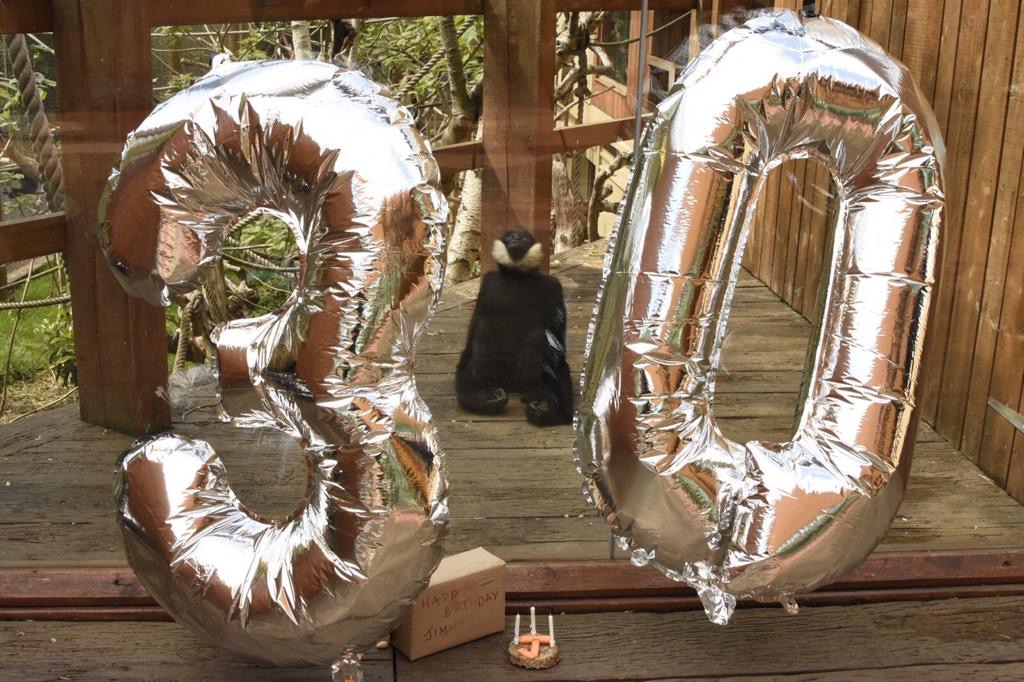 Jacob said: “We tend to do something for all of our animals for their birthday.

"But when we realised it was Jimmy’s 30th we got a bit more excited than normal.”

The gibbon arrived at London Zoo in 1997 after being cruelly kept as a pet.

Jacob said: “He’s very spritely. He’s probably the best old animal we have at the zoo in terms of fitness.

“He’s very healthy and he’s got nothing wrong with him.”

LONDON Zoo runs conservation projects all over the world and protects everything from seahorses in the Thames to rhinos in Nepal.

The zoo prioritises breeding programmes for animals such as endangered okapis, who ­number only a few thousand in the wild. 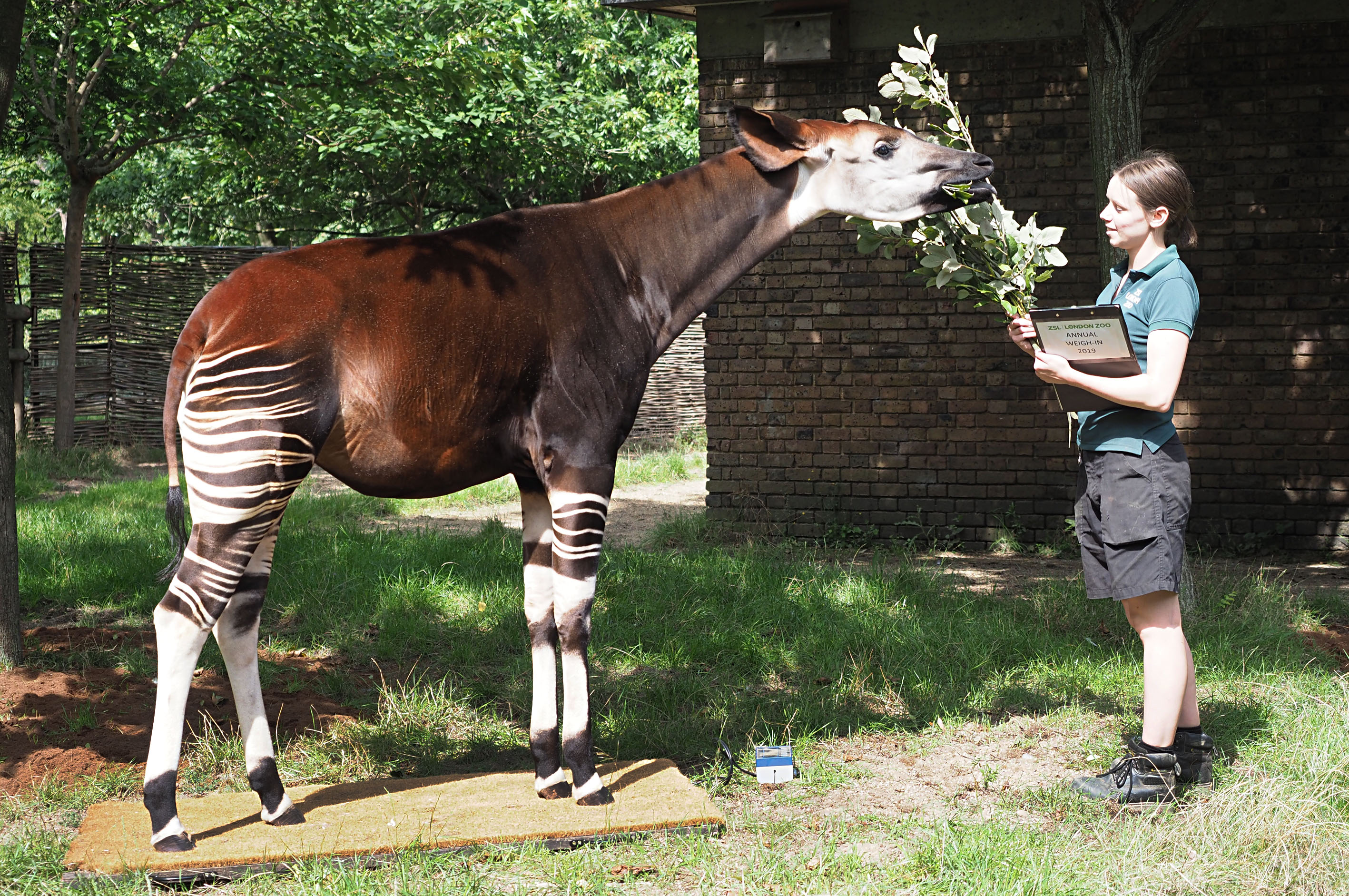 Not much is known about the shy zebra-like animals who live in the dense forests of the Congo and were only discovered in 1901.

Keeper Megan Harber, 28, trained an okapi to stand still for an ultrasound.

Oni the okapi is one year into her 14-month pregnancy and she is given ultrasounds every two weeks.

Megan said: “To get an ultrasound is quite difficult.

"You have to put the contact jelly on — which she loves to eat.

"She’ll stand for about an hour as we move the probe around her belly.

“We have more calves to stop them from being ­endangered and to bolster the ­captivity population.”

To receive The Sun’s Coronavirus newsletter in your inbox every tea time, sign up here.

Get Britain’s best-selling newspaper delivered to your smartphone or tablet each day – find out more.

Young monks sob as they have heads shaved during Buddhist ceremony

In Britain, forget a democracy sausage. Or any shred of community spirit, really

ALEXANDRA SHULMAN'S NOTEBOOK: A woman was terrified by man on a bus