This is the impressive moment a skateboarder pulls off a parkour-style flip while using nunchucks.

The footage, captured at Garvanza Skatepark in LA, shows Cristian Ballesteros, 25, skating up a quarter-pipe ramp before performing a front flip.

As he rolls in mid-air, Christian spins the martial arts weapon around before landing the jump perfectly. 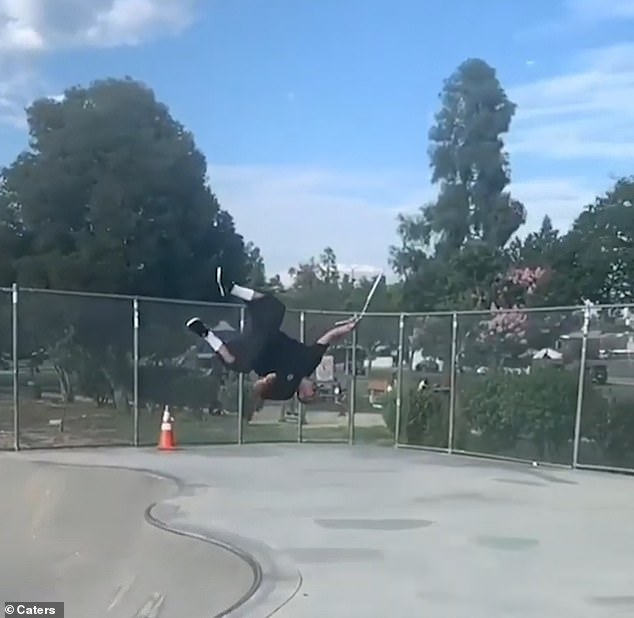 Cristian Ballesteros, 25, effortlessly front flips off his skateboard while using nunchucks during a cool trick filmed at Garvanza Skatepark in LA

The short clip shows Christian approaching the ramp at speed before ditching his board and going into a front-flip.

Christian makes sure to keep the nunchucks at arms length as he spins through the air and ensures his eyes are on them at all times.

After making a perfect turn he lands on his right foot then shows off skills by jumping towards the metal fence – all while still twirling the nunchucks.

He then bounces off the fences and spins around one more time before stopping to use the martial arts item. 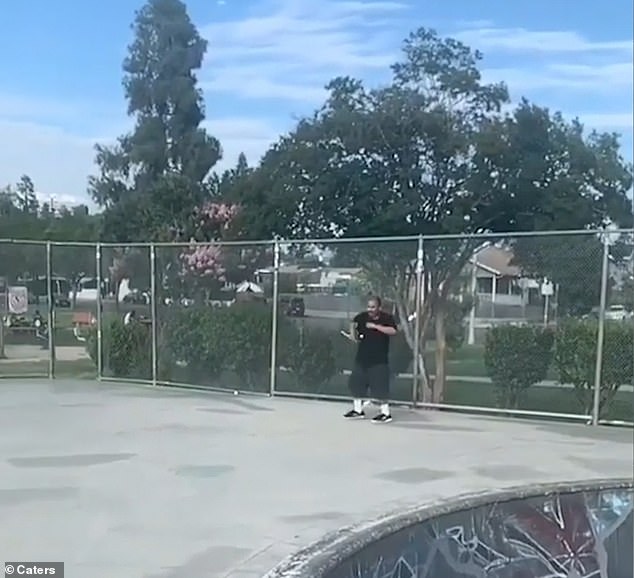 After making a flip Christian shows off his skills by jumping towards the metal fence, while still twirling the nunchucks

‘I was just messing around with my friends, having fun, but I tried to mix parkour with martial arts and skateboarding at the same time,’ he explained.

Nunchucks, or the nunchaku, are a traditional Okinawan martial arts weapon consisting of two sticks connected at one end by a short chain or rope.

They are widly used in karate as the item helps to develop people’s speed of hand movements.

NYPD captain faces charges for showing up late to emergencies

NYC’s DOE has given up on education during coronavirus lockdown

Michelle Keegan has opened up about her imposter syndrome – but what exactly is it?

The Women Behind the First All-Female Sports Broadcast in History